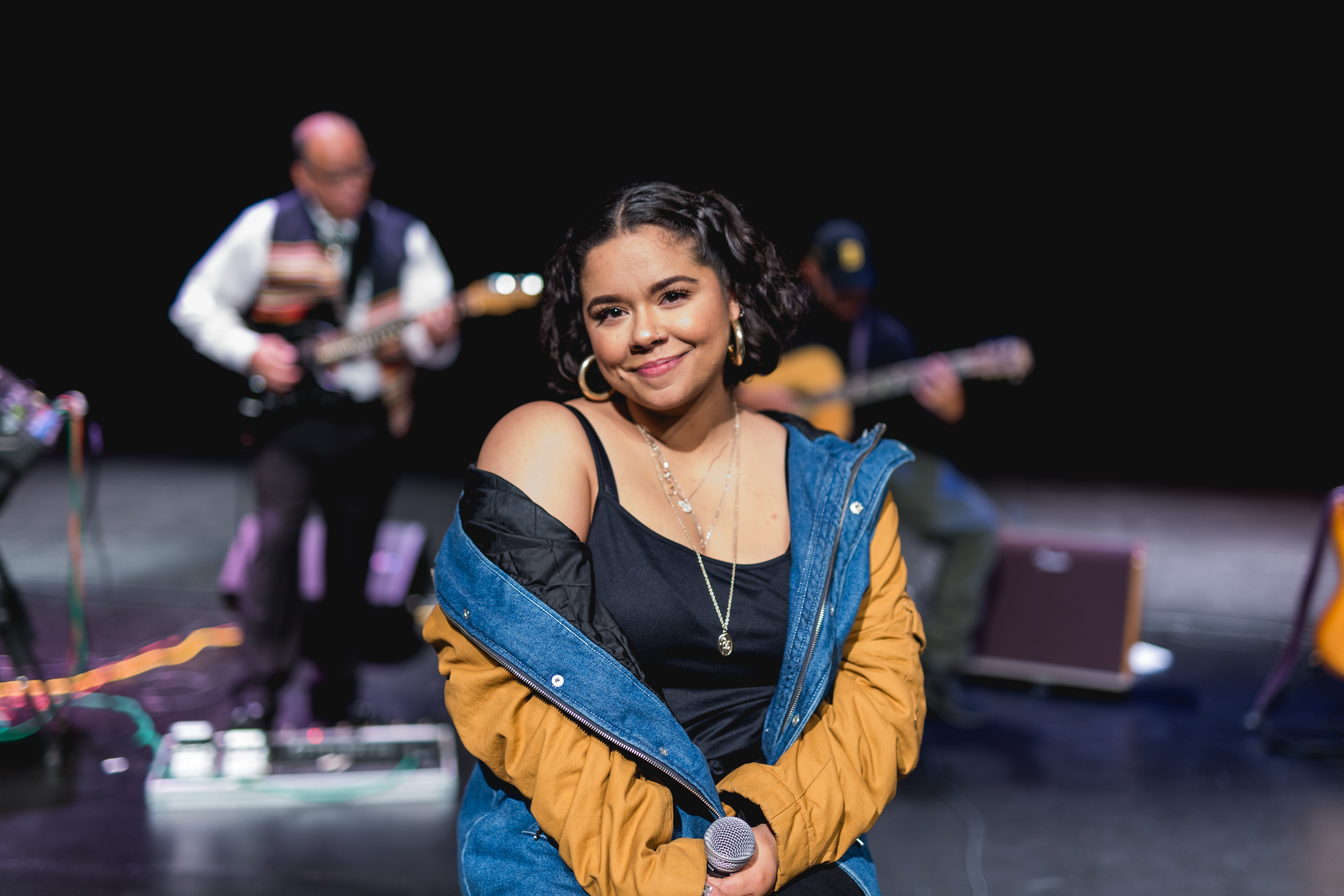 Brooke Simpson, a Haliwa-Saponi vocalist, songwriter, and finalist on NBC’s hit talent-competition show “The Voice,” is the latest North Carolina musician to take part in Come Hear North Carolina’s series “In the Water.”

Created in 2019 for the official North Carolina Year of Music, “In the Water” is an intimate online concert video series showcasing the places that shape the sounds and souls of participating musicians. Video recordings of “In the Water” sessions by Rhiannon Giddens, the Mountain Goats, Mary Lattimore and Vanessa Ferguson are available here.

Simpson chose the Dunn Center to record her “In the Water” session last September because she performed there shortly after finishing third place on “The Voice,” in 2017.

“We’ve done a lot of shows since I had my time on ‘The Voice,’ but the energy in this room. . .  was like nothing I’d ever experienced,” says Simpson. “I wanted to come back here.”

Born and raised in Hollister, N.C., Simpson grew up in an evangelical family that traveled the South singing and preaching the gospel, and she joined her parents’ music ministry at the age of seven. Simpson reflects on her early musical experiences, her identity as a Native American woman and her gospel roots throughout her “In the Water” session.

Watch Brooke Simpson's "In the Water."

Simpson performs “Little Bit Crazy,” “Perfect,” “Faith,” (a tribute Simpson wrote in the aftermath of the 2012 murder of fellow Haliwa-Saponi Faith Hedgepeth) and “Took Me Out of Egypt,” which features her parents, Mike and Jimille Mills.

Previous “In the Water” sessions presented Mary Lattimore performing from the Chapel of Rest, in historic Happy Valley, near Lenoir, N.C. (located between her hometowns of Asheville and Shelby), while discussing the impact of North Carolina on her music. Greensboro native Vanessa Ferguson then performed at the childhood home of Nina Simone, in Tryon, N.C., as part of an effort to save and preserve Simone’s birthplace. The Mountain Goats debuted their song "Let Me Bathe in Demonic Light" in John Coltrane's birthplace of Hamlet, N.C., and discussed the jazz great's immense influence on the band. Rhiannon Giddens paid tribute to the victims of the Wilmington insurrection of 1898 for her “In the Water” session at Cucalorus Film Festival’s headquarters.