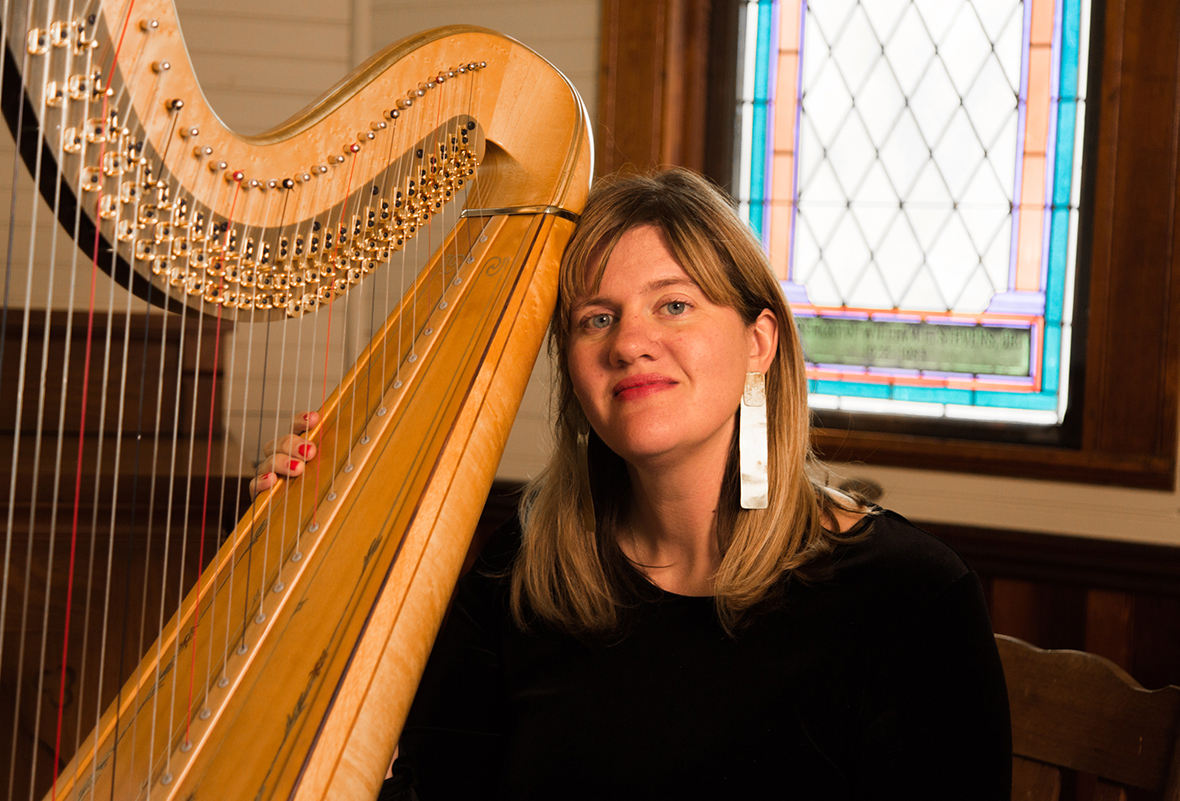 Come Hear North Carolina premiered In The Water, a live session series featuring North Carolina musicians performing in unique, meaningful locations in the state, today as part of the Year of Music celebration.

In The Water kicks off with an episode featuring the renowned avant-garde harpist Mary Lattimore, who grew up between Asheville and Shelby before launching an impressive solo career that has included collaborations with indie rock luminaries like Arcade Fire, Kurt Vile, and Mac McCaughan. This debut episode sees Mary perform at the Chapel of Rest in Historic Happy Valley, near Lenoir, N.C. (located halfway between Asheville and Shelby) while discussing the impact of North Carolina on her music.

“North Carolina is always a place that I’ve come to,” says Lattimore who currently lives in Los Angeles. “No matter where I am, I always come home. I love living in big cities, but there’s also part of me that likes to be very quiet, and I think that comes from being around those kinds of environments growing up.”

Billboard has shared an excerpt from the first episode of In The Water, which features Mary performing “It Feels Like Floating” from her 2018 album Hundreds of Days mixed in with reflections on childhood summers at Atlantic Beach, N.C. that helped inform the song. This extended version also includes performances of her original compositions, “Otis Walks Into The Woods” and “For Scott Kelly, Returned To Earth.”

Wayne Martin, Executive Director of the North Carolina Arts Council, was on site for Lattimore’s performance.

“Happy Valley in western North Carolina is where the Yadkin River tumbles off of the Blue Ridge escarpment into the foothills of the western piedmont. The beauty of the valley is matched by the richness of local culture; in particular, residents express themselves through their music traditions, which range from fiddle tunes to chamber music, from folk ballads to church hymns and from piedmont blues to swing and jazz standards,” Martin said. “It seems fitting that Mary Lattimore, who first learned to play the harp in the North Carolina mountains and weaves diverse musical genres into her compositions, should perform an In the Water concert at the historic Chapel of Rest.” 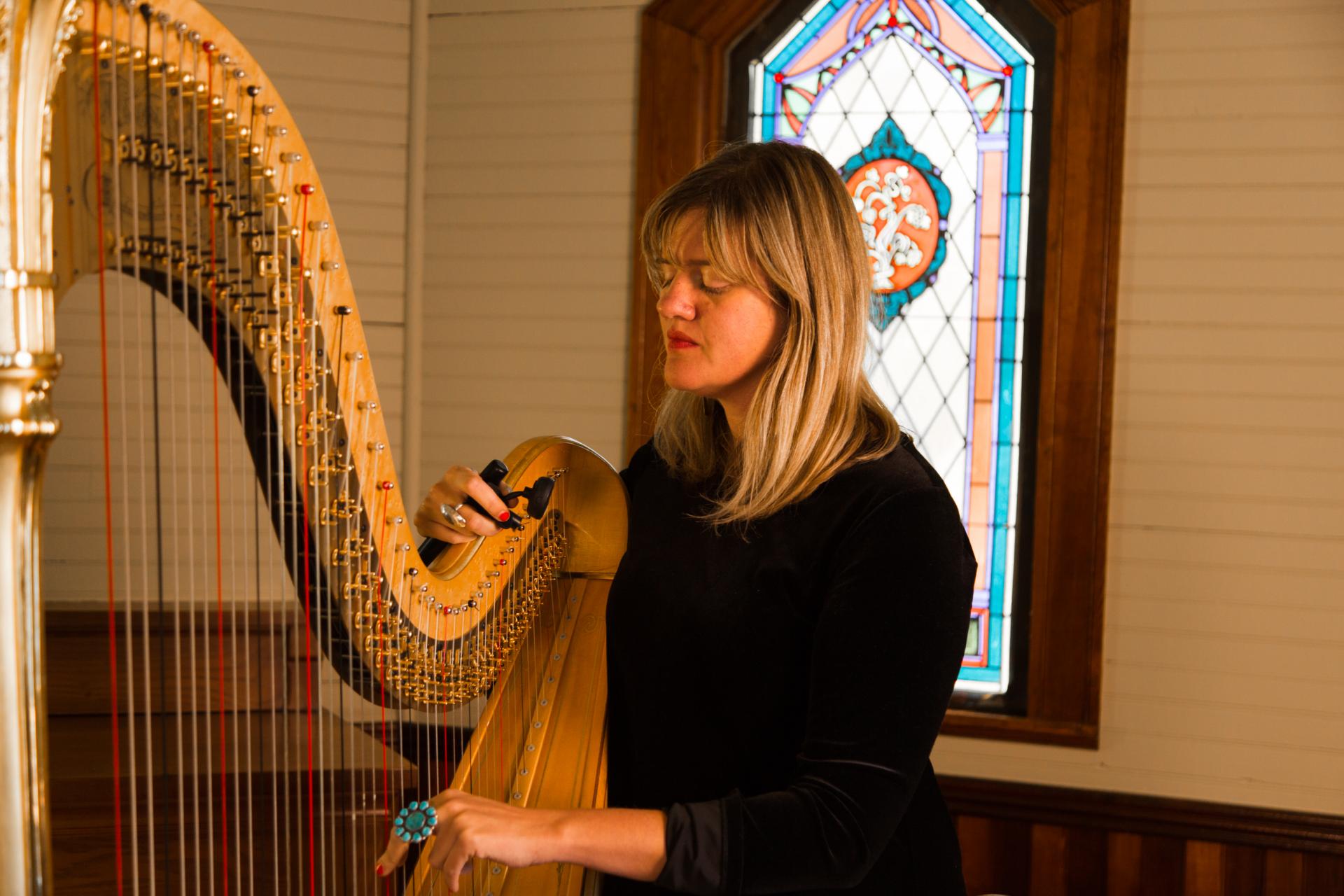 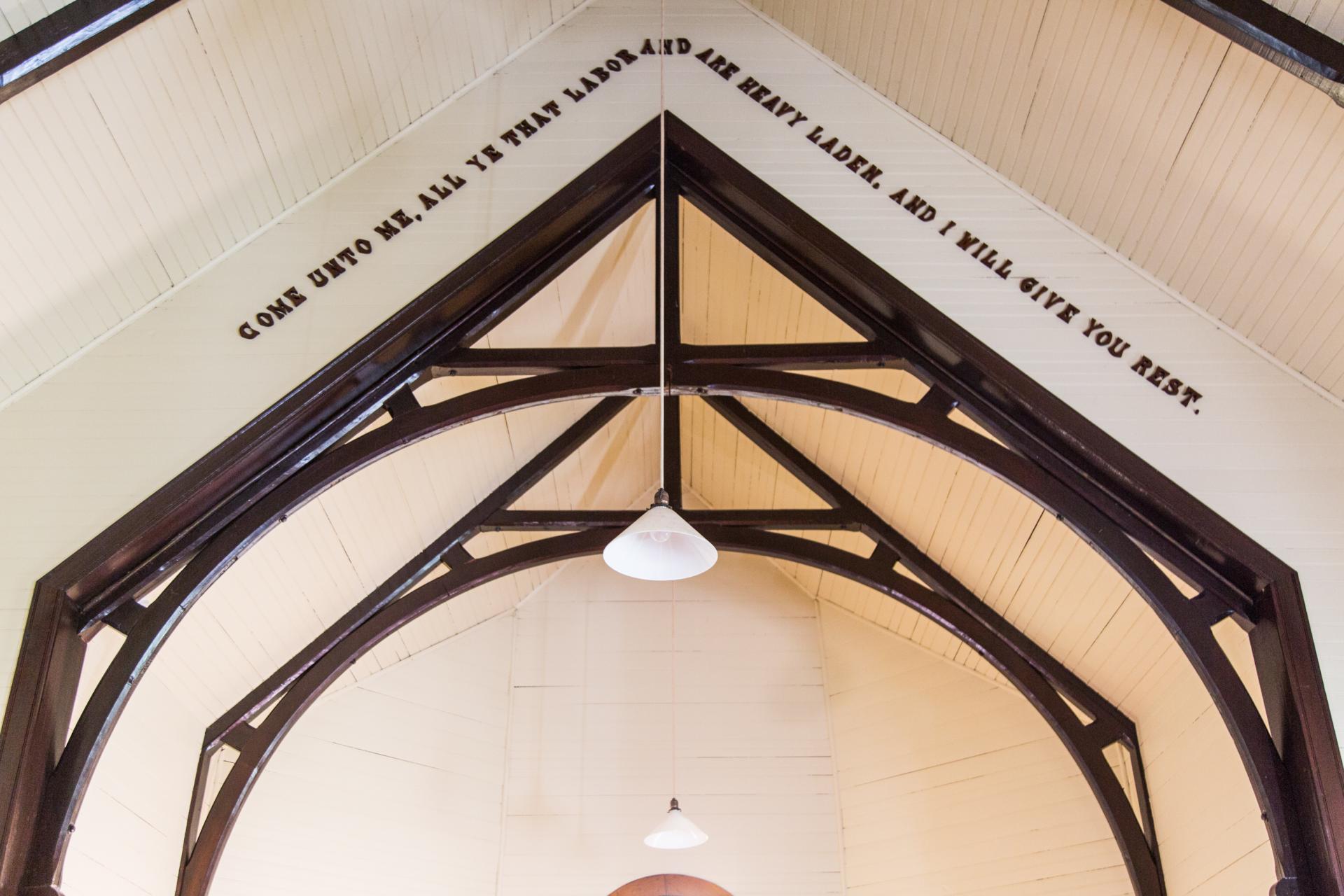 The original Chapel of Rest was built in 1887 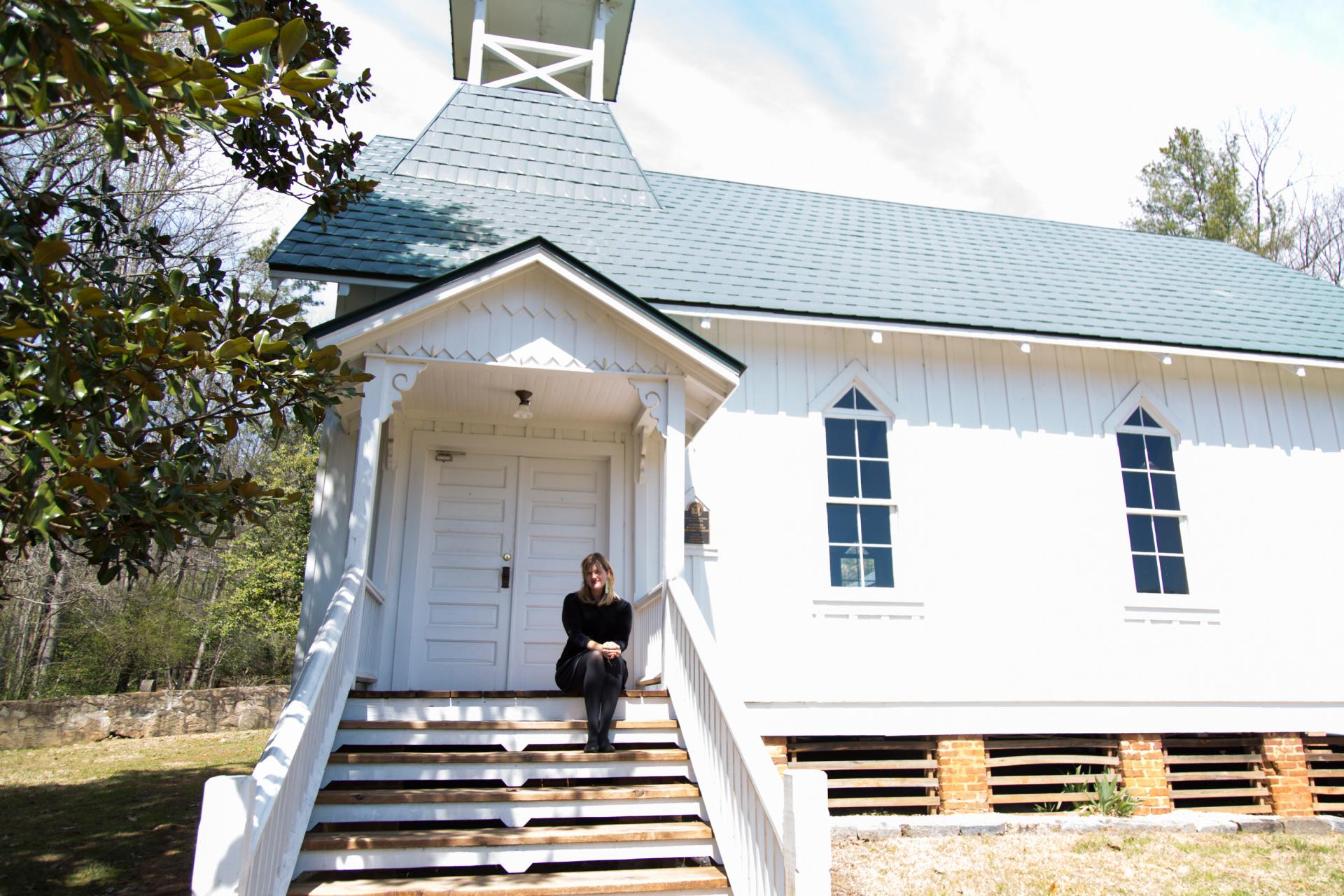 Mary Lattimore at the steps outside of Happy Valley's Chapel of Rest
Liza Plaster, of the Chapel of Rest Preservation Society, explains the history of the church which is on the National Register of Historic Places.

The original Chapel of Rest was built in 1887 at the request of Samuel Patterson. The chapel was used by attendees of the Patterson School, a boarding school adjacent to the church. A fire destroyed the original building in 1916, but the church was rebuilt in 1917. In 1984 a group of passionate community members formed the Chapel of Rest Preservation Society and obtained the lease and later the rights to restore the church. In 2005 the Chapel of Rest was added to the National Register of Historic Places, and it is used today for arts programming and weddings. Learn more here.

Upcoming episodes of In The Water will feature performances from The Mountain Goats in Hamlet (John Coltrane’s hometown), Rhiannon Giddens in Wilmington (where she is currently writing a musical about the city’s insurrection of 1898), Snowhill, N.C. native Rapsody, and a special performance from Vanessa Ferguson (The Voice) at Nina Simone’s childhood home in Tryon. Each episode of In The Water will feature a three- to four-song performance, as well as environmental footage and narration from the artist. The goal is for these elements to collectively paint a picture of the spaces - both literal and metaphorical - that shape the sounds and souls of each musician.