Projects range from the Vollis Simpson Whirligig Park in Wilson, N.C., one of our first SmART Communities projects, to a transportation gateway plan that will bring visitors off of the highway into the crafts rich mountain town of Burnsville, N.C., to the eastern N.C. community of Kinston that serves as the hub for the African American Music Trails of Eastern North Carolina and home to the Kinston Music Park.

In each SmART community, creative placemaking projects have animated public spaces, revitalized downtowns, and amplified the success of local businesses.

Seven towns are in the SmART Communities program and are using art to revitalize their downtowns. 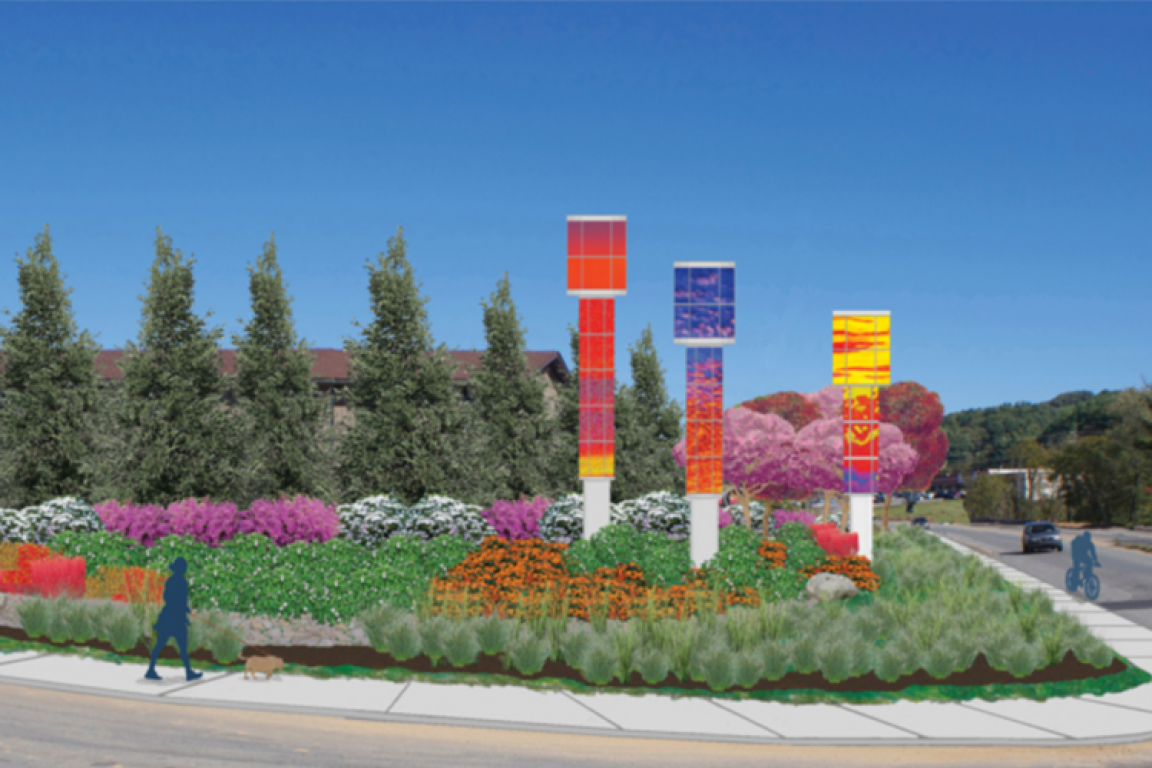 Burnsville, in western N.C. is a hidden gem off Highway 19E. As the N.C. Department of Transportation started to widen the road, the N.C. Arts Council and local partners engaged public artist Jack Mackie of Seattle to create The Burnsville Gateway, a stunning glass gateway designed to be a beacon to drivers, heralding the arrival at a unique destination. Renowned local glass artists have helped develop the prototypes and have created over a thousand glass globes that will fill the towering 30-foot sculptures. The first glass telescope was installed in spring 2019. 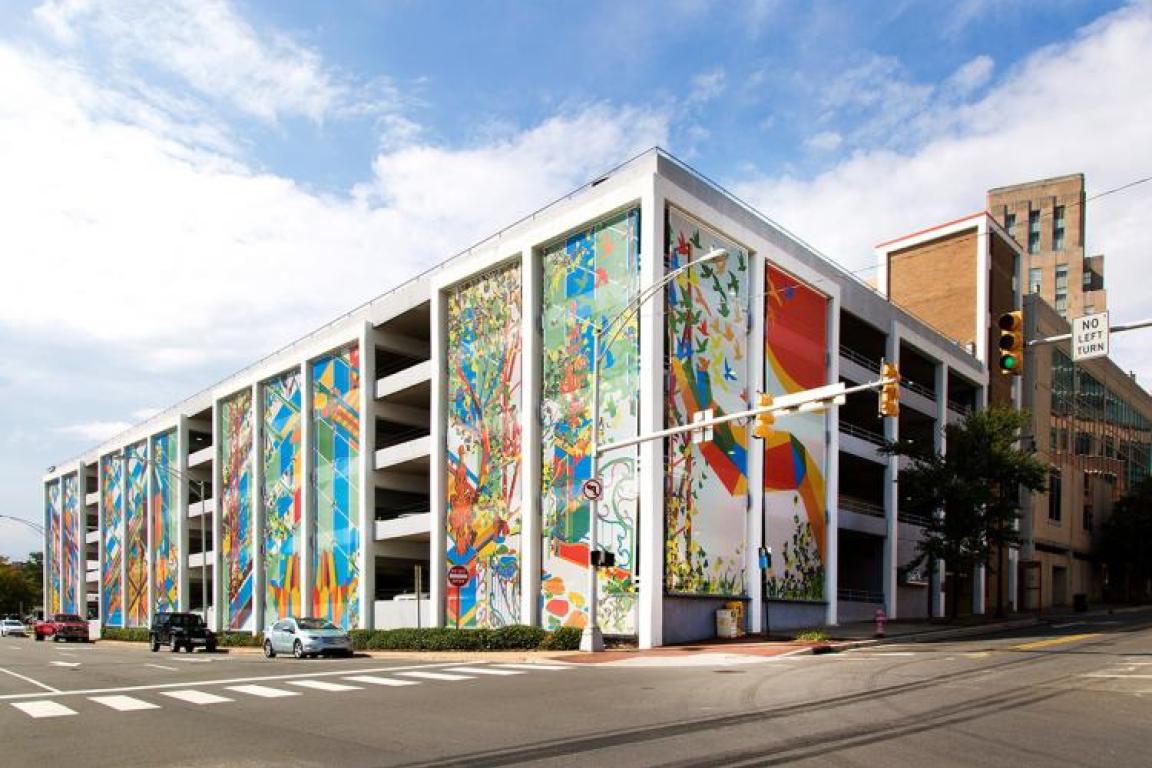 The Durham SmART team selected Mikyoung Kim Design to re-imagine the rapidly transforming north-south corridor as a vibrant arts and economic district that reflects the city’s unique character. The first project developed based on the vision plan was LEk Jeyifous’s Durham in Continuum, a stunning set of 12 banners covering a parking garage, that encourages pedestrians to cross railroad tracks located near the American Tobacco Campus and walk into downtown. 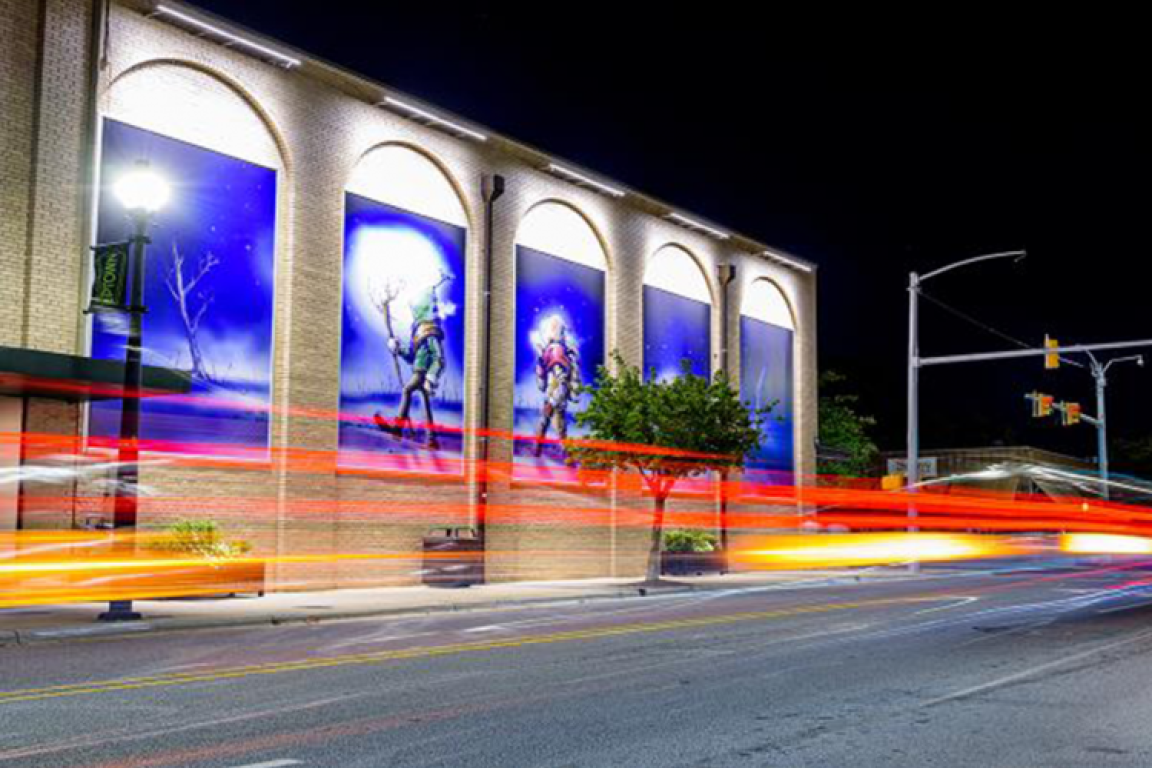 Greenville is poised to be the cultural hub of eastern North Carolina with assets like the Greenville Museum of Art, Emerge Gallery, the Billy Taylor Jazz Festival and East Carolina University’s strong performing and visual arts programs. Greenville is also home to Vidant Medical Center, the teaching hospital for ECU’s Brody School of Medicine, and the primary referral hospital of eastern N.C. City leaders recognize investing in the arts infrastructure of Greenville is key to attracting and retaining talent. 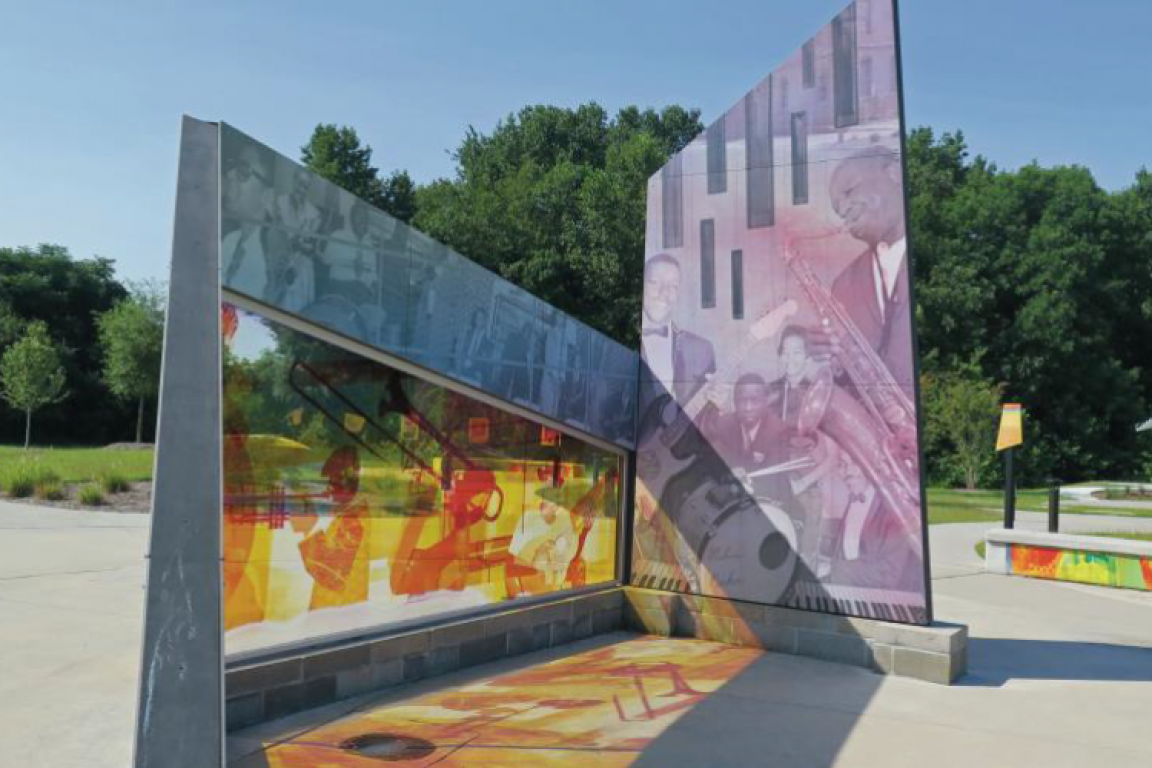 The Kinston Music Park, dedicated in 2014, celebrates the important contributions of eastern North Carolina musicians. The park is filled with vibrant art work, listening stations, and has a stage area for performances. The Kinston SmART team selected public artist Vicki Scuri to create a vision plan to enhance Queen Street, the major thoroughfare, and connect the music park to the Kinston Arts Council, the River Arts Walk and Arts and Cultural District. 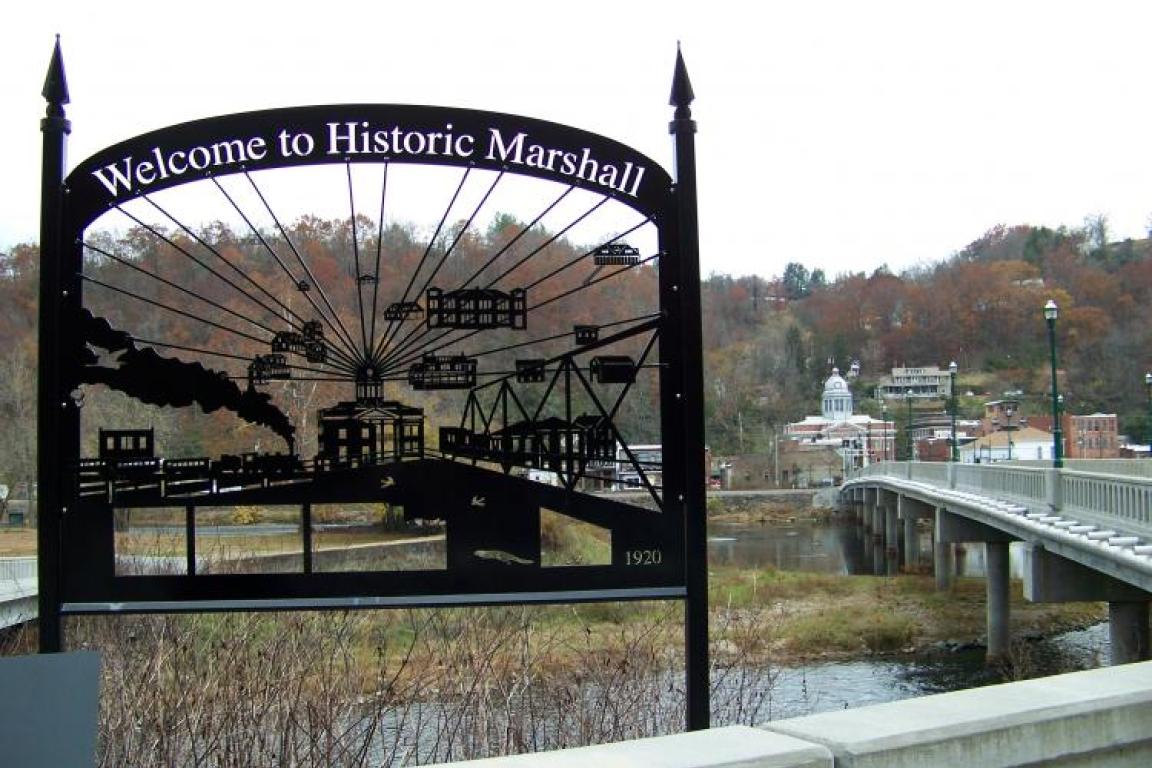 Marshall is a historic mountain town nestled between the Blue Ridge Mountains and the French Broad River. Just 20 miles north of Asheville, Marshall’s mix of tradition, creativity, and community attracts visitors from across the region. Across the bridge from downtown, Blannahassett Island is a 10-acre oasis along the French Broad River that provides locals greenspace, access to the river and hosts many of Marshall’s outdoor festivals. The island is also home to Marshall High Studios, a restored, historic school that houses 26 working artists. 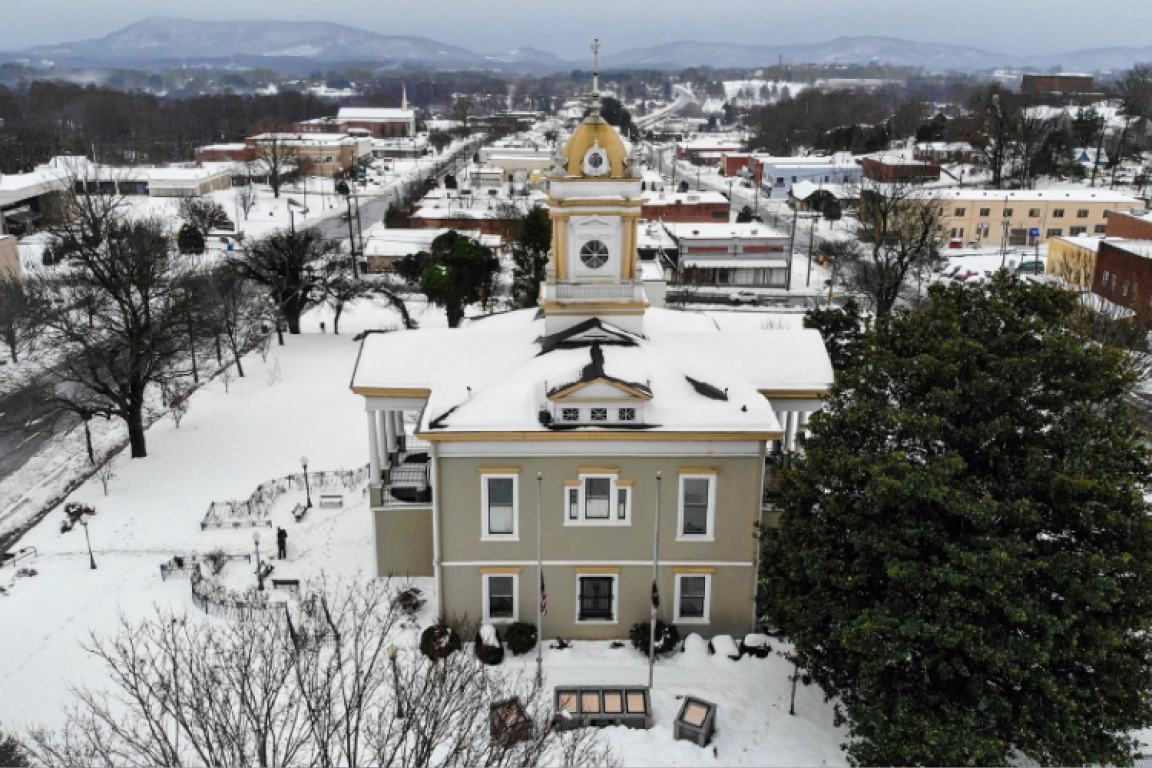 Morganton sits on the Catawba River in the foothills of the Blue Ridge Mountains. Known as “Nature’s Playground,” Morganton is surrounded by scenic rural landscapes, abundant outdoor adventure opportunities and a thriving downtown. Morganton is also home to a beautiful downtown square anchored by the Historic Burke County Courthouse. 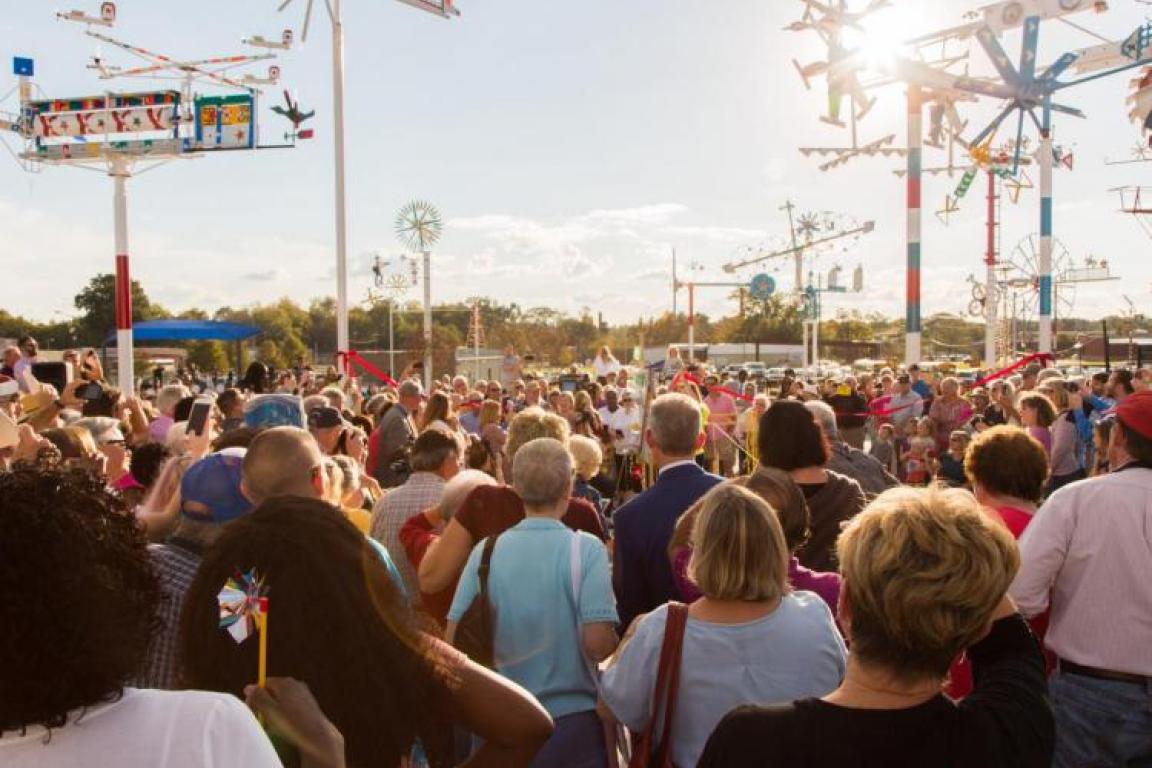 Once the world’s largest tobacco market, Wilson is now the home of Vollis Simpson Whirligig Park. With the N.C. Arts Council's support, the City of WIlson and local partners relocated thirty of acclaimed visionary artist’s monumental “whirligigs” from his rural farm home in Lucama, restored them to their original condition and built a park to display them in downtown Wilson. More than $50 million in private development has occurred in downtown WIlson since the project began. The park opened in November 2017 and is a national model for creative placemaking.