In 2010, the City of Wilson purchased land to develop a park in downtown Wilson that would showcase the work of renowned local artist and inventor Vollis Simpson. The project was designed to revitalize downtown Wilson, spur economic growth and preserve Simpson’s iconic artworks.

City leaders established conservation headquarters in a downtown warehouse and 30 whirligigs were relocated from Simpson’s farm for restoration. Local workers were trained in museum-standard conservation techniques, and after years of meticulous care, the Whirligigs were permanently placed in the Vollis Simpson Whirligig Park. Since the park’s opening in 2017, visitors have come from around the world to experience these stunning wind-powered artworks. 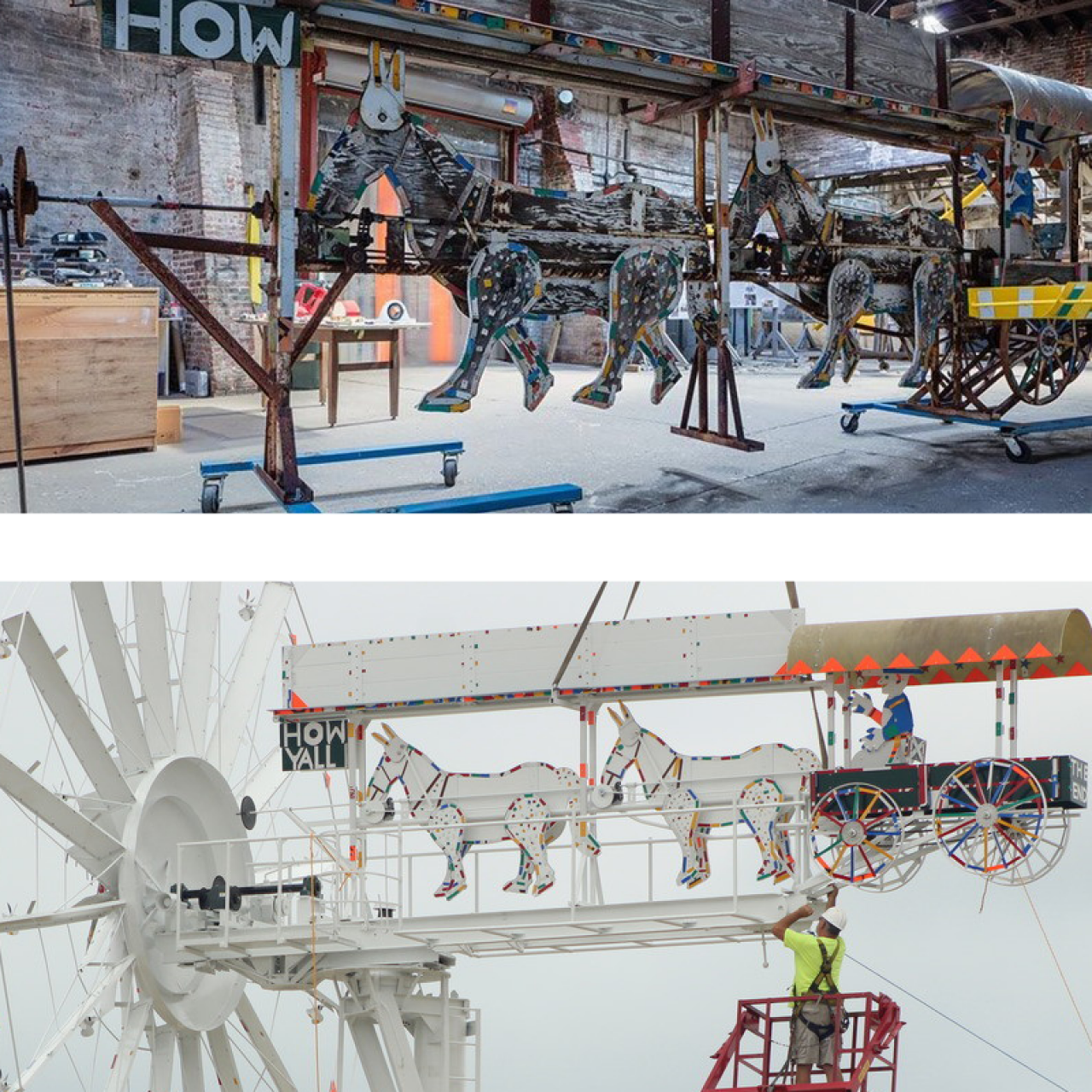 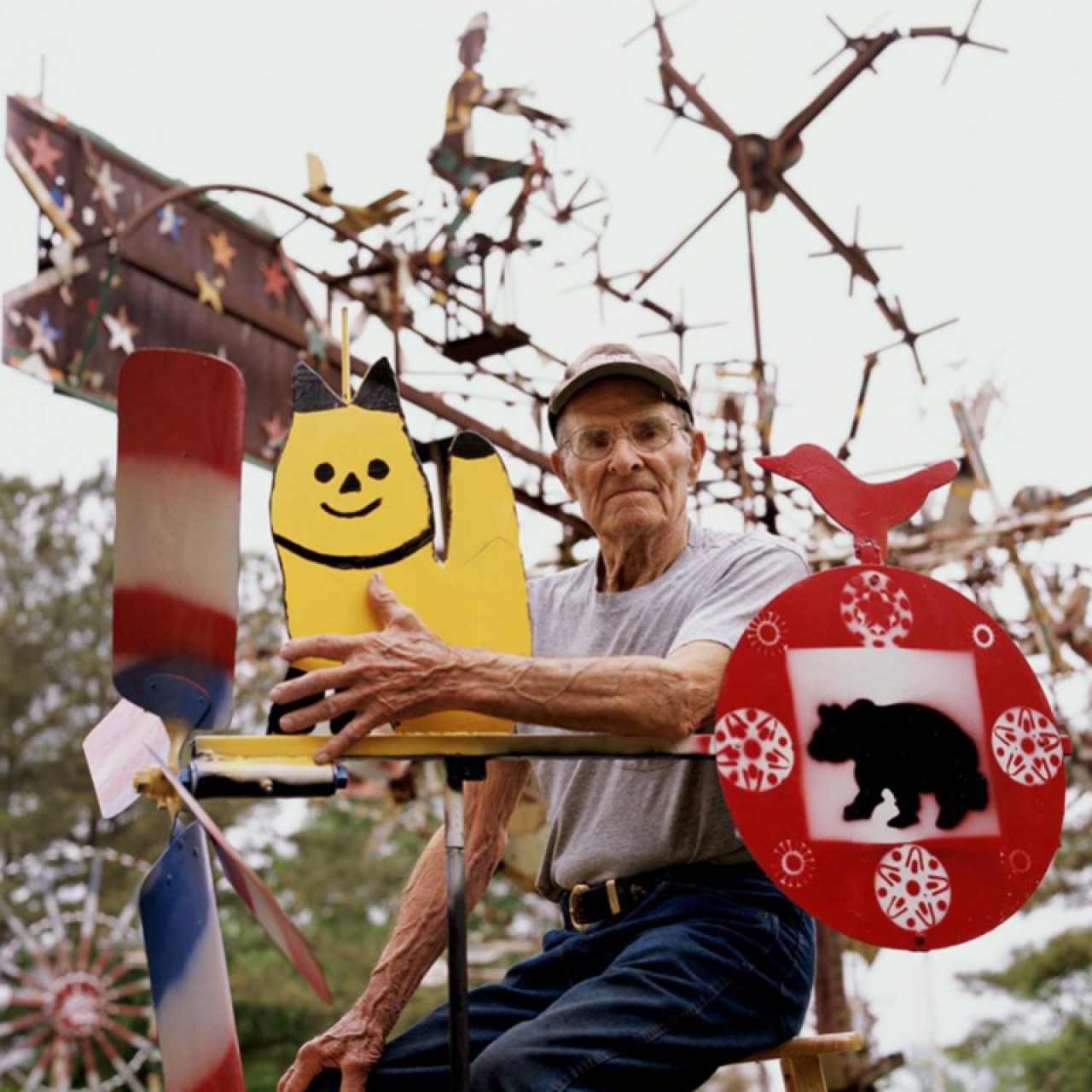 Vollis Simpson with his whirligigs 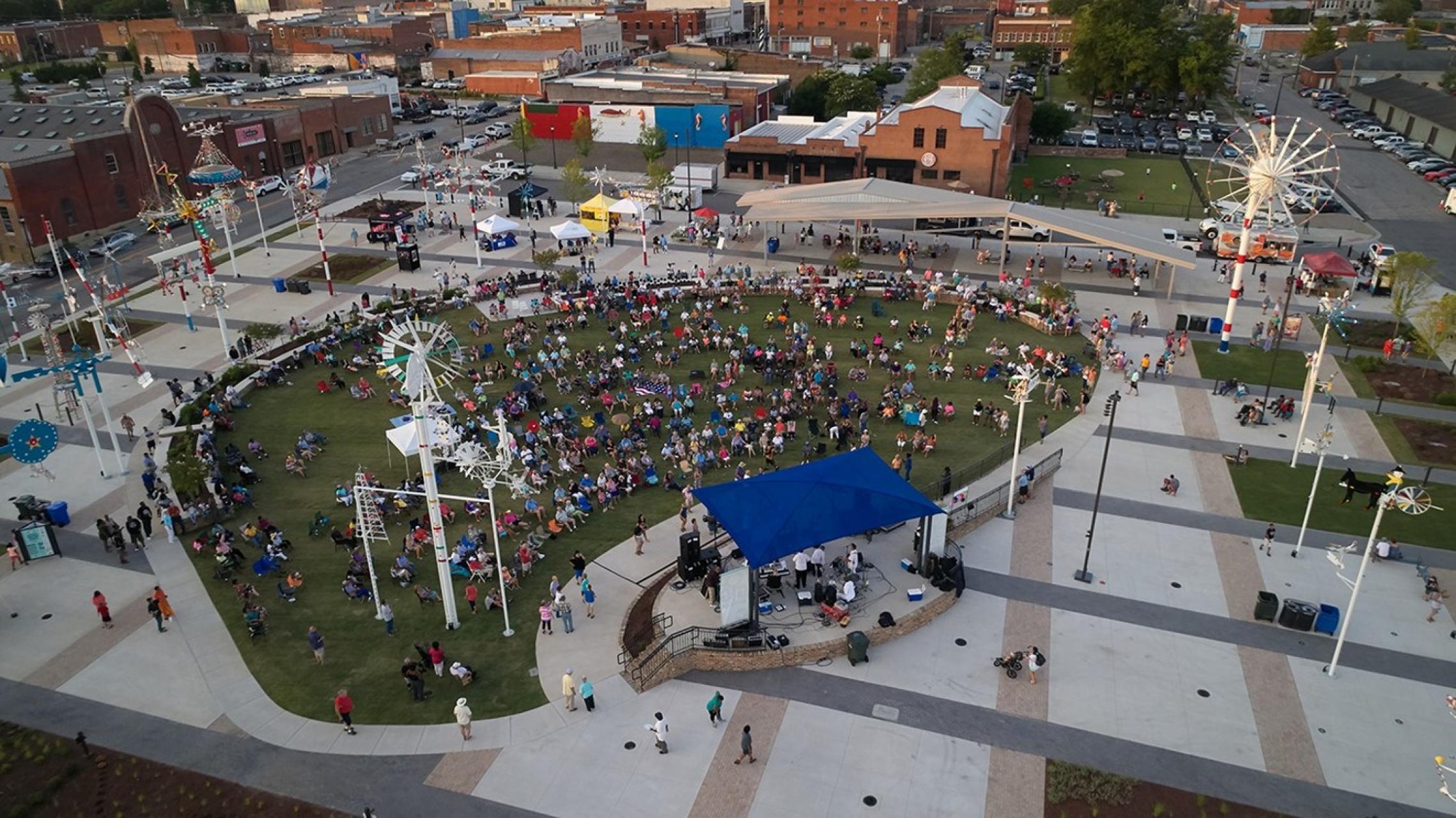