A Culinary Journey in Kinston, hub of the African American Music Trails

By Bridgette A. Lacy

Chef Vivian Howard creates a meal like saxophonist John Coltrane delivers one of his masterpieces. She adds intensity and passion to Southern classics. Howard, co-owner of Chef & The Farmer, elevates familiar fare to an epicurean adventure.

So it made sense to talk to Howard first on my culinary journey along the African American Music Trail. Chef & The Farmer is located in Kinston, home of funk masters Maceo and Melvin Parker. The brothers played for the James Brown Band, and are considered some of the founding fathers of funk. Kinston has a rich tradition of producing musicians and singers known for gospel, rhythm and blues, jazz, and soul.

Just as music feed the soul, so do the visionaries behind several Kinston food and beverage establishments, including the award-winning Chef & The Farmer, Mother Earth Brewery and longtime dining staples Christopher’s Café and King’s BBQ Restaurant.

The name of the restaurant, Chef & The Farmer, springs from its story. Howard, a Kinston native, was pursuing a career in New York City. Her father, a pig farmer, lured her back home with the promise of assisting her in financing her own restaurant.

Since it opened in 2006, the Chef &The Farmer has become a regional favorite, drawing diners from Raleigh, New Bern and Greenville. Patrons celebrate big and small moments ranging from life’s milestones to date nights.

Housed in a former mule barn-turned-department store, the restaurant’s décor is both rustic with exposed brick walls and urban decorated with colorful abstract paintings by Howard’s husband and restaurant co-owner Ben Knight.

Howard’s take on the dishes of her North Carolina childhood, prepared with classical French technique, has earned her a loyal following and national recognition. Her PBS series, “A Chef’s Life,” won a Peabody Award in 2014, the same year she received a James Beard Foundation nomination for best TV program shot on location. The show is part cooking segment, part exploration of Southern food, especially eastern North Carolina foodways. 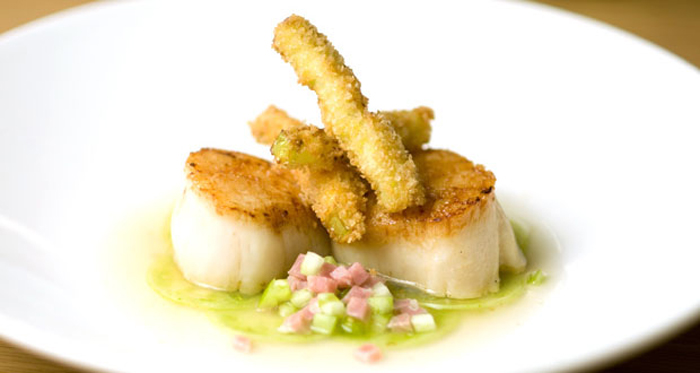 Chef & The Farmer received AAA’s Four Diamond Award three years in a row. And in December 2011, it was named one of Open Table’s top 100 restaurants in the U.S.

Her kitchen staff arrives early in the morning to butcher whole cows and pigs. She buys produce from local farmers, creating dishes from seasonal ingredients. She cans, preserves and freezes vegetables for dry spells. Her attention to detail shows on every plate.

Howard’s improvisations translate into memorable dishes with savory and sweet high notes. Take her chicken & black pepper pastry entrée seasoned with sage and honey root vegetables, for example. The skin of the chicken is beautifully crisped and served with slices of her signature sweet potato caramelized onion bread.

“We do things that are at once familiar for folks from our region and exotic for folks who are not,” Howard says. “Our food is distinctly regional, versus basic Southern, and I think the hometown folks are less afraid because of that.”

Her twist on collards includes flash frying and flavoring them with sea salt. She pairs them with skewers of blueberry barbecue pork belly that melt in your mouth.

Susan Grady, a Kinston resident who dines at Chef once a week, says, “There’s nothing like it anywhere around here. The vibe is lively and personable.”

“My husband loves the blueberry barbecue chicken. We love the different layers of flavor, it’s like an explosion in your mouth,” she says.

Sandy Landis, executive director of the Kinston Community Council for the Arts, describes the Chef as “bringing art and culture together. The food product is unique, locally grown and beautifully executed.” Landis orders a “pimp my grits plate,” the coarsely ground hominy with pimento cheese, roasted red pepper salsa, and jalapeno cornbread.

Kristy Harvey treats Chef & The Farmer as her destination for out-of-town guests as well as a weekly treat for her and her husband.

“When friends used to come to town, I had to take them to the beach. Now, we can hang out in Kinston. Five years ago, it was just Chef & The Farmer. Now we have the brewery, The Red Room and bands at nearby Pearson Park. People come, and we have things to do.” 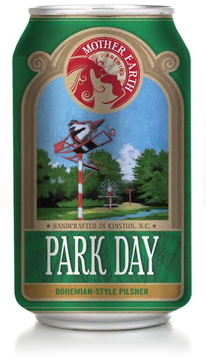 Mother Earth Brewery beckons beer lovers to come in and sip awhile. The hip downtown brewery spans a city block. Folks can tour the sleek operation and then sample craft beers in the tap room.

The brewery has become one of North Carolina’s most popular and most highly recognized. It received three medals at the 2011 United States Beer Championship, including one gold medal. Mother Earth has also been named one of the top 10 ten US Breweries, ranking at an overall 8th place. The brewery was founded by Stephen Hill and his son-in-law Trent Mooring, both from Kinston.

Everyone can find a relaxed space to converse. Lounge in one of the red cloth chairs in the beer garden or a black leather chair in the tap room. Mother Earth is the first brewery in the U.S. to be awarded LEED Gold Certification from the U.S. Green Building Council.

Environmentally friendly Hill also “encourages people to talk to each other.”

“It’s a nice, crisp light beer with a small hop finish,” Hill says. Perfect on a warm day with any grilled meat or seafood. 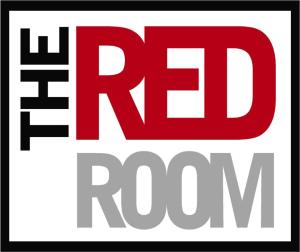 Grab a cold one and a seat at The Red Room, a lounge featuring live music and drinks. Patrons are allowed to bring in food including pizzas from The Chef & Farmer. While The Red Room plays all types of music ranging from jazz to country music to rock and roll, it also features some homegrown African American talent.

One of the most popular bands is Adrian and Co., an African American band known for their eclectic mix of R&B, soul, blues, and southern rock. Adrian Watts, the group’s guitarist, says the five-member group hails from eastern North Carolina. Watts says his music was most influenced by “one of the last original bluesman, George Higgs.” He even played with the Tarboro native before he died.

Watts describes The Red Room as a real quaint place. “It’s like having a concert in your living room. It’s furnished with some large couches, a big fireplace and is dimly lit. We have a good mix of people because of the diversity of the music. You got some born country lover dancing to James Brown. It’s a very eclectic crowd.”

Come hungry to the Boiler Room Oyster Bar, a casual gastropub and the sister restaurant of The Chef & Farmer.

“We like to keep it fairly simple with burgers, peel-and-eat shrimp and oysters,” says Adam Atkinson, the executive chef. The eastern North Carolina native learned how to cook from his grandmother, who was known for her collards at her restaurant, The Wagon Wheel, in nearby Beulaville.

Now, Atkinson is making a name of his own with his juicy burgers right off the grill and fresh oysters sold by the piece or by the dozen.

The restaurant’s No. 2 burger is his bestseller. The burger comes with bacon, a blend of cheddar and blue cheese with charred red onions bundled in wax paper and served with salted shoestring fries and mayo.

Kinston residents Pam and Garland Smith order all of the Cedar Island oysters available on this spring evening. “We like the large ones. You taste the full flavor,” says Garland Smith as he enjoys the oysters steamed lightly.

Meanwhile customer Kelly Ayscue raves about the oyster stew: “It’s fantastic with vegetables and herbs. It’s out of this world.”

Pace yourself, though, and save room for a sweet dessert,the Benne Seed Banana Pudding. This twist on a Southern classic is served warm in a Mason jar. The leftovers are good cold for breakfast.

You can mark Fridays at Christopher’s Café because owner Christopher Maroules Jr. serves up 50 pounds of fresh hog chitlins at his fourth-generation family-owned restaurant in downtown Kinston.

You also get a good mix of local and friendly gossip at this eatery known for down-home food from fried trout and eggs for breakfast to fried chicken and collards for lunch or dinner. On any given morning, businessmen sit in the corner, talking and socializing. Meanwhile seniors, blue-collar workers and families gather at booths, doing the same thing.

Maroules comes with an institutional knowledge of local African-American celebrities from funk and soul jazz saxophonist Maceo Parker, who left home to join the James Brown band, to former outfielder Carl Long, who broke the color barrier in the minor baseball league in Kinston.

“We like the cooking,” Frazier Bruton said. He recommends the waffles, pancakes and oatmeal. As they wait for two other couples to join them, they point out a recent widow, who ate at the café every weekend with her husband. Now her son comes and eats breakfast with her.

Maroules visits from table to table, catching-up with his customers, sharing tidbits about local legends. He says his favorite Parker performance was his rendition of the Beatle’s “Hey Jude.”

He encourages visitors to read it and even promises to get Maceo to sign it. 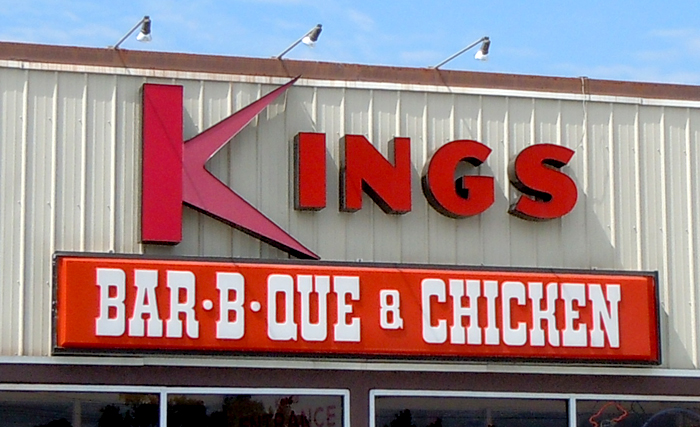 At King’s BBQ Restaurant, you may see anyone from lifestyle guru Martha Stewart to Maceo Parker in this locally owned spot known for its eastern-style North Carolina barbecue. The waitresses serve hand-chopped pork barbecue and homemade vinegar-based sauce with a spicy tang and Southern hospitality.

The owners declare, “No skin or fat in our bbq.” No wonder King’s Restaurant has been featured everywhere from The Food Network to the New York Times for its flavorful ’cue.

There’s something for every appetite, from small to large. Order off the menu if you only want one piece of fried chicken or a helping of pulled pork, or grab a plate and head straight for the buffet, especially if you are partial to creamy mac and cheese with a hint of mustard and small chunks of ham.

Owner Joe Hargitt boasts the buffet offers six meats, eight vegetables and four desserts. In addition, there is a cold bar with salad and a soup area.

Hargitt worked his way from busboy to waiter to manager. He assumed responsibility for running King’s after the accidental death of Wilbur “Wil” King III. King Jr. keeps his hand in the business and visits often.

Tammy Phillips and her daughter are regulars. “The staff is friendly, and the food is great. I usually get the barbecue, collards, cabbage and Brunswick stew,” she says.

Chef and the Farmer