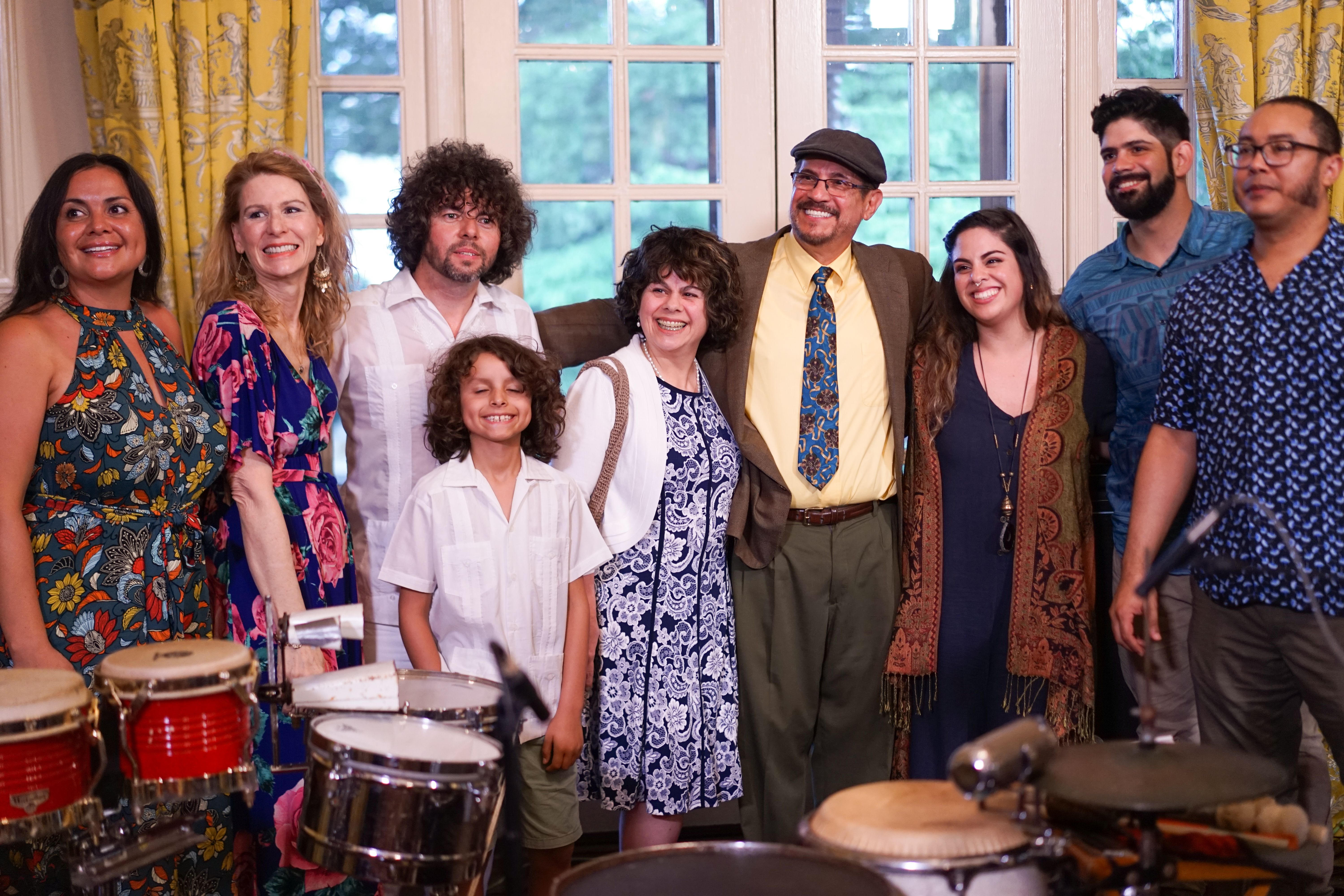 Music at the Mansion with Chócala

On the evening July 16, Chócala, the Charlotte-based Latin band, performed an hour-long show for Music at the Mansion, a special concert series celebrating North Carolina’s vibrant and diverse musical traditions hosted by First Lady Kristin Cooper. The ballroom of the Executive Mansion, which was designated as the Music Room when the mansion was originally constructed, provided the perfect setting for listeners to enjoy Chócala’s grooves.

Featuring percussionist Davey Blackburn, saxophone player Michael Anderson, bassist Claudio Ortiz, and Claudio’s sister Lisa Ortiz on lead vocals and keys, Chócala blends psychedelia, jazz, and Latin musical traditions creating a compelling sound. Throughout the evening, Chócala’s unique musical aesthetic was front and center as the band offered up covers and originals—many of which wrestle with issues pulled straight from the headlines. Ranging from the subtle and subdued to heartfelt and powerful, Lisa, the band’s principal songwriter, delivered a passionate vocal performance entirely in Spanish. Lisa’s dynamic delivery was mirrored by the other band members. Davey laid down the beat while Claudio picked out riffs up and down the length of the bass neck and contributed occasional vocal harmonies. Michael was the standout star, his unassuming demeanor and gutsy solos melding together for a captivating performance.

Song after song, Chócala’s infectious tunes resonated off the walls of the packed house, prompting audience members to tap their feet and clap their hands. First Lady Kristin Cooper even led an impromptu dance as Chócala jammed. Chócala’s crowd-pleasing concert exemplified North Carolina’s cultural diversity and served to remind listeners that the Executive Mansion is the people’s house—a space where all North Carolinians can make their voices heard and even cut a rug while they’re at it.

Chócala's debut album is coming out this Friday, September 1, and they are performing that evening at the Neighborhood Theatre in Charlotte, N.C. to celebrate the occasion. Tickets and more information can be found at this link.