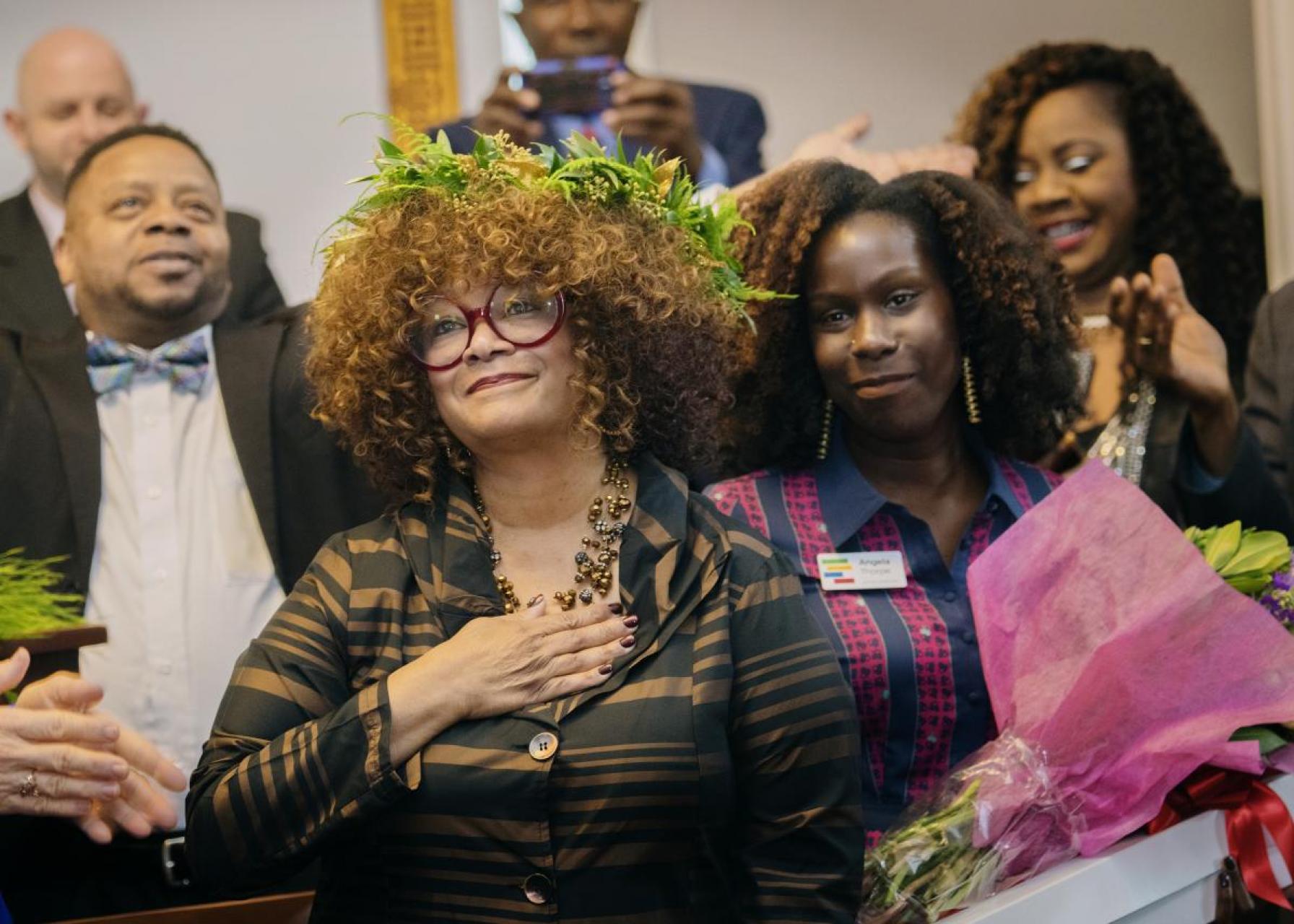 Jaki Shelton Green at the 2018 N.C. Poet Laureate induction ceremony. Photo by Linda Fox for the N.C. Department of Natural and Cultural Resources

On May 17, 2021 Governor Roy Cooper announced that he would reappoint poet, teacher, and community advocate Jaki Shelton Green as North Carolina’s poet laureate.

“Jaki Shelton Green has a remarkable ability to connect with people from all walks of life through the literary arts,” Governor Cooper said. “I’m proud to reappoint Jaki and look forward to seeing her in this role inspire more young poets and artists."

As a community arts advocate, Green has created and facilitated programs that serve diverse audiences across the state, including the incarcerated, homeless, chronically and mentally ill, victims of domestic violence and immigrants. Throughout the pandemic, she has focused on teaching, facilitating workshops, collaborating with other artists, curating special programs, and keynoting conferences virtually.

Green’s awards include a 2020 Shaw University Ella Baker Women Who Lead Award, a 2019 N.C. Humanities Council Caldwell Award, and a 2003 North Carolina Award for Literature. She was inducted into the N.C. Literary Hall of fame in 2014 and named the inaugural N.C. Piedmont Laureate in 2009.

Last year Green released her first-ever spoken word poetry album: The River Speaks of Thirst. The Justice Theater Project presented a multimedia film adaptation of the album following its release. Recently, an Italian publisher released a bilingual edition of her book length poem “I Want to Undie You.” North Carolina-based Soul City Sounds released an audio recording of the poem in June 2021.

Get to know Jaki