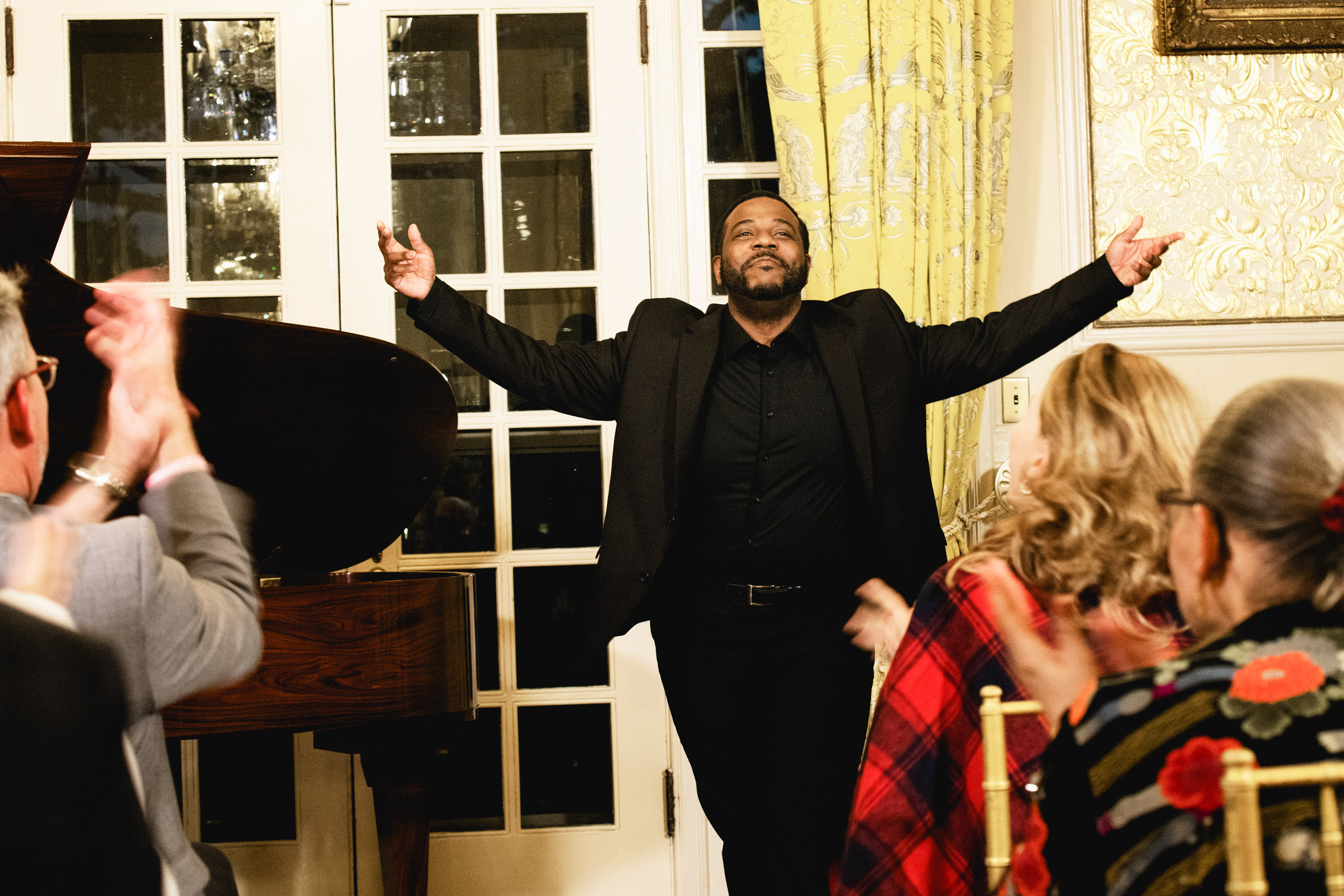 On Thursday, October 10, 2019 baritone Sidney Outlaw from Brevard, N.C. and pianist Warren Jones, who was raised in High Point, N.C. closed out the 2019 Music at the Mansion season with a bang. The golden-hued ballroom of the Executive Mansion served as the perfect backdrop for their musical offerings, and Sidney Outlaw’s powerful baritone had no trouble filling the space.

The pair, who met years ago at Music Academy of the West in Santa Barbara, C.A., treated their captive audience to a genre-spanning evening, opening with a particularly grandiose version the instantly recognizable “Largo al factotum” from Rossini’s Barber of Seville opera before addressing the attendees with their intentions for the upcoming performance. Warren Jones announced there would be a change of pace in the form of a song cycle by Harry Burleigh. Burleigh was an African American composer from the early 1900s who was forced to publish his music out of Italy because American publishing houses wouldn’t allow black composers at that time. The song cycle’s lyrics came from turn-of-the-century English poet Laurence Hope, a pseudonym for Adela Florence Nicholson, taken on because she could not get her poems published as a woman. Later in the evening, they presented a series of spirituals - a genre that Harry Burleigh helped introduce to the classical world - drawing a line between highly trained musicians and composers and the field songs sung by African American slaves.

Art and music education was another underlying thread of the evening. Sidney recognized his vocal coach from his time at UNC Greensboro in the crowd, thanking her for introducing him to the world of art songs before treating the crowd to one of her favorites - an aria from Die tote Stadt. In an interview right before the set, when asked “Which North Carolina musician would you like to have a meal with,” Warren Jones answered with a lump in his throat that he would love the chance to talk to his piano teacher from his youth, a soft-spoken but strict woman who instilled the love of music and the importance of hard work in a young Warren that has stuck with him to this day.

Passion. Acceptance. Bravado. Expertise. These are only a few of the words you could use to describe these two artists and their season-closing performance.