After a two-year hiatus owing to the COVID-19 pandemic, the North Carolina Heritage Awards will return. The North Carolina Arts Council’s Folklife Program is accepting nominations for eligible artists and tradition-bearers now through May 2, 2022. Recipients will receive a fellowship and participate in a public ceremony in Raleigh.

Since 1989, the Arts Council has celebrated the cultural heritage of communities large and small through these awards—the state’s highest honor for folk and traditional artists. They recognize not only those who have made statewide impact, but also those who perpetuate traditional practice, in all of its diversity, at home in their communities—quilters, potters, boatbuilders, musicians, herbalists, storytellers, fishermen, and so on.

To receive the awards, an artist or practitioner must be nominated by someone familiar with their life and work and supported by the voices of their peers. Recipients typically are elders, recognized for their lifetime of knowledge and expertise and for their deep dedication to the shared cultural expression and lifeways of a people.

The Montagnard weaver H Ju Nie, of Greensboro, received an award in 2016, sharing it with fellow weaver H Nach Rahlan. When Nie died, in October 2021, her passing was a tremendous loss to her community. Here Andrew Young, an artist and community advocate married to Betsy Renfrew, an artist and educator who nominated both weavers for the award, reflects on their work on behalf of Montagnard textile traditions in America, and why the North Carolina Heritage Award matters. 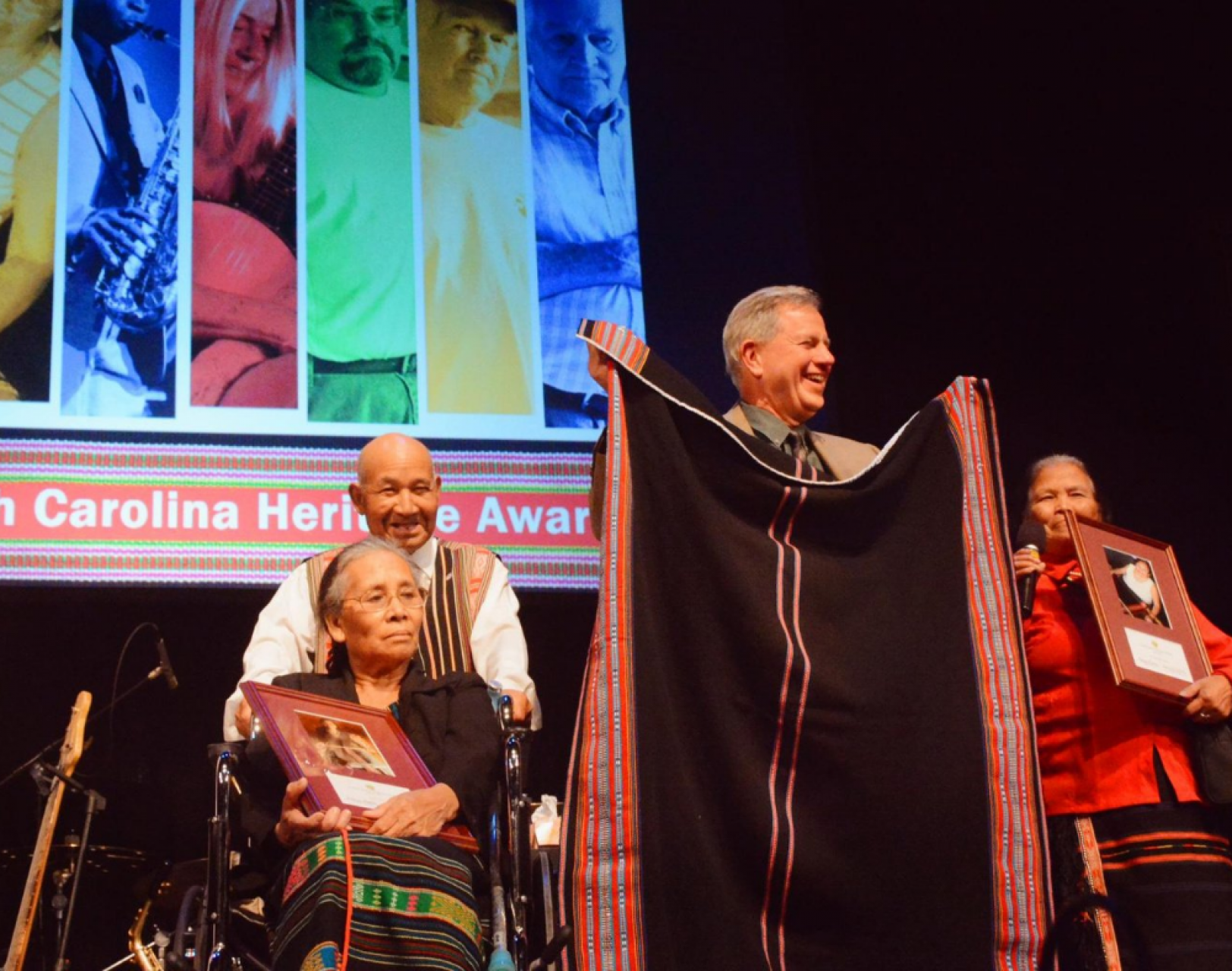 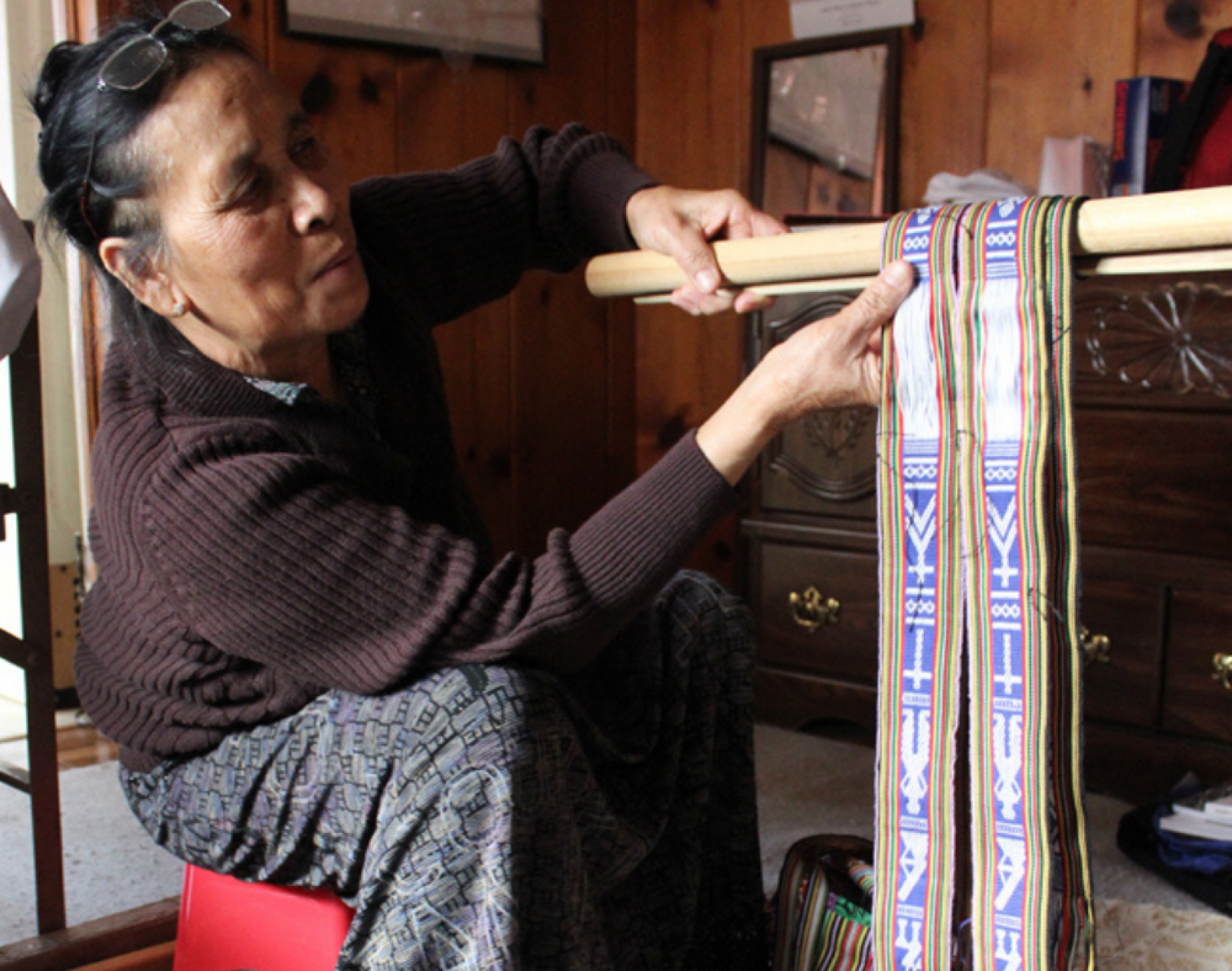 H Ju Nie holding up her loom with belts

In March 2009, Thomas Eban (ama Mja) drove to the Montagnard Dega Association, in Greensboro, with examples of weaving done by his wife, H Ju Nie (ami Mja), beginning the journey to make her exquisite work known to the world. My wife Betsy Renfrew, an artist who had worked with refugee communities like the Montagnards around Greensboro, later developed a friendship with her and began to video document traditional backstrap weaving techniques in order to preserve them for young people from the community who were fast losing the skill and interest, and to demonstrate to the American art world the presence of highly skilled artists in Greensboro newcomer communities.

Although Betsy and I are products of fine arts programs in the Western tradition, we were struck by the integrity of ami Mja’s work. We admired the creativity with which this artist had extended the tradition, history, and culture of her community, which had been transplanted from Vietnam to the United States. Above all, her modest means, like those of the remaining Montagnard weavers still active, highlighted a strong connection between artist and community that often in our own professional experiences seemed tenuous. Her traditional pieces (blankets and dresses) were meant to be worn and seen at special functions and ceremonies, so any discussion we sought to initiate with ami Mja about the number of hours, cost of materials, and profit were irrelevant to her. With so much artists' talk dominated by economic survival, reputation, and career building, this weaver reminded us of North Carolina craftspeople and artisans of an earlier time.

In the summer of 2009, Betsy carefully researched some of ami Mja’s weavings, identifying their symbolism and construction. She also learned a bit of the Rhade language, to better understand ami Mja's attitude and approach to her work. Betsy helped ami Mja enter her weavings in a show at GreenHill Center for the Arts that December, where they were displayed with work by other prominent N.C. artists and craftspeople.

A year or two later, Betsy brought examples of weavings by ami Mja and other Montagnards to the Textile Museum, in Washington, D.C. Mattiebelle Gittinger, one of the foremost scholars on Southeast Asian textile arts, was impressed by the fine skills they displayed and said she was pleased to see the weaving tradition continuing by Montagnard women here in the United States.

Based on the many YouTube videos that Betsy published featuring work by ami Mja and others, Laverne Waddington, a noted blogger and world traveler interested in traditional backstrap weaving, made a trip from her home in Bolivia to visit both ami Mja and Ngach Rahlan (ami Suan) and see their techniques first-hand. 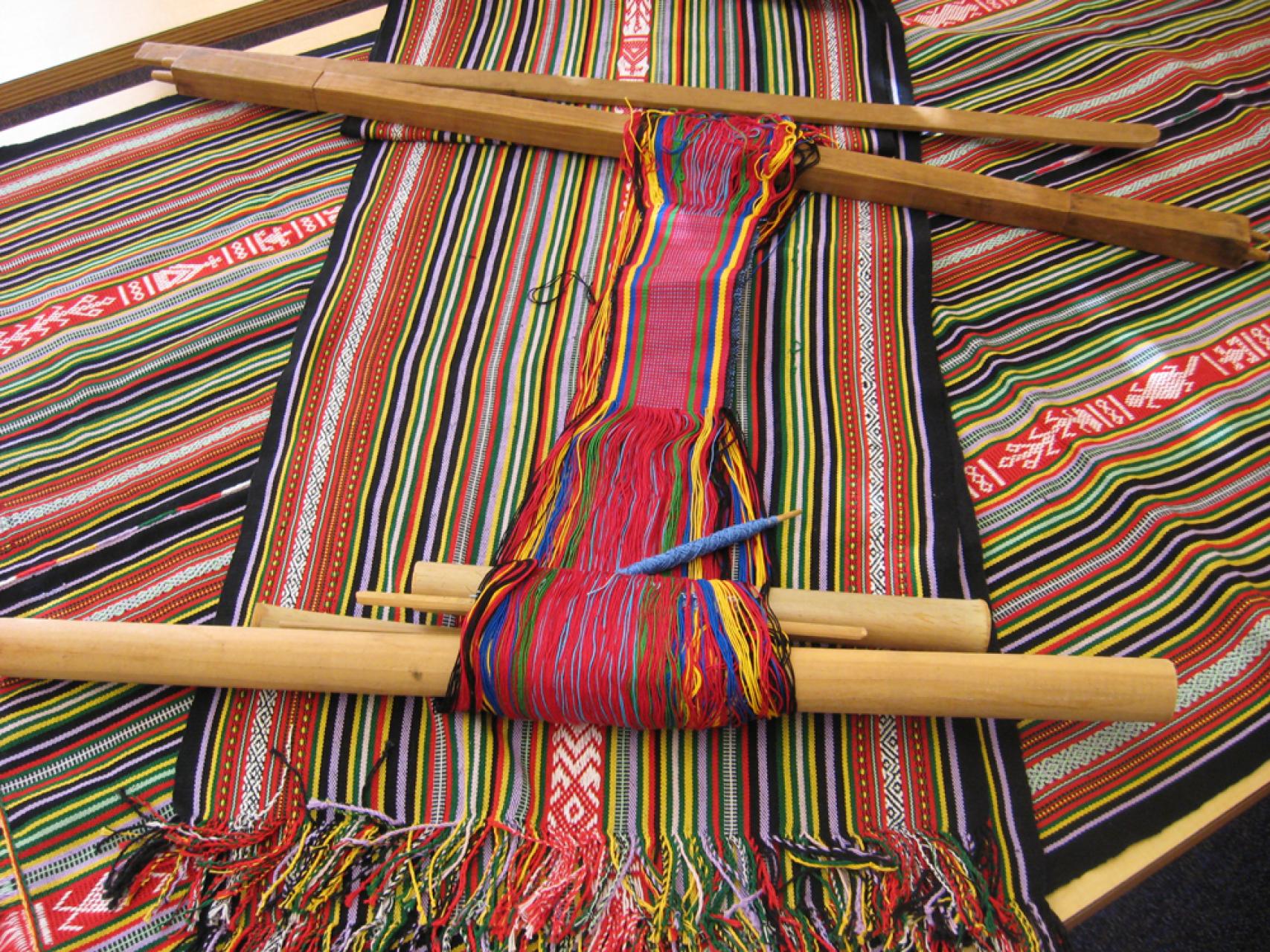 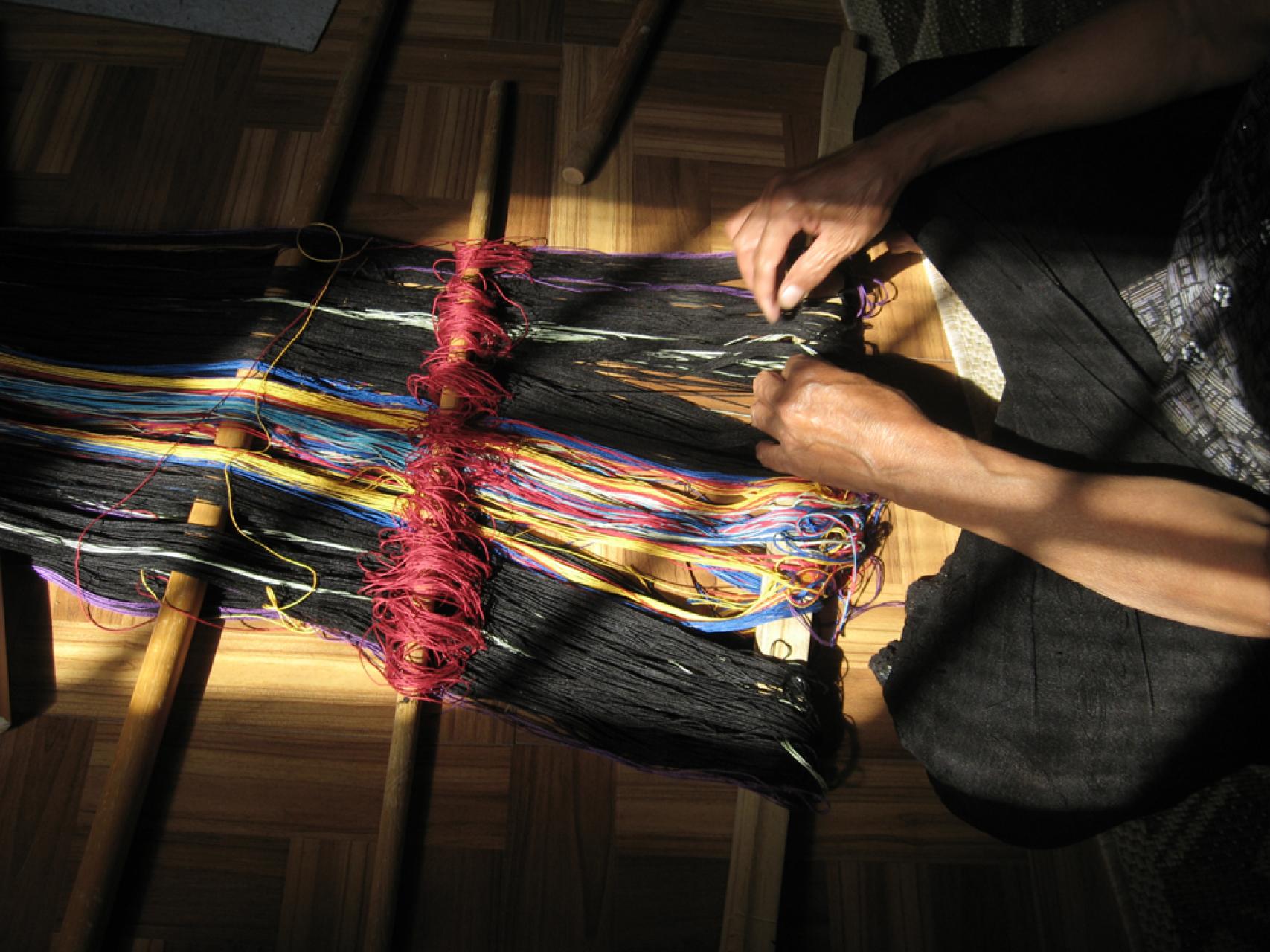 At the 2015 National Folk Festival in Greensboro, ami Mja demonstrated her skills when the Greensboro Historical Museum chose to turn over its entire first floor to the youth of the Montagnard American Organization (now under the MDA), which organized a wonderful presentation of art, culture, and traditional and contemporary music.

Finally, with the support of Sally Peterson, who was then the director of the North Carolina Arts Council’s Folklife program, Betsy nominated both ami Mja and H Nach Rahlan (ami Suan) for 2016 North Carolina Heritage Awards, the highest honor traditional artists and craftspeople can receive in our state. With Dock Rmah, a 1996 recipient for his musical accomplishments, the Montagnard community boast three recipients of this prestigious award. The awards affirm that these are not marginal "refugee" artists but are, instead, true contributors to the arts and culture of the state. Ami Mja and ami Suan were received at the Governor's Mansion in Raleigh, dined with other award recipients from across the state, and appeared on the WUNC-TV broadcast of the award ceremonies.

We will miss our friend and fellow artist. Ami Mja’s extraordinary accomplishment, creativity, skill, and vision, while always appreciated by the Montagnard community, are now understood as a lasting part of North Carolina's artistic heritage.