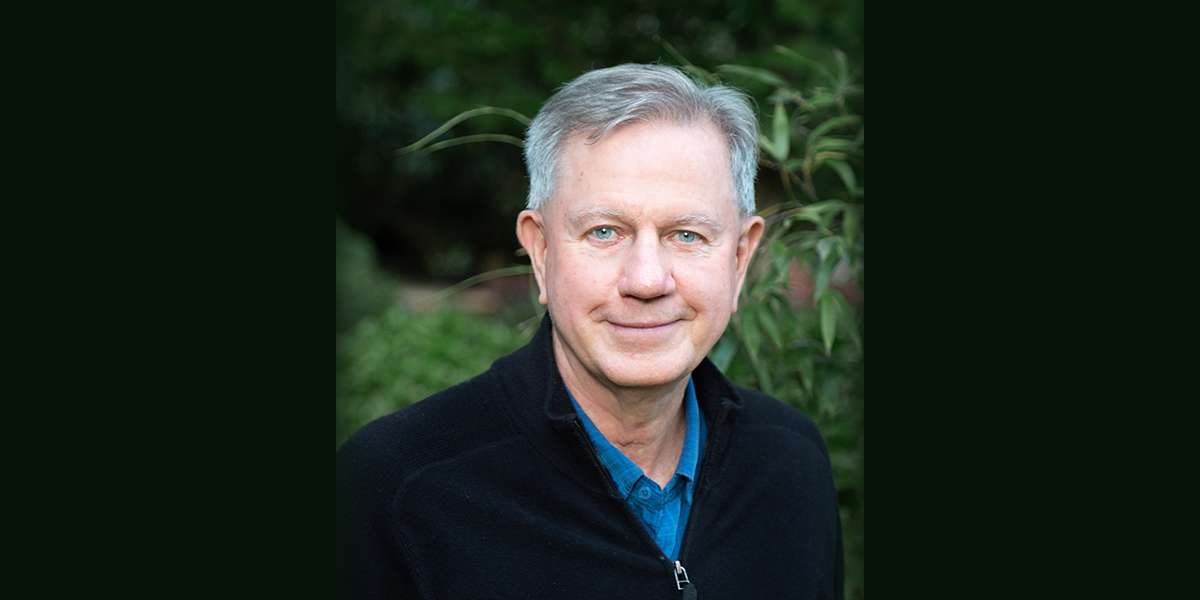 Wayne Martin will depart the North Carolina Arts Council at the end of 2021 after a 34-year career. He has been its executive director since 2012.

Martin came to the Department of Cultural Resources in 1977 to work on contract for the newly created Office of Folklife Programs. Having shown an intense interest in North Carolina music traditions, he was tasked to present some of the state’s most notable fiddlers, ballad singers, and blues musicians in public schools and to assist in the production of the 1978 North Carolina Folklife Festival, at Eno River State Park.

In 1980, the North Carolina Arts Council hired Martin to administer the Visiting Artists Program, a unique collaboration by the Arts Council and the N.C. Community College System. The program placed vetted artists in the 58 community colleges and technical institutes, where they enriched the local community through one- and two-year residencies. Martin expanded recruitment efforts to include traditional artists, including the African American storyteller Louise Anderson, whom he helped document in a film created by Tom Davenport (When My Work Is Over). To help artists connect with audiences in rural and small-town settings, he brought in Affiliate Artists of New York to conduct training workshops designed to sharpen communication and performance skills. 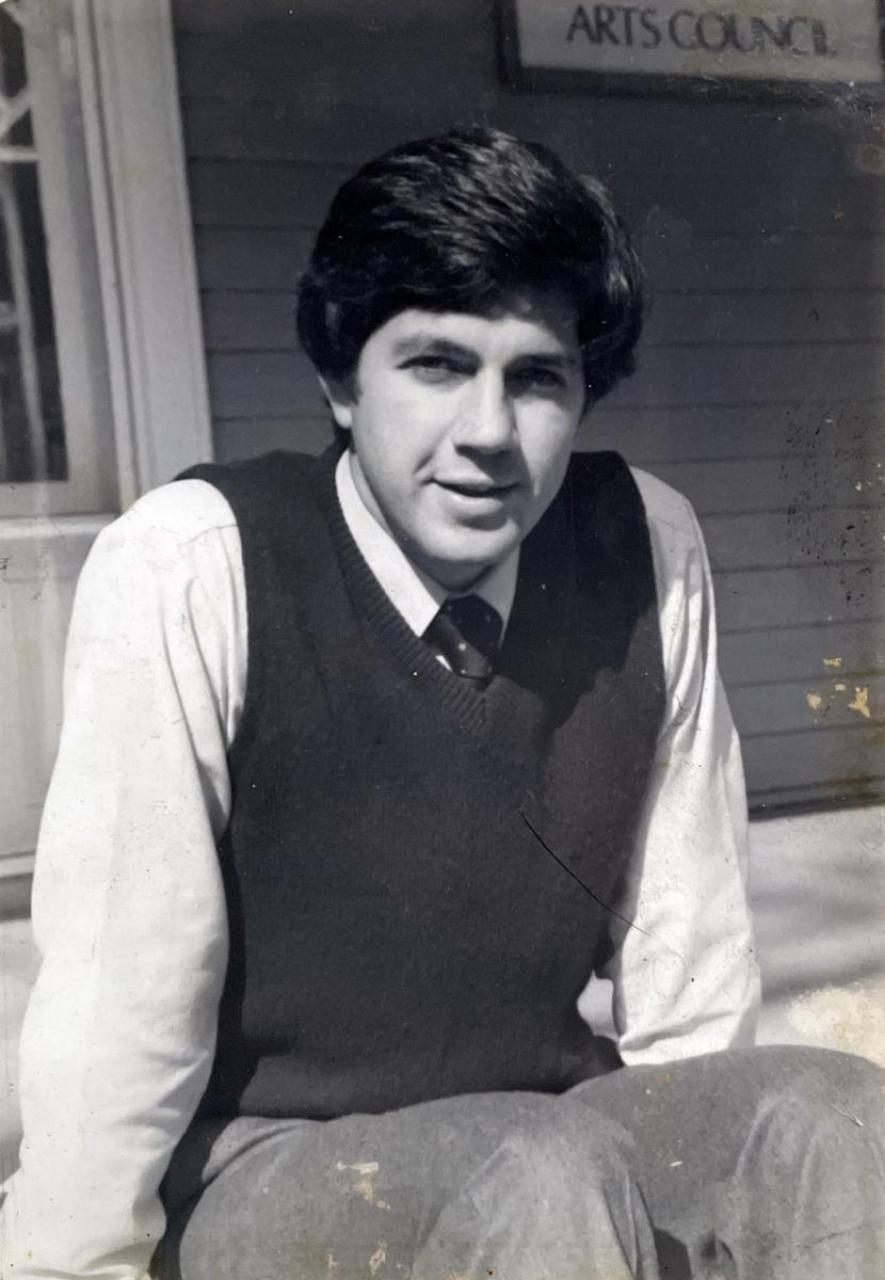 Wayne Martin at the North Carolina Arts Council in 1980

From 1982–1988, Martin worked as an independent performing musician and record producer. Realizing that the state’s traditional arts lacked a professional presenting organization, Martin, along with his wife, Margaret, and two friends, Ron Raxter and Beverly Young, created the Piedmont Council for Traditional Music (PineCone).  Martin served as its unpaid director for two years to get PineCone up and running.

In 1988, he returned to the Folklife Program, which had since become part of the North Carolina Arts Council. The following fifteen years were filled with special projects and public programs. In 1989 he collaborated with the program’s director at the time, George Holt, and staff folklorist Maryanne McDonald to create the North Carolina Heritage Award, which honors the state’s traditional artists with a lifetime achievement award and has become a signature event of the Arts Council. More than 100 musicians, craft artists, storytellers, and other tradition bearers from diverse communities across the state have received the award in a gala event for which Martin has often been the master of ceremonies. 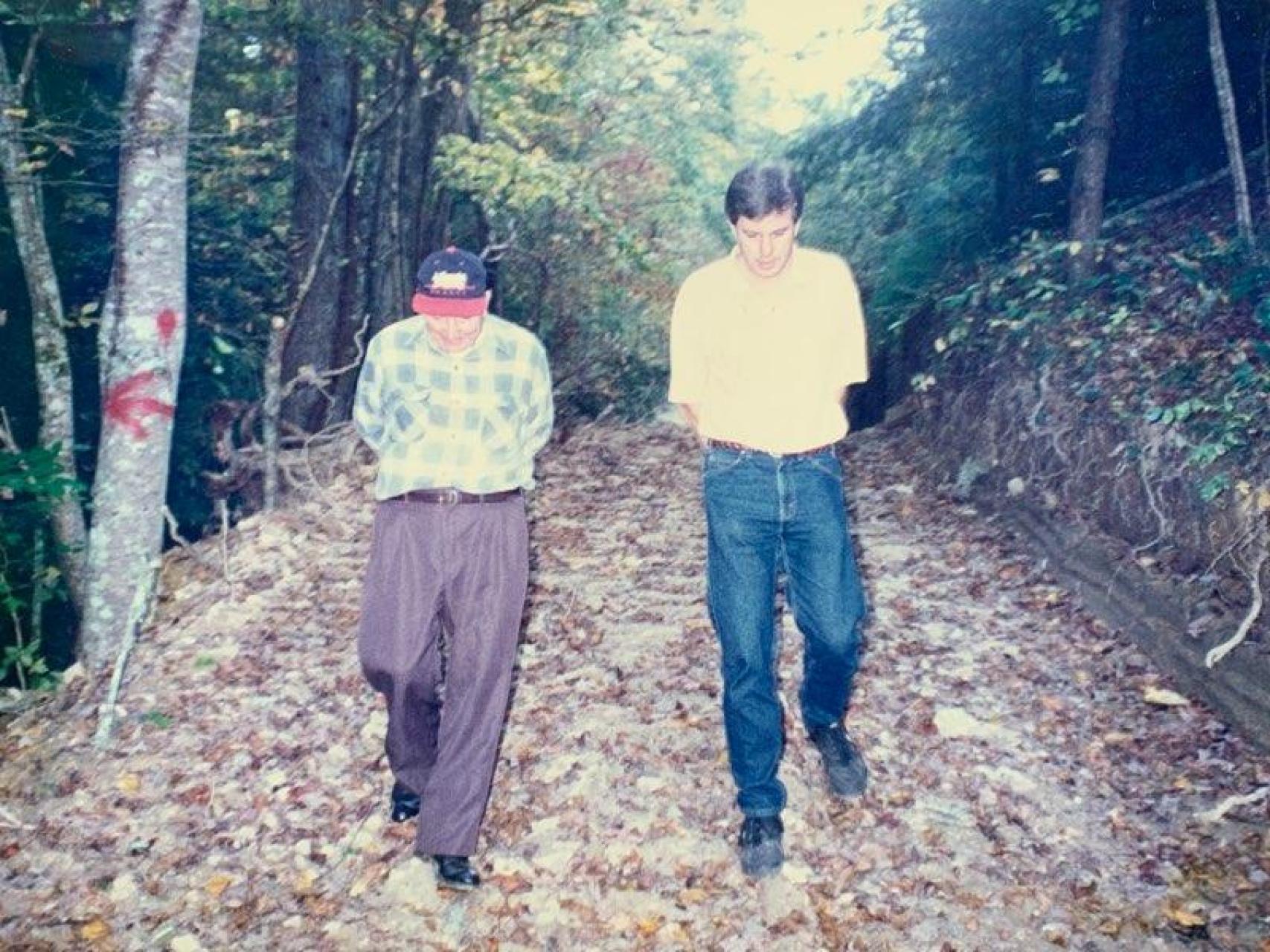 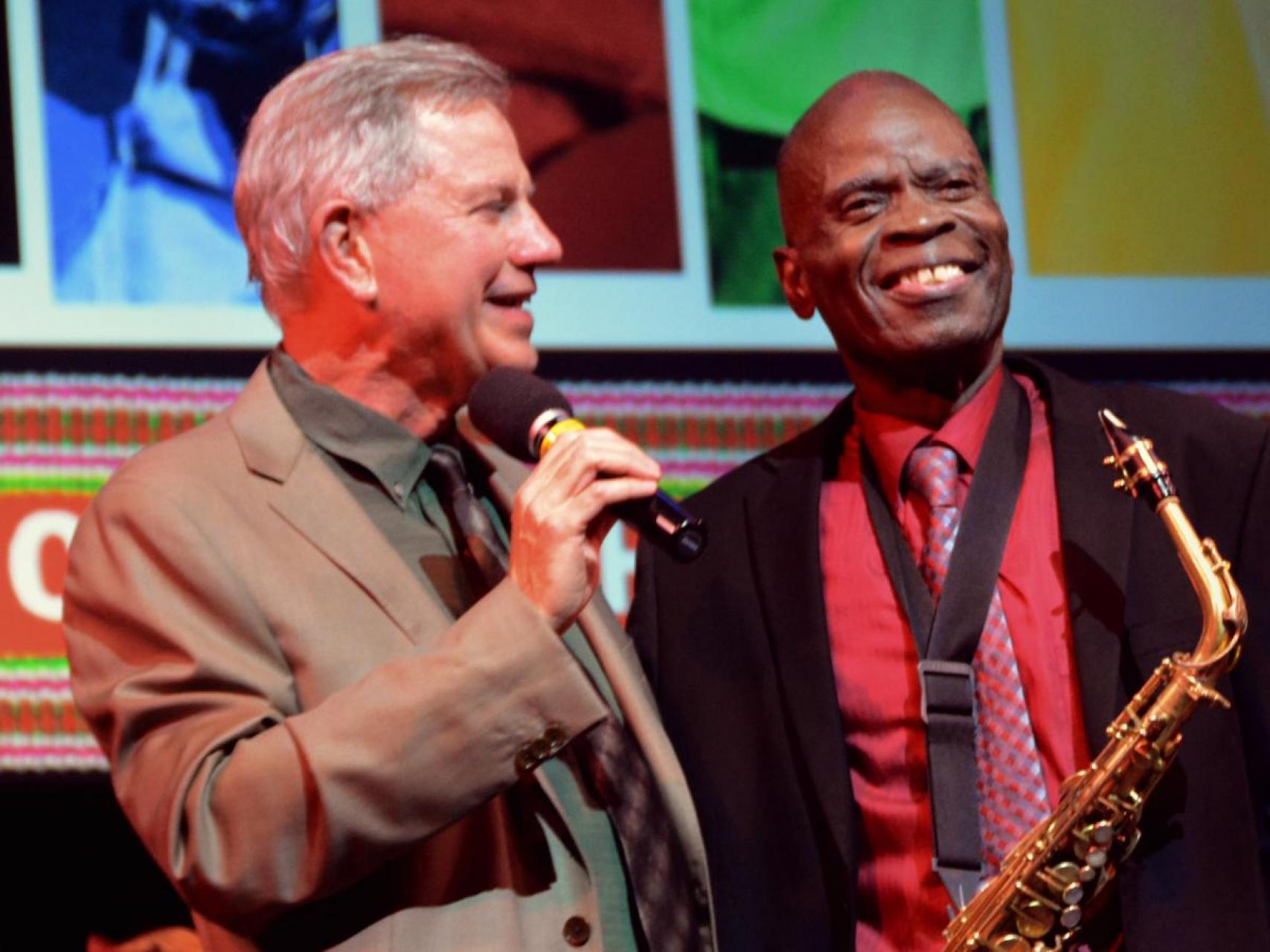 During this time, Martin documented and produced recordings of North Carolina musicians who have profoundly influenced later generations. Three of them—Etta Baker, Doug Wallin, and Joe Thompson—were subsequently awarded the National Heritage Fellowship by the National Endowment for the Arts. The recording projects from this period are touchstones of this state’s old-time music traditions:

In 1996, inspired by Becky Anderson’s Craft Heritage Trails of Western North Carolina, Martin brought the N.C. Arts Council into a fortuitous collaboration with HandMade in America, the Blue Ridge Parkway, and the Eastern Band of Cherokee Indians to explore the potential of heritage tourism for the entire region, both to conserve cultural traditions and to create sustainable economic development. Because the cultural assets of the Southern Appalachians extend beyond state lines, Martin invited partners in Virginia and Tennessee to join with North Carolina to create a network of heritage trails that would crisscross the region and attract visitors who were interested in arts and cultural traditions.

Martin and his Arts Council colleague Beverly Patterson worked closely with the Eastern Band of Cherokee Indians and the state of Tennessee to create Cherokee Heritage Trails, which tells the story of the tribe through a Cherokee interpretation of cultural and historic sites located in North Carolina, Tennessee, and Georgia. He also enlisted partners in Virginia to plan and implement Blue Ridge Music Trails which described and connected hundreds of traditional music venues in the two states.

While overseeing completion of the heritage trails, Martin worked with partners in western North Carolina to make the case for the designation of 25 western counties as a National Heritage Area. Focusing on the themes of the heritage trails—the history and ongoing traditions of crafts, music, and Cherokee heritage—as well as the region’s natural beauty, the effort led Congress in 2003 to create the Blue Ridge National Heritage Area. As a force behind one of the first heritage areas to foreground community cultural traditions, Martin was chosen to receive the inaugural Preserve America Presidential Award in the Oval Office of the White House, on behalf of all of the project’s partners. 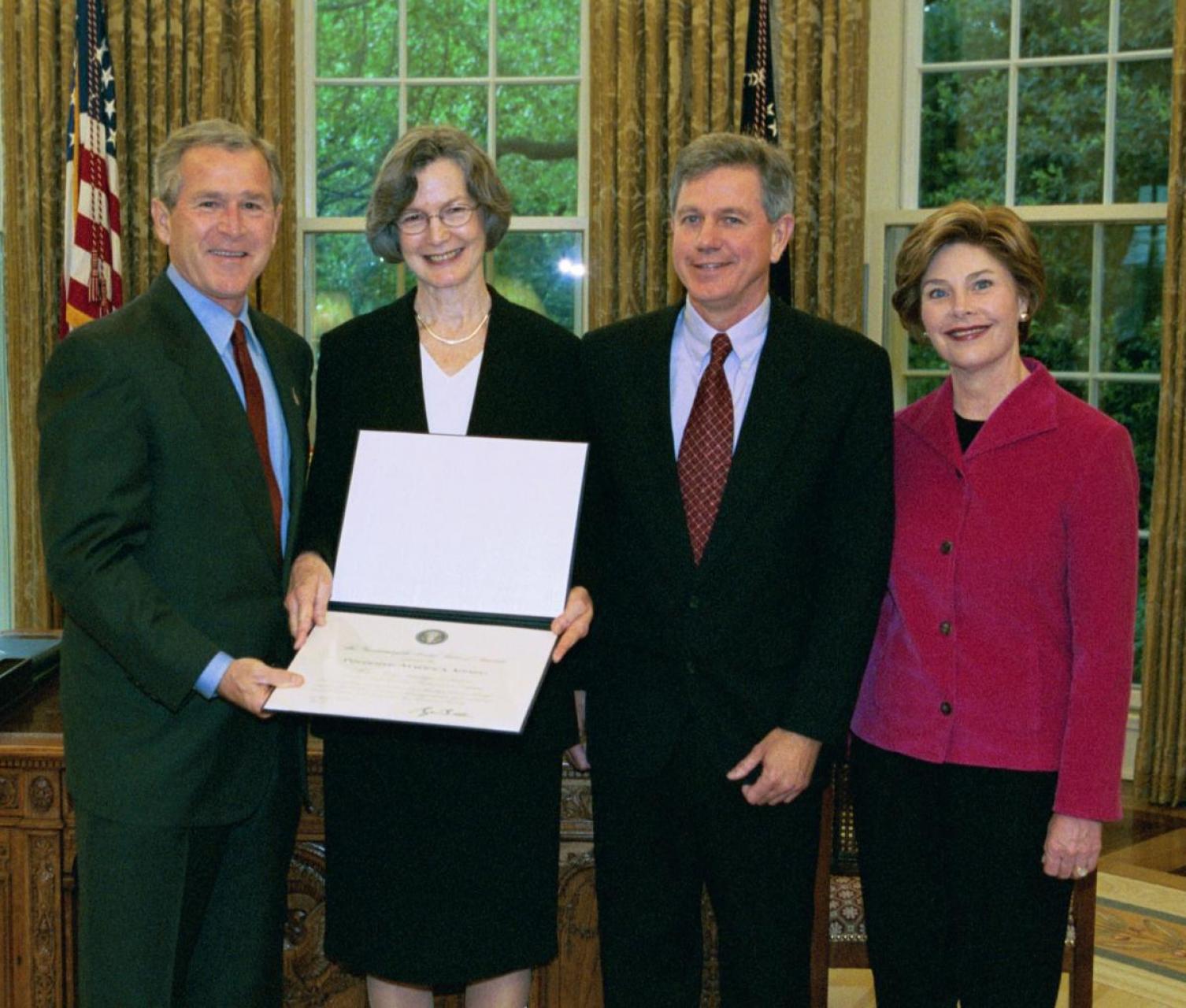 Martin subsequently became director of the Creative Economies team at the Arts Council and turned his expertise in creative placemaking to the eastern region of the state. With the leadership and participation of Arts Council board member Bill Myers and many blues, soul, funk, R&B, jazz, and gospel musicians in eight eastern counties, Martin worked with Arts Council colleagues, local arts councils in the east, and the N.C. Folklife Institute to design and implement African American Music Trails of Eastern North Carolina. This project opened the eyes of many within the state and beyond to the astonishing wealth of music-making in eastern North Carolina that helped shape our nation’s musical story.

Martin always considered the trails projects to be educational resources as well as sustainable tourism programs. In the early 2000s, he and staff folklorist Sally Peterson created Traditional Arts Programs for Students (TAPS), an after-school program that teaches young people the music and craft traditions of their home communities. In the mountain region, many programs supported by TAPS are also part of the multi-state network of Junior Appalachian Musicians Inc., founded by the late Helen White. From the beginning, Martin and Peterson stressed the importance of recruiting instructors who not only are accomplished traditional musicians but also know the stories and lore that give depth to the music and help students connect with the elders who have passed the music down to them. The program has proven to be one of the Arts Council’s most popular initiatives, and at present the agency supports a network of TAPS programs in 23 counties.

The heritage trails projects influenced a new N.C. Arts Council initiative, SmART Communities, which uses the arts to transform downtowns and fuel sustainable economic development. Martin and Arts Council colleagues collaborated with Wilson County leaders to inaugurate SmART Communities by restoring and relocating the whimsical kinetic sculptures of folk artist Vollis Simpson to the newly designed Whirligig Park, in downtown Wilson. Martin considered this project, and his work to support the development of the Core Sound Waterfowl Museum on Harkers Island, to be important companion initiatives of African American Music Trails, because they focused local, state, and national attention on extraordinary local artists who reflect the culture of eastern North Carolina.

During this period Martin and Arts Council colleagues worked with arts leaders, artists, arts organizations, and the City of Wilmington to create an arts council for Wilmington and New Hanover County. Martin was a key member of the steering committee that conceptualized and directed a process that ultimately demonstrated the local support needed for an arts council, which launched successfully in December 2011. 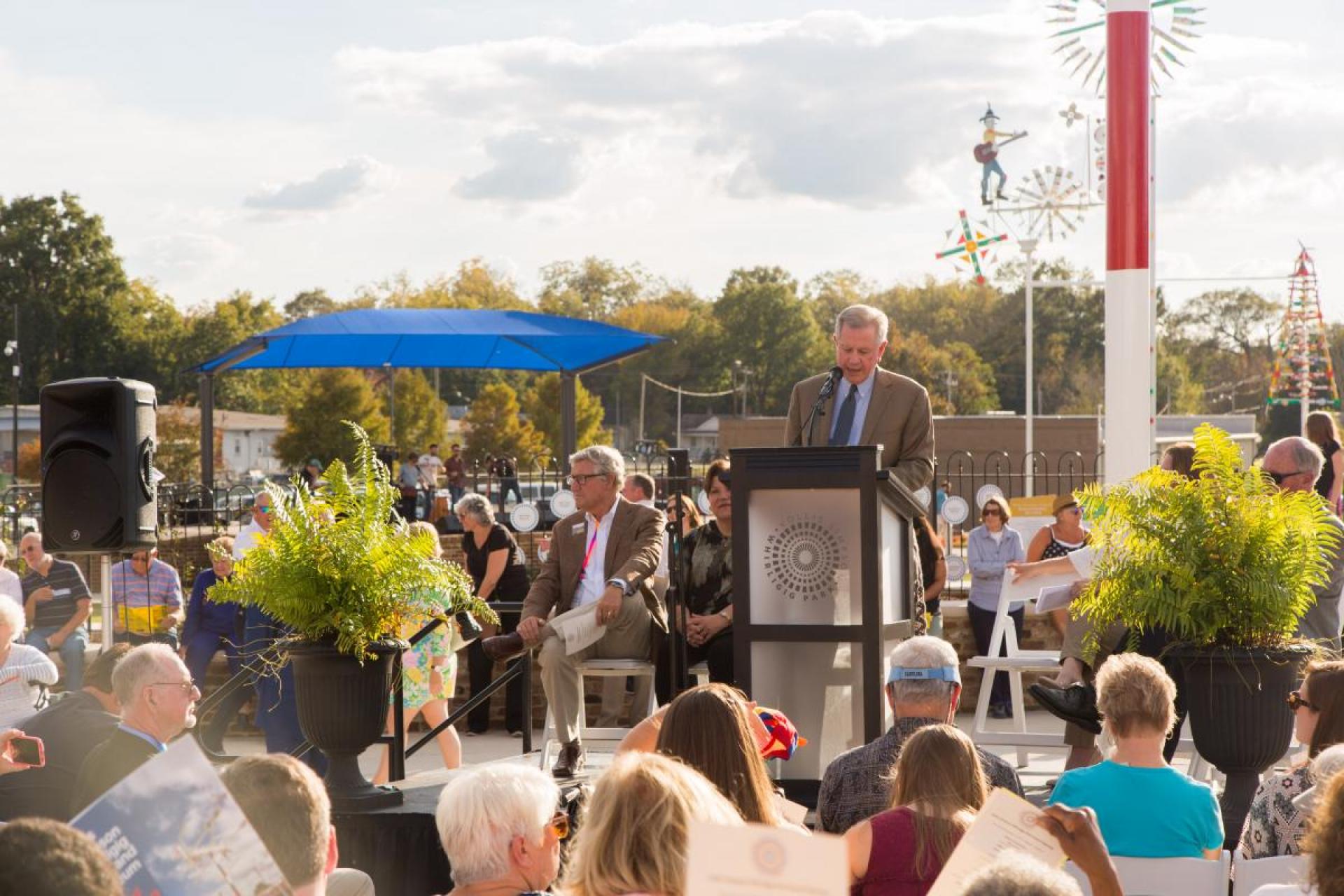 In May 2012, Martin assumed the position of executive director of the North Carolina Arts Council. The effects of the Great Recession were still being felt in the state and on his first day on the job he received a communication that legislative committees were considering cuts of up to a third of the Arts Council’s budget. This initial trial by fire brought home the importance of reaching out to legislators of both parties not only to advocate the intrinsic value of the arts but also to educate leaders about the potential of the arts to transform education, healthcare, and economic development in North Carolina. Despite state government’s budgetary constraints, conflict, and impasse, the Arts Council’s annual budget rose from $7.1 million in 2012 to $9.7 million now. The budget includes recurring funding increases for the Grassroots Arts Program, which supports local arts councils, and for the creation of two new programs: Military and Veterans Healing Arts and Rural Touring.

Martin also felt that private support could be tapped for programs and initiatives of the North Carolina Arts Council. Working with Arts Council board chair Bobby Kadis, board member John Willingham, and staff colleague Ardath Weaver, Martin created the North Carolina Arts Foundation. To date, the foundation has received more than $3 million from the private sector to support A+ Schools, the SmART Initiative, and (through the Under One Roof fundraiser) pandemic relief efforts for artists. For the Arts Council’s fiftieth anniversary, in 2017, Martin directed the development of a statewide public awareness campaign that celebrated the growth and impact of North Carolina’s arts sector and promoted the value of public funding for the arts. Two years later, in an effort to bring national attention to our state’s music, Martin worked with colleagues at the Arts Council and the Department of Natural and Cultural Resources to designate 2019 as the Year of North Carolina Music and to launch Come Hear North Carolina, a marketing, educational, and programming campaign celebrating the state’s music.

"Through the North Carolina Arts Council, Wayne Martin has served the arts community across our state with dedication and inspired leadership," said D. Reid Wilson, secretary, N.C. Department of Natural and Cultural Resources. "As Executive Director, Wayne made transformative changes to the arts in areas such as arts education, arts based economic development, and creative place making. He is a nationally recognized leader in cultural heritage tourism having received the Preserve America Presidential Award on behalf of the Blue Ridge Heritage Initiative. We are grateful for Wayne's leadership, particularly during this last year as the Arts Council has assisted so many arts organizations negatively impacted by the pandemic."

When COVID-19 effectively shut down the arts sector in March 2020, Martin and Arts Council colleague Vicki Vitiello reprioritized the agency’s grants programs to help sustain the state’s arts sector during the crisis. In 2020–2021, the Arts Council distributed direct grants to 539 organizations. Allocations for individual artist grants increased to $400,000, among the highest in the nation among state arts agencies. The total amount of grants given over the past year from state and federal sources is $17.3 million—by far the largest amount of assistance to North Carolina arts organizations and artists ever awarded in one year.

Learning from his earlier collaborations with tribal communities and communities of color, Martin made diversity, equity, accessibility, and inclusion the agency’s priorities when he became executive director. He has overseen an increase in diversity among staff the Arts Council has employed and alongside colleague Dr. Tamara Holmes Brothers has advocated changes to bring more funding equity to grants programs. 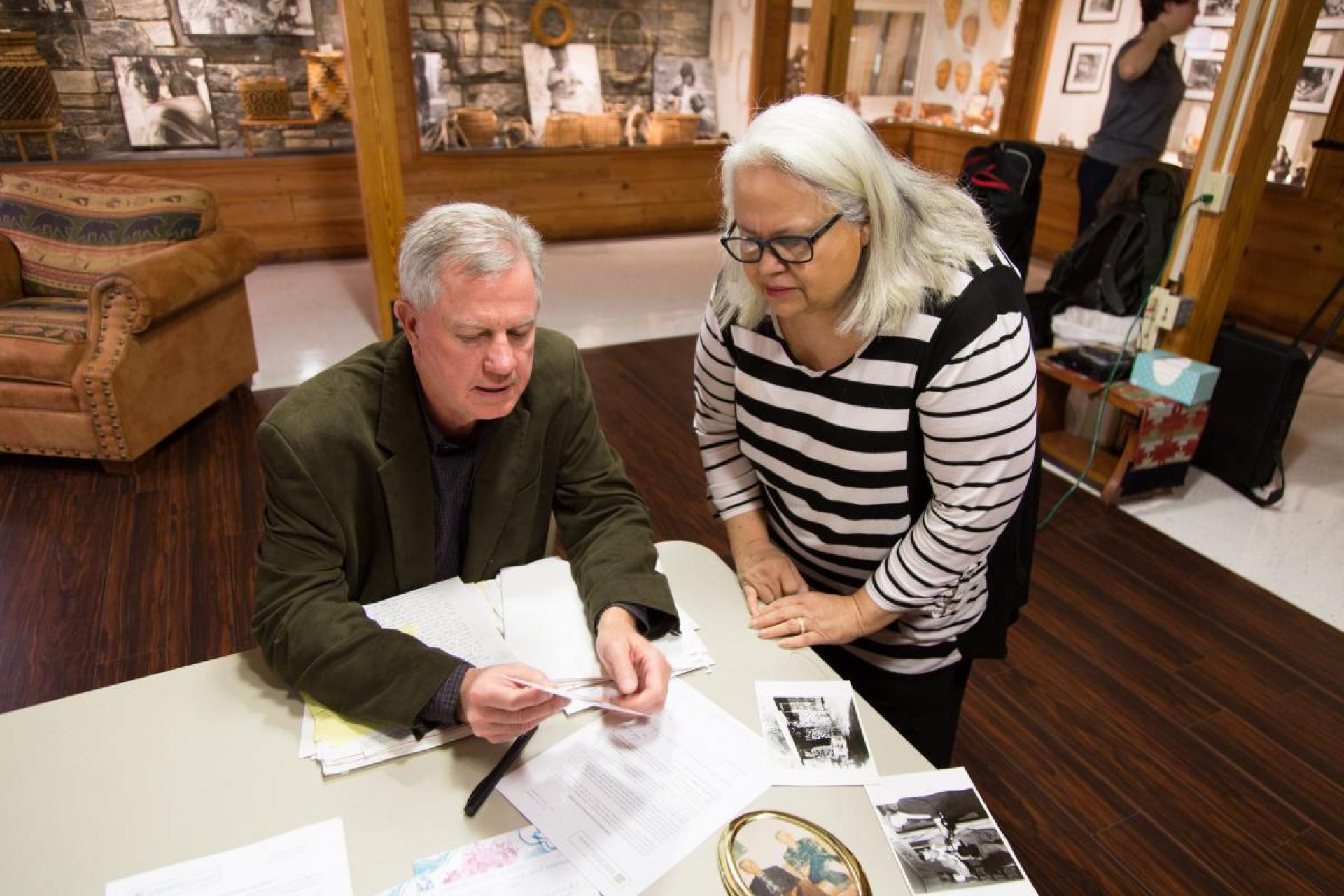 A month before the pandemic, Martin returned to the Qualla Boundary to work on a documentary project about renowned Cherokee fiddler Manco Sneed (d. 1975)

His firm belief is that the primary constituents of the N.C. Arts Council are citizens and their communities and that arts organizations and artists are the extraordinary system that delivers the benefits of the arts to people in all 100 counties.

One of Martin’s colleagues, Director of Operations Vicki Vitiello, described his legacy this way: “For 25 years, I have worked at the Arts Council with Wayne, first as a fellow team-leader and then as a member of his executive staff. His leadership style is deeply rooted in his training as a folklorist and his joyful curiosity about people and their place.  In his heart, Wayne believes that creative expression is an essential part of the human experience and as such it cannot help but rise up out of North Carolina’s communities.  As good arts leaders, the most important work we can do is create the conditions that allow that creativity to flourish.  That’s what Wayne Martin has taught us to do.”

Martin plans to continue advocating for the arts in North Carolina after he leaves his post in December.