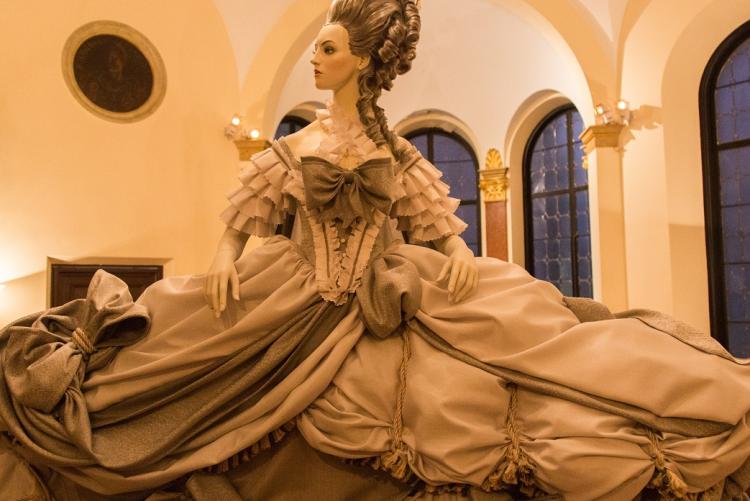 Raleigh, N.C. (May 8, 2018) —  Six-time Tony Award-winning costume designer William Ivey Long says all roads lead to North Carolina. That will be the case on Wednesday, May 16 when Long visits Raleigh for a talk about his career and a preview of four costumes inspired by French paintings for a one-night-only event.

Presented by the North Carolina Arts Council and Museum of History, the evening kicks off at 7 p.m. with a talk with Long, who grew up in Seaboard, N.C., and Bobbi Owen, author of the recently published book, “The Designs of William Ivey Long.”

Four stunning costumes by Long that are inspired by French paintings will be on display for this evening only. Commissioned by Sunbrella Fabrics, a North Carolina-based upholstery manufacturer, these costumes were featured in Elle Décor.

Long will autograph books, available in the Museum of History store, following the Q&A.

This event is free to the public, but seating for the presentation is limited to 300 attendees, who will be admitted on a first-come, first-served basis. Doors open at 6:30 p.m. RSVP here to let us know you plan to attend.

Long has designed costumes for over 70 Broadway shows—one of which, Chicago, is the longest-running American musical with more than 9,000 performances (and counting) over 21 years. He has been nominated for fifteen Tony Awards, winning six times. He’s designed costumes for hundreds of productions, including operas, films, and television specials.

He is one of 50 North Carolina artists profiled to celebrate the 50th Anniversary of the N.C. Arts Council. In this multi-media profile, he discusses the impact growing up in North Carolina had on his career and life.

About the Book: The Designs of William Ivey Long by Bobbi Owen tracks Long's career from its earliest days and contains a chronology of his nearly 350 production credits. More than 100 illustrations are included, among them renderings of Long's exquisite costume designs and photographs from some of his award-winning productions. The appendices contain his numerous awards and honors and the many exhibitions where his designs and costumes have been displayed.

About the Author: Bobbi Owen is the Michael R. McVaugh Distinguished Professor of Dramatic Art at the University of North Carolina at Chapel Hill and the author of eight books.