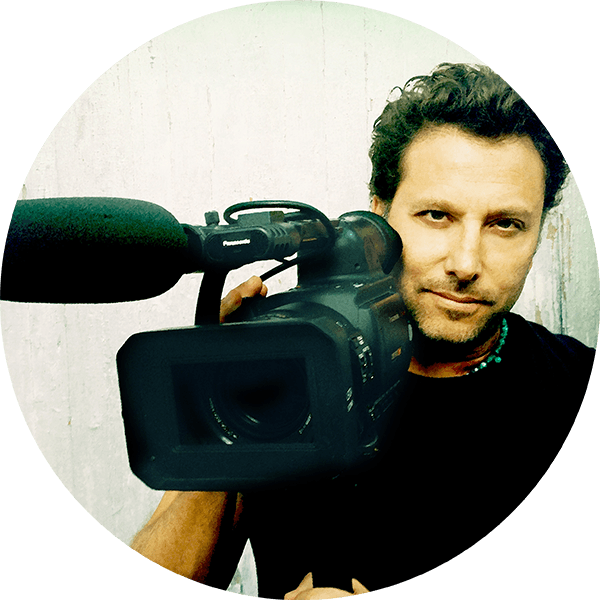 “I consider myself a human hyphen,” says filmmaker Rodrigo Dorfman. Born in Chile, he emigrated in 1973 with his family to escape political turmoil, a move that has come to define both his life and his outlook as an artist - always in transition, occupying the spaces in between, bridging the cultures and communities he inhabits physically and aesthetically. “When I press ‘record’ on my camera, I am fully aware that the result is not the representation of the subject matter on the other side of the lens, but rather the visual manifestation of a relationship between my subject and me.”

Dorfman has focused his lens on immigrants, musicians, people with disabilities, and the human impact of social and political events. His body of work shows his artistic range, his empathy, and his curiosity about the ways in which people struggle and come to terms with the powerful forces that buffet their lives.  His interests have led him to be agile in how he approaches his subject matter, always searching for the appropriate cinematic language to reveal something beyond the image. As he explains, “My aesthetics emerge from hybridity and experimentation. It’s a frame of mind that comes when you hopscotch the borders of conventional documentary and fictional forms. It’s a position that values, above all, emotional truth.”

Rodrigo Dorfman is a 2018-2019 N.C. Arts Council Artist Fellowship recipient. His work has been screened at the Toronto International Film Festival, Telluride Film Festival, and Edinburgh Film Festival, among many others. He won the Best Screenplay Award, with his father, for Prisoners in Time from the Writers’ Guild of Great Britain (1997) and Best Short Jury Award from Full Frame Documentary Film Festival for One Night in Kernersville (2011). As a multimedia producer, he has worked with POV, HBO, and Salma Hayek’s Ventanazul. A graduate of the University of North Carolina at Chapel Hill with an M.A. in Journalism and Mass Communication, he now lives in Durham.