Raleigh native Charles R. “Chuck” Davis, who became one of the world’s foremost teachers and choreographers of African dance, is being remembered across North Carolina and the country today for his artistry, his contributions to American dance and his ability to use art to promote peace and healing. 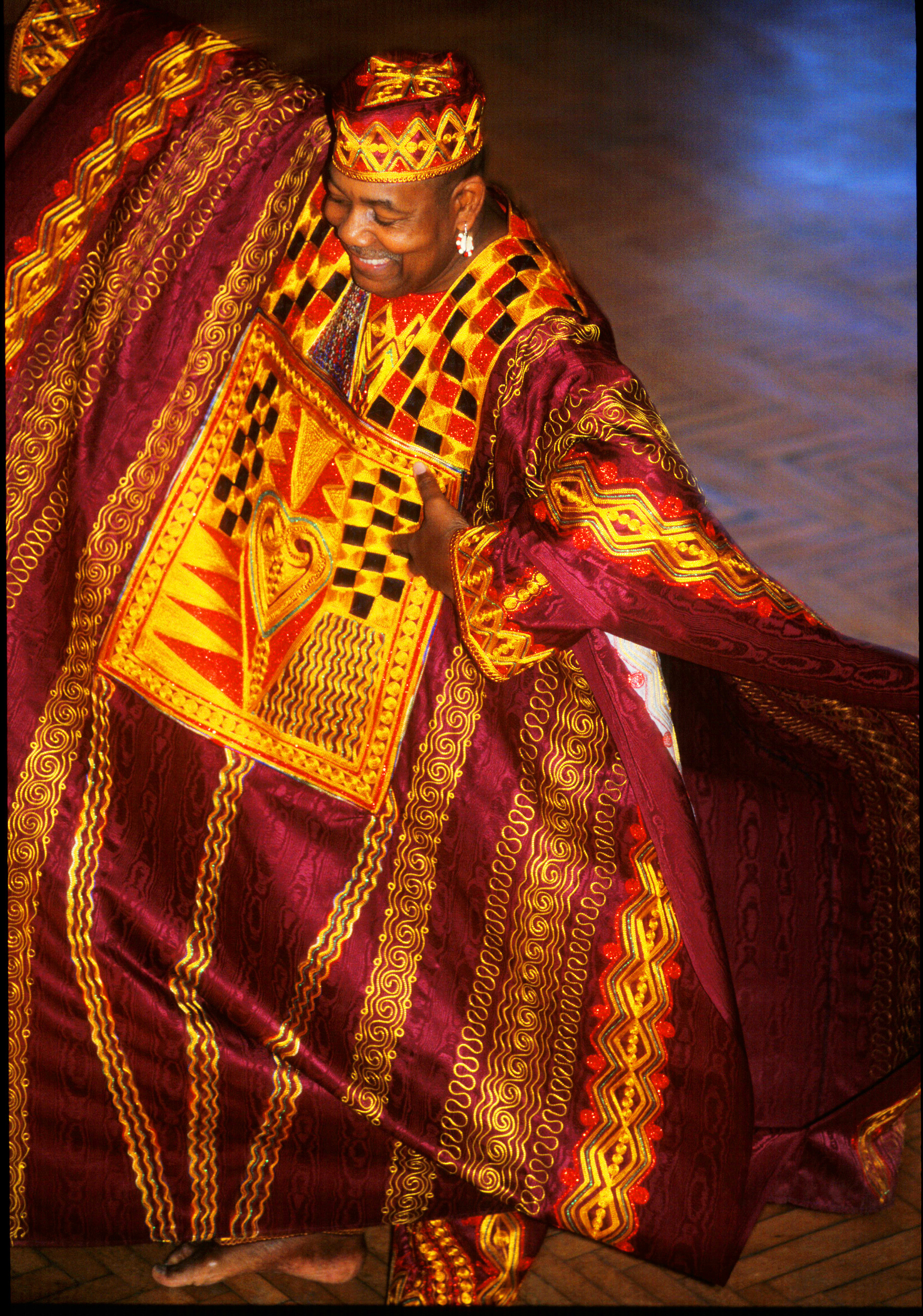 A distinguished teacher, choreographer, and ambassador for dance, Davis passed away at his home on Sunday, May 14. He founded the Chuck Davis Dance Company in New York in 1968 and, in 1982, returned to his native North Carolina to create the African American Dance Ensemble.

“Chuck Davis touched the lives of so many of our citizens,” said Susi H. Hamilton, Secretary of the North Carolina Department of Natural & Cultural Resources. “He brought African dance to every corner of the state and connected people of all backgrounds through his large and generous spirit.” Davis served as a board member of the North Carolina Arts Council for 18 years and advised the Arts Council to create programs that served diverse communities.

The Arts Council worked with Davis to conceive and launch the N.C. Black Folk Heritage Tour that toured the state for five years in the late 1980s and early 1990s.

“Working with Chuck to celebrate and share North Carolina’s African American performers in blues, dance, and gospel music was a pivotal moment in our agency’s journey to fulfill our mandate of ‘arts for all citizens’,” said Wayne Martin, Executive Director of the North Carolina Arts Council.

Davis was interviewed several weeks ago by Arts Council staff for its 50th Anniversary celebration and recalled his work as a board member. Here’s the interview.

Davis received the North Carolina Award for Fine Arts in 1992, the state's highest honor. Davis has received many other awards and other recognition for his accomplishments, including an honorary Doctor of Fine Arts degree from the City University of New York in 1998 and Dance Heritage Coalition recognition as one of the first 100 Irreplaceable Dance Treasures in the US in 2000.

Chuck Davis' major works for the stage as a choreographer and director include "Babu's Magic (An African Folk Tale)," "Babu's Juju," "Lion and the Jewel," and "Medea." His special interest in youth encouraged him to found Alayanfe (Children's Dance Company) in 1985, also based in Durham, and he participated in guest residencies with various ensembles.

“With equal energy and enthusiasm, “Baba” Chuck worked at all levels of the dance world and community, sharing his love of dance and people with an open heart,” said Sherry DeVries, Executive Director of the Durham County Arts Council. “His motto and creed of ‘Peace, Love and Respect…For Everybody’ shined through in all he did.”

Here are links to learn more about the legacy of Chuck Davis:

Tribute in the New York Times

Story in The News & Observer

Video of the African American Dance Ensemble as a touring company of cARTwheels.

About the North Carolina Arts Council: The North Carolina Arts Council launched its work in 1967 as part of a national movement inspired by the concept of “arts for all citizens.” In its first 50 years as a state agency, the Arts Council has supported the arts as a catalyst for job creation, downtown revitalization, arts-based tourism and student success both within and outside of the classroom. With 2,500 nonprofit arts organizations, including a network of local arts councils that reaches into all 100 counties of our state, the nonprofit arts industry generates $1.24 billion in direct economic activity for North Carolina. www.NCArts.org.