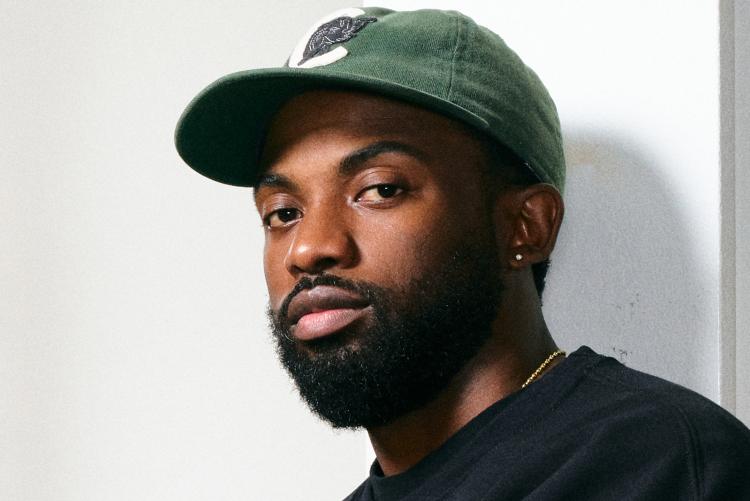 Roland, whose powerful work is deeply influenced by a three-year period of wrongful incarceration, received a $25,000 cash award and a two-week residency at The Hambidge Center for Creative Arts and Sciences.

“My interdisciplinary practice addresses the complex construction of these three core entities: innocence, identity, and community; and reimagines their social and political implications in the context of the American criminal justice system,” according to Roland’s artist statement.

He spent ten months in jail for a crime in which he was exonerated. Later Roland looked to art “as a vehicle for self-reflection and an outlet for emotional release.” While at the University of North Carolina-Greensboro he wore an orange jumpsuit every day until graduation. “The Jumpsuit Project challenges audiences to address their prejudices about the jumpsuit, my body, and the issues surrounding incarceration,” he said.

Alabama artist Carlton Nell, whose meditative drawings using silver on film explore the abstractness of the natural world, received the Southern Prize Finalist award of $10,000. The awards were announced in a ceremony held online on May 18, 2020.

Roland and Nell were among the nine South Arts State Fellowship recipients honored by South Arts, each of whom received a $5,000 award in March 2020. An exhibition of all nine artists’ work is anticipated to open at the Bo Bartlett Center in Columbus, Georgia in August 2020.

Launched in 2017, the Southern Prize and State Fellowships celebrate and support the highest quality artistic work being created in the South. Hundreds of visual artists submitted work for consideration, and a national panel of jurors reviewed the applications through the lens of artistic excellence representing the diversity of the region. A second national panel of jurors reviewed the State Fellows to determine the Southern Prize winner and finalist. Each panel is conducted blind, with the applicants’ identities withheld from the jurors.

To view the 2020 Southern Prize and State Fellows’ submissions and learn more about the competition, visit www.southarts.org.