Raleigh, N.C. (October 12, 2016) — Harriet Hoover, Katina Parker, Jina Valentine and Lien Truong, all of the Triangle area, have a received a North Carolina Arts Council Artist Fellowship Award in the category of visual art or film.

The artists are among 17 from across the state to receive the 2016 – 2017 North Carolina Arts Council Artist Fellowship Award. Artists receive a fellowship to support creative development and the creation of new work. Recipients were selected by panels comprised of artists and arts professionals with expertise in each discipline.

The N.C. Arts Council’s Artist Fellowship program operates on a two-year rotating cycle by discipline. Songwriters, Composers, and Writers are eligible to apply for the Tuesday, November 1, 2016 deadline. 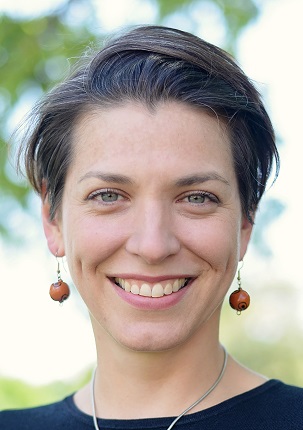 Durham artist Harriet Hoover uses ordinary materials of everyday life, such as soap, gum wrappers, and toothpicks, along with family heirlooms that she distorts and manipulates, to create sculptures and performances that explore personal responses to space, place, and memory.

Her process begins with walking, drawing, measuring, and collecting objects, sounds, and oral histories from the sites she chooses, assembling an eclectic store of materials to inform the visual expression of her work. The work itself reflects the diversity of its components, often taking the hybrid form of figure and machine.

In her performances, these qualities are heightened through repetitive gestures and movement, referencing labor, agricultural practices, and other cultural signifiers that describe the social, environmental, and political landscapes of her own history and the communities she has lived in.

Her goal isn’t to advance a particular point of view. “I am not interested in a didactic result or overt political narrative,” she said. “Rather, I create open-ended sculptural work that encourages the viewer to connect with their own experiences and narrative.”

Her work has been featured in Art on Paper at the Weatherspoon Art Museum (2014), the People’s Biennial II at The Museum of Contemporary Art Detroit (2014), and at LIGHT Art + Design in Chapel Hill.  She has a B.A. in Textile Technology and Art + Design from N.C. State University and an M.F.A. from the University of North Carolina at Greensboro. She coordinates teen and college programming at the N.C. Museum of Art in Raleigh. www.harriethoover.com 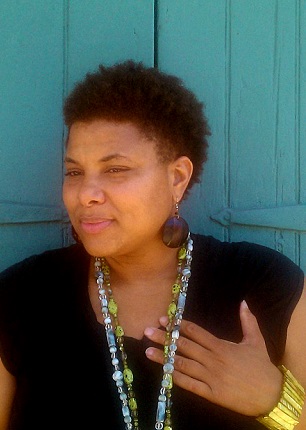 Katina Parker is a Durham-based filmmaker, photographer, writer, graphic designer, cultural curator, and social media expert, whose work speaks to the potential of technology to spark social change for voices that have traditionally been under-represented in media.

A recent work, Ferguson: A Report from Occupied Territory (2015; Fusion/ABC-Disney), offers a provocative reframing of racial profiling and the over-policing of poor communities for profit. Voices on Ferguson and Police Brutality (2015; Amnesty International) is a 25-part series that Parker produced and directed based upon the testimonies of Ferguson protesters.

A new project, Truth. Be. Told. (2016), is a documentary series about Queer Black Visionaries. Each episode features an intimate conversation with a noteworthy interviewee as they discuss their lives, loves, and personal callings, as well as the experiences, realities, and identities that fuel them. To date, more than 60 people have committed to being interviewed.

In 2017, Parker will begin post-production on SIS, the story of her great grandmother, a larger-than-life presence and significant influence in her own life, using audio interviews and photos gathered over the course of 25 years. She is also directing #BlackLivesMatter, a feature documentary that amplifies the international pushback against discriminatory policing and the over-militarization of police forces.

In addition to her personal projects, she shoots for AJ+, the New York Post, Fusion, and Huffington Post. Previously, Parker taught social media and film through the Center for Documentary Studies (CDS) at Duke University and worked as a creative director in Los Angeles, where her body of work encompassed film and multi-camera TV, graphic and web design, magazine writing, and photography. Her clients included Will Smith, Jada Pinkett Smith, Saul Williams, and Cody ChesnuTT. She received her M.F.A. in Film Production from the University of Southern California. You can follow Parker on Instagram: @katinanparker, Twitter and Facebook at @katinaparker 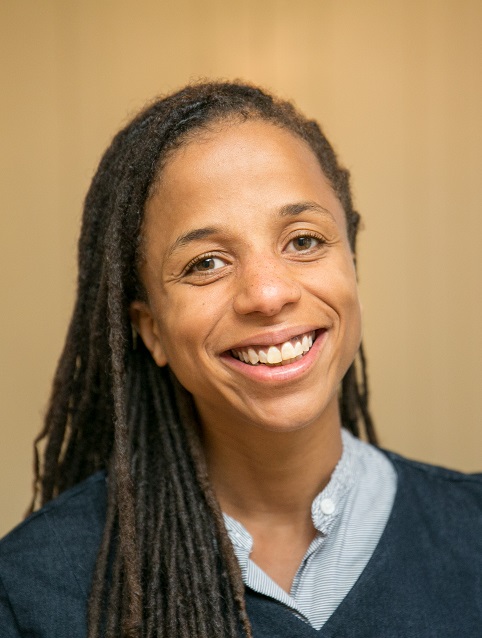 Jina Valentine’s work at once invites and defies close reading. Using text as both content and form, she manipulates and obscures the message through cuts, overlays, and acidic ink materials that literally devour the paper on which it’s printed. She entices viewers to contemplate the intricacies of her lace-like drawings and collages, which seem to promise meaning in the accumulation of visual mark-making and clues, but often leaves them yearning for what they can’t see in the spaces and voids.

Recently, Valentine has employed new methods to explore her ideas. “In the past few years, my practice has become more politically engaged, collaborative, experiential, and experimental,” she explained. “It still includes the manipulations of objects, paper, and writing, but it also involves animation, performance, archiving, facilitating public dialogues, imagining new pedagogies, and interdisciplinary collaboration.”

One of these efforts was the Black Lunch Table gatherings she co-organizes with New York-based artist Heather Hart at institutions across the country. Valentine and Hart invite participants to engage in roundtable discussion on a variety of topics, ranging from implicit bias to the authorship of art/history. They also stage Wikipedia edit-a-thons which teach participants to author their own pages, with a focus on adding and improving articles on artists of the African Diaspora.

Valentine graduated with an M.F.A. from Stanford in 2009 and is now an Assistant Professor in the Department of Art at the University of North Carolina at Chapel Hill. She has had numerous exhibitions and residencies, including at Skowhegan School of Painting and Sculpture and the Joan Mitchell Center in New Orleans. This year, the Black Lunch Table project was awarded a Creative Capital Emerging Genres grant and an Institute for Arts & Humanities Fellowship.
www.jinavalentine.com 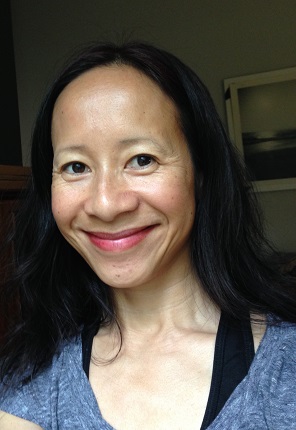 The physical practice of painting connects Lien Truong to practitioners and cultures through time.

“The act of manipulating pigment over a support simultaneously embraces centuries of historical drawing and painting, art made integral with religious principles and cultural ideologies,” she explains. “I am at once undeniably seduced by the sensation and process of pushing material over a surface and at the same time curiously fixated on the present-day relevance and discoveries of these primordial acts.”

As a Vietnamese refugee and U.S. citizen, Truong understands the “increasing complications of social and cultural identity in our eternally migratory world.” Using textiles as her material to reference centuries of colonialism and trade, she updates the 19th century genre of history painting using motifs that borrow from eastern and western traditions. Her work resides in a hybrid space between these worlds, illuminating new ways of conceiving and presenting landscape, architecture, and the figure.

Truong ‘s work has been published in New American Paintings and ARTit Japan and been exhibited at the National Portrait Gallery, The National Centre for Contemporary Arts in Moscow, the Pennsylvania Academy of the Fine Arts, and Galerie Quynh in Ho Chi Minh City, The Oakland Museum of California, among many others. She is an Assistant Professor at the University of North Carolina at Chapel Hill. Find out more about Truong at www.lientruong.com.

About The North Carolina Arts Council

North Carolina has long been recognized for rich traditions in crafts, literature, historical drama, and music. Since 1964, the N.C. Arts Council has worked to strengthen North Carolina’s creativity, invention, and prosperity through its four core functions: creating a strong and efficient arts infrastructure across North Carolina; planning and implementing economic development initiatives; educating our young people; and researching the impact of the arts on our state. www.NCArts.org

The N.C. Department of Natural and Cultural Resources (NCDNCR) is the state agency with a vision to be the leader in using the state’s natural and cultural resources to build the social, cultural, educational and economic future of North Carolina. Led by Secretary Susan Kluttz, NCDNCR's mission is to improve the quality of life in our state by creating opportunities to experience excellence in the arts, history, libraries and nature in North Carolina by stimulating learning, inspiring creativity, preserving the state’s history, conserving the state’s natural heritage, encouraging recreation and cultural tourism, and promoting economic development.