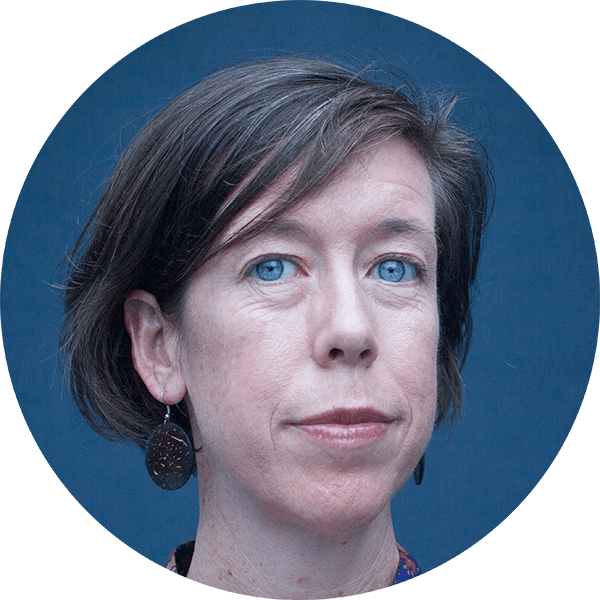 Kelly Creedon uses film to re-examine the stories that we tell ourselves and that we learn from the culture around us. Her subjects are often from backgrounds unlike hers, but she helps her viewers see into the lives of people they may pass on the street without a second glance – and find the humanity there that we all share. She explains, “As a filmmaker, I seek out stories that are framed within the lens of social constructs that divide us: race, class, language, religion, ideology. But at their heart, these stories are driven by love, family, struggle, and the universal experiences that keep us closely and inextricably tied to one another as a human community.”

Creedon recognizes that being a white artist carries a special responsibility in these times. “As a white filmmaker living in the current political moment in the United States, I find myself challenged to turn the lens on whiteness and work to make visible the privileges, biases, and assumptions that accompany the experience of whiteness and white identity in this context.” She hopes that her honesty and empathy can help shape a different conversation, one that acknowledges and illuminates the stories we’ve neglected and leads in the direction of racial healing and reconciliation.

She graduated from the University of North Carolina at Chapel Hill with an M.A. in Visual Communication in 2015. Since then, two of her films have enjoyed success at festivals.  In This World, a documentary short, screened at the International Film Festival, Boston, Baltimore International Black Film Festival, and the New Orleans Film Festival, among others, all in 2016. Farmsteaders (2018), her recent feature film, has shown at the Athens International Film + Video Festival and been part of the Southern Circuit Film Tour, among other selections. Kelly Creedon is a 2018-2019 N.C. Arts Council Artist Fellowship winner.