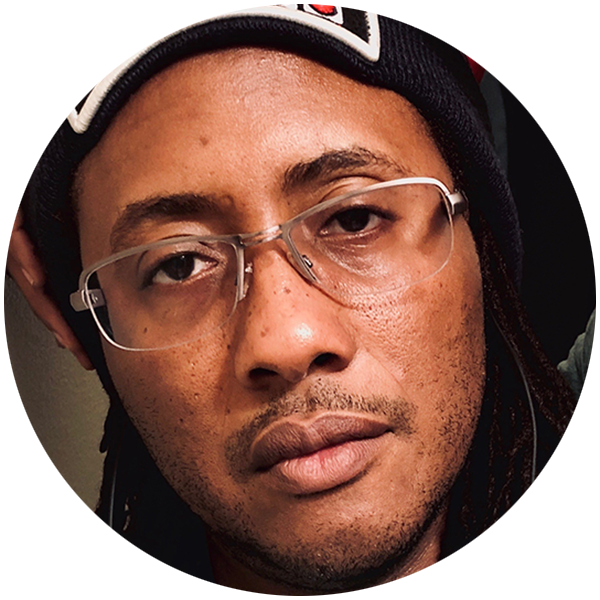 Simply put, I love music,” says Derrick J. Hines. “I love listening to, playing, writing, and performing music of all kinds.”
Hines says that music is very personal to him, but that lyric writing is influenced mostly by the external world. “I tend to lean toward storytelling and/or under-the-table social- political commentary when writing lyrics,” he says. “I'm sure parts of me seep into my lyrics, but I assure you it is not intentional. I enjoy exploring subject matter from different perspectives, whether through fictional characters or real people—mainly, combinations of people.”
He has been influenced by a wide range of musicians, from Prince to Radiohead, Tchaikovsky to Thelonius Monk, and Manu Delago to Meshell N'Degeocello. Nonetheless, he says, “My main influences are usually the people I'm collaborating with at the time.” Perhaps his most important influence, however, was his uncle who was his musical mentor and remains an inspiration in his life.
Hines performed as a rapper and backing vocalist with Dr. Meaker at the 2007 Glastonbury Music Festival, UK.  More recently, he has also played on recordings with the Dinner Rabbits and Bless These Sounds Under the City, and Yes Creator! and performed at the BOOM! Festival and the Charlotte Dance Fest.