Deadline for Nominating Traditional Artists for N.C. Heritage Award is May 1

Raleigh, N.C., March 1, 2017 — Nominations are open for the North Carolina Heritage Award, the state’s highest honor for traditional artists, until Monday, May 1.

Craft, music and storytelling artists, who help preserve North Carolina’s unique folkways through the traditional arts of their communities, may be nominated for the award. 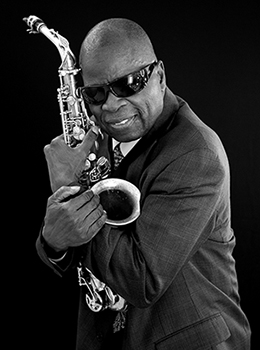 The N.C. Arts Council will celebrate its 50th anniversary starting this summer and the birthday festivities will culminate with the presentation of the North Carolina Heritage Awards at a ceremony to be held in Raleigh in May 2018.

Masters of traditions such as string band, gospel, balladry and blues music; master storytellers; and experts in craft traditions that include pottery, basketry, blacksmithing, weaving, boatbuilding and carving, among others, have been recognized with Heritage Awards.

Criteria for selection include authenticity, current and past record of excellence and significance of the work within the context of the nominees’ specific cultural tradition. Recognizing the importance of passing North Carolina’s traditional arts to present and future generations, this year priority will be given to those nominees who actively impart their traditions to young practitioners.

The Heritage Award ceremony and concert in the spring of 2018 will feature performances and demonstrations involving both Heritage Award recipients and their students.

To nominate a traditional artist in your community, please review the nomination packet or visit  http://www.ncarts.org/2018-north-carolina-heritage-award.

The N.C. Department of Natural and Cultural Resources (NCDNCR) is the state agency with a vision to be the leader in using the state's natural and cultural resources to build the social, cultural, educational and economic future of North Carolina. NCDNCR's mission is to improve the quality of life in our state by creating opportunities to experience excellence in the arts, history, libraries and nature in North Carolina by stimulating learning, inspiring creativity, preserving the state's history, conserving the state's natural heritage, encouraging recreation and cultural tourism, and promoting economic development.