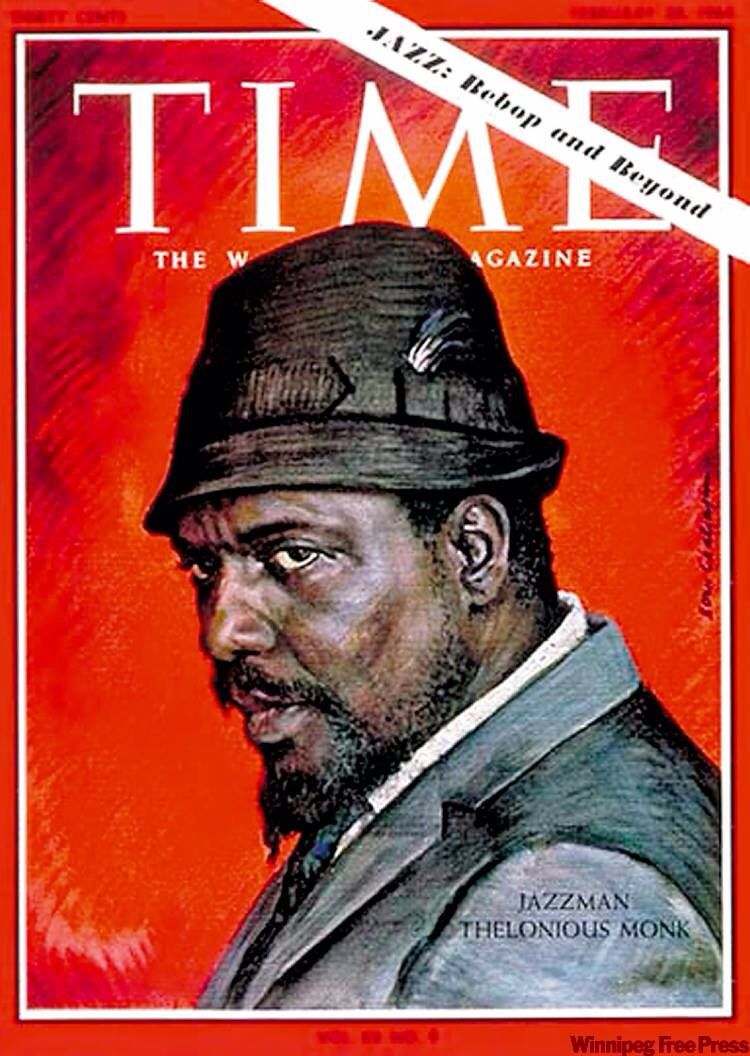 On February 28th, 1964, Thelonious Monk graced the cover of Time Magazine. The essay within, “The Loneliest Monk” by Barry Farrell, reinforces the imagery of the cover – painting monk as a mysteriously dark, but brilliant innovator.

To read the article published 55 years ago today, follow this link. 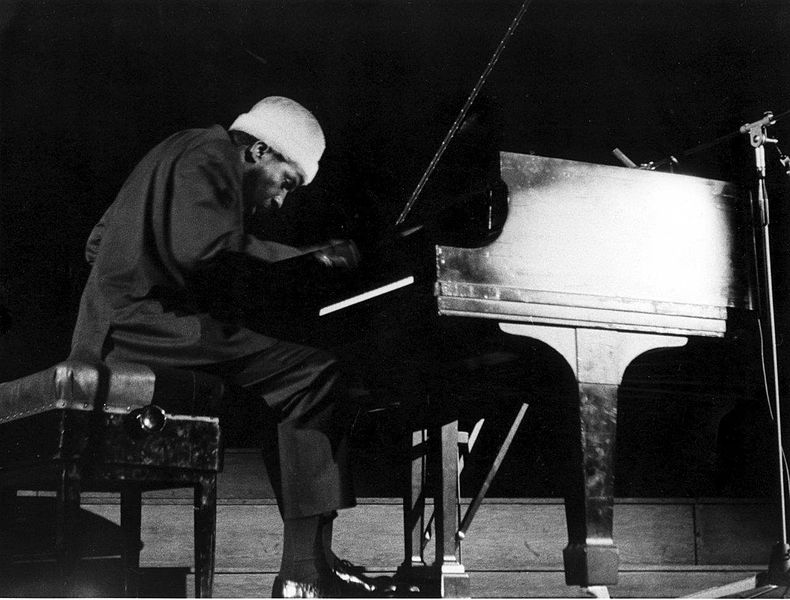 A Celebration of Thelonious Monk's Life

On February 17th, 1982, Thelonious Monk passed away at the Weehawken, New Jersey home of jazz patron Baroness Pannonica de Koenigswarter after almost a decade of isolation. In the days following, tributes to his impact on the world of music poured out, culminating in a funeral service held at St. Peter’s Church in New York City, attended by hundreds of family members, friends, and loyal fans.

Famously quoted as saying “The piano ain’t got no wrong notes,” Monk pushed the boundaries of jazz, applying dissonance, improvisation, and minimalism in place of heavily arranged big band pieces, helping to usher in a new era – bebop. With nearly 70 original compositions, Monk’s innovation lives on today through his many works that are now standards in jazz repertoires. Below is an excerpt from the African American Music Trails of Eastern North Carolina Guidebook highlighting Monk’s connection to his birthplace. 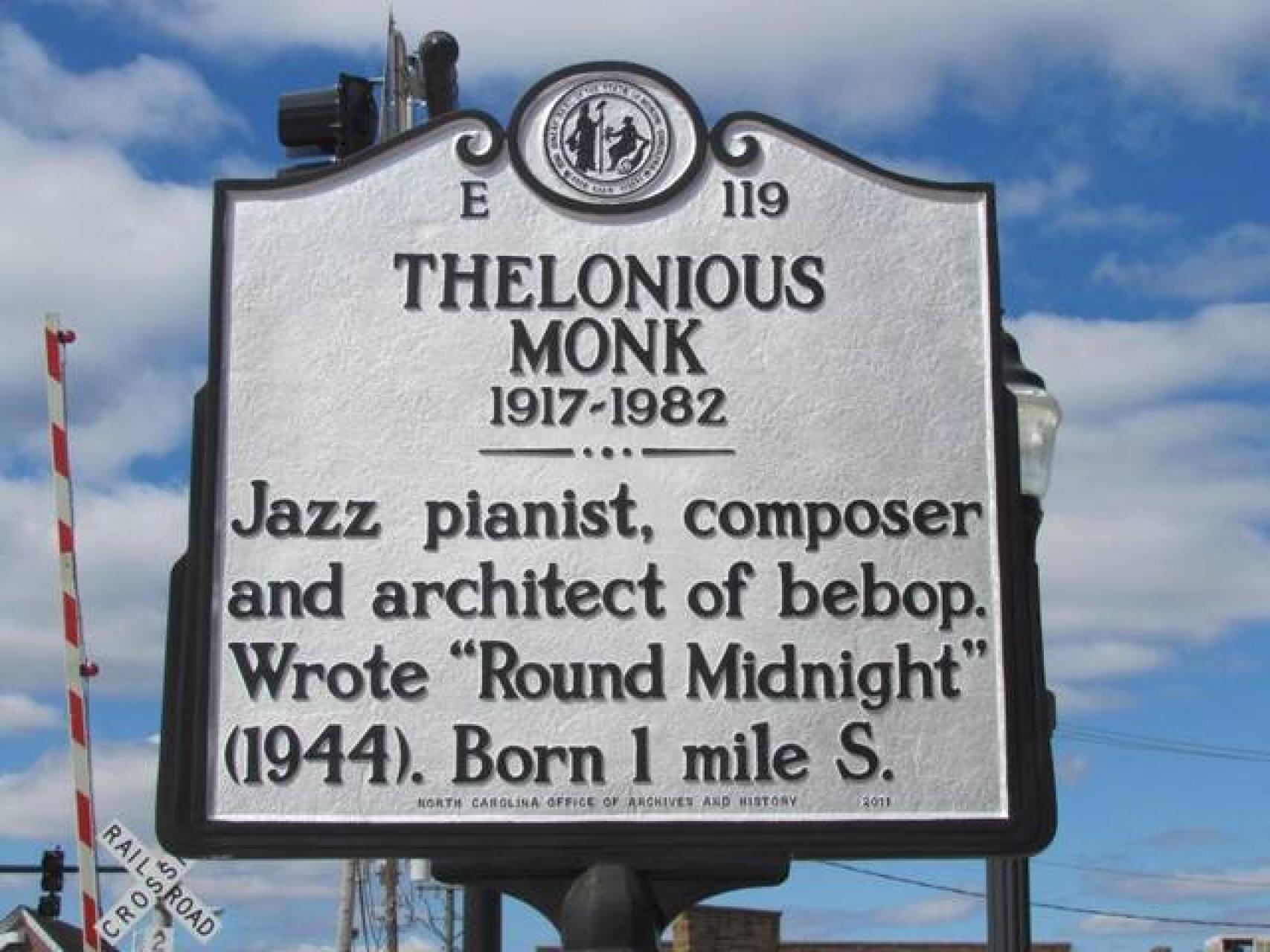 In 1922, a young family with three children left Rocky Mount to begin a new life in New York. The middle child, Thelonious Monk, was four years old when they moved. One might imagine that because he left North Carolina at such a young age, he would have grown up with very little cultural connection to the state of his birth. However, the Monks were part of the Great Migration of African Americans who left the South and settled by the thousands in the more-industrialized, less-segregated Northern cities. Jazz scholar Sam Stephenson, in the Oxford American Magazine (2007), writes of how, even in the family’s Manhattan apartment, the culture of North Carolina and the South was ever present.

Monk’s mother, Barbara Batts Monk, writes Stephenson, “was a North Carolinian through and through.  Her accent, the food she cooked, and, most profoundly for young Thelonious, the churches she attended with the family in New York were steeped in southern culture.” In May of 1970, Thelonious Monk made one of his rare return visits, traveling with his wife Nellie to Raleigh for a series of performances at the Frog & the Nightgown jazz club, Stephenson reports. Leroy Williams, a member of Monk’s band for the Raleigh shows, recounts the night the Frog’s staff presented Monk with a white homecoming cake ornamented with a fez in honor of Monk’s famous passion for odd hats. “It had icing that said, ‘WELCOME HOME TO NORTH CAROLINA,’ and Monk was very enthusiastic about it,” Williams says. “He was smiling, and he said, ‘Thank you.  I’m from Rocky Mount. Thank you.’ Monk loved it.”

This 1966 live performance of one of Thelonious Monk’s most famous compositions, “'Round Midnight,” features longtime collaborator Charlie Rouse on tenor saxophone, Larry Gales on bass, and Ben Riley on drums. Monk takes a solo at the 4:04 mark that offers up his signature stylings: understated and masterful, his left hand provides sparse, staccato accompaniment to a sometimes-twinkling-sometimes-stabbing right hand – a lesson in minimalism. To quote acclaimed jazz vocalist Sheila Jordan at Thelonious Monk’s funeral ceremony, ''We thank you for all the music you gave us, dear Thelonious Monk.''