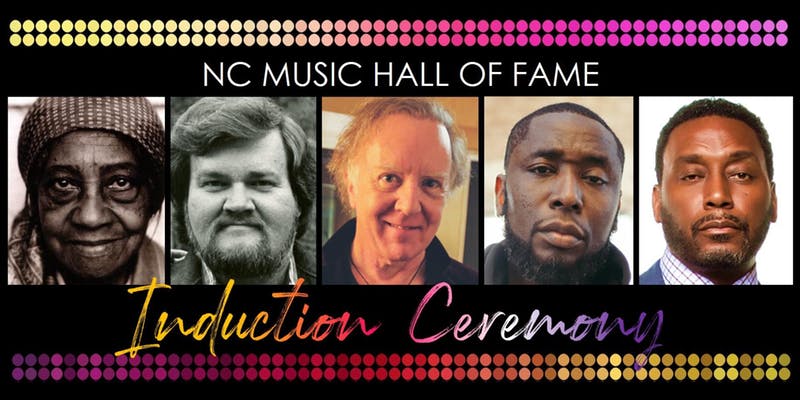 The North Carolina Music Hall of Fame Induction Ceremony is tonight! The ceremony at the Gem Theatre in Kannapolis, N.C. will honor the new class of inductees: Elizabeth Cotten, Merle Watson, 9th Wonder, Big Daddy Kane, and Mitch Easter. Current Hall of Famers Shirley Caesar and Kellie Pickler will perform at the ceremony as highlight inductees.

There are still a few tickets available to this special evening. However, if you can’t make it to the Gem Theatre, Come Hear NC will be on site live streaming the whole evening. Tune in at 7:15 PM at the link below! 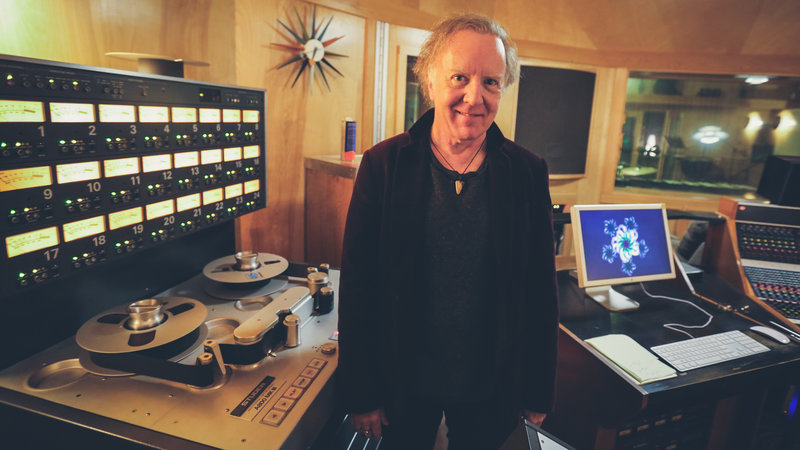 Esteemed producer, musician, and songwriter Mitch Easter will be inducted into the North Carolina Music Hall of Fame on Thursday, October 17, 2019.

Hailing from Winston-Salem, N.C., Easter is a titan of the jangle-pop genre. His high school and college years saw him pairing up with fellow Winston-Salemites and future dB’s founders Chris Stamey and Peter Holsapple in the groups Rittenhouse Square and Sneakers. After graduating from the University of North Carolina at Chapel Hill in 1978, he went on to form the power pop group Let’s Active alongside bassist Faye Hunter and drummer Sara Romweber. It was around this time that Easter started Drive-In Studios in his parents’ garage back home in Winston-Salem.

One of his first clients at the new studio was the up-and-coming Athens, G.A. band, R.E.M. The group recorded their first single, “Radio Free Europe,” at Drive-In Studios, and the session developed into a working relationship that lasted nearly five years, with Mitch Easter producing the band’s first EP, their breakthrough debut album Murmur, and their sophomore effort Reckoning. Drive-In Studios closed in 1994 and Mitch Easter relocated to Kernersville, N.C., opening under the new name Fidelitorium Recordings. The studio remains open and active today, and acts such as the Avett Brothers, Drive-By Truckers, the Mountain Goats, and Yusuf Islam (Cat Stevens) have utilized the space. 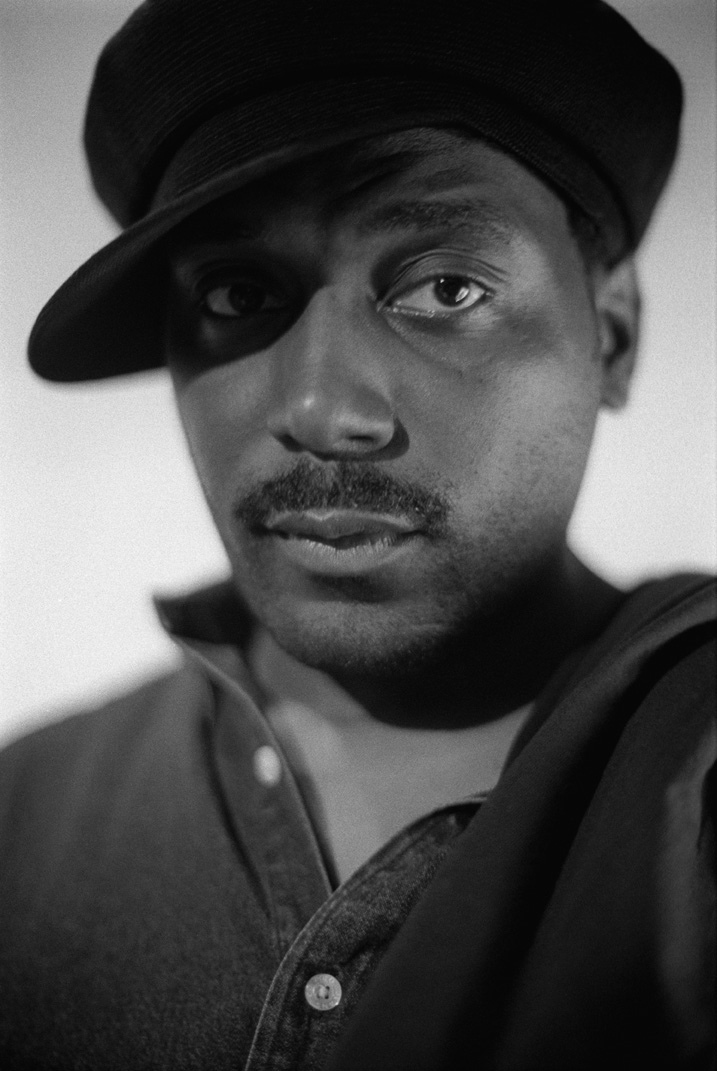 The influential hip hop MC, Big Daddy Kane, will be inducted into the North Carolina Music Hall of Fame on Thursday, October 17, 2019.

Born in Brooklyn, New York, Big Daddy Kane got his start with the Queens-based hip-hop collective the Juice Crew before gaining fame as a solo artist with his debut album, Long Live the Kane. Widely regarded as one of the greatest MCs of the “golden age” of hip hop, Kane bridged the gap between the 80s and 90s, passing the figurative torch to his protégé and fellow Brooklynite Jay-Z, introducing him to the world on his 1994 album Daddy’s Home.

Big Daddy Kane moved to Raleigh, N.C. in 2000, saying “it was a nice, mellow place and so I just…went.” Soon after relocating, Kane linked up with North Carolina hip-hop legends Little Brother for a feature on their 2005 mixtape Chitlin Circuit, lending a verse to the song “Welcome to Durham” and dubbing his new home the “Brooklyn in the South.” 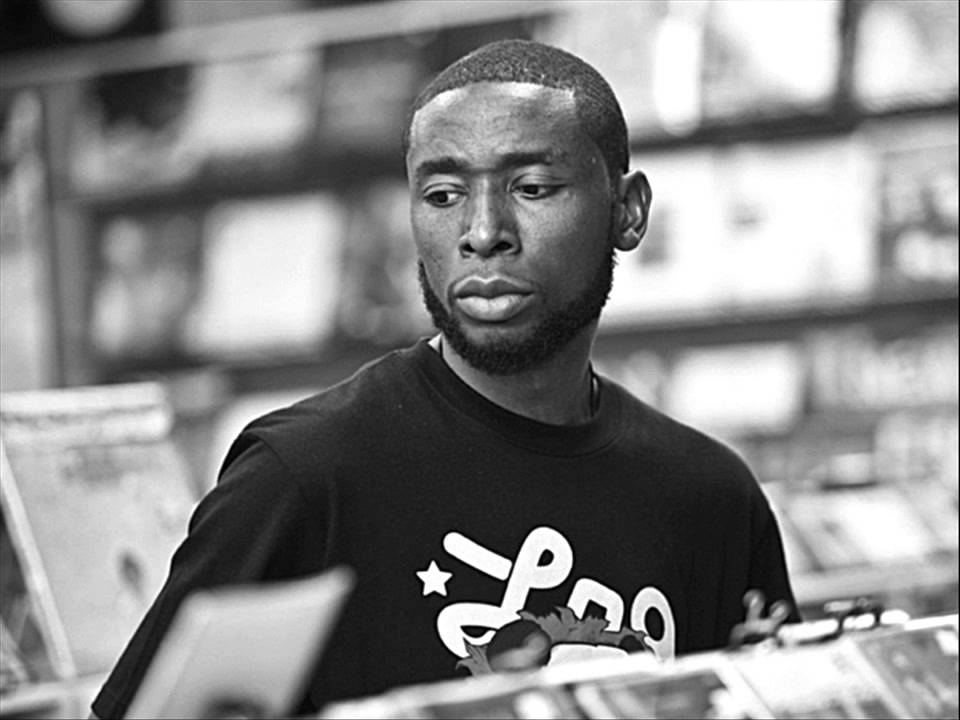 Hip-hop producer Patrick Douthit, known to the world as 9th Wonder, will be inducted into the North Carolina Music Hall of Fame on Thursday, October 17, 2019.

Born in Midway, N.C., 9th Wonder’s career kicked off in a North Carolina Central University dorm room with the hip-hop collective the Justus League, which later evolved into the group Little Brother. 9th Wonder produced the first three Little Brother albums, including the critically acclaimed concept album The Minstrel Show, before departing in 2007 to pursue his solo career.

9th Wonder uses FruityLoops and other computer programs to build his beats, and he relies almost entirely on samples. His distinct, soulful sound has grabbed the attention of some of hip-hop’s greatest wordsmiths, and his credits list reads like its own Hall of Fame, lending his prowess to the likes of Jay-Z, Destiny’s Child, Drake, Erykah Badu, Rapsody, and Kendrick Lamar. He produced the final track, “DUCKWORTH,” on Lamar’s Pulitzer Prize winning album, DAMN. in 2017. In addition to production work, 9th Wonder operates the independent record label Jamla Records, under It’s a Wonderful World Music Group (IWWMG).

His work spans into academia and public service, as well, having served as an artist-in-residence, lecturer, and fellow at his alma mater North Carolina Central University, Duke University, and Harvard University’s Hip Hop Archive. 9th is currently on the Executive Committee of Hip-Hop and Rap at the National Museum of African American History and Culture at The Smithsonian in Washington D.C. and on the Kennedy Center’s Hip Hop Culture Council.

Can't Make it to the N.C. Music Hall of Fame Induction Ceremony? Come Hear NC Will Be Live Streaming the Event! 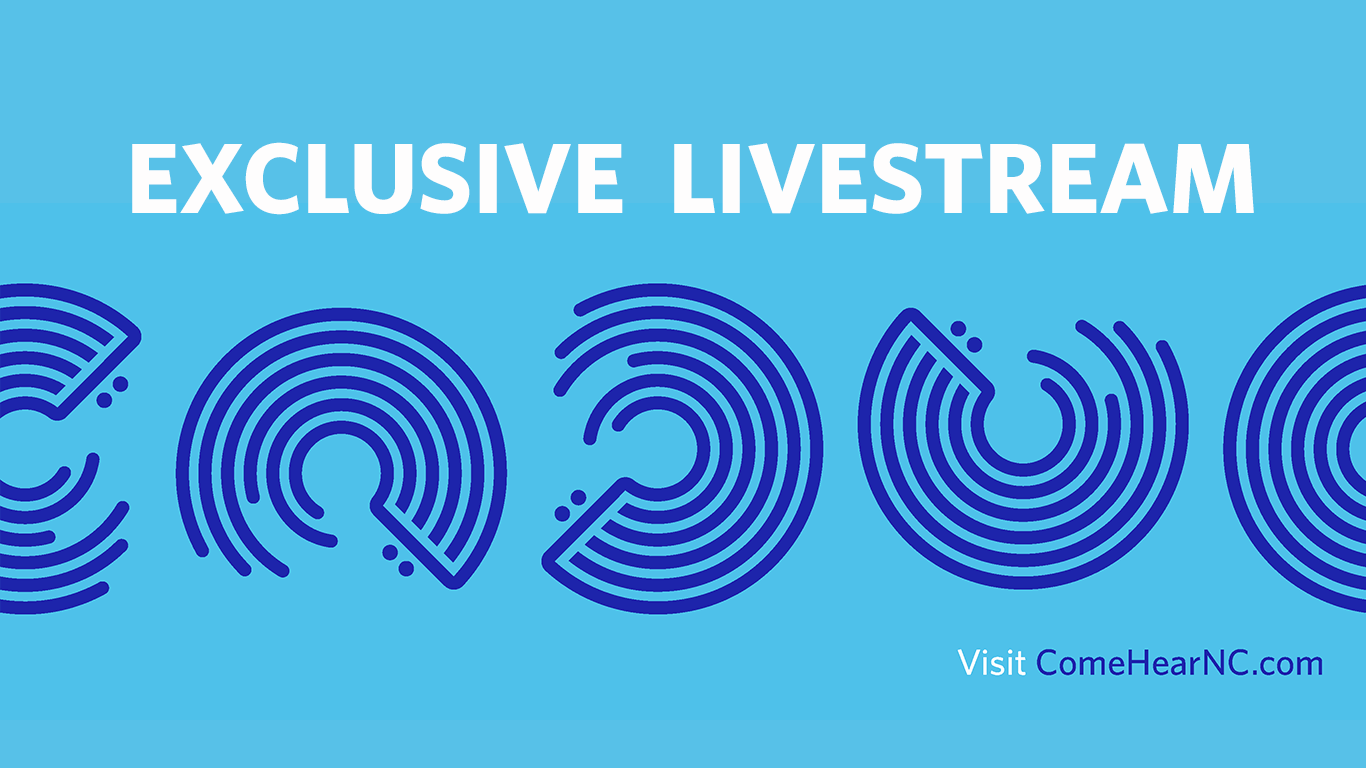 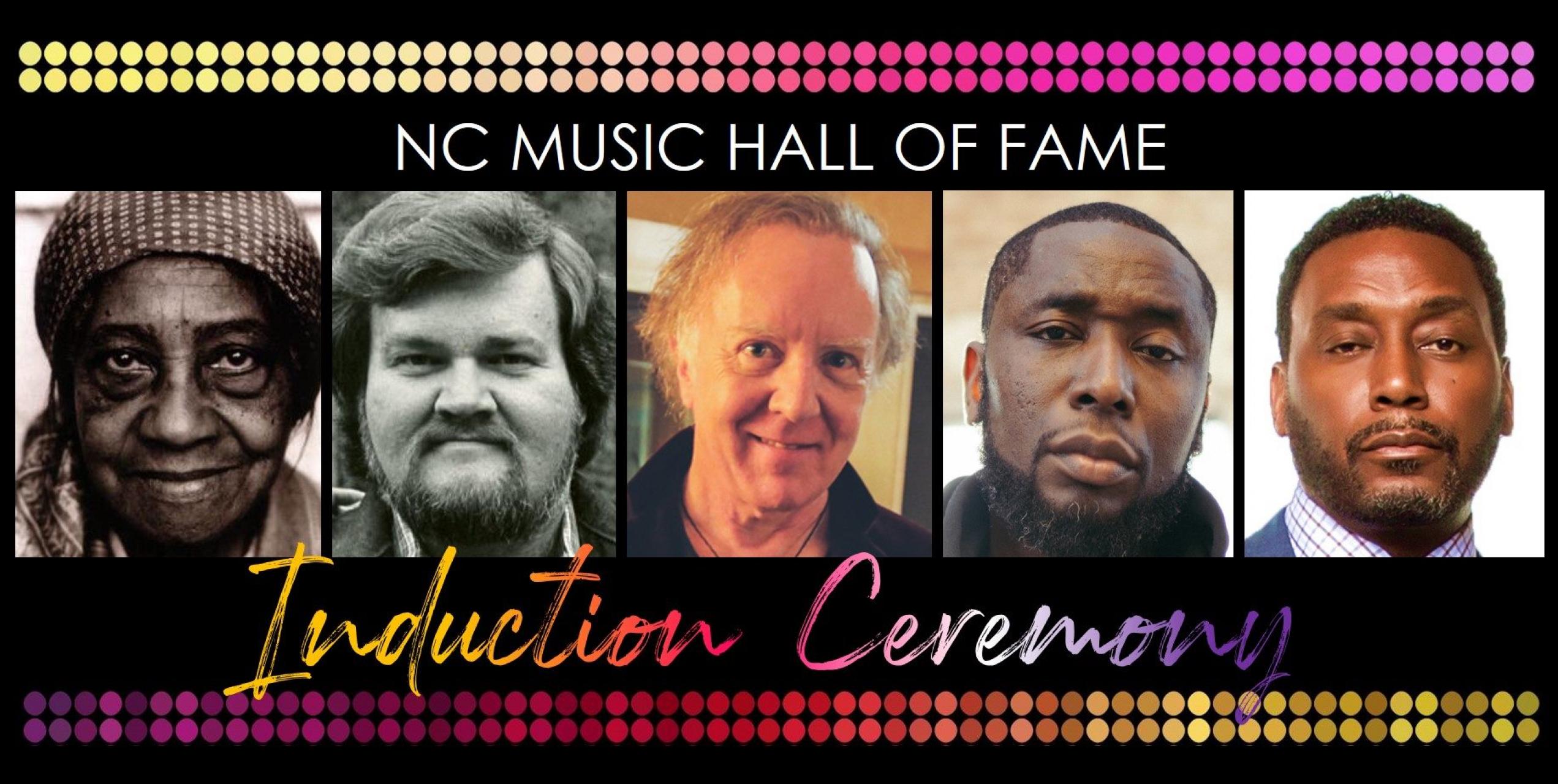 The official induction of the 2019 class will take place between 7:15 and 10:30 p.m. at the historic Gem Theatre in Kannapolis, N.C. The Ceremony is open to the public and includes a pre-ceremony reception for VIP ticket holders. The event also includes live performances by North Carolina Music Hall of Fame inductees. Past inductees Pastor Shirley Caesar and Kellie Pickler will return to the Induction Ceremony as highlight inductees.

Tickets for the ceremony are available for purchase here. Watch the induction ceremony below:

Merle Watson, son of flatpicking legend Doc Watson, will be posthumously inducted into the North Carolina Music Hall of Fame on October 17, 2019.

Born in Deep Gap, N.C., Merle began playing with his father at the age of 15. They recorded 12 albums together, with Two Days In November earning the 1974 Grammy for Best Ethnic or Traditional Recording and “Big Sandy/Leather Britches” winning in 1979 for Best Country Instrumental Performance. Serving as lead guitarist and banjo player for his dad’s band for 20 years, Merle tragically passed away after a tractor accident in 1985.

MerleFest, an annual music festival held in Wilkesboro, N.C. was founded in 1988 in memory and honor of the deceased guitar legend, and to this day serves as the premiere “traditional plus” weekend of music – a fitting tribute to one of North Carolina’s most important musicians. 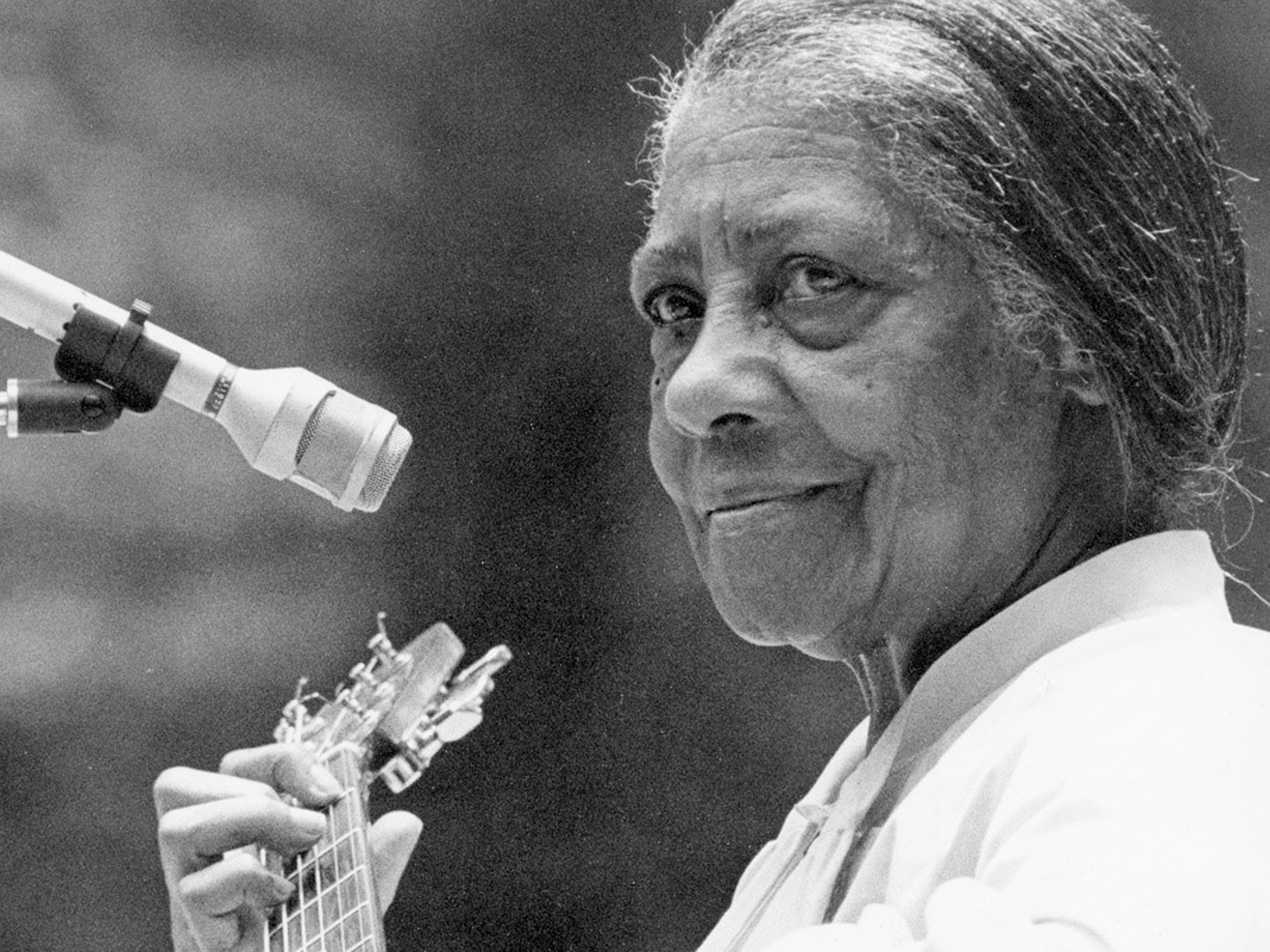 Elizabeth “Libba” Cotten will be posthumously inducted into the North Carolina Music Hall of Fame on October 17, 2019.

Born in 1893 in Carrboro, N.C., Cotten developed a unique style of guitar playing known to the world now as “Cotten Picking,” a technique born out of necessity. Libba was left-handed, and her brother’s guitar was strung to be played right-handed, so she learned to play the guitar upside down. Playing the lower strings with her index finger and the higher strings with her thumb established a unique sound, placing more emphasis on the bass lines and effectively serving as her own accompanist when playing.

Cotten penned her most famous song, “Freight Train,” when she was only a teenager. The iconic song was made famous during the folk revival of the late 1950s after she played it for the Seeger family, who she worked for as a maid. Her debut 1958 album, Folksongs & Instrumentals with Guitar, is credited as one of the most influential folk albums of all time, and her songs have been covered countless times by the likes of Doc Watson, the Beatles, Bob Dylan, and Rhiannon Giddens.

Elizabeth Cotten passed away in 1987, at the age of 94, leaving a permanent mark on the world of folk and blues music. This month she will join an esteemed group of North Carolina musicians in the North Carolina Music Hall of Fame.