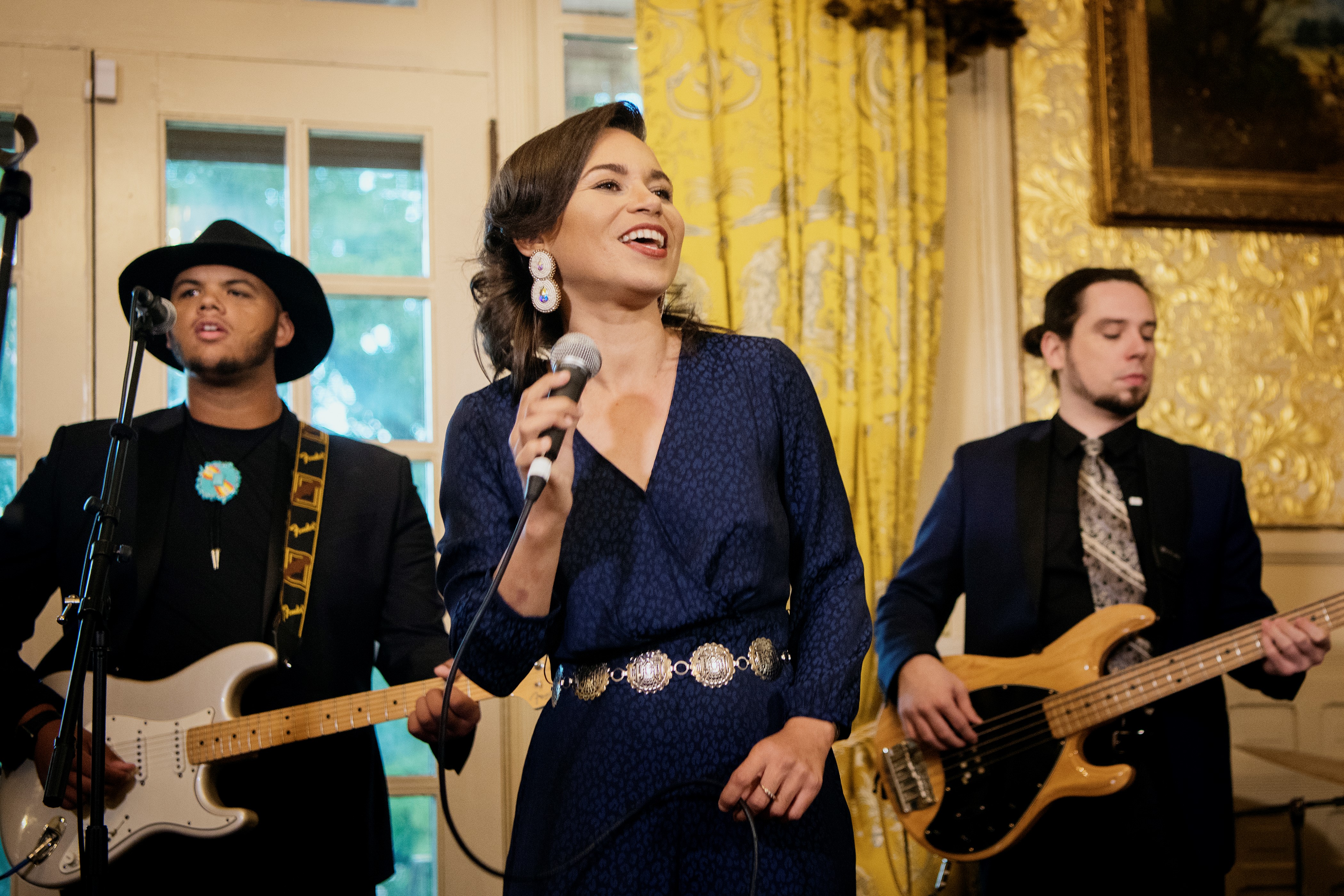 Charly Lowry performs “Brown Skin” at Music at the Mansion

Towards the beginning of Charly Lowry’s Music at the Mansion performance, her band stepped back and Charly took center stage, holding only a hand drum. She took the opportunity to speak about how her identity as a woman intersects with her work as a Native American musician. She spoke about her relationship with fellow Native American singer-songwriter Pura Fé, the significance of the hand drum to her culture, and the UNC-Chapel Hill origins of her anthem for women, “Brown Skin." 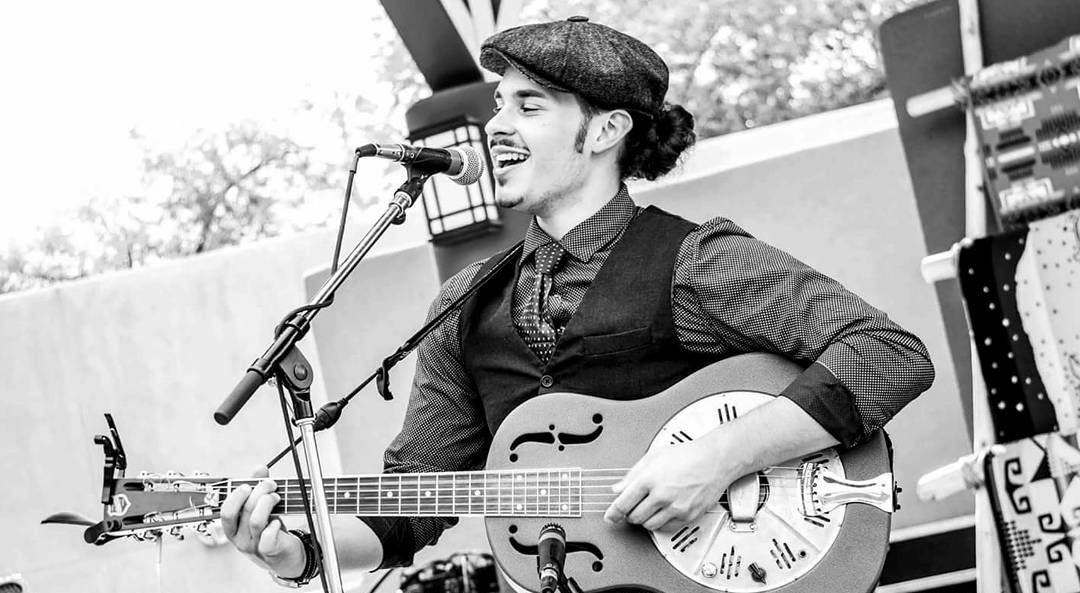 The following biography is courtesy of Music Maker Relief Foundation, and we are sharing it in advance of their upcoming 25th Anniversary celebration: Music Maker 25. Lakota John will perform alongside Pura Fé, Cary Morin, and the Deer Clan Singers at Music Maker 25 on Saturday, December 7: https://dukeperformances.duke.edu/events/native-american-pura-fe-cary-mo...

John Lakota Locklear, born in 1997, grew up listening to his dad’s music collection.  At seven years old, he picked up the harmonica and at nine his first guitar.  Intrigued by the sound of the slide guitar, by ten he had bought himself a glass slide, placed it on his pinky finger and has been sliding ever since. Today he is joined by Mama Tonya, Papa John and Sister Layla; a proud Lumbee Nation family of talented musicians.

The Lumbee Nation includes 50,000 members who call the enchanting area around Lumberton, NC, with its swamps and cypress trees, home. The tribe has resided along the banks of the Lumbee River, from which they take their name, since the mid-1700s. It is the largest tribe east of the Mississippi and has yet to gain federal recognition. Since the creation of blues music, Indians have paid an often overlooked but deep contribution to this musical tradition. The father of the blues, Charlie Patton, was a Choctaw Indian. Scrapper Blackwell, Jesse Ed Davis, Elizabeth Cotten, Jimi Hendrix and so many of our great blues and jazz artists celebrated their Indian heritage. Lakota John & Kin continue to stir our musical southern stew with their ancestors’ ancient harmonies and traditional blues melded together. 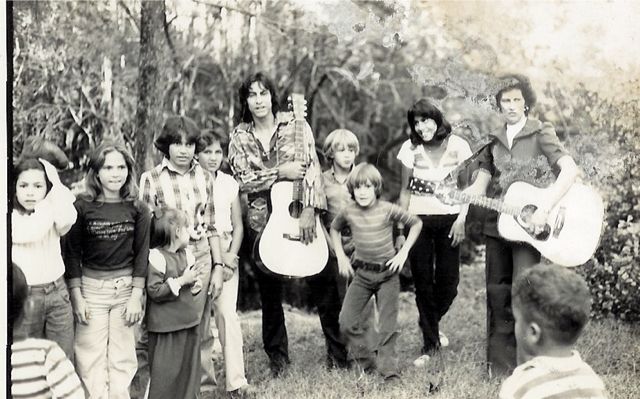 Willie French Lowery was born in 1944 in Robeson County, N.C. During his career, he published over 500 songs and his groups “Plant and See” and “Lumbee” toured with the likes of the Allman Brothers, Linda Ronstadt, and Canned Heat. Beyond his musical prowess, Lowery was a pillar of North Carolina’s Lumbee community, serving as an activist, educator, and tradition-bearer of his tribe’s heritage. Lowery wrote the music for the tribe’s beloved outdoor drama Strike at the Wind, which chronicles the story of Henry Berry Lowery, and he penned what many Lumbee think of as their community’s national anthem “Proud to be a Lumbee.”

Charly Lowry noted his significance to their community during her recent Music at the Mansion performance, telling the crowd, “He was really the first artist that we saw have these opportunities, and that let us know we could have the same opportunities.” She then led her band in a powerful rendition of his hit song, “Streets of Gold.” Hear for yourself below. 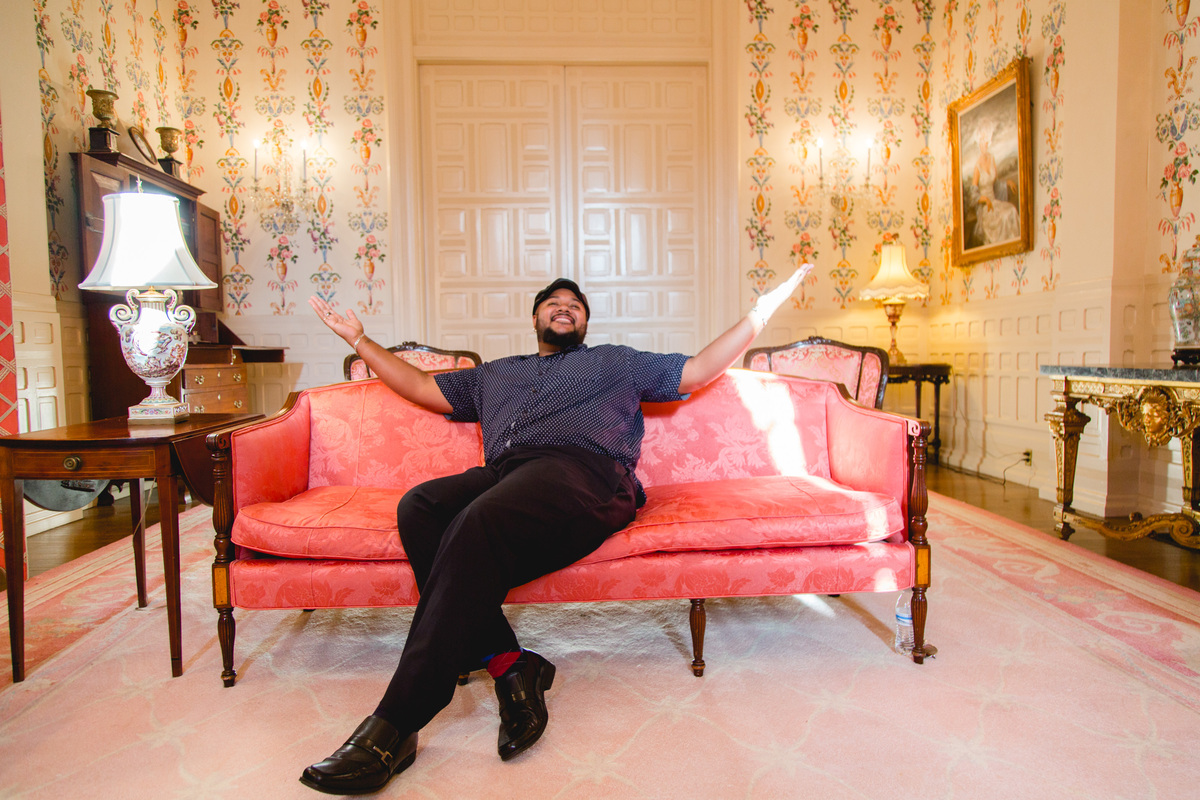 “Growing up and seeing my mother sing in the gospel circuit created in me this drive to want to do something. I never forget she [once] took me by a church cemetery and she said, ‘There’s people in here who could sing like Whitney [Houston]…who could sing like [the] amazing artists of the world, but they chose to stay here. She said ‘Take the opportunity and go and do whatever you need to do and go out into the world and share your gift with the world.’ And so I always try to do that in any way, shape or form.”

This week we published a new installment of Music at the Mansion which featuring singer-songwriter Charly Lowry performing with a team of talented North Carolina musicians including pianist and pop artist Kyng Bea (Brandon McClean).

Born and raised in Raeford, North Carolina, Kyng Bea’s first exposure to music came through his mother, a popular gospel singer who taught him the basics of piano. Last year the vocal and musical talents of Kyng Bea and his fellow Music at the Mansion performer Alexis Raeana awarded them a trip to Los Angeles to audition for a spot on American Idol.

First trained as a pianist, in recent years Kyng Bea has focused on highlighting his vocal abilities which are apparent in the latest Music at the Mansion.
Take a listen to Kyng Bea’s solo work below. 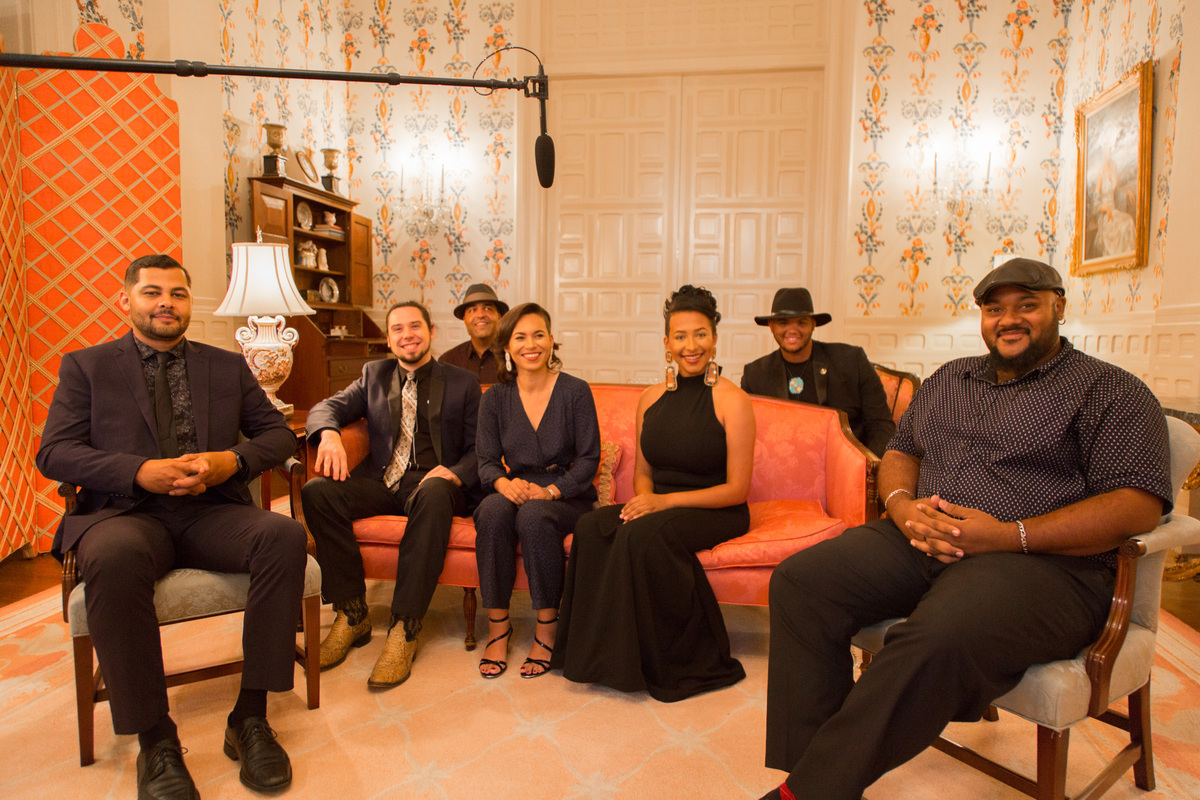 "If You Could Have Dinner With One North Carolina Musician...?"

Tomorrow Charly Lowry and the same group of musicians from her recent Music at the Mansion concert will perform at the N.C. Museum of History. In the hours before their Music at the Mansion set, we asked them to answer the following question: If you could have dinner with any North Carolina musician - past or present - who would you pick and what would you eat? Here's what they had to say: 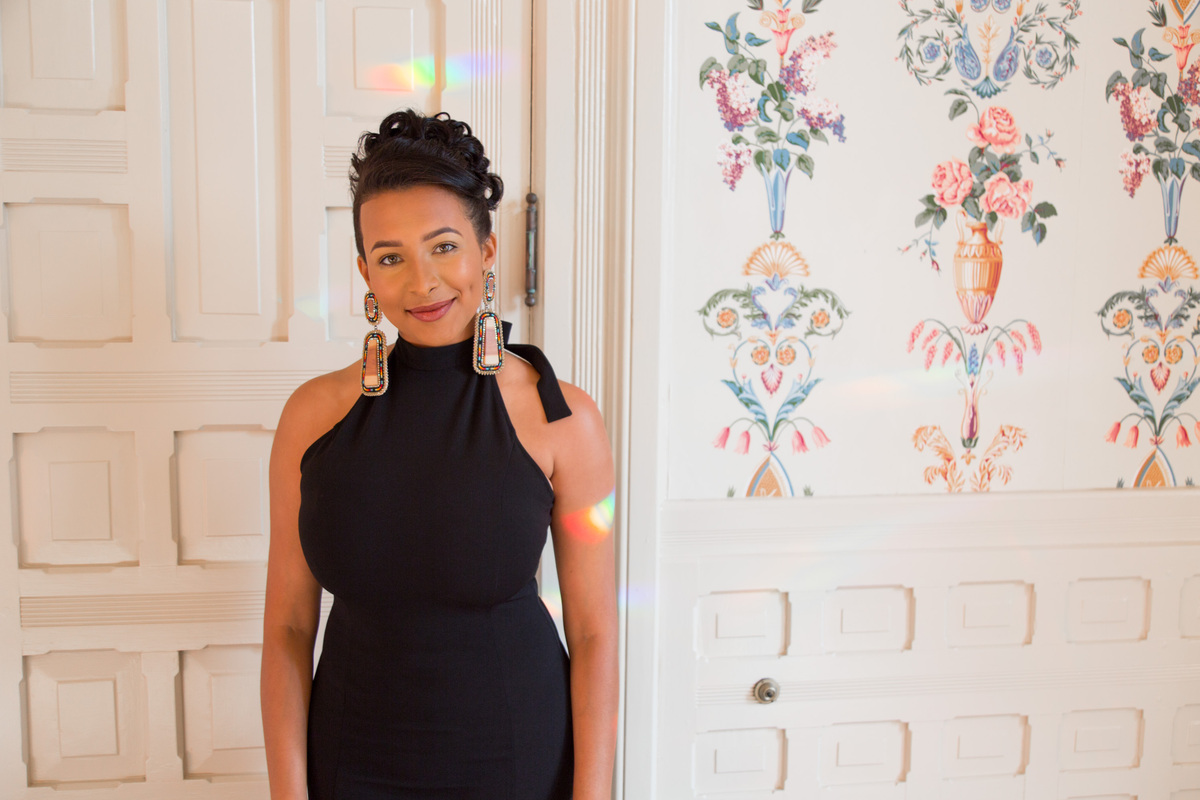 Alexis Raeana Reflects on Music at the Mansion Performance

“Today we live in a society where it’s legal to be Indian, and as all of us who have American Indian roots and grew up in native homes…to be here in this mansion is quite historic to say the least.”

Yesterday we published Charly Lowry's Music at the Mansion which features her performing with a team of talented North Carolina musicians including Alexis Raeana Jones. Last year the vocal and musical talents of Alexis and her fellow Music at the Mansion performer Brandon McClean (Kyng Bea) awarded them a trip to Los Angeles to audition for a spot on American Idol.

In 2015 Alexis was crowned Miss Lumbee, an award given during an annual pageant held during Lumbee Homecoming, a summer event featuring a powwow, parade and community events every July. Like Charly, Alexis is known for proudly representing the Lumbee tribe through her musical and professional work.

Last month, a video of Alexis and Charly singing The Star Spangled Banner at UNC-Pembroke's Moonlight Madness went viral. Catch it below!

You can see Alexis performing live with Charly this Sunday at the N.C. Museum of History. Details here. 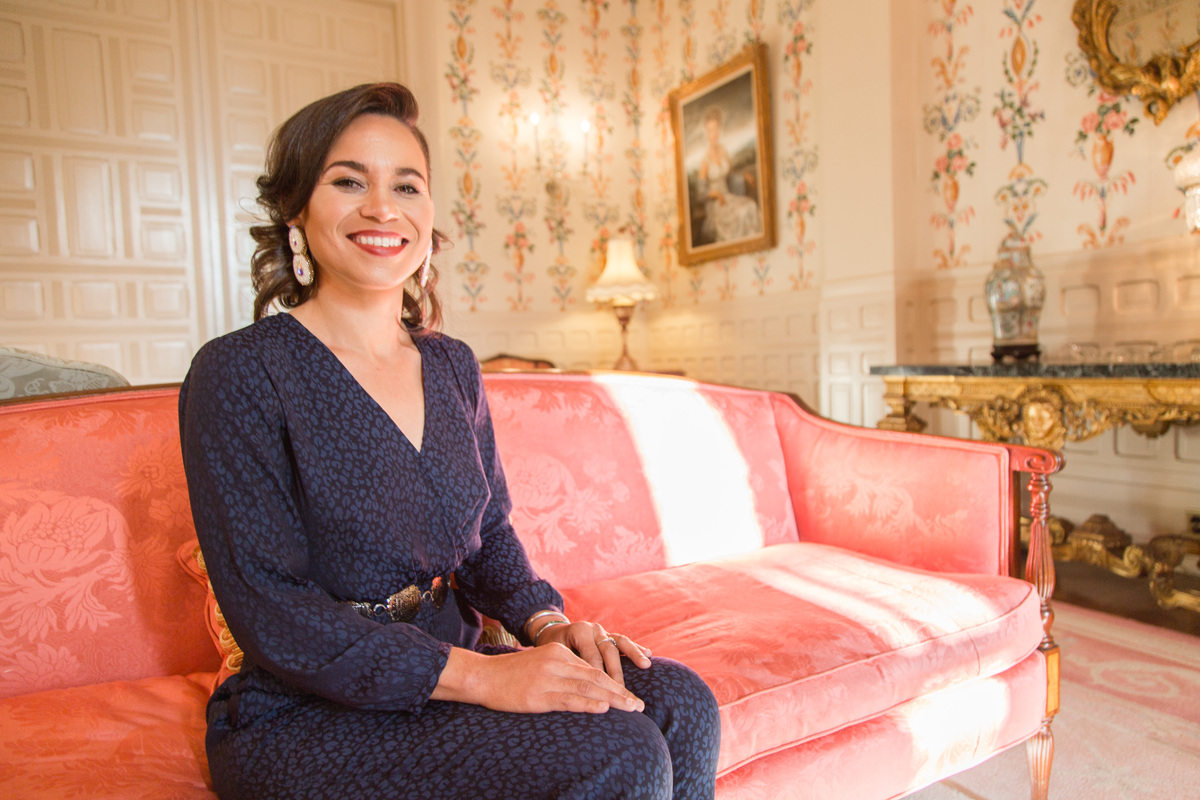 Music at the Mansion with Charly Lowry and Friends

On Wednesday, August 28, 2019 singer-songwriter Charly Lowry played a set at the North Carolina Executive Mansion in Raleigh for the Music at the Mansion series, an ongoing program of Come Hear North Carolina hosted by Governor Roy Cooper and First Lady Kristin Cooper.

Charly Lowry was born and raised in Robeson County, North Carolina, the geographic and spiritual epicenter of the Lumbee Native American Tribe of which she is a member. She is known for using her music to shine a light on the culture and traditions of the Lumbee people.

"Music I would say is very central in our lives just because there so many talented people that it’s undeniable," said Charly. "I've had a love affair with music and wanting to entertain since I was a toddler. It's always been something that makes me feel alive." 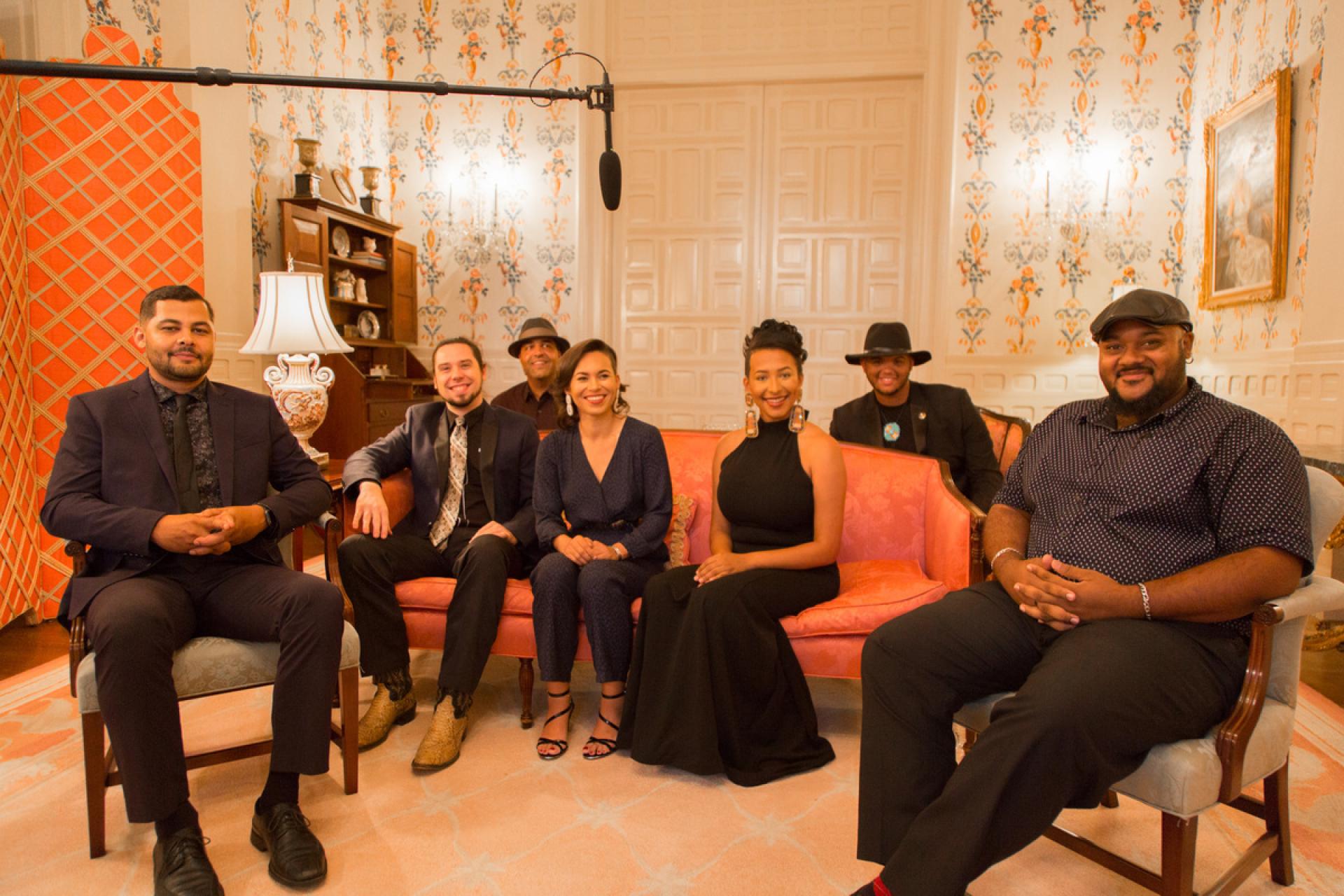 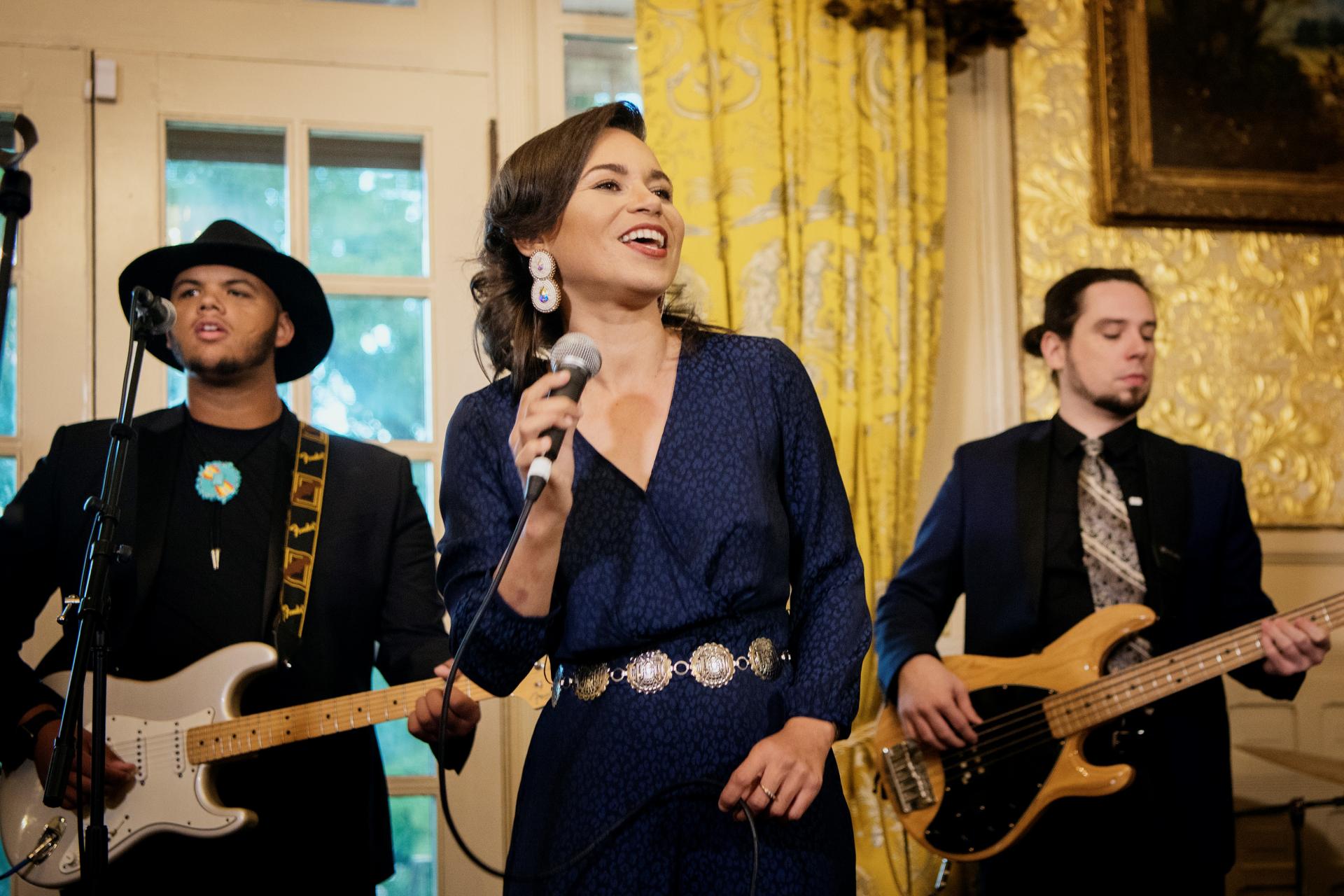 Charly interweaves stories about her musical roots, Robeson County, and historic indigenous musical and cultural pioneers throughout her 60-minute set, which features support by a talented group of musicians from her home community.

“It’s a very prestigious honor,” said Charly on the opportunity to perform at Music at the Mansion. “I feel very grateful and blessed to have my career get to this point to where I get to share it with some of my great friends. All I can think about and see in my mind is my late mother’s face and how proud she would be. Because I know she would be here. I just know she would have told the whole community about it, so it’s quite the honor.”

Charly Lowry is getting the band back together on Sunday, November 10 from 3-4 p.m. at the N.C. History Museum in Raleigh. Details here. 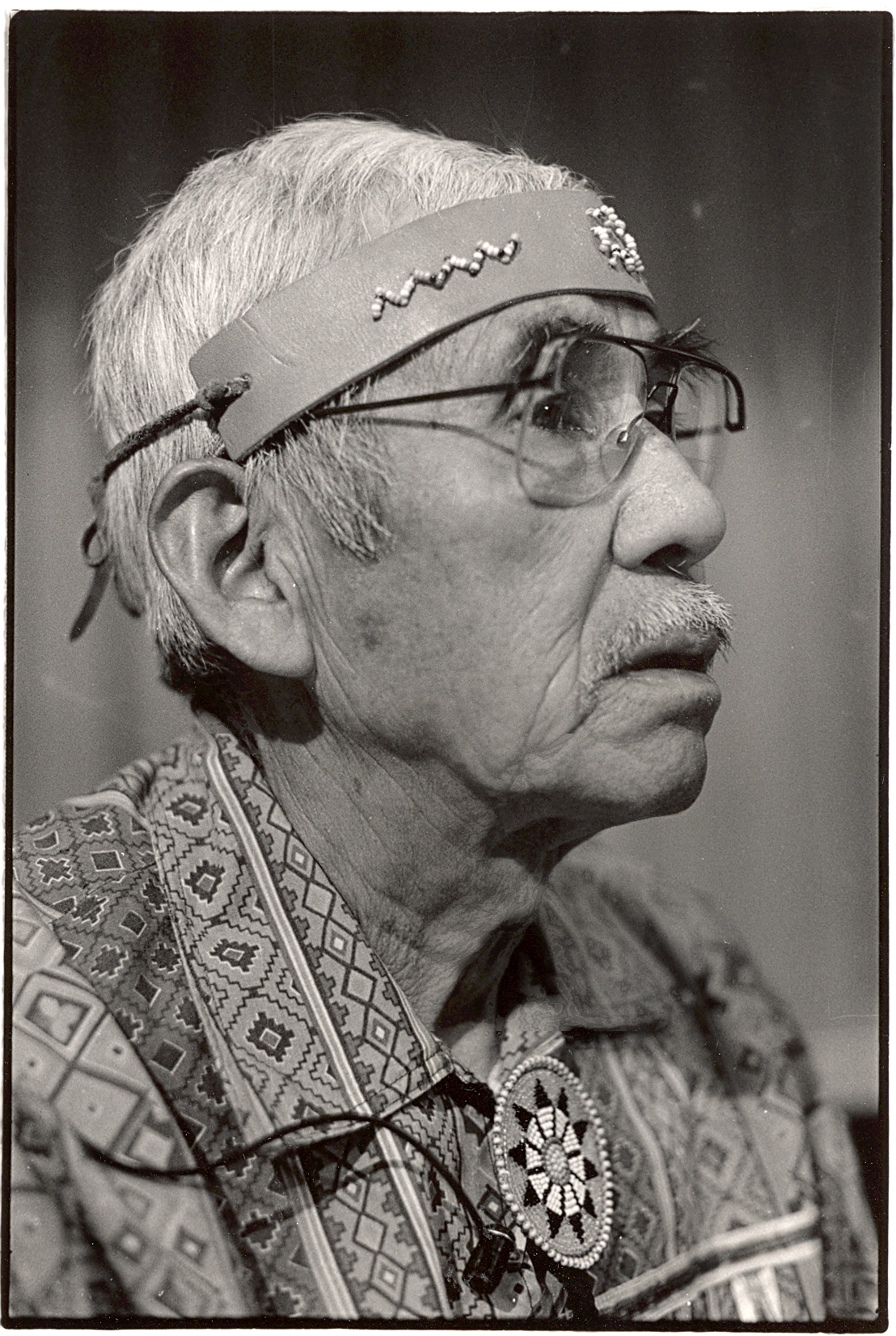 Many traditional musicians and artists from North Carolina have received a National Heritage Fellowship, a lifetime achievement award given to master traditional artists by the National Endowment for the Arts.  Walker Calhoun (1918-2012) is one of them.

Walker Calhoun was a Cherokee musician, dancer, and teacher. During his lifetime, he was honored for his work with the inaugural Sequoyah Award (1988), a North Carolina Folk Heritage Award (1990) and a National Heritage Fellowship from the National Endowment for the Arts (1992). In celebration of National Native American Heritage Month, we are proud to share a revised version of his biography that was written for the 1990 North Carolina Folk Heritage Award Ceremony. We are grateful for his service to this state and his people.

Walker Calhoun received the North Carolina Folk Heritage Award for teaching and preserving the traditional culture of the Eastern Band of Cherokee Indians. Born and raised in the Big Cove community on the Qualla Reservation, Mr. Calhoun kept alive ancient and endangered ceremonial arts and customs. In addition, he was a respected medicine man and spiritual leader, who was highly knowledgeable of Cherokee history, lore, religious practices and herbal healing.

Since the arrival of British and European colonists in North America, beginning five centuries ago, American Indian culture has been under constant assault. Many tribes were annihilated, while many others suffered the loss of their native language and traditions. The majority of Cherokee people who inhabited the southeastern part of the United States were removed from their homes in the mid-1830s and resettled in the Oklahoma Territory. The infamous forced march west because known as the “Trail of Tears.”

A few Cherokee families evaded the soldiers by hiding in remote hollows in the Great Smoky Mountains, such as Big Cove. But even after the Removal, religious missionaries worked to eradicate what little remained of ceremonial practices, which they considered to be pagan in nature. Ritual dance and song traditions declined so rapidly in the nineteenth century that only remnants of the principal ceremonies of the Cherokee survived in outlying sections of the reservation in western North Carolina.

The preservation of elements of traditional Cherokee culture today are owed to the efforts of a few individuals such as Mr. Calhoun and Mr. Will West Long, who served as Mr. Calhoun’s mentor and teacher. Mr. Long has been credited with the rescue of much of what remains of traditional practices indigenous to Big Cove.

Following Mr. Long’s death in 1947, Mr. Calhoun and several of his relatives began to teach ceremonial dances and medicine songs to the younger generations. He also organized a dance group named the Raven Rock Dancers, which continues to perform at pow-wows and special events. At an historic gathering of the Eastern and Oklahoma Cherokee Indians, which took place for the first time in 1984, Mr. Calhoun was called upon to lead an important ceremonial dance. At a subsequent gathering of the Cherokee nation, he was honored with the first Sequoyah Award.

Mr. Calhoun visited Oklahoma as often as possible to share traditional songs and dances with his kindred to the west. He in turn was visited at Big Cove by a group of Oklahoma Cherokee, who worked to help him revive the ancient Stomp Dance tradition of North Carolina.