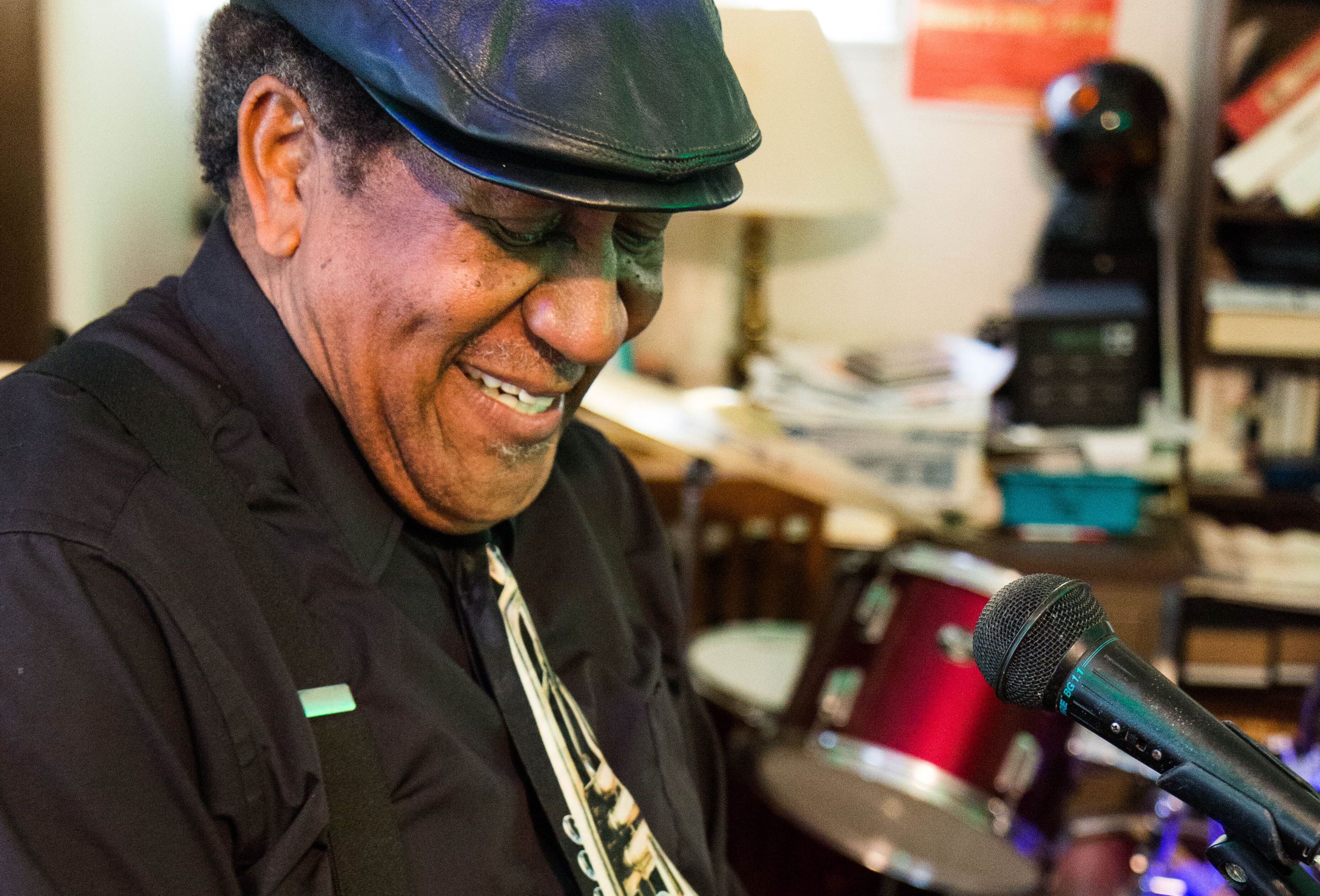 The Beaufort wine bar patrons roar as Robert “Dick” Knight launches into a rhythm and blues classic that they recognize as a Beach Music anthem. Clapping, whistling and punching the air, they surge to the platform where “The Captain” sits alone with a microphone and an iPad. Dick has recorded a series of tracks that he uses to back himself up during solo gigs like this one, and he riffs to the recordings on a portable keyboard, a saxophone, and his beloved trumpet. He’s compressed some 70 years of musicianship into his digital device.

Dick absorbed the music of his father’s blues guitar and his mother’s organ hymns before he was five. But Dick’s musical passion was inspired by Florida A&M University’s famous marching band, only 60 miles from his hometown of Camilla, Georgia. He got his first trumpet at seven years old. By age 12 he was playing rock and roll gigs with older FAMU bandmembers, and at 16, he was one of five trumpeters out of one hundred who passed the auditions for the university’s marching band. He graduated with a music degree and was ready to teach band himself. The city of Kinston, North Carolina, was hiring music teachers. It was 1963. He was 19 years old.

“When I came to Kinston,” says Knight, “I wanted the band to be just like Florida A&M.” However, lack of resources forced the band to meet in the boys’ shower room. Dick worked hard to improve conditions, tripling the band’s size and upgrading the uniforms. He became friends with another young music teacher, Nat Jones, who within months of Dick’s arrival in Kinston became the music director for emerging rhythm and blues star, James Brown. Nat Jones’ musicianship and genius for writing and arranging music helped to shape Brown’s emerging funk style and send him to the top of the charts. 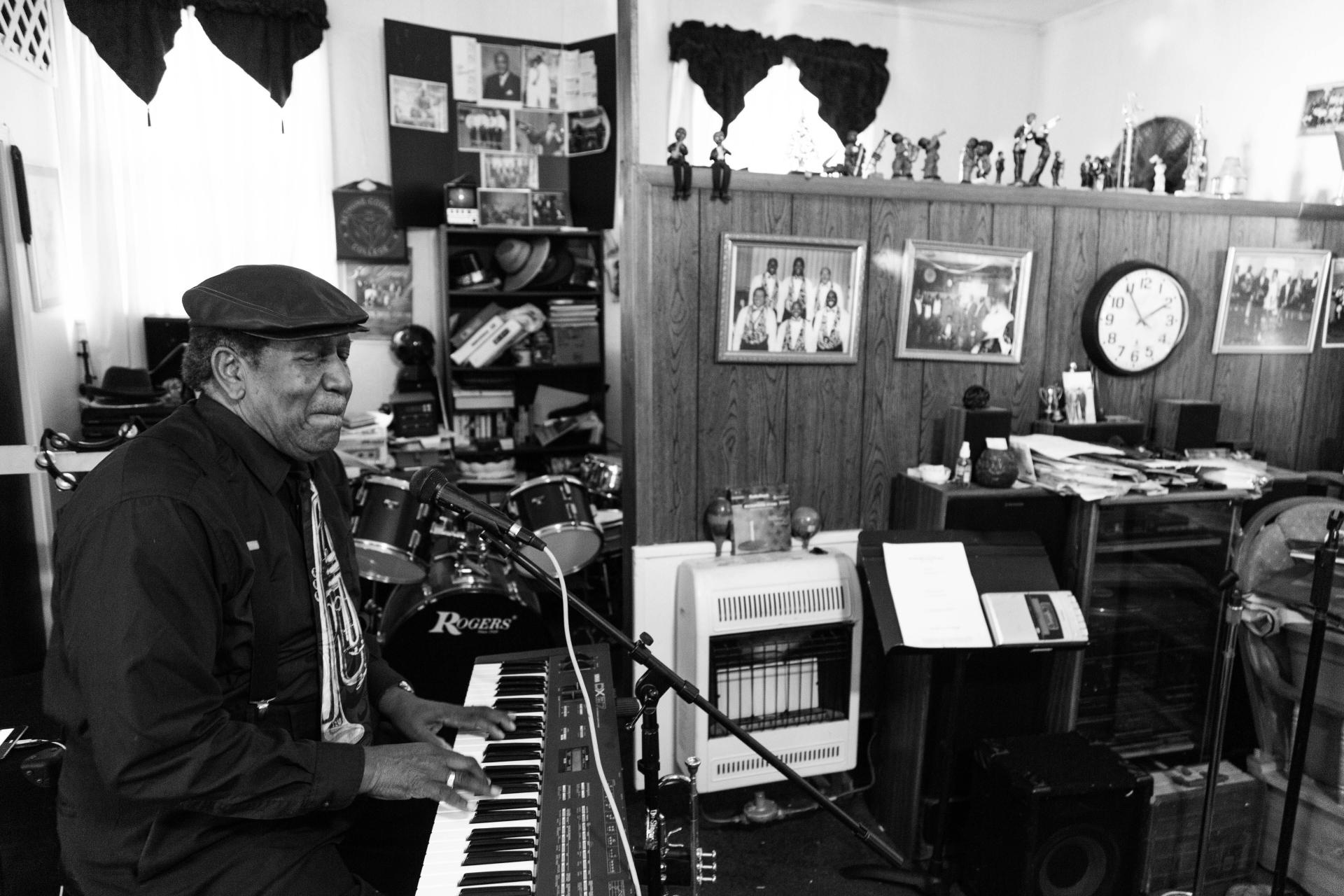 Jones invited Dick Knight to join the band and Knight toured and recorded with Brown for several years, teaching between gigs and passing on what he learned to his students. “I got all the music Brown was doing at that particular time, and I came back to teach it to the kids.” Most high school jazz band directors drew their repertoire from the big band sounds of the 1930s—1950s. Not Dick Knight. “Since I had the experience of doing this basically all my life, I wanted an R&B band. And so, I taught all those guys in high school how to play R&B.” As a result, the African American music traditions that are the foundation of rhythm and blues became part of band curriculum.

Over the next 50 years, Knight continued to teach school in both North Carolina and Florida, taking time to play with such luminaries as Otis Redding, Gladys Knight, Jackie Wilson and Rufus Thomas. At 75, Knight has finally retired from teaching but still plays with local bands and has begun a solo career.

Knight had no regrets about leaving a touring career to focus on teaching. “What was truly my reward wasn't like money, per se. It’s like it is now; lots of kids say, ‘Oh, that's Mr. Knight. You taught me in high school.’ And I feel so good about it. You know, that's my reward. ‘Oh, I did?’” 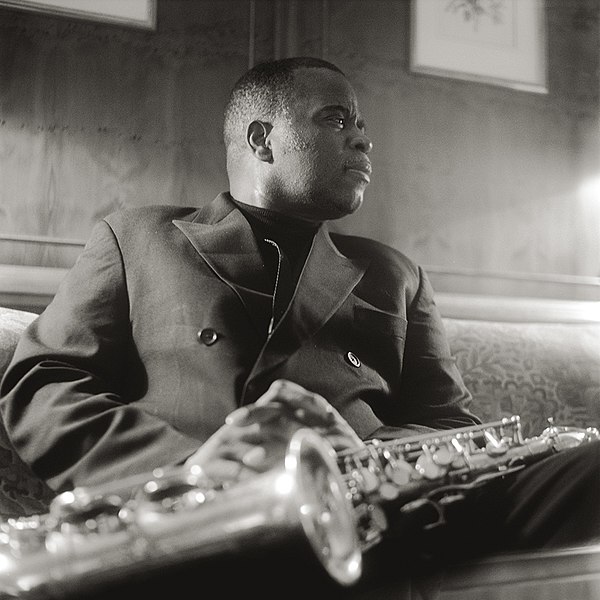 Celebrate the weekend with one of the patriarchs of funk music, Kinston NC's own Maceo Parker!

"To Be or Not To Be" is the perfect song to get your Saturday off to a funky start. Turn up your speakers and read the liner notes of this exceptional track from the African American Music Trails of Eastern North Carolina Guidebook below!

The biography featured on Maceo Parker’s official website touts his name as synonymous with funky music. Given that Parker was an essential figure in James Brown’s band and Parliament-Funkadelic during each group’s prime (the 1960s and 1970s, respectively), who is to argue? Well known as a solo artist and leader of groups such as All the King’s Men and the Macks, Parker also has appeared with Prince regularly since 1999. While in their early teens, Maceo and his brothers Melvin (drums) and Kellis (trombone) formed a band, the Junior Blue Notes, to play between sets for their uncle’s combo, Bobby Butler and the Blue Notes. By their early twenties, Maceo and Melvin had been hired by James Brown, and the two were fixtures in Brown’s renowned ensemble in the late 1960s. Included here is the gloriously funky product of decades of touring and composing. The selection features Maceo on vocals and sax, and Melvin holds down a solid mid-tempo beat, adding a bit of stickiness with his hi-hat work. The funk just drips off this record. For more information visit www.maceoparker.com.