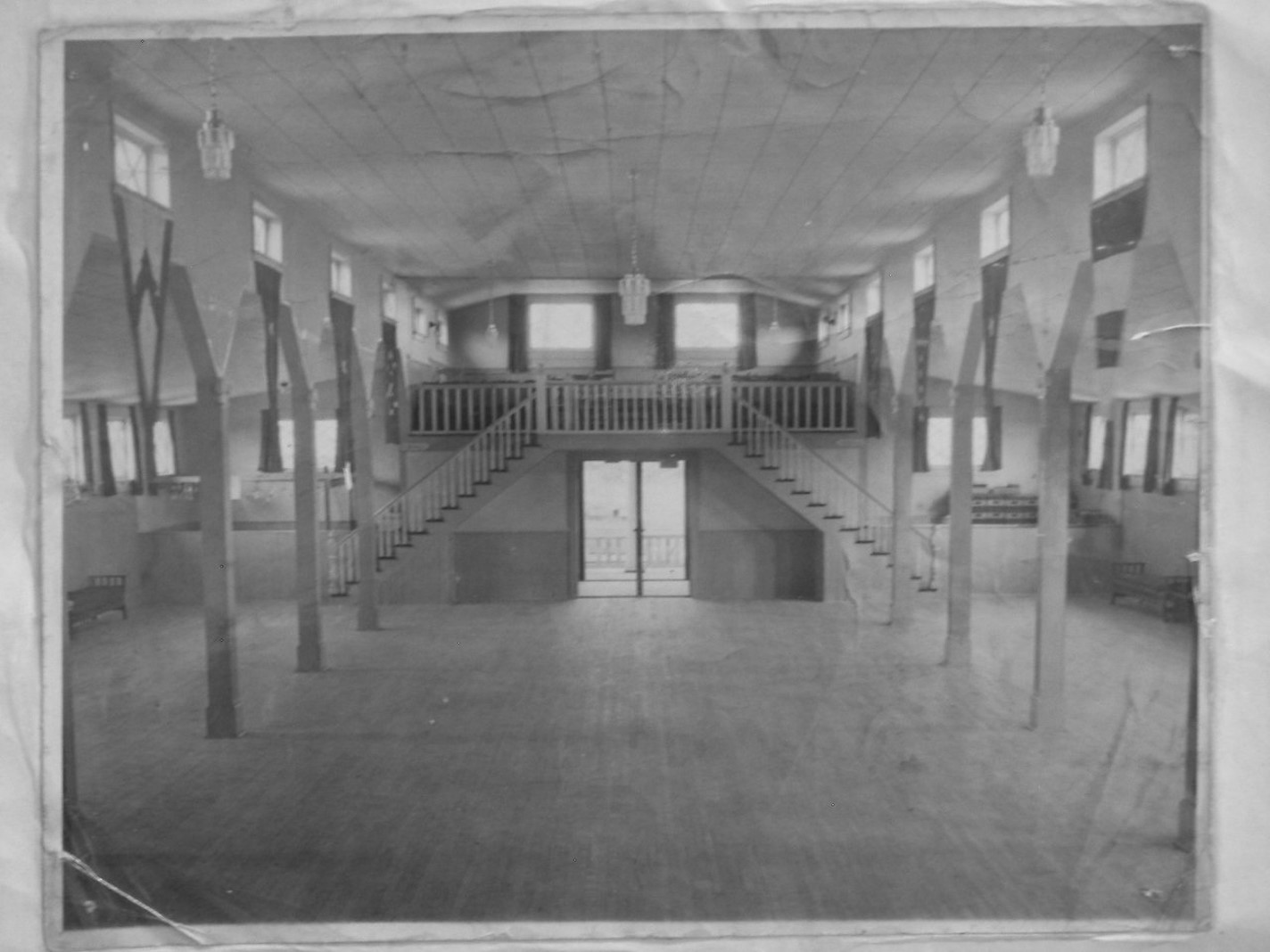 During the 1940s and the 1950s when jazz music was as hot as hip-hop is today, Wilmington, North Carolina, was the place where jazz giants like Cab Calloway, Lionel Hampton, Count Basie, Dizzy Gillespie, and Louis Armstrong performed at a local jazz club and ballroom called The Barn. It was located on South 11th Street, between Meares and Wright Streets, and was owned and operated by the late Mr. and Mrs. Charles Whitted.

The Barn was a place where folks dressed up for a swinging night on the town and where they went to see the big bands that were extremely popular during World War II. It was called The Barn because it resembled a tobacco barn and was large enough to hold some 2,000 people.

There was a large dance floor, a big bandstand, bars and several rooms for private parties. It was the place to be on a weekend night in Wilmington if you were young or young-at-heart and if you were a jazz lover.

“Lionel Hampton was a regular,” said Mrs. Gerrie Lemon, the Whitted's granddaughter, during an interview. “So was the Buddy Johnson Big Band, Louie Jordan, and Louie Armstrong. They would play the Barn at least once a year. My grandfather liked the big bands. He liked the 18-piece bands, plus a vocalist. He liked to see them all on the stage—and it was big. And we had dressing rooms on either side of it. And besides that, it had a pit. You could dance behind there too.”

Lemon said that her grandfather added rooms to the structure because during that time blacks couldn't go to the local hotels or motels. Sometimes they stayed at the Whitted's residence. Mrs. Lemon recalled waking up one morning when she was a little girl hearing Billy Eckstine singing to himself in the bathroom while shaving. At the time she didn't think much of it to see all those famous people in her house. But later, when she became an adult she realized how blessed she was to have been in the presence of such well-known musicians.

She also remembered that most of the people in the community looked forward to seeing the bands come to town and she smiled when she talked about the excitement that was in the air once the word got out that a good band was coming to Wilmington.

“My grandfather was a master promoter,” she said. “He knew another promoter in Kinston who would have the same bands at his place. They would both book the bands and promote them together. I was so proud of him because he was a pioneer in the field of promoting. He would travel all over the region, from town to town, nailing up posters and handing out leaflets. He was really a good promoter.” 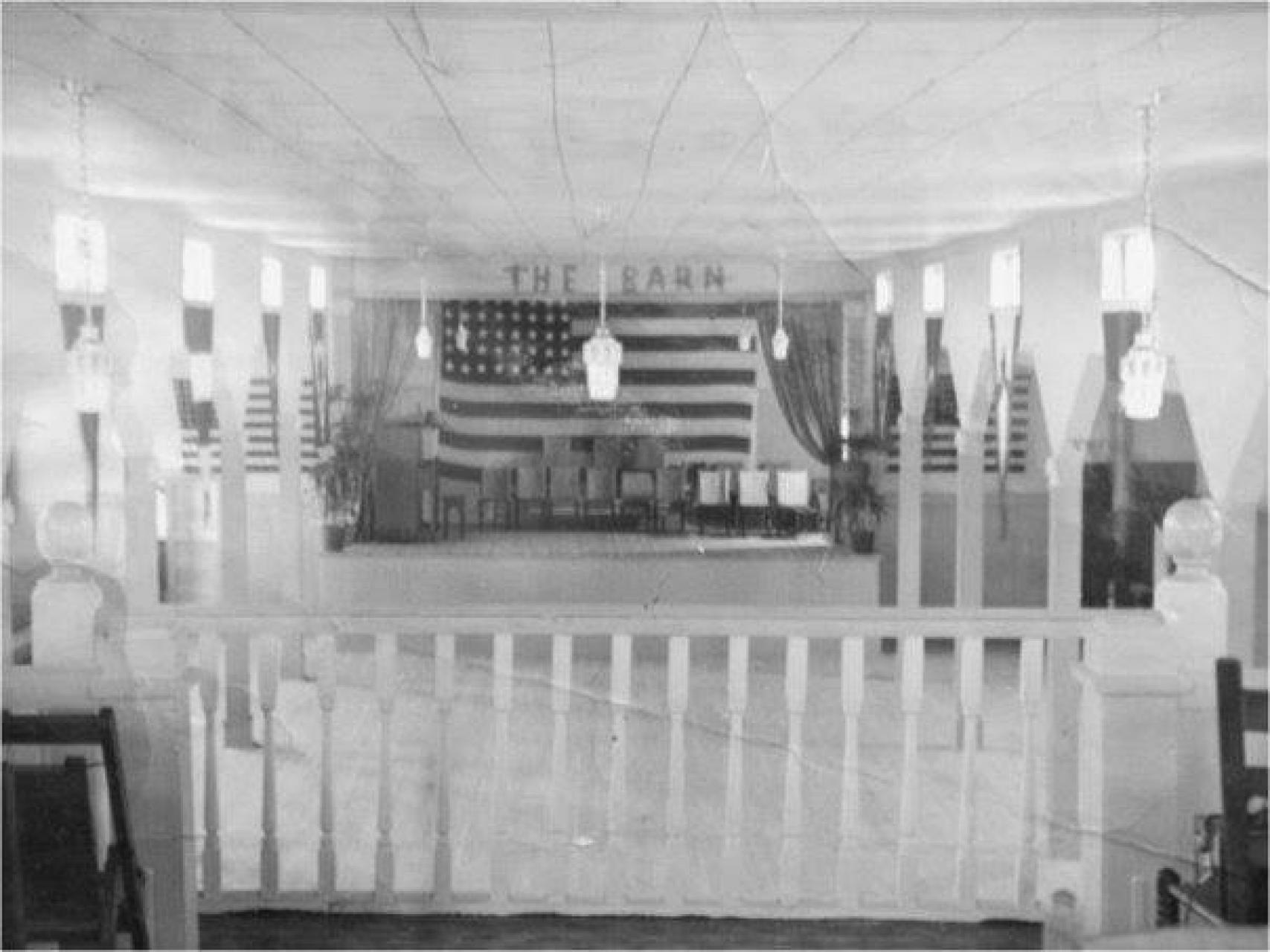 Mr. Whitted was also a keen talent scout who knew what bands to bring to the area. He made contact with prominent New York agents, like Joe Glaser, who helped supply him with first-class acts like Armstrong and Hampton. He also had the Lumina, a large dance hall on Wrightsville Beach. Nearly all of the groups played at the Lumina, an all-white establishment one night and the Barn the next night. The late John Birks “Dizzy” Gillespie, the legendary trumpet player, remembered playing at the Lumina and the Barn during the 1940s and 1950s. He made those observations when he played at Thalian Hall. He said that they also looked forward to playing the Barn because that was where they had more fun and played a great deal better because they loved to see the people dance.

Jimmy Heath, the great saxophonist who is a former Wilmington resident and a 1943 graduate of Williston High School, recalled playing at the Barn about a year after he graduated from high school.

“I was playing with the Nat Towles big band then,” he said, during an interview at his Queens, New York residence. “We passed through Wilmington on a tour. The Barn had gotten a name as the place where big bands thrived, where the good times rolled and where the daring dances performed their feats. The place was known for great dancers and that is one of the things that really fires a musician up—good dancers. It was quite a thrill for me because I had gone to high school in Wilmington and knew what the Barn represented. I mean, all the great big bands that were popular at that time played there.”

Mr. Heath, a Philadelphia native, left Wilmington for the city of brotherly love shortly after he graduated from Williston. He has performed with Dizzy Gillespie, John Coltrane, Miles Davis, The Heath Brothers, and other jazz greats.

One of the most interesting facts about the Barn and its activities is that white people came to dance at the Barn.

At first, the blacks and the whites were separated by what was called "an imaginary line," but once the bands got hot and the music was swinging, the dancers, black and white, forgot all about that foolishness and hit the dance floor together and danced. This had to be one of the earliest examples of integration in Wilmington, N.C. and is a testament to how positive music is, especially jazz music, which the legendary bandleader and composer Duke Ellington called the “great equalizer.” 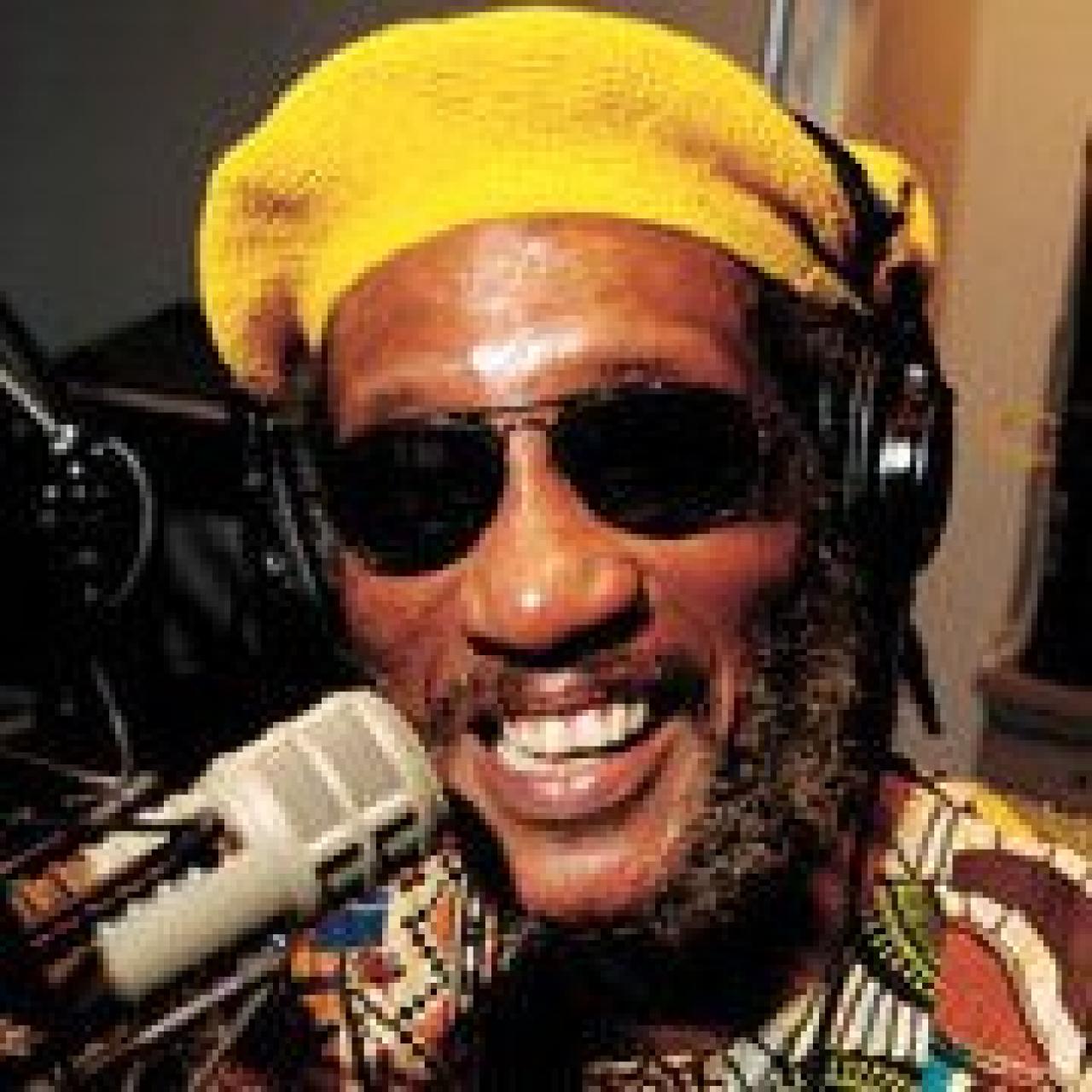 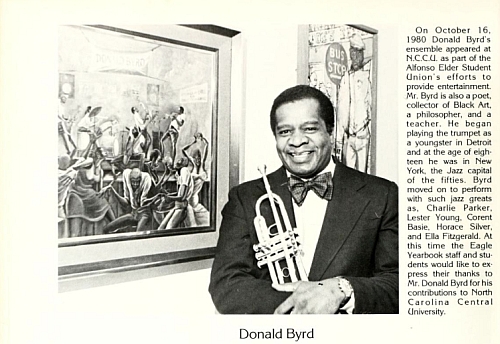 When a Byrd Flew to North Carolina Central University

Donaldson Toussaint L'Ouverture Byrd II aka Donald Byrd is probably most remembered as a Detroit City born Hard Bop maestro. In the mid-1970s Byrd began to collaborate with the Mizell Brothers -- Larry and Fonce -- to chart a new direction for Jazz and Funk music that would reverberate a generation later in the music of Hip-Hop Acts like GURU of Gangstarr and Main Source. A no less important part of Byrd’s story, who died in 2013, was his ongoing commitment to train younger musicians at HBCUs, a commitment that led him to a celebrated residency at North Carolina Central University (NCCU) in the late 1970s.

Donald Byrd had a stellar career, recording mostly on the Blue Note label through the mid-1950s, when he first moved to New York City through the late 1960s. Like many Jazz musicians in the era, he was drawn to some of the new technological advancements, and began to go electric. Albums like Fancy Free (1968) and Electric Bryd (1970) echoed similar innovations like Miles Davis’ more celebrated In A Silent Way (1968) and Bitches Brew (1970).

Byrd’s sound forever changed when he began a teaching residency at Howard University, heading its Jazz Studies program in 1972, working with musicians Allen Barnes and Kevin Toney, among others. The byproduct of those relationship was the album Black Byrd (1973), the first album of Byrd’s produced by the Mizell Brothers. A year later, and in tribute to Blackbyrd, The Blackbyrds, featuring Howard University students including Barnes, Toney, Oscar Brashear, Keith Kilgo, and David Williams, released their first albums, which included their now classic single “Walking in Rhythm” and flowed by other classics like “Rock Creek Park” and “Unfinished Business,” which featured favorite breakbeat of early Hip-Hop producers. At a time when many young Blacks were tuning traditional Jazz out, Byrd found an inroad to those audiences with his style of Jazz-Funk

It was because of the success of The Blackbyrds that Gene Strassler, then the head of North Carolina Central University’s Music department, reached out to Byrd to create some of that magic in Durham. In the process, Byrd and saxophonist Stanley Baird, helped launch the first bachelor degree program in Jazz Studies in the state of North Carolina in 1977. As Strassler told cultural historian Joshua Clark Davis, the relationship with Byrd began some years earlier when he “telephoned Donald Byrd to inquire if he would bring some of his associates in jazz down to Durham to set up a series of lecture-demonstrations...” adding, “this series continued over a four year period and the enthusiasm generated was remarkable. Not surprising, from these early sessions emerged a concept for a jazz curriculum.”

One of the first creations of Byrd’s collaboration with NCCU was the album Super Trick from a group called New Central Connection Unlimited or N.C.C.U., which was made up of NCCU students, including  Norris “Country” Duckett on guitar and bassist Aaron Mills, who would go on to perform on some of Cameo’s classics from the 1980s (“Word Up” and “Candy”) and work with Dungeon Family members OutKast and Cee Lo Green.

Byrd’s time in Durham coincided with his switch from the legendary Blue Note label to Elektra Records, and the accessible Jazz Funk heard on Super Trick was the template for Byrd’s albums with his new label. Byrd started a new band called 125th Street, NYC, which included musicians from NCCU, and recorded three albums with the band, including Love Byrd (1981) and Words, Sounds, Colors and Shapes (1982). The latter two albums were produced by Memphis Soul legend Isaac Hayes. The keyboardist on those dates was another NCCU student Chip Crawford, who is most well-known these days as the accompanist for jazz vocalist Gregory Porter.

Donald Byrd’s time at NCCU and Howard University was firmly in line with his own training.  Byrd came up through the ranks of Art Blakey's Jazz Messengers, which for four decades was one of Jazz’s great finishing schools. Wynton and Branford Marsalis, Wayne Shorter, Freddie Hubbard and Terence Blanchard are among the alumni of The Jazz Messengers. Byrd was among a generation of artists like Yusef Lateef and Grady Tate (currently at Howard), who reproduced Blakely’s model for the academy. Currently working jazz musicians like Branford Marsalis and John Brown hold down Donald Byrd’s legacy in the triangle, teaching at NCCU and Duke, respectively. 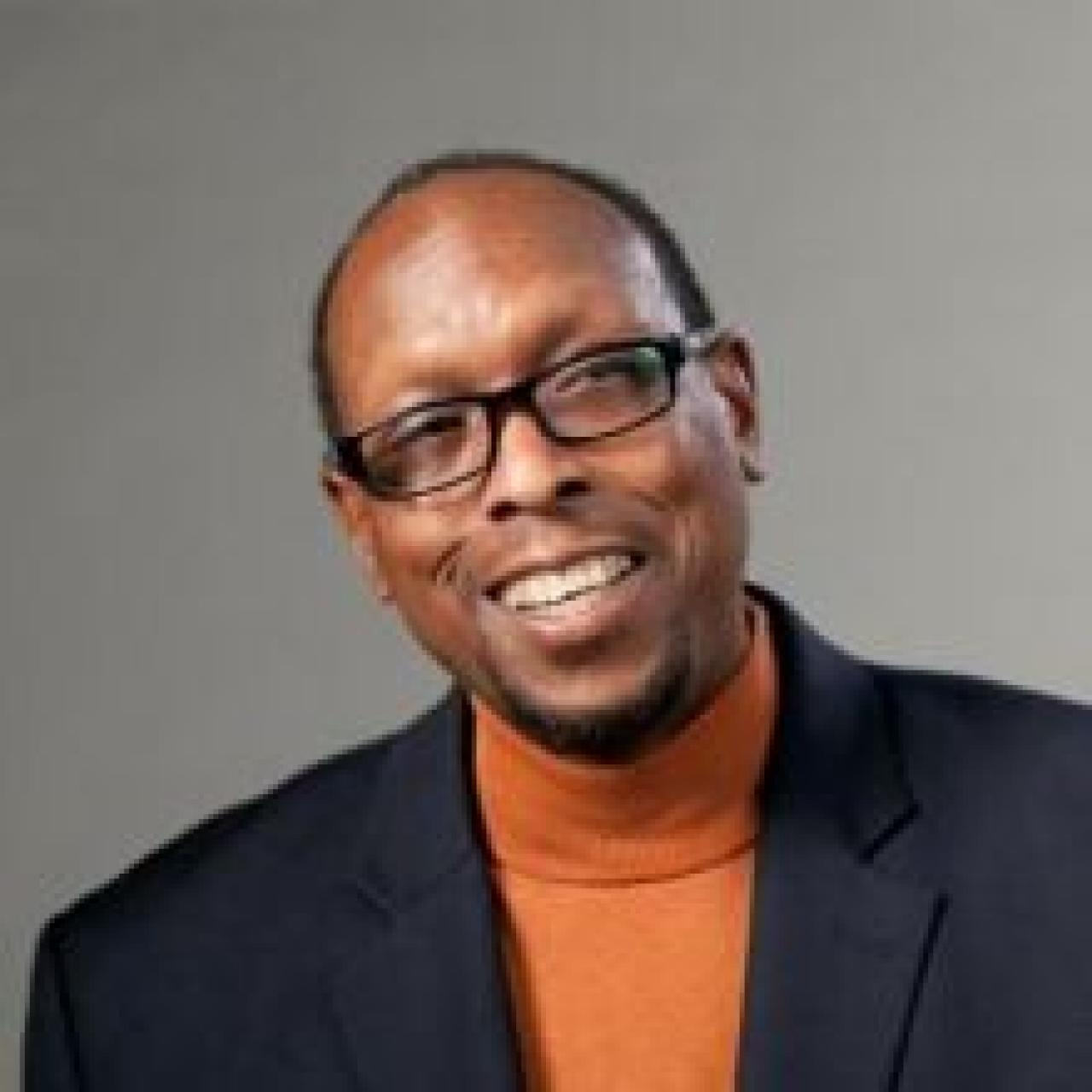