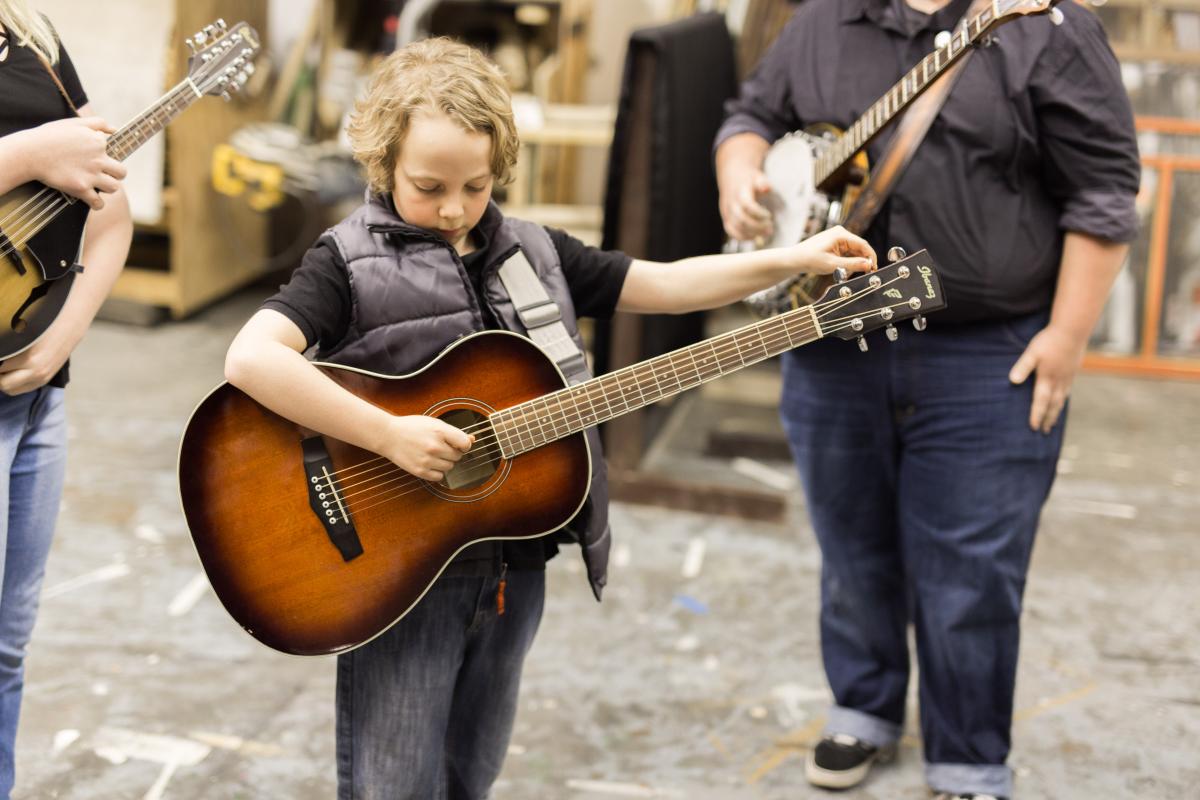 Traditional Arts Programs for Students (TAPS) is a statewide network of afterschool programs, created by the North Carolina Arts Council in response to community requests for traditional arts education that is taught locally, knee-to-knee, and across generations.

TAPS programs across the state represent the diversity of North Carolina’s cultural life and heritage. Each program is uniquely shaped by the community, but all share three core values:

The traditional artists leading each TAPS program teach more than the arts; they imbue their instruction with the cultural attitudes and values that have upheld and enlivened generations of families and neighbors in North Carolina. TAPS instructors impart lasting love and respect for the traditions that have shaped their lives, and that now shape the lives of the next generation.

The mountains of Western North Carolina are the birthplace of TAPS, where the cultures of indigenous Cherokee, enslaved and free African Americans and European settlers laid the fertile ground of Appalachian music and dance.

Many TAPS programs in mountain counties are part of Junior Appalachian Musicians Inc. (JAM), founded in 2000 by Helen White, an Alleghany County guidance counselor at Sparta School. JAM laid the groundwork for the TAPS model, and today JAM programs teach traditional Appalachian music and dance across the mountain.

TAPS students in JAM classes have gone on to start string bands, perform professionally across the state, and even return to teach the classes they once took.

In the eastern part of the state, where a legacy of African American jazz, funk, R&B and gospel holds strong, TAPS programs in Greenville and Kinston are dedicated to their region’s African American musical heritage. A long line of devoted high school music teachers and educators have traditionally passed this music from one generation to the next. In Kinston and Greenville, TAPS keep this tradition of mentorship alive.