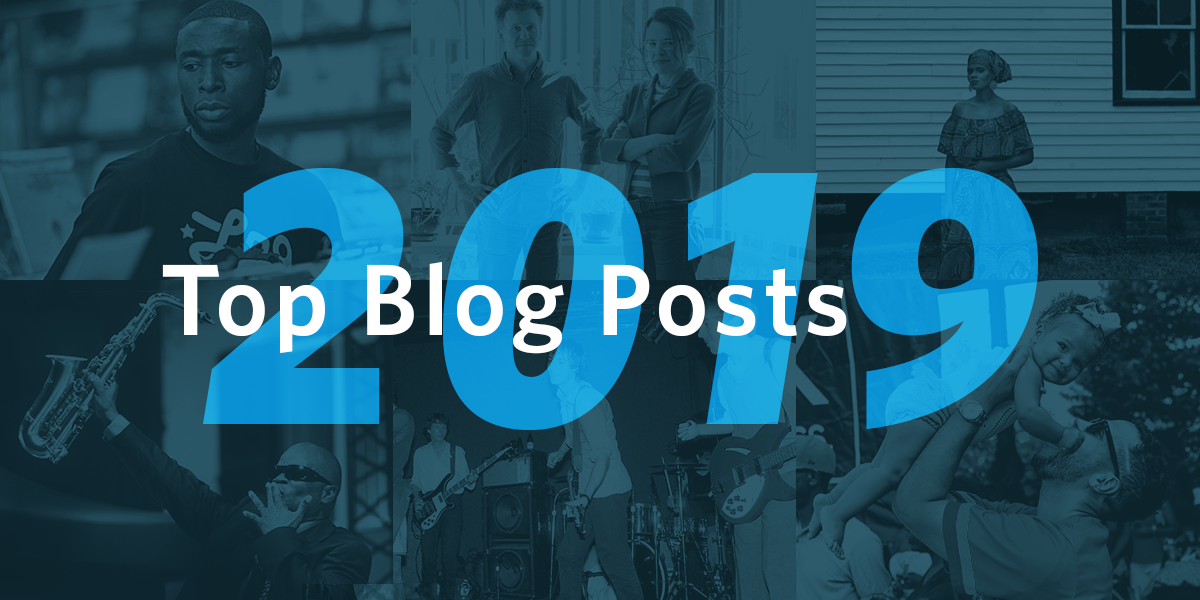 As 2019 draws to a close, we are reflecting on some of the biggest moments of Come Hear North Carolina this year. In celebration of the North Carolina Year of Music, we published a story a day about music in our state on this blog, and we’ve compiled the 10 most popular stories of the year below!

Many traditional musicians and artists from North Carolina have received a National Heritage Fellowship, a lifetime achievement award given to master traditional artists by the National Endowment for the Arts.  Walker Calhoun (1918-2012) is one of them.

Music at the Mansion with Charly Lowry and Friends

On Wednesday, August 28, 2019 singer-songwriter Charly Lowry played a set at the North Carolina Executive Mansion in Raleigh for the Music at the Mansion series, an ongoing program of Come Hear North Carolina hosted by Governor Roy Cooper and First Lady Kristin Cooper.​

There was a time when a stinky, oily fish ruled eastern North Carolina. From the late 1800s through much of the 20th century, menhaden sat at the economic epicenter of Beaufort, North Carolina. As the town grew alongside the burgeoning industry, so to did a new style of work song developed by African American men who often handled the back-breaking work of hauling in thousands of pounds of fish. These songs- called chanteys - outlived the industry itself and today we share the story and music of the Menhaden Chanteymen.

To visitors walking along Wilmington Street in Raleigh’s continually revitalizing downtown core, Slim’s Downtown stands out from the sleek interiors and flashy facades of its newer neighbors because of what it doesn’t have.

One might assume that a career in music doesn’t pair naturally with being a parent. Late night shows with early morning school drop-offs; summer vacation during peak tour time; or a babysitter falling through right before curtain call. For the fathers featured in the Fatherhood series, the challenges provide special opportunities.

Celebrating the strides and achievements North Carolinians have made in rock and roll music by exploring the world of Mitch Easter, the dB's, and their respective influences on R.E.M.

Kinston’s Maceo Parker – “The Funkiest Saxophonist on the Planet”

From the small town of Kinston, North Carolina to touring the world with James Brown, Parliament-Funkadelic, and Prince, Maceo Parker may have the most impressive resume of any North Carolina musician.

Vanessa Ferguson, a Greensboro artist who gained national fame and fans as a finalist on NBC's "The Voice," performs Nina Simone's classics in the home where Simone developed her love for the piano and which is now the subject of a major rehabilitation effort led by the National Trust for Historic Preservation.

Building it From the Ground Up: Merge Records Celebrates its 30th Anniversary

Thirty years ago somewhere in the middle of nowhere in the great American west, two twenty-somethings decided it would be fun to start a record label. The duo, Mac McCaughan and Laura Ballance, noted a desert road sign on their cross-country trip back to North Carolina and decided to name the label after it: Merge. It was 1989, and the mission of Merge was simple: to release music made by them and their friends.

Hip-hop producer Patrick Douthit, known to the world as 9th Wonder, was inducted into the North Carolina Music Hall of Fame on Thursday, October 17, 2019.