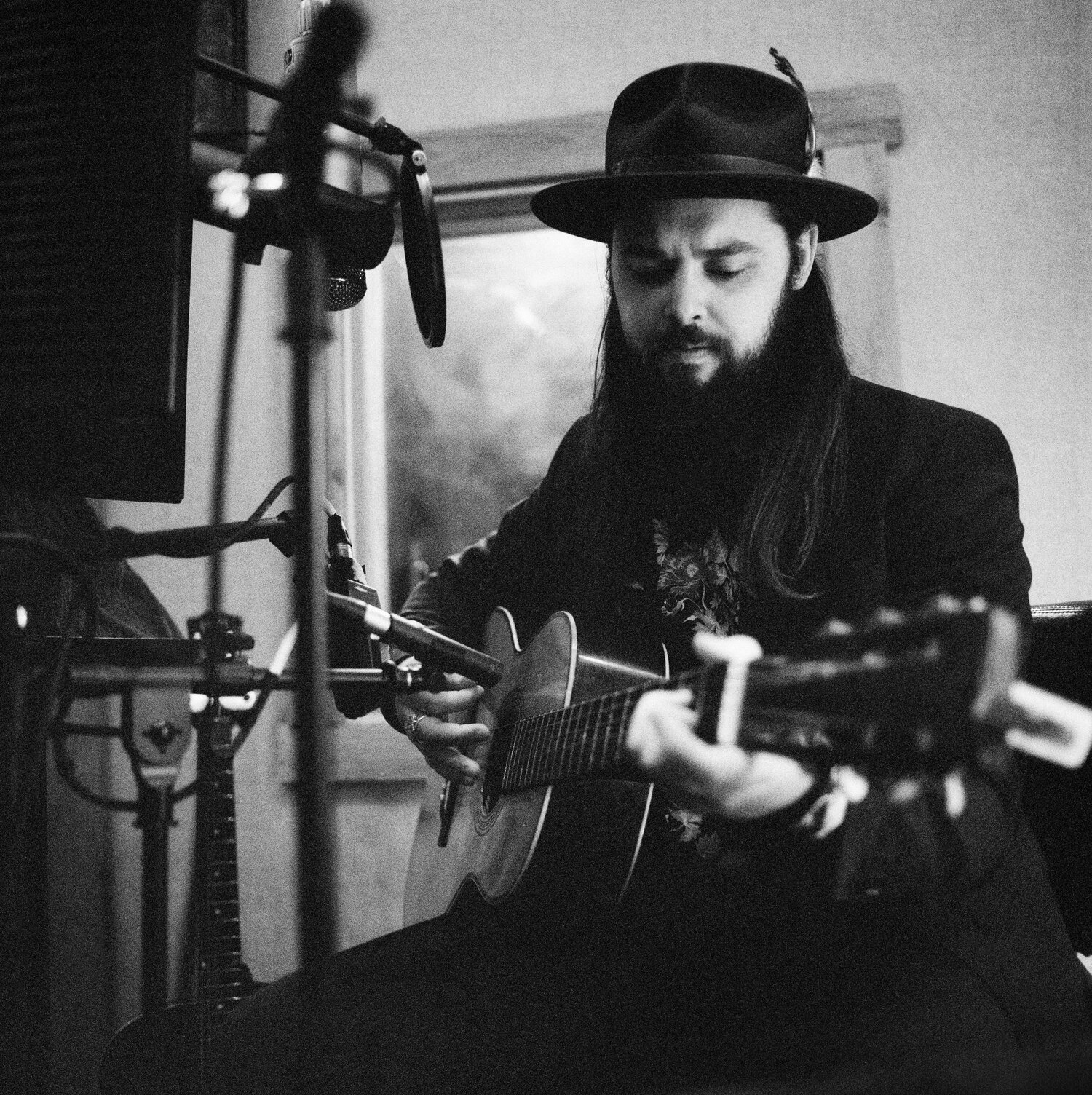 Photo by Laura Partain from CalebCaudle.com

From Tobacco Town to Music City: A Conversation with Caleb Caudle

Caleb Caudle didn't move from Winston-Salem to Nashville last year to make it as a singer- songwriter, as many have done before him. With seven studio albums under his belt and a national reputation enhanced by plaudits from Rolling Stone and National Public Radio, he was already an indie success story. Nor was the 35-year-old a stranger in Music City, where he'd been visiting, playing, and cultivating musical friendships for years.

Just days after Caudle and his wife settled into their new home, he and some of his Nashville network spent a week recording at the famous Cash Cabin, in nearby Hendersonville, Tenn. Built by Johnny Cash as a retreat and guest house in 1978, it was gradually converted into a full-function recording studio, operated by son John Carter Cash and full of family instruments and memorabilia. Working with Dennis Crouch, the bass player who anchored the “O Brother, Where Art Thou?” soundtrack, Caudle and his collaborators created his 2020 release, “Better Hurry Up.” With an understated groove that calls to mind J.J. Cale or Dire Straits and upholstered country music soundscapes of the 1970s, Caudle sings of inspiration, corruption, salvation, and self-determination in a sly, intimate voice. It's been the best-selling and best-reviewed album of his career.

Caudle grew up in Germanton, N.C., less than an hour's drive north of Winston-Salem. He was a skateboarding kid whose performing life started in punk rock at around age 15, but a hunger for a wide range of music opened up his path to Americana. After high school, Winston-Salem became his base, with a detour to New Orleans. There he came to grips with an addiction/alcohol problem that led to recovery and renewal, including marriage, and ultimately the move to Nashville.

Like all of his colleagues, Caudle is stuck at home now, deprived not only of the touring income he depends on but also of the constant motion he acclimatized to over the past 10 years. This summer, Caleb spoke about tobacco memories, the lonely grind of the road, and the unpretentious essence of North Carolina musicians.

Your professional debut was a 2012 album called “Tobacco Town.” What made that recording possible and why that title?

I made that record on a shoestring budget at a buddy's house, and I made it specifically to tour solo and leave my job. It speaks to my family history. I come from three generations of tobacco farmers. Both of my parents grew up priming tobacco. It's kind of ingrained in me, that sweet smell of tobacco. It's a big part of my youth.

Germanton is quite rural. How did that help or hinder your direction toward a musical life?

It's tiny. There's not even a stoplight. There was one gas station, a post office, and more churches than anything else. Pretty typical of rural North Carolina. My school was really small. Maybe 100 people graduated in my class. I gravitated to the arts. In school I was camping out in the art building. I had a great art teacher there. He was very encouraging and explored what people are creative with. He told me to bring my guitar to school and said just go for it. Be creative. I ran with it. Once you do that for a little while, you feel like maybe you don't really fit in. I wasn't into a lot of the things the other kids were into; I was following my own path. I just knew that there had to be more out there. I love where I grew up, but it's a big world out there, and I like that I went and got informed by other societies and other walks of life.

Where did you move first, and was music the first thing on your mind?

Music was the first thing on my mind at that point. I moved to Winston because my brother was living there, and he was playing bass. We were going to start a band together. I lived in Winston for seven years or so. I was playing music on the weekends and working a pizza job, and it got to the point where I was asking off from work so often that I put in my notice, booked a big tour, and went out there and lost everything and kept at it.

You’ve said that you got your work ethic from your dad, who’d been a truck driver, and that there were similarities to what you had to do when you embarked on a touring life, especially when you were booking your own shows.

It’s so much trial and error that you can’t even comprehend it when you’re starting out. You have to be persistent. For five years, I really just drove alone in my SUV. And man, it’s lonely to tour for yourself for that long. Sometimes you show up in a town and you don’t know anyone because the guy you booked the show with isn’t at the venue. So, you’re super insecure. You can’t let anything shake you too hard. You’ve got to do it.

Caleb Caudle - Better Hurry Up, the title track from his new album

Winston-Salem is probably most famous in North Carolina music history as the base of operations of R.E.M. producer Mitch Easter. Did you connect with that world?

Not directly, but Jeffrey Dean Foster (a colleague of Easter and the musicians in the dBs and Let’s Active) was a big influence around town. He was about 20 years older than me. There was Two Dollar Pistols with John Howie Jr., Caitlin Cary. They were doing what I was wanting to do, and any time I had a question, they would get back to me. And also, you had Merge Records and Yep Roc Records happening in the Triangle. I was no stranger to Cat's Cradle when I was growing up. I would skip school often and go see shows. That was my goal. I just wanted to play the Cat's Cradle. That was the end-all, be-all.

What other venues became home bases for you as you developed?

In Winston there was a venue called The Garage. It's closed now, but it was my hometown venue. I had my own seat at the bar. That was the first time I sold out a venue, and I remember that being a big milestone for me and feeling really proud about that because I'd been going to shows there for years. I opened for Jason Isbell at The Garage back on his Sirens of the Ditch tour. He broke a string and I let him play my J-200 (guitar). I played with The Felice Brothers there. Malcolm Holcombe was always coming through. I was always impressed with the musicianship. I miss that place.

When you carried your identity as a North Carolina musician out of state, what did you notice?

I think there's an earnest quality of N.C. musicians. You don't find it everywhere. It's like no bells and whistles. Let's just make music as good as we can.

How did Nashville start drawing you, and what was it like leaving the state and making the move?

I think it dates back to when I was such a frequent customer at The Garage, and you'd have these smaller roots acts coming through. And I lived in a house with a bunch of guys—a kind of party house in Winston—and it was normal that whoever was playing The Garage that night was going to come stay on our floor. That happened so many times that I developed relationships with people who lived in Nashville. And I kept in touch. And then you tour long enough, you meet everyone. Nashville's not far away, so I started coming over here and playing. I did a Music City Roots with Jim Lauderdale, and that was cool because Jim was telling me how he went to the School of the Arts and how he loved Winston-Salem. So, it felt like a natural move.

And just after you moved, you set up at the Cash Cabin studio to make the current album “Better Hurry Up.” What an arrival.

Yeah, it felt really special. I tried to take it in stride and keep my head on straight. We're just going to make this record. It's not a big deal that all these people are playing. But, truthfully, it is a big deal. We were throwing around a ton of studio names, as people do before they make records. When (producer and Jayhawks band member) John Jackson told me he'd done some work at Cash Cabin and maybe we could do it there, it really did feel perfect. Everybody wanted to go out there and work. You can feel the past and I think people are drawn to that.

You've spoken about getting back to N.C. as much as possible, but is there any aspect of what you came up with that you make a point to carry with you?

I think the reason working at the Cash Cabin made the most sense to me was that real, honest music was being created there. And there was no pretense. It's how I've always felt about music: don't try to be anything you're not. Just try to be the best version of you that you can be. I feel like they have that going on there. When I was growing up in Winston, that was always my goal. I try to let that guide me through this whole journey. Let that be the compass. 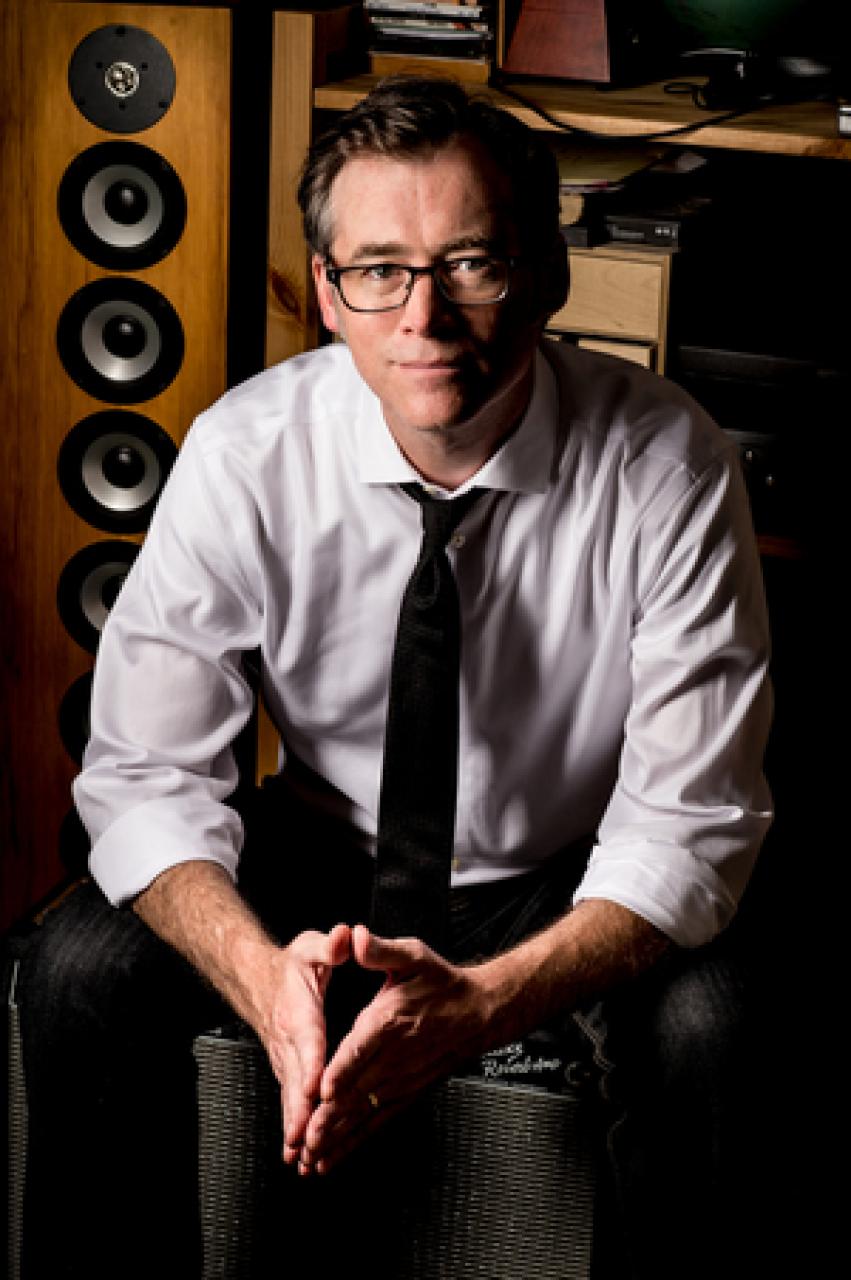 The interview contains an excerpt from an earlier Caleb Caudle interview for WMOT.