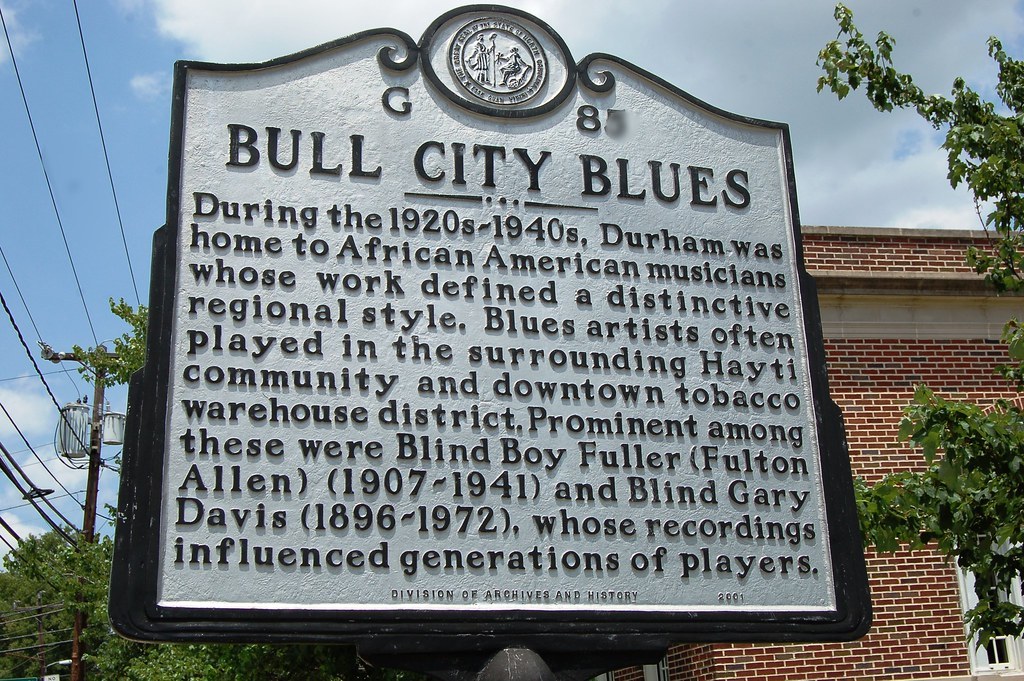 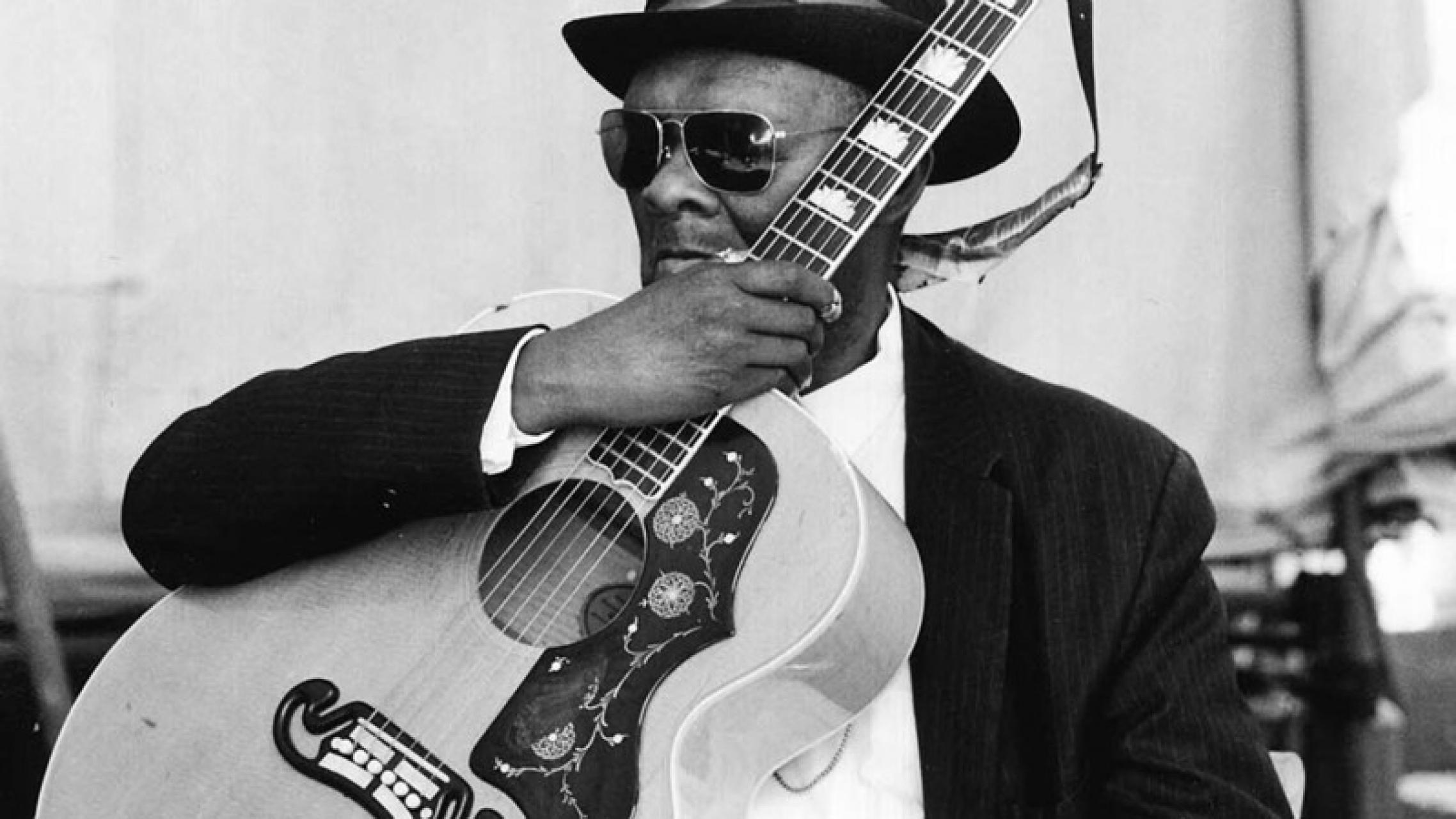 South Carolina harmonica master “Peg Leg Sam” Jackson in 1975 told folklorist Glenn Hinson, “If you called yourself ‘playing the blues,’ then you had to come to Durham, ‘cause that’s where the music was really at.” The tobacco industry—offering employment to black workers during the Depression and proximity of an audience—drew blues players to the Bull City. Disabled musicians, forced to rely on music for their livelihood, were among the most creative, productive, and respected.

Music historians contend that North Carolina’s Fulton Allen was as significant to the “Piedmont blues” as Mississippi’s Robert Johnson was to “Delta blues.” They contend that Allen has gone without the public recognition due him in his home state. Born in Wadesboro, young Allen moved to Winston-Salem where he played on the sidewalks for shift workers in the tobacco factories. In 1926 he married Cora Martin; a year later he lost his sight due to disease. In 1929 Allen, soon to take the name “Blind Boy Fuller,” moved to Durham, living in the city’s Hayti area, first on Colfax Street and later on Massey Avenue. He played a steel-bodied National guitar that acted as a natural resonator in the age before amplification.

Along with Blind Gary Davis (later known as the Reverend Gary Davis), Fuller was the dominant figure on the Bull City’s blues scene, attracting and influencing many other musicians. In July 1935 Fuller, accompanied by white merchant J. B. Long, went to New York for the first of many recording sessions with the American Recording Corporation. “Step It Up and Go” and other songs, 135 all told, were released on Vocalion, Melotone, and Decca 78s. He was the most prolific and best selling of all East Coast blues recording artists. His last recording session was in March 1940. He died from a kidney ailment on February 12, 1941, and was buried in Durham’s Grove Hill Cemetery. His grave was unmarked and today is lost. Extending the association of Durham with the blues to a later generation were Sonny Terry and Brownie McGhee.