Sing a Song of The Old North State 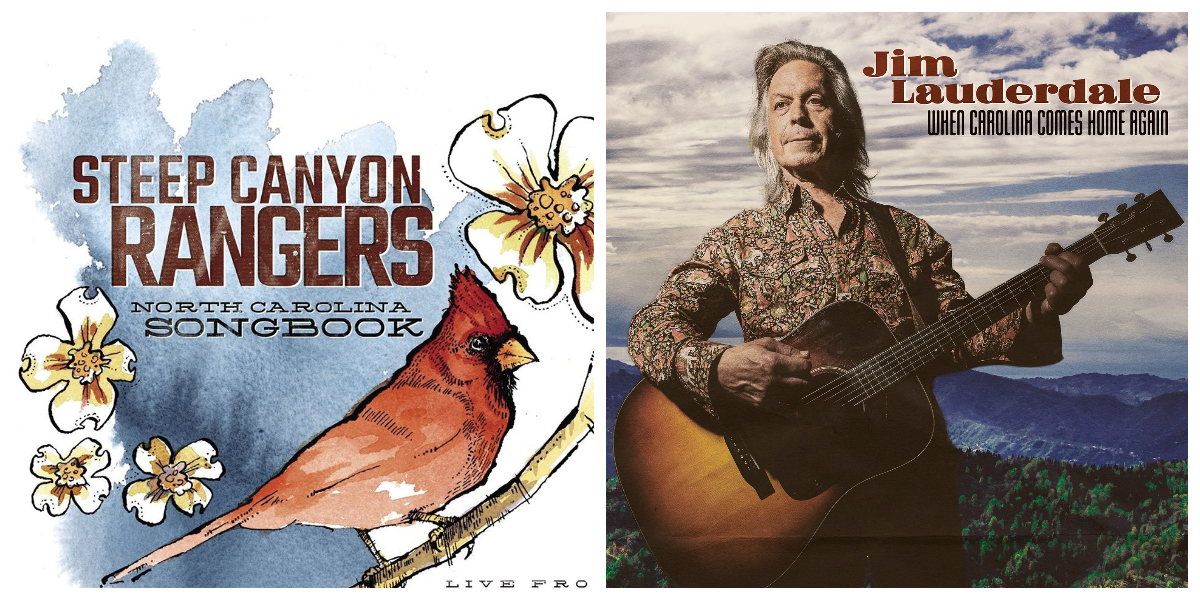 The Come Hear North Carolina campaign gives artists a chance to celebrate the state in song. And few have embraced that opportunity like Steep Canyon Rangers. The Grammy-winning bluegrass quintet from Brevard —inducted in the North Carolina Music Hall of Fame, in Kannapolis, in 2017 — covers many of the state’s musical traditions on their latest album, “North Carolina Songbook” (Yep Roc Records).

Recorded live on the main Watson Stage at the 2019 MerleFest, “North Carolina Songbook” has the obligatory nods in the direction of folk and bluegrass with Elizabeth Cotten’s Piedmont blues “Shake Sugaree,” Charlie Poole’s old-time mill town classic “Don’t Let Your Deal Go Down,” and folksinger Ola Belle Reed’s “I’ve Endured.” But it ventures well beyond that, opening with the Rangers’ version of “Stand By Me,” the 1961 beach-music rhythm and blues classic by Henderson-born Ben E. King. The album also includes “Sweet Baby James,” the 1970 statement of purpose by former Chapel Hill resident James Taylor, and even Rocky Mount native Thelonious Monk’s 1954 jazz instrumental “Blue Monk.”

“When we were inducted into the North Carolina Music Hall of Fame, we spent some time walking through the place,” said Rangers guitarist Woody Platt. “We were kind of shocked to see all the famous artists who had come from North Carolina. Digging into it all was amazing, all the different genres and artists that turned out to be from North Carolina.”

That inspired the Rangers to make their 2019 MerleFest set a North Carolina tribute, and to record it for release. The performance was also filmed for broadcast by Come Hear NC and has aired on UNC-TV.

“We’d never done either a live record or a covers record, so this was a fun challenge,” said Platt. “With the year of music and the Come Hear North Carolina campaign, MerleFest seemed like the perfect time and setting. We’ve played MerleFest so many times, and this gave the audience something really different and fun. At the same time, it wasn’t easy to go on one of the biggest stages we play and NOT do our regular show, but a brand new show instead.”

Another challenge for the Rangers was deciding which songs to cover. They resisted doing the obvious James Taylor song, “Carolina in My Mind,” in favor of a sweet, simple rendition of “Sweet Baby James.” And their lovely version of Doc and Rosa Lee Watson’s “Your Lone Journey” closes the album on an elegiac note.

“We wrestled a little bit with which Doc song to do,” Platt said. “There are a lot of songs Doc is famous for, some more traditional numbers that he didn’t write. But because Doc set Rosa Lee’s words to music as a collaboration between the two of them, that made 'Your Lone Journey' the perfect thing to close with.”

Lauderdale, 62, has lived in Nashville for most of his career. But his earliest musical experiences happened in his native state, going back to attending Fiddler’s Groove at Union Grove as a 14-year-old — an experience Lauderdale calls “mind-blowing.”

Lauderdale is a longtime regular at North Carolina festivals such as the International Bluegrass Music Association’s World of Bluegrass, in Raleigh (where he cohosted the 2019 IBMA Awards show with Del McCoury) and, of course, MerleFest. Those turned out to be scouting trips of a sort, because Lauderdale’s initial encounters with many of the players on “When Carolina Comes Home Again” happened there.

“I had seen Cane Mill Road several times at MerleFest and was really impressed with them,” he said. “Presley Barker was another, and he’s on the song ‘Mountaineer,’ as a homage to Doc (Watson). Steep Canyon Rangers and Songs From the Road Band, too. And Pattie Hopkins Kinlaw was someone I met jamming at IBMA. I was impressed with her playing and wanted her touch on this record. The bands I used became the muses for the songs they were on, written with those musicians in mind.”

Also of note is the presence of Marc Pruett, a banjo player from the Haywood County quintet (and two-time IBMA entertainer of the year) Balsam Range. Pruett, a 2016 North Carolina Heritage Award recipient, was one of Lauderdale’s earliest teachers, giving him banjo lessons at age 15.

“Banjo was the stringed instrument I started on, and lessons from Marc started me on my way,” Lauderdale said. “It meant a lot to me to have him on this record.”

One highlight of the album is “Cackalackey,” a jaunty tune cowritten with songwriter Si Kahn as a tribute to all things Carolina, including biscuits. Another is the title track, which Lauderdale cowrote with John Oates (yes, THAT John Oates: Daryl Hall’s partner in the long-running pop-star duo). On the eve of the 2019 World of Bluegrass, Lauderdale gave “When Carolina Comes Home Again” a preview by performing it at the Governor and First Lady’s Music at the Mansion series.

“I’ve got a theory that if you start out playing folk or bluegrass, you can go on to anything,” Lauderdale said. “Start with rootsy music and your ear is trained to play a lot of different things. Like Doc and Earl (Scruggs), two of my big heroes. I wish they were still here to have been on this record.”

The Lauderdale and Steep Canyon Rangers albums form the basis of a pretty solid North Carolina mixtape of songs about our state. Here are some songs you could fill that out with:

We’ll start with this very fine a cappella version of the state toast: you know, the one that begins, “Here’s to the land of the longleaf pine…” The Ramblers being the Ramblers, it naturally segues into a fiddle-and-banjo breakdown for the outro.

At the time of this writing, 90-year-old Holeman is the last surviving Piedmont bluesman with firsthand memories of the late great Blind Boy Fuller (albeit from childhood — Fuller died in 1941). Holeman has long-ago firsthand memories of Chapel Hill as a party town, too, in this ode to its speakeasies. This version pairs Holeman with latter-day blues-rock guitarist Kenny Wayne Shepherd.

Barham, front man of the Raleigh rock band American Aquarium, pays tribute to his Rockingham County hometown, Reidsville. It’s a place where “it all comes down to the car you drive,” and “Reidsville” is in the fine Bruce Springsteen tradition of going nowhere fast.

For North Carolina fishing enthusiasts, there are no words more thrilling than the title of this song. It’s the theme song for the musical of the same name, with “Songs & Stories of the Carolina Coast” by Jim Wann, Red Clay Ramblers pianist Bland Simpson, and bassist/producer Don Dixon (who also coproduced R.E.M.’s first two albums).

Before settling in Chicago, singer/songwriter Fulks spent enough of his growing-up years in North Carolina to write this bittersweet remembrance of his misspent youth. No one has ever captured the Chapel Hill zeitgeist better than Fulks does in this couplet, which pays tribute to the founder of the Red Clay Ramblers: “Tommy Thompson's dead and gone and I've been feeling not so strong/Chapel Hill hasn't done me wrong, it was fine until it wasn't.”

Local references litter this Raleigh collegiate hip-hop trio’s major-label album, especially on this song. Along with shout-outs to “Raleighwood, K-Town, Fayettenam” (Raleigh, Kinston, Fayetteville), “Where’d You Get Your Bo Bos?” declares, “I like calling North Carolina my home.”

Yes, “Carolina in My Mind” would have been an obvious choice for this slot. But let’s go with “Copperline,” instead — a slice of autobiography from Taylor’s 1991 album “New Moon Shine.” Cowritten with novelist Reynolds Price, “Copperline” details what it was like to grow up around Chapel Hill’s Morgan Creek (which is now spanned by U.S. Highway 15-501’s James Taylor Bridge).

Written and debuted in the euphoria of Raleigh’s inaugural World of Bluegrass festival, “Living in Raleigh Now” tells how bluegrass was “born in Kentucky and moved off to Nashville” before taking root in Raleigh. It’s been the city’s unofficial bluegrass theme song ever since.

The Dirt Band’s intergenerational landmark album, “Will the Circle Be Unbroken,” featured Doc Watson and Earl Scruggs among its elders. And the latter gets a namecheck tribute on Jimmy Martin’s ad-libbed version of Hylo Brown’s 1955 chestnut, “Grand Ole Opry Song”: “There’ll be guitars and fiddles, Earl Scruggs and his banjo, too” (pronounced “banjer”). The Dirt Band’s recording also began with John McEuen making a mistake and muttering, “Earl never did do that.” No, he didn’t.

Speaking of Doc, his great-grandmother knew Tom Dula and Laura Foster, the real-life subjects of this classic folk song. They were two-thirds of an ill-fated love triangle that ended with her murder and his execution by hanging in 1868. So you could say that Watson is a lot closer to the source than the Kingston Trio was with their 1958 hit version, which sparked the folk revival.

Written by Laurelyn Dossett and exquisitely sung by Rhiannon Giddens, “Leaving Eden” is the title track to the Drops’ Grammy-nominated swan song. It’s a mill-town lament of shuttered factories, lost jobs, and shattered lives, right up there with Springsteen’s “My Hometown” on the desolation scale.

From the longtime leader of The Bluegrass Experience, this song on Edwards’ album “North Carolina: History, Mystery, Lore & More” is based on an old Chatham County myth. It features Emily Frantz and Andrew Marlin, from Mandolin Orange, before they were the toast of the Americana world.

From the European immigrant Kruger Brothers’ superlative “Appalachian Concerto” collection, “Morning at Deep Gap” is our end-credits outro. It evokes dawn in the North Carolina mountains, a scene one pictures unfolding from the late Doc Watson’s homestead — which was indeed in Deep Gap.

One of the great Piedmont blues guitarists, the late Etta Baker was as brilliant as she was nonchalant. She could make your jaw drop and also make you feel like you were listening to her in her living room — a casual virtuoso.

A native of Snow Hill, Marlana “Rapsody” Evans pays tribute to two of North Carolina’s most legendary sirens in this song from her 2019 album, “Eve”: Tryon-born Nina Simone and Black Mountain native Roberta Flack: “I am Nina and Roberta, the one you love but ain’t heard of.” 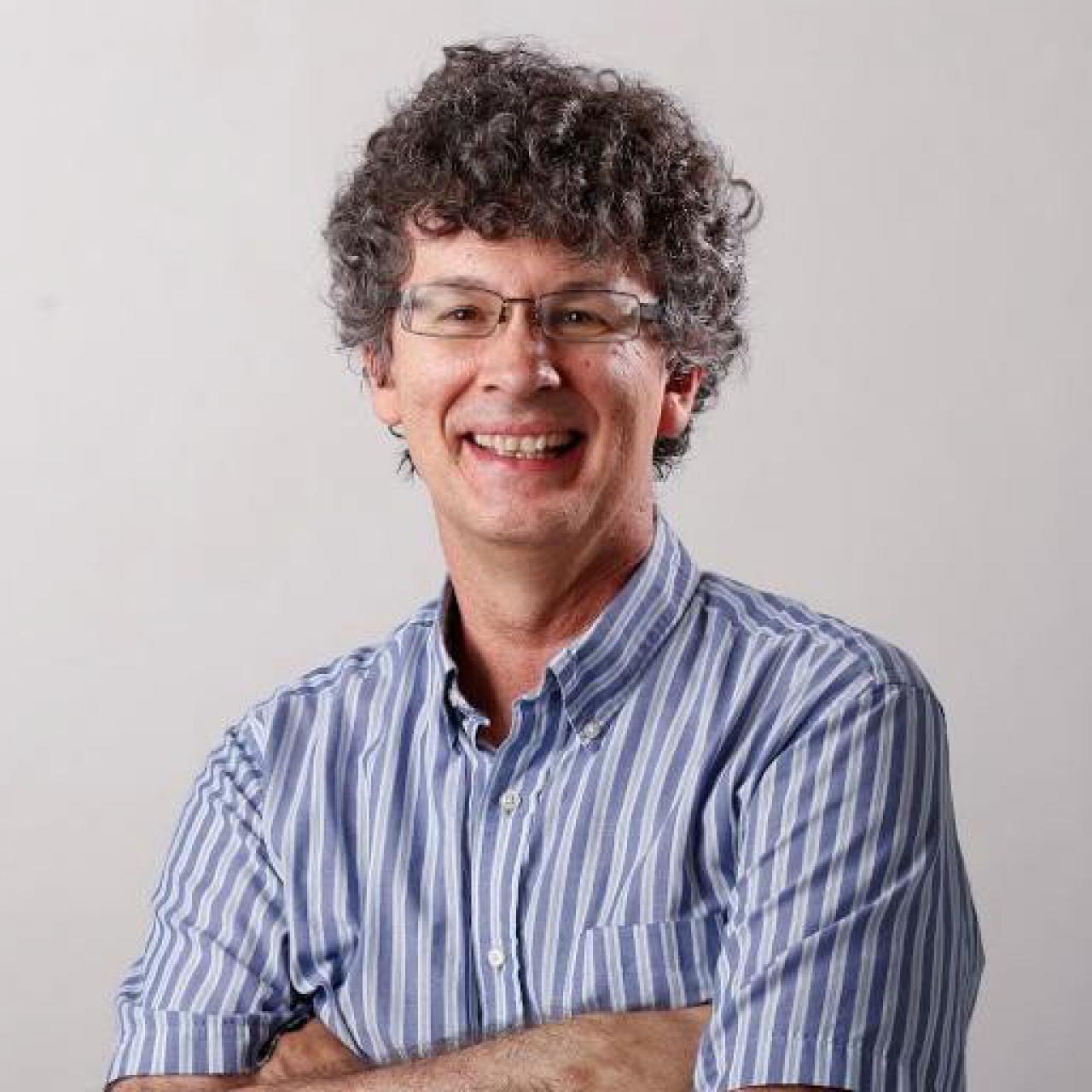