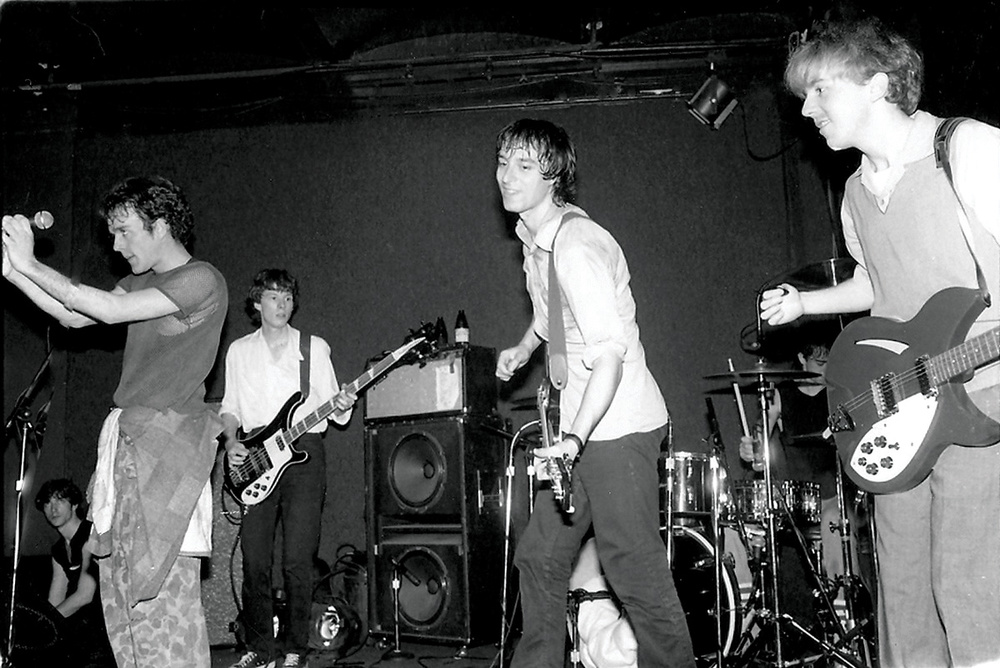 Throughout the month of July we will be celebrating the strides and achievements North Carolinians have made in the world of rock and roll music. This week we explore the world of Mitch Easter, the dB's, and their respective influences on R.E.M.

R.E.M. might be the most successful indie rock band in history, and for many folks they are the first band to come to mind when thinking of Southern college rock. With over 85 million albums sold worldwide, a few Grammys under their belts, and the acclaim of both casual listeners and critics alike, their combination of introspective lyrics, intricate guitar work, and a lively but succinct rhythm section helped define the Athens, Georgia sound of the ‘80s and ‘90s. Though synonymous with the Georgia college town, R.E.M. can credit North Carolina for shaping their sound.

Mitch Easter, Chris Stamey, and Peter Holsapple all grew up in Winston-Salem, N.C. As teenagers they formed a band called Rittenhouse Square. After one independent album release, the band split. Peter moved to New York City to further pursue a career in music. Stamey and Easter attended UNC-Chapel Hill, playing in multiple bands separately and together, most notably the short-lived but locally loved group Sneakers, who Easter recalled in a 2017 interview, “has played only ten times, I think, since 1976.” After the split of Sneakers, Stamey moved to New York City as well, and formed the seminal jangle-pop band, the dB’s, alongside fellow Winston-Salem native Will Rigby on drums and former bandmate Peter Holsapple. Their debut album, Stands for Decibels, is a perfect bridge between the power pop sound of Big Star and the folky jangle of The Byrds, and is a defining moment in the history of Southern indie rock.

The dB's - "Black and White" (First track off their debut album, Stands for Decibels)

While Stamey and Holsapple were off in the big city chasing rock and roll dreams, Easter returned to Winston-Salem and started Drive-In Studios, a professional recording studio in his parents’ garage. He also launched a band of his own, Let’s Active, with his then girlfriend Faye Hunter on bass and the late Sara Romweber on drums. One of his earliest clients at Drive-In Studios was an up-and-coming band from Athens, Georgia – R.E.M. By 1981, R.E.M. had established a decent live audience and had opened for some large acts including The Police. They set out to Winston-Salem to record for the first time together, a decision that would lead to years of collaboration between the band and Mitch Easter.

Their debut single, “Radio Free Europe,” quickly sold out of its first pressing of 400 copies, and another 6,000 were released. The band’s label arranged for them to record a full-length album, pairing them with an established producer, but the band did not like the direction the recording sessions were going. Despite push-back from management, R.E.M. opted to return to North Carolina and record again with Easter. The resulting album, Murmur, received universal acclaim, topping Rolling Stone’s 1983 Album of the Year list, cementing R.E.M. as college rock royalty and highlighting Mitch Easter’s significance in the recording booth. The follow-up album, Reckoning, also recorded in North Carolina and produced by Easter, garnered equal praise. By 1984, R.E.M., with the help of their North Carolina producer, had an established sound and fanbase. Around that time Easter and the band parted ways.

With the college rock magic happening in Winston-Salem, the dB’s continued to establish their brand of Southern-tinted jangle-pop in New York City, releasing four full-length records between 1981 and 1987. Chris Stamey left the band after their second release to pursue a solo career, and in 1988, Peter Holsapple departed, effectively disbanding the group. Holsapple set out as a “hired gun,” ready to act as an auxiliary musician for a touring band, and what group did he land with but R.E.M. After the success of their first two Mitch Easter produced albums, R.E.M. was by far the most successful college rock act in the nation and needed to expand their personnel. Peter Holsapple was considered a fifth member of the band from 1988 to 1991, playing guitar, keyboards, and bass, and lending his acute songwriting abilities in the studio. With Holsapple, R.E.M. saw themselves go from college radio darlings to international superstars with their multi-platinum 1991 album Out of Time, which features the timeless classic, “Losing My Religion.” The acoustic guitar heard on that song was performed by Peter Holsapple.

In the years since these North Carolina jangle-pop greats crossed paths with R.E.M., the dB’s have reunited for several records and benefit shows, and Mitch Easter has opened a new studio in Kernersville, N.C., Fidelitorium Recordings. Chris Stamey has had a prolific career as a solo musician and producer, working with everyone from the alt-country group Whiskeytown to the dance-punk band Le Tigre. Peter Holsapple has continued his work as a “hired gun,” serving as a multi-instrumentalist for Hootie and the Blowfish, as well as starting his own band, the Continental Drifters. Mitch Easter remains one of the most prolific producers and studio men in rock and roll, working on albums with Pavement, Ben Folds Five, Ex Hex, and the Drive-By Truckers as well as continuing to play with Let’s Active. He will be inducted into the North Carolina Music Hall of Fame on October 17th in Kannapolis, N.C. 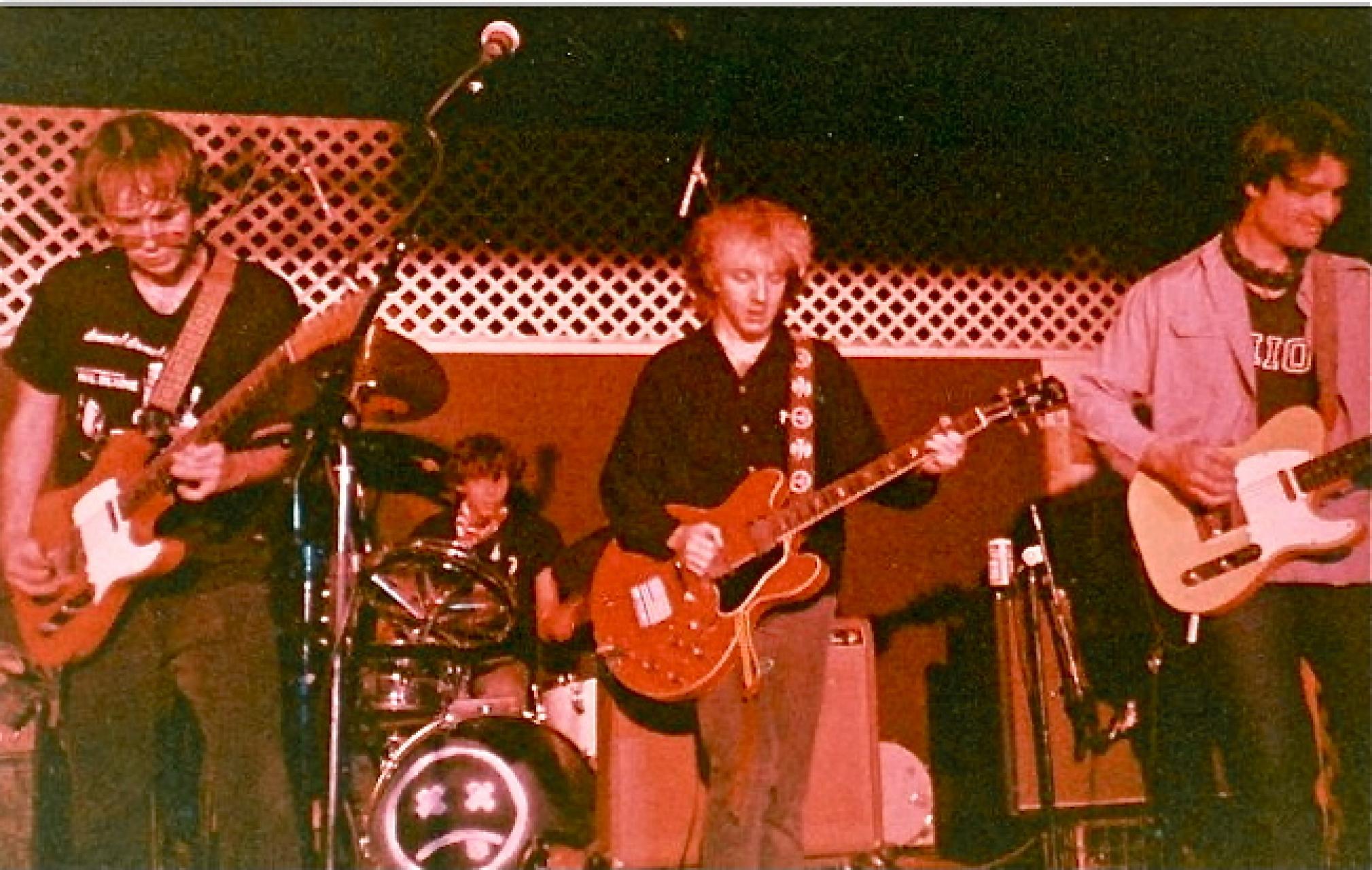 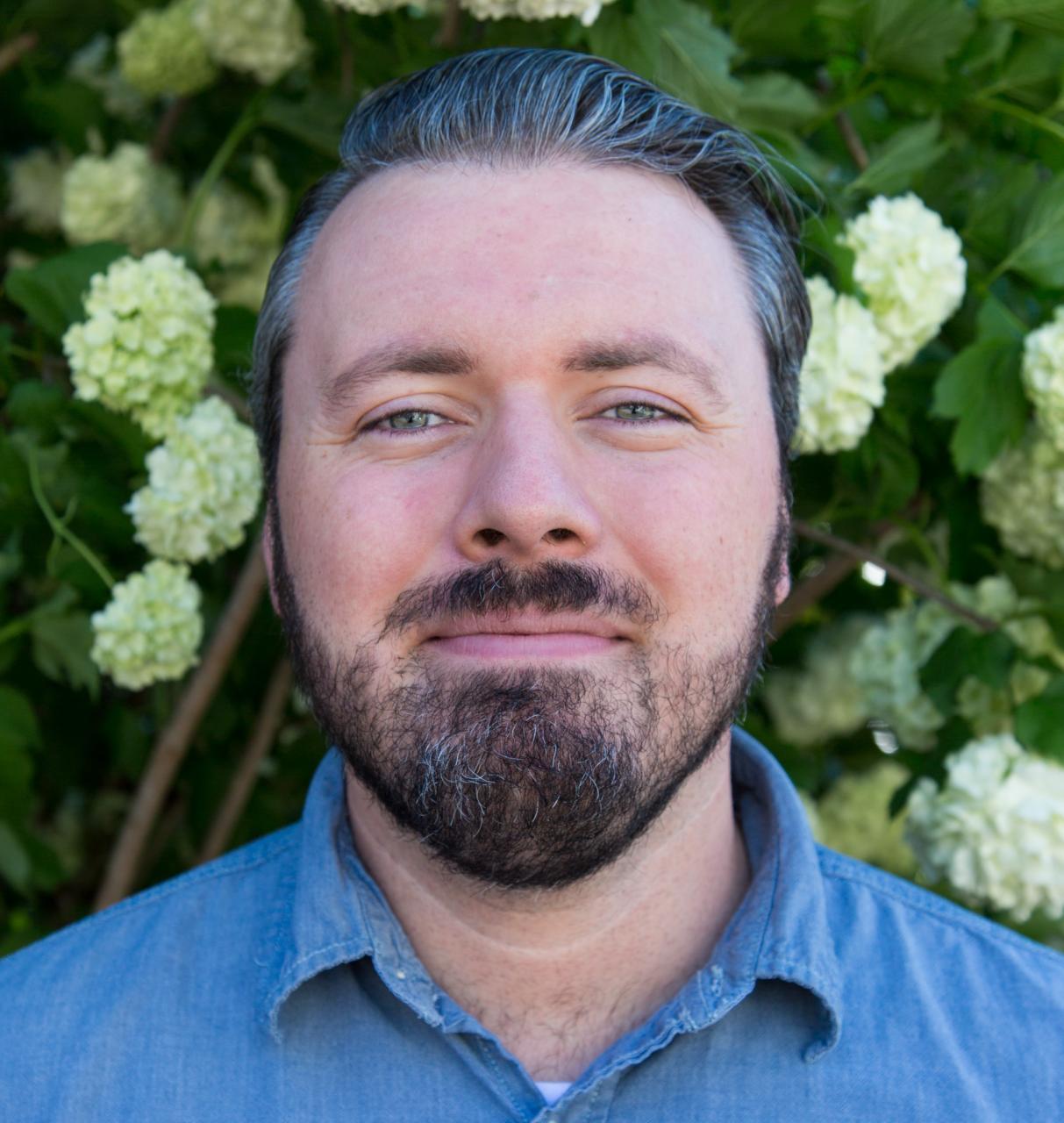 Sam Gerweck works for the North Carolina Arts Council as a Program Administrator for the Come Hear North Carolina campaign. Performing as a solo artist and in garage bands since his pre-teens, he went on to study vocal performance and music theory at the University of Hawaii at Hilo. Settling in North Carolina, he has come to love the rich musical culture of the state, and you can likely find him at any number of music venues, record stores, or guitar shops around the region.