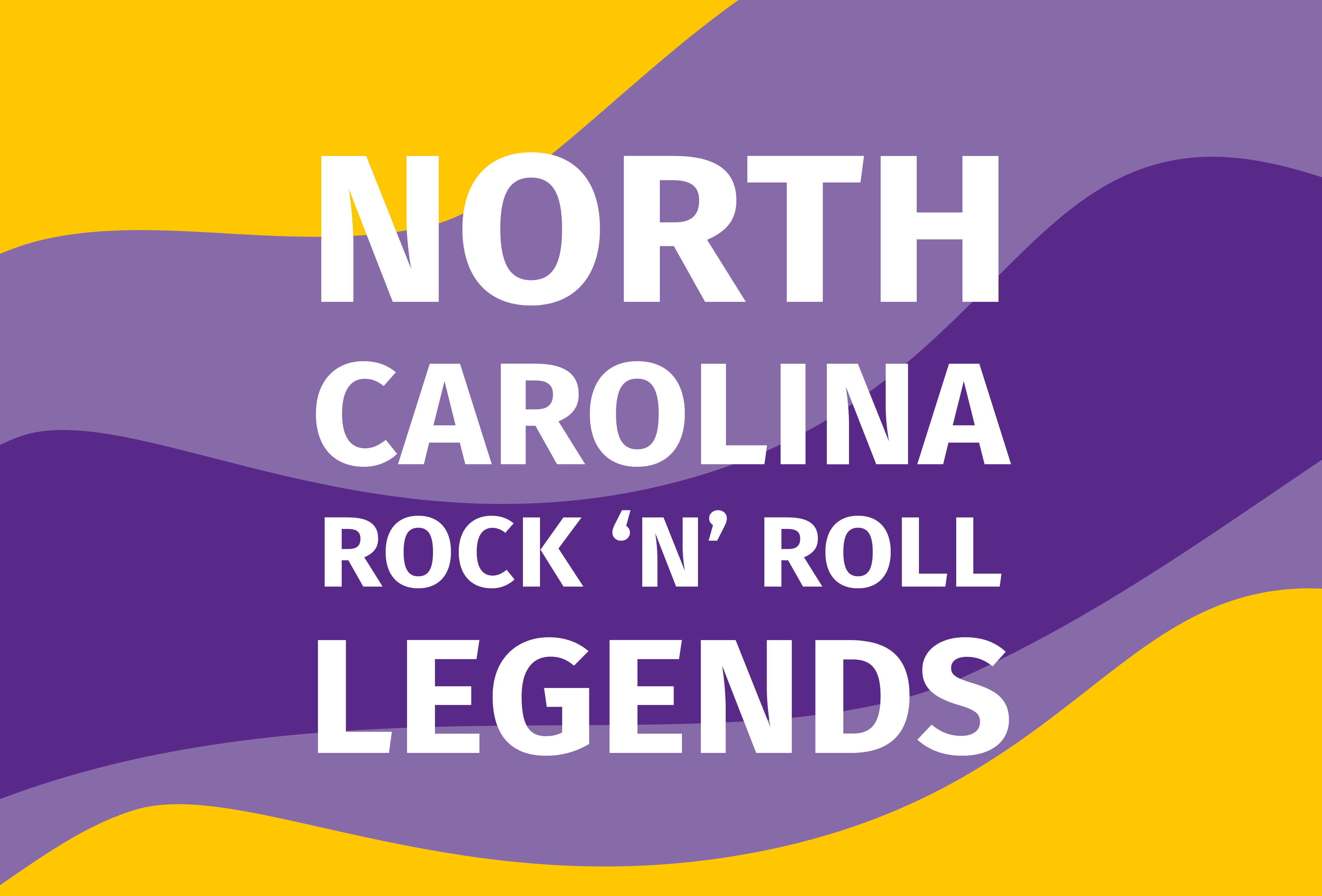 During November and December 2019, the Music Library of East Carolina University will be featuring displays and exhibits that showcase legendary N.C. rock and roll bands and musicians. In advance of the exhibition, E.C.U. Interim Head Music Librarian Eleanor Cook created a playlist showcasing her favorite North Carolina rock and roll bands. Take a listen and read Eleanor’s listening notes below!

The songs chosen for this playlist represent a selection of my favorite North Carolina bands and vocalists. There are gaps since not all the songs I would have liked to include are available on Spotify. While some of the selections are from way back, others are more recent. These bands came out of the Chapel Hill/Durham/Raleigh and Charlotte music scenes from the 1960s through the 2000s. All these musicians were instrumental in putting N.C. rock ’n’ roll on the national map.

Arrogance was one of the most influential rock bands in North Carolina, EVER. Founded at UNC-Chapel Hill in the late 60s, the original band was comprised of Robert Kirkland, Don Dixon, Mike Greer, and Jimmy Glasgow. They went on to add and/or change out several drummers and brought in guitarist Rod Abernethy, formerly of the band Glass Moon. Dixon and Kirkland’s vocals and Marty Stout’s keyboards are a signature part of their sound. Though the group broke up in the early 1980s, over the years they have come back together to do reunion concerts now and then, playing to packed venues of devoted fans.

“Black Death” was the first song Arrogance recorded and is considered a classic by their fans. “Nights of Dreams” features Mike Greer’s incredible guitar work; this early cut is worth a listen. This particular tune is on a compilation album called Knight of Dreams which includes some pretty raw stuff, but you can’t find a lot of it anywhere else.

Additional Arrogance tunes selected for this playlist include “Open Window,” as it was always a huge hit with their fans. Interestingly, it is a song that they do not play any longer when they reunite due to the inevitable changes in their vocal ranges. The last time “Open Window” was performed in public was at a New Year’s Eve show at the Cat’s Cradle in 2011, where they called on several of their grown sons and daughters to hit the high notes.  It brought down the house!

The other Arrogance selection here, “Why Do You Love Me?” showcases the keyboard talents of Marty Stout, as well as the versatility of percussionist Scott Davison.  Earlier drummers Steve Hebert and Ogie Shaw are not available on cuts found on Spotify. All Arrogance albums can be had on CD if you look hard enough. 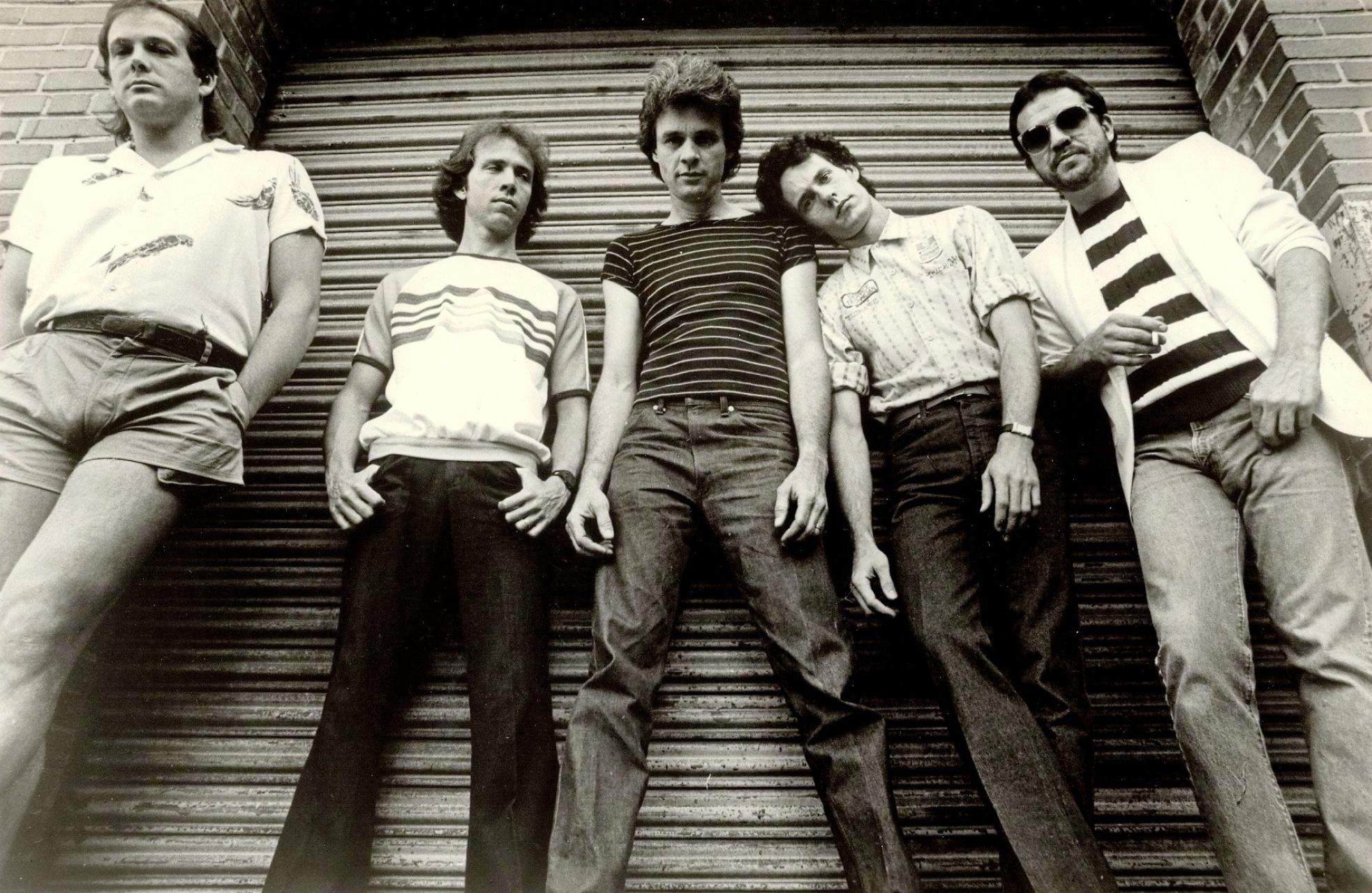 Next in this playlist, I include the most well-known selection, “Heartbreaker,” from the band Nantucket. Initially formed in Jacksonville, N.C., Nantucket was inducted into the N.C. Music Hall of Fame in 2012. They were a staple of the N.C. rock scene for many years.

Several key selections are included from the Charlotte band The Spongetones. Heavily influenced by The Beatles and British invasion power pop, The Spongetones were originally thought of as a “tribute” band, but over time composed and performed their original music.  Selections here include “She Goes Out With Everybody” and “My Girl Maryanne.” The Spongetones were a regular act at both PB Scott’s and the Doubledoor Inn and still perform, on occasion, around the state. They are particularly popular in Charlotte but have fans as far away as Japan.

Spinning off of both Arrogance and The Spongetones are selections from Glass Moon and Don Dixon and the Jump Rabbits.  Glass Moon’s “Cold Kid” features Dave Adams and Rod Abernethy (a.k.a Rod Dash), who, as previously mentioned,  played with Arrogance.  The Jump Rabbits came together in the late 2000s with Don Dixon, Jamie Hoover (of The Spongetones), and Charlotte percussionist, Jim Brock.  Jump Rabbits showcased tunes from a variety of artists, including songs by N.C. artists Don Dixon, Jamie Hoover (“Skinny”), Bland Simpson (“The Night that Otis Died”), Peter Holsapple (“Amplifier”), Matt Barrett (“Six Pack”), and Parthenon Huxley (“Sputnik”).  All these songs along with other great covers and originals are available on the album The Nu-Look.

I also included a song by Parthenon Huxley (“Buddha Buddha”) on the playlist. He attended UNC-Chapel Hill and his music is wonderful! 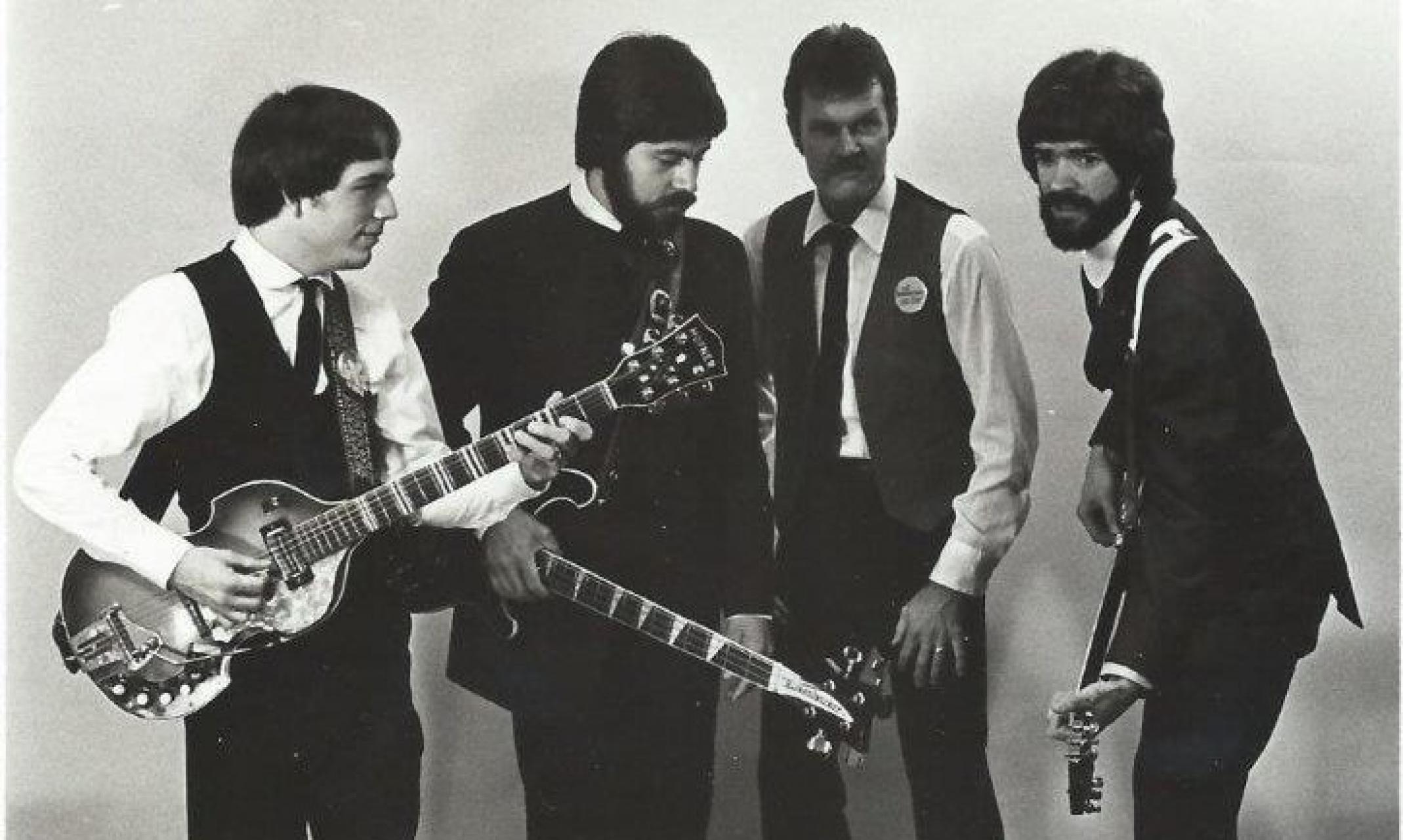 Peter Holsapple and his band The dBs, were formed in NYC but the founding members, Holsapple and Chris Stamey, are most definitely N.C. musicians.  I include their first hit “Amplifier” as they perform it, as well as the great cover by Don Dixon and the Jump Rabbits. I love both versions! Also included are two more of their most popular songs, “Neverland“ and "Black and White.”

Two more of my favorite bands from N.C. included are The Connells (“Eyes on the Ground”) and Dillion Fence, (“Something for You”) both great groups from the Triangle music scene.  Both still play on occasion.

Lastly, I provide a nod to Mitch Easter’s band Let’s Active (“Every Word Means No”). Mitch Easter was inducted into the N.C. Music Hall of Fame last month.

The threads of connection between artists are numerous and complex in the North Carolina music scene. Most of these musicians know each other and have worked together in various ways. There are others I do not have room to mention here that are also part of this landscape. We are so blessed to have so many wonderful rock ’n’ roll giants in our state! 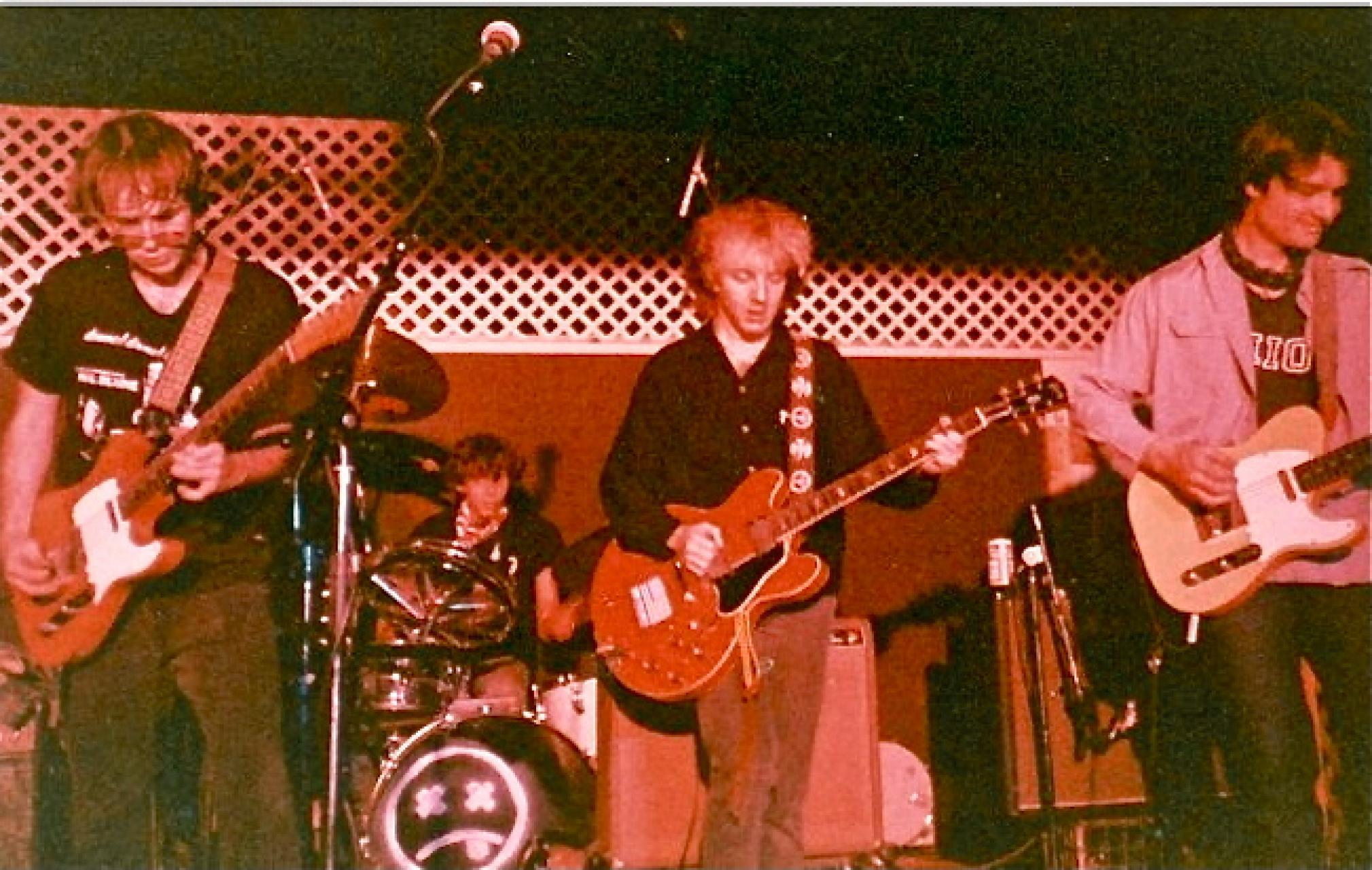 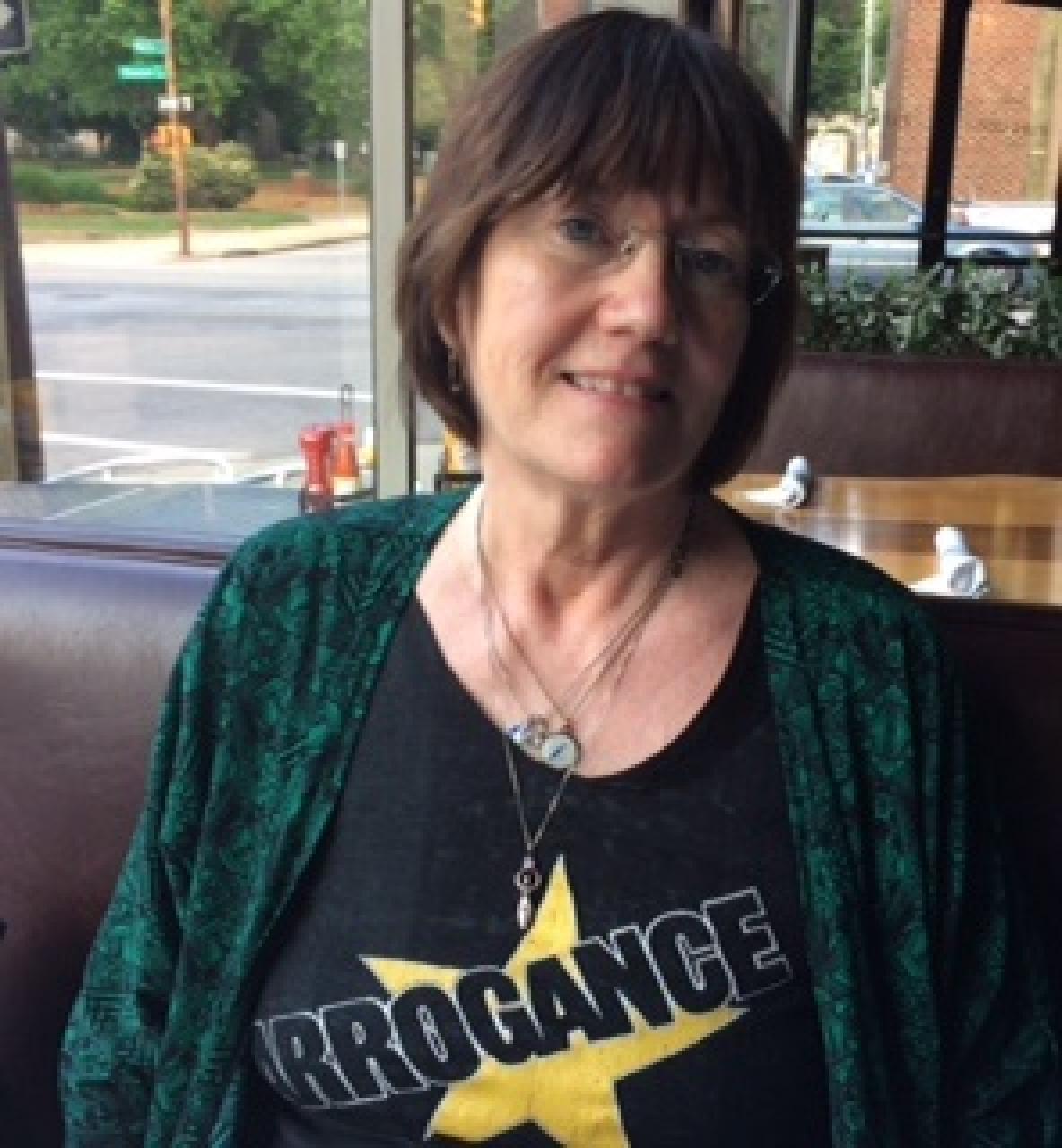 Eleanor Cook is interim head of the Music Library at East Carolina University and a devoted fan of North Carolina music. Many thanks to these great musicians who paved the way for other independent artists in our great state.