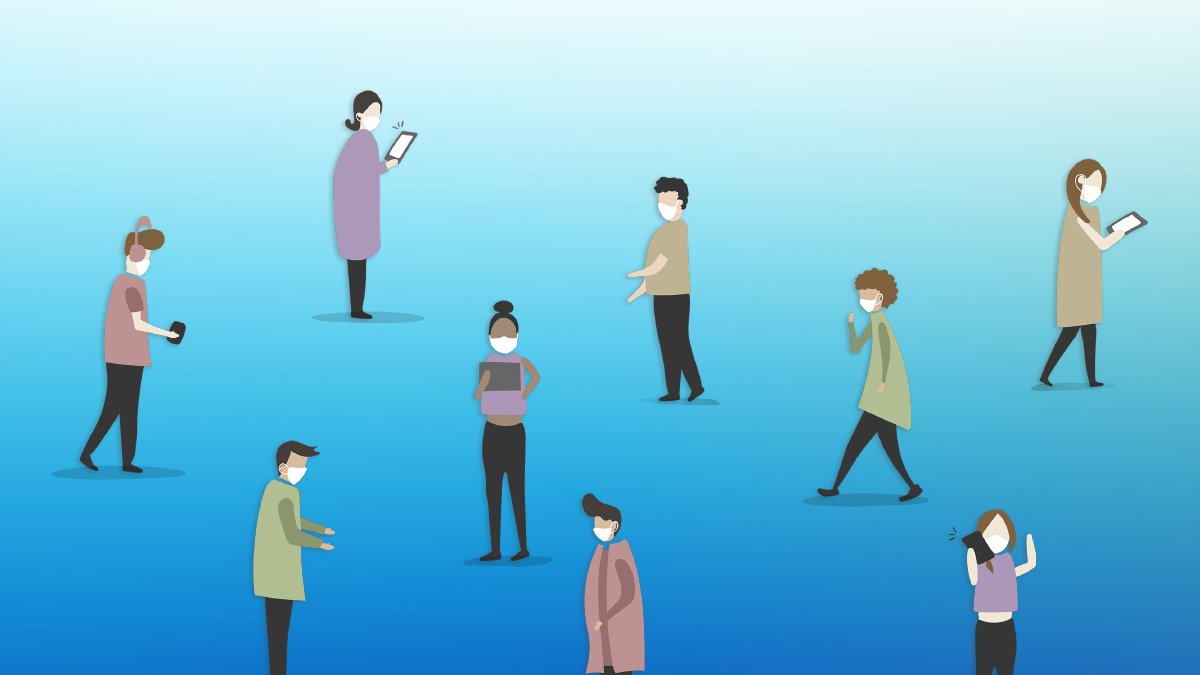 Back in March, when the COVID-19 shutdown went into effect, Winston-Salem native Ben Folds was about as far from home as you can get. He was in Australia on a tour of symphonic shows, all of which were canceled, which left him marooned in Sydney. So, Folds decided to make the best of it, renting an apartment and putting together enough of a computer setup to do online broadcasting.

Folds has spent this quarantine interlude working on new music and regularly posting livestream performances: some private ones for his Patreon subscribers and a weekly public “Apartment Request Show.” Much of it has an interactive element, such as soliciting fans to tweet couplets for him to set to music and broadcast back via Twitter.

Folds hosted an “Apartment Request Show” session on Saturday, April 25, a night that felt something like a virtual North Carolina version of the 1985 “Live Aid” telecast. That evening, North Carolina music fans hungry for a fix could toggle back and forth between Folds playing music in his Sydney apartment, the psychedelic-soul band The Veldt playing in the Triangle-based Virtual Listening Room, and night two of Under One Roof — a three-night livestream festival and benefit sponsored by Come Hear NC. Under One Roof was a fundraiser for the North Carolina Arts Foundation that featured performances and messages from some of North Carolina’s biggest musical acts: Anthony Hamilton, 9th Wonder, Tift Merritt, and Chatham County Line, to name a few.

Across North Carolina and beyond, musicians are keeping busy as best they can during this coronavirus era. Greensboro native Rhiannon Giddens has teamed up with cabaret pianist Amanda Palmer and novelist Neil Gaiman to form Art Is Alive, an online network dedicated to “Connecting Fans to Artists in a Stay-At-Home Climate.” And you can find numerous performers — Greensboro singer/songwriter Laurelyn Dossett, American Aquarium front man B.J. Barham, Johnny Folsom Four’s David Burney — doing weekly or even daily performances from their homes, usually on Facebook or Instagram, with the obligatory online tip jar for donations.

“This is the future for a lot of people,” says Rebecca Newton, CEO of Durham’s 1,300-seat Carolina Theatre. “It looks like it’s going to be a good long while before people will be willing or able to fill 500-and-up-capacity venues again, so this is what’s happening in the online world. We see how well some are doing — the ones with high-end equipment who have spent the time and energy to figure out how to do a show that’s good and popular enough that people want to see it.” 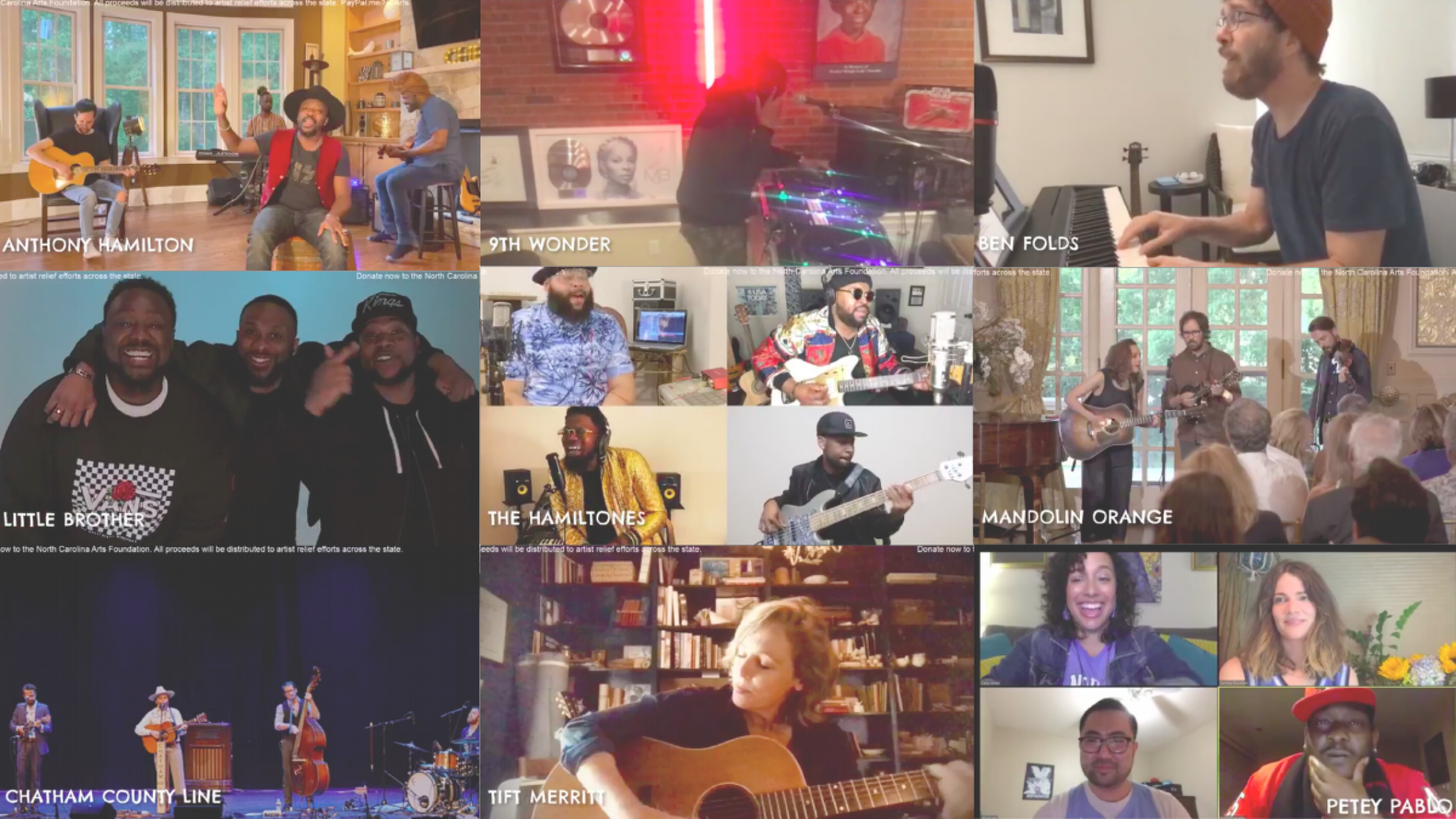 Few have embraced this new virtual frontier more enthusiastically or skillfully than Fayetteville native Jonathan Byrd, a singer/songwriter who now calls Chapel Hill home. Every Wednesday night, you can watch Byrd and his Pickup Cowboys play the “Shake Sugaree Americana Residency” (named after a song by the great Piedmont blueswoman Elizabeth Cotten).

“Shake Sugaree” is different from most musicians’ livestreams, in that it originates not from anybody’s home but rather from The Kraken, a small and funky establishment in rural Orange County that Byrd calls “a Quentin Tarantino movie waiting to happen — the classic American roadhouse experience.” Following regulations from the local sheriff’s department, Byrd and company are allowed to gather for the webcasts so long as they follow social-distancing protocols and have fewer than 10 people in the room. Most weeks it’s nine — three musicians, plus a half-dozen audio and video technicians.

The other major difference is “Shake Sugaree’s” production value, which is enhanced by multicamera shots and high-quality sound that distinguish the show from most virtual performances. Byrd had started a regular Kraken residency in January 2018 and decided to take the show online that fall. There began a period of trial and error to figure out the ideal technical setup, which wasn’t simple.

“It was a process of learning,” Byrd says. “Not many other musicians were doing what I wanted to do, but churches were. I found a lot of YouTube videos from worship people and companies making stuff for churches talking about how they were set up.”

In a serendipitous bit of timing, Byrd had put together all the right gear and had the presentation figured out when the shutdown came. All of a sudden, just as the internet became the only available outlet for music performance, Byrd had the most professional online show in town.

“People have asked how the lockdown has changed the way people use social media,” Byrd says. “I don’t think most musicians were using it well to begin with. Mostly it seemed like they were just trying to sell stuff: tickets or records or whatever. But it seems like the best thing to do is create something cool to make people come to you.”

Between the online tip jar for the live shows, special merchandise, and weekend-long virtual songwriting workshops he teaches, Byrd says his financial bottom line right now is better than it’s ever been. Part of it, he acknowledges, was fortunate timing. But Byrd was in position to take advantage because he’d been contemplating a move in this direction for quite some time.

“For years, I’d been trying to think about how to make money at home without having to drive a thousand miles to get it,” he says. “If you’re not selling 50,000 records with a tour bus, you’re probably carrying your own gear, and it’s hard on the body. Listening rooms are a cool niche, but it’s a smaller niche and hard to build on. The ability to make money close to home is important because I don’t think this will be the last time this happens. We won’t have cheap fossil fuel to get out and drive forever. And anyway, I’m also getting older and there will come a day when I don’t want to get in the car and drive to Chattanooga for a gig.”

It’s strange that a pandemic turned out to be the push Byrd needed to reinvent his career online, given that the online world itself has been a major destabilizer for musicians. But it’s a world he has turned to his advantage.

“The internet destroyed the music business, but it has also enabled us to build an entirely different music business,” Byrd says. “I still remember the first time I got a rental car that didn’t have a CD player, about five years ago. That was a clear sign of how things were changing, and I had to get my act together. I’ve been working on it ever since.”

Across North Carolina, broader networks are also coming together to help musicians find similar paths toward taking their work online. There’s the aforementioned Virtual Listening Room, a clearinghouse for publicizing livestream performances in the Research Triangle. Music Everywhere Charlotte has redirected its focus to perform a similar function in the virus-quarantine era for that part of the state. Livestreaming raises needed money for musicians, but the benefit is as much psychological as it is financial.

“It’s necessary as a creative outlet,” says Rick Thurmond, co-leader of Music Everywhere Charlotte. “There was concern about the creative community being trapped at home, struggling to overcome loss of income while losing touch with audiences. So if nothing else, it’s a chance to play a little music, get a little feedback, and maybe that’s enough to keep moving through to the next day or the next week.”

Right when everything shut down, Music Everywhere Charlotte was doing mostly triage-type work with fundraising and getting the word out about artists’ livestreams. But there’s a longer-term aspect to the work, too. Thurmond thinks that “local will lead the way” whenever we reach whatever adapt-and-reopen phase awaits on the other side of this pandemic.

“I’m an optimist at heart,” Thurmond says. “Part of the goal so far is to help shore up the music community so that local musicians can lead us out of this. People want to see live music, but the experience will probably be different — smaller, local, outdoors. So how do we help make that happen? And bigger-picture, how do we envision the music ecosystem we want, and to lean toward that? We’re probably going to lose some places we loved, but out of that comes spaces that can maybe be filled with something new, something cool. That’s the beauty of a music scene: It’s full of creatives who know how to make things.” 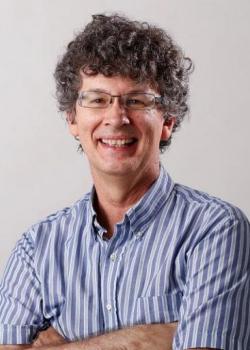