Need a Haircut? Bring Your Fiddle to Jam at The Barber Shop 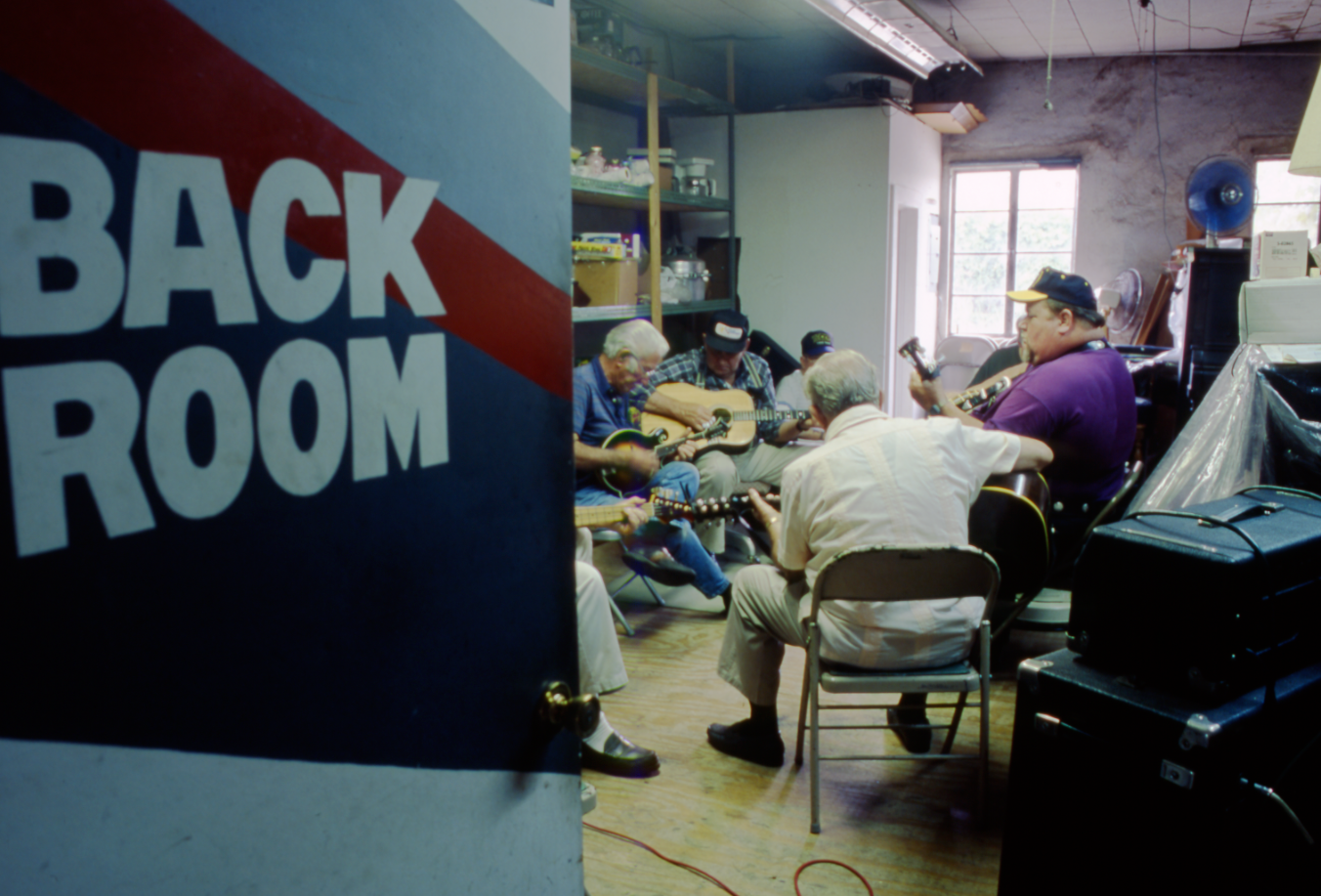 One of the quainter musical venues in the Blue Ridge region is the tiny Barber Shop in the little town of Drexel. Around noontime, the “regular pickers” start strolling into the Barber Shop. On Saturdays they favor old-time bluegrass.

Lawrence Anthony‚ a veteran of General Patton’s Third Army and the driving force behind the jam‚ owned and operated The Barber Shop in its present location from 1964 until shortly before he passed away, in December 2009. He began his career in 1949 in his first little shop, just across from the railroad tracks, and enjoyed “pickin’ with the guys” for almost sixty-one years.

Visitors can see the guitar he took with him through World War II hanging on the wall. Anthony’s son Carroll learned to play on that very instrument. He’s continuing the tradition of music at the Barber Shop today by setting up the Barber Shop Preservation Fund, a nonprofit fund to keep the shop open as a memorial to his father—and to keep the music alive.

“My daddy’s last wish was to keep the music going,” Carroll Anthony said. “We have lots of kids coming in now and some of the old guys will help the younger kids along to keep traditional music alive.”

The jam sessions occur year-round on Saturdays around 11 a.m., but visitors should call ahead to check the schedule. The jam sessions are informal, but the music is high quality, provided by some of the finest pickers in the area.

In 2012, The Barber Shop was the subject of an Emmy-nominated documentary film, called Pickin’ and Trimmin’, for obvious reasons.

Weekly videos of the jam sessions are posted on Facebook.

The Barber Shop is featured in the Blue Ridge Music Trails of North Carolina Guidebook, a project of the N.C. Arts Council in partnership with UNC Press. You can discover more unique music venues at www.BlueRidgeMusicNC.com.