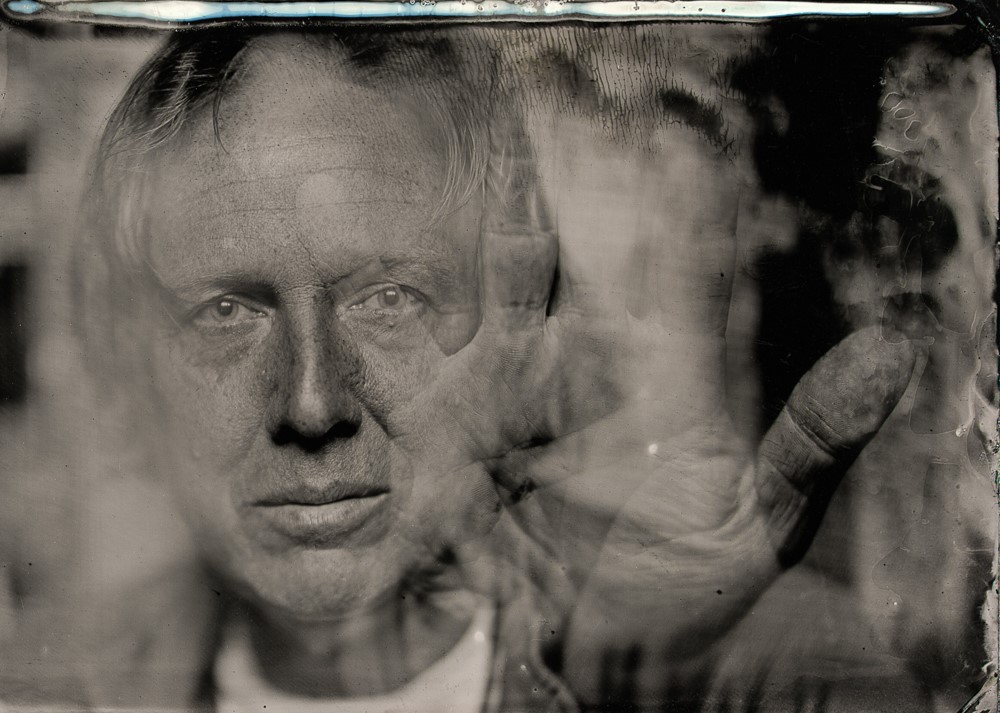 Music Maker 25: A Look Back

Next month Music Makers Relief Foundation will celebrate its 25th Anniversary with Music Maker 25, a weeklong performance series produced in collaboration with Duke Performances. Founded in 1994, the mission of Music Makers Relief Foundation is to “preserve the musical traditions of the South by directly supporting the musicians who make it, ensuring their voices will not be silenced by poverty and time.” In years since, the organization has issued over 12,000 grants to musicians, coordinated over 7,000 performances, released over 2,000 songs and supported hundreds of traditional artists from the South. In advance of their 25th Anniversary celebration, we interviewed founder Tim Duffy about the history of Music Makers, its connection to North Carolina, and his vision for the next 25 years.

How did Music Makers come to be?

Guitar Gabriel, Captain Luke, Mr. Q, Macavine Hayes, Willa Mae Buckner, Whistlin’ Britches and Preston Fulp, were a group of diverse and profoundly talented roots musicians I met in Winston-Salem, N.C. soon after I graduated from UNC Chapel Hill’s Master’s program in Folklore in 1990. Everybody wanted a gig, and nobody could afford lunch, the music industry just wasn’t working for these artists, a new model was needed to uplift these unsung heroes of Southern musical traditions who were often senior citizens living in poverty. Music Maker Relief Foundation was founded in 1994 to create a space for roots musicians to thrive. I spearheaded the programs, and my wife Denise quit her corporate job to create a highly entrepreneurial nonprofit. With Music Maker's support, this group of artists began performing and recording together and were soon playing Carnegie Hall, Lincoln Center and festivals throughout the United States and Europe.

Your mission statement is “Because the music matters.” What does that mean to your organization?

The music that was created in the South has and continues to influence every popular music in the world over. The originators of this music and the people of the culture that created this music are still a vital force, forming an aquifer of music that provides a constant stream of inspiration to the world. We feel American roots music - blues, gospel, jazz, old-time and Native American music - are essential to our national identity and build a cultural bridge to understanding our history and values as a people for our future generations and for the world.

How do artists find you / you find artists to include in the Music Maker organization?

Our founding artist Guitar Gabriel embraced our mission and introduced us to many of his musical friends he had met over his decades of rambling. We continue to actively seek out incredible musicians whose music we discover on obscure recordings, and they introduce us to their musical colleagues. Musicians also contact us by letter or phone or email. Sadly, there are hundreds and hundreds of musicians we just do not have the time or resources to connect with.

Describe the spectrum of what direct support looks like for your artists.

We use a people centered approach that is really driven by the artists themselves. Our intake process seeks to give the artists the support they need to achieve their creative potential. If an artist wants to perform and travel, our program staff helps them get the instruments, a backing band, and gigs to make that happen. If an artist has health or housing issues or is in crisis, our social worker works to bring in the necessary resources to stabilize their situation. Offering a hand up to these artists with performance opportunities ignites their spirit and helps them augment their income. We have provided safe housing, vehicles, instruments, and the recording and production of albums. The artists we work with are all over 55 years old - many are in their 70s and 80s. It is possible to reignite careers later in life - allowing these cultural treasures to thrive creatively and have the opportunity to share this cultural legacy with others.

What has North Carolina offered - culturally, infrastructurally, and otherwise – to the work you do? What makes it a good home base?

From the Appalachian string band and ballad singing traditions in the West to the jazz and blues of the Piedmont to the gospel and Native American traditions of the Coastal Plain - North Carolina has some of the most diverse and strongest roots music communities in our nation. There is an amazing array of musical talent, and after 25 years of actively working in N.C. we feel we are just learning the true depths of our state’s musical well.

North Carolina's vibrant and active arts council and organizations like Duke Performances, along with a robust educational community and thousands of individuals who attend our events and contribute to our organization have made a strong base of support to make this work possible.

How has the traditional music landscape changed since you started doing this work?

Traditional music is always changing, it is an unending river and it will never die. The communities in which it is spawned are under stress, ignored and marginalized by poverty, race and other factors. It is our work to locate, promote and nourish artists, so their unique musical voices will be heard.

What are you proudest of?

We are proud to have enriched the lives of the partner artists we serve and that many supporters of our program from our earliest days are still with us. To help a musician create and share their art with the world is a powerful thing that never gets old.

What are your hopes for the next 25 years?

That our programs continue to flourish, the model we have pioneered can be replicated by other NGO’s across the country and around the world to support traditional musicians and artists of all sorts. We must constantly explore where we come from to know where we are going.

Explore the schedule of Music Maker 25 below. Purchase tickets for the event here. 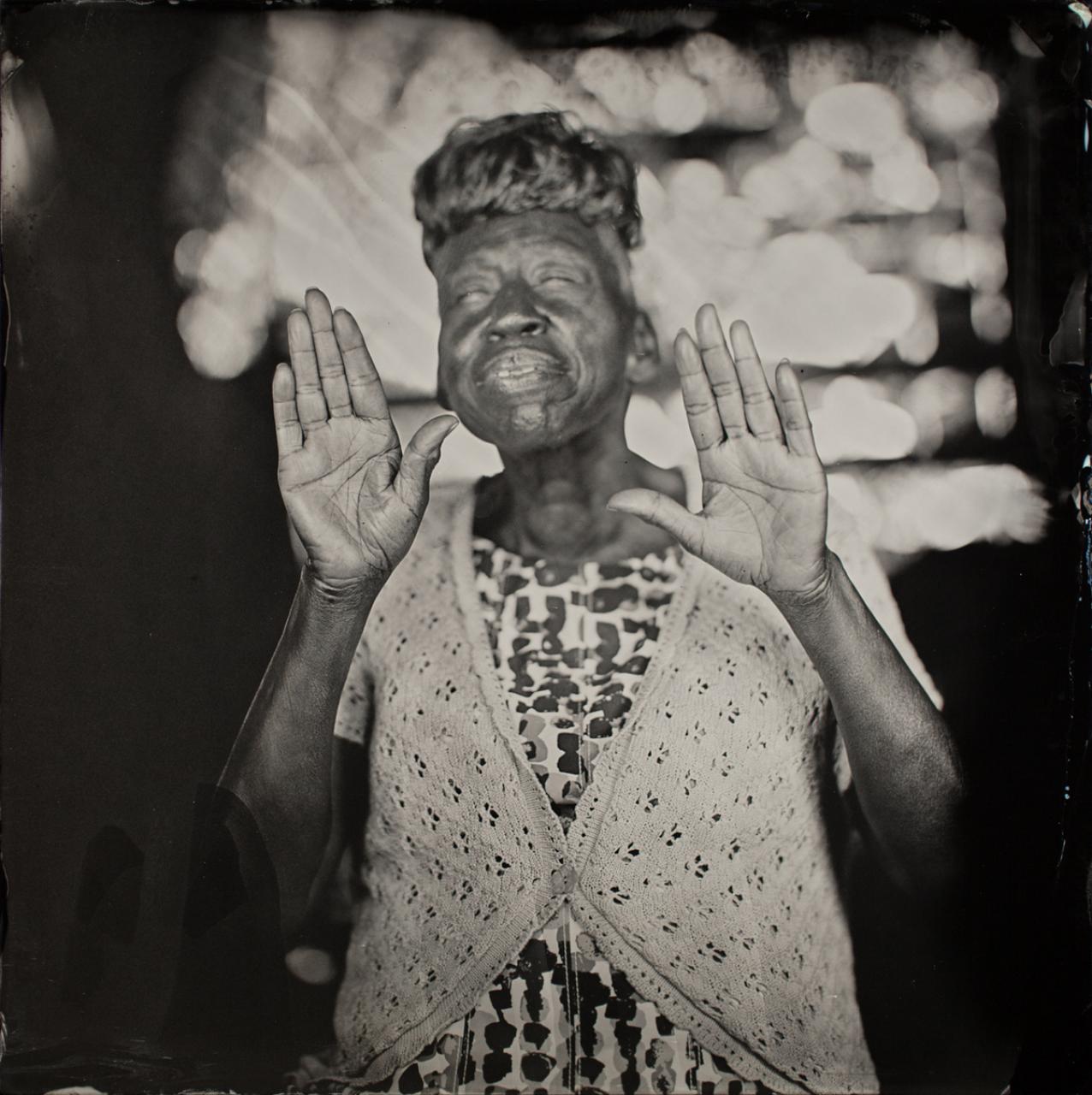 Music Maker 25 opens at The Fruit with a celebration of the next generation of Piedmont Blues boundary-pushers and tradition-preservers. Founding Carolina Chocolate Drops member Dom Flemons, GRAMMY winner and “equal parts studious folklorist, multi-instrumentalist, and American griot” (St. Pete Catalyst), pulls from repertoire covering more than a century of American musical tradition. Hailed by The Wall Street Journal as “virtually the only music-maker of his generation playing guitar, banjo, piano, and violin to fully assimilate the blues idiom,” Jerron “Blind Boy” Paxton reaches back with his faithful renditions of 1920s and 30s songbook repertoire. Two accomplished pickers — Durham-based Jake Xerxes Fussell and Pittsville, Virginia-based Gail Caesar — further demonstrate that the future of the music is in good hands. Each artist will perform a short set and close out the show together in a finale of their favorites.

Thursday evening at Music Maker 25 features individual sets from two distinct Southern voices — multidisciplinary visual artist and improvisational musician Lonnie Holley and Southwest Virginia mountain native and roots musician Alexa Rose. A journeyman and sculptor who recorded his first ever album of music in his sixties, Holley has lived an unparalleled life, one reflected in the captivating fare of 2012’s Just Before Music and last year’s sprawling MITH. Of that latter full-length, The Quietus hailed it as “a record that, far from being cartoonish or hackneyed, feels tangible and rings true.” Rose, compared to the likes of Joni Mitchell and Hurray for the Riff Raff, is developing a sound distinctly her own. Drawing inspiration from her Appalachian heritage, her voice “stands out with depth and complexity, capable of gymnastic yodels and deep resonance” (Cary Magazine).

For one memorable night, the history and evolution of the Creole Zydeco tradition will be on display. A veteran of Buckwheat Zydeco and Rockin’ Dopsie’s groups, as well as a seasoned bandleader in his own right, accordion virtuoso Major Handy has spent decades honing his craft. Informed by his French Creole heritage and still going strong nearly a decade and a half following Hurricane Katrina, his music captures the potency and eclecticism of the zydeco genre. Buckwheat Zydeco heir Buckwheat Zydeco, Jr. and his band Ils Sont Partis join Handy, each artist trading off lead on an evening-length zydeco dance party heavy with accordion and rub board.

At this Saturday matinee presentation, an intergenerational mix of performers from the U.S. and Canada demonstrates the extraordinary range of sounds and musical styles being advanced by Native American artists. Over the past 25 years, Pura Fé’s voice has graced records by the Indigo Girls, Robert Mirabal, and The Band’s Robbie Robertson, among others. Her own albums, with a capella trio Ulali as well as solo, place her mesmerizing vocals front and center. Born and raised in Montana, Crow tribal member Cary Morin shifted from the rock-oriented ensemble The Atoll to the acoustic fingerpicking now synonymous with his solo work. Sharing Tuscarora lineage with Pura Fé, the Deer Clan Singers bring indigenous traditions into the present. Pura Fé hosts the proceedings, with opening sets by Morin and Deer Clan Singers. Scarcely into his twenties, Pembroke-based Lumbee and Lakota guitarist Lakota John & Kin perform in the exhibition space at The Fruit prior to the performance.

The Sunday proceedings at Music Maker 25 celebrate the gospel tradition. The matinee features The Branchettes, a Johnston County, N.C. duo composed of vocalist Lena Mae Perry and pianist Wilbur Tharpe, who are devoted to sharing the songs and congregational hymns that live in their hearts. Having previously tapped Perry for his own Southland Revue shows and in other collaborative efforts, gospel’s influence on Phil Cook’s inimitable vocal delivery is unmistakable. Aquarium Drunkard praised his 2018 album People Are My Drug as a vital product of our times, adding that “the Durham-based singer/songwriter clearly views his mission as a celebratory one, recognizing that the work required right now is good work to do.” In recent years, Cook has also worked with Hiss Golden Messenger and Mavis Staples, an indication of his impressive range. Cook joins The Branchettes for a special collaboration.

Music Maker 25 closes out Sunday evening with a gospel set featuring The Glorifying Vines Sisters. The Glorifying Vines represent a divine musical tradition, one that dates to the singing quartets of the 1930s. Fittingly, The Raleigh News & Observer once praised the gospel singing group for “bringing old-school tent-revival fervor to unexpected places.” Led by Alice Vines, the Eastern North Carolina family band has taken their gripping devotionals wherever the spirit leads them, no matter if the venue is sacred or secular. Alice Vines is joined by vocalists Audrey Vines, Melody Harper, Curtis Harper, Johnny Ray Daniels, and Anthony Daniels, who will trade off on lead and welcome additional family to the stage for guest performances, a triumphant close to this five-day celebration of Music Maker Relief Foundation, a North Carolina and national treasure.