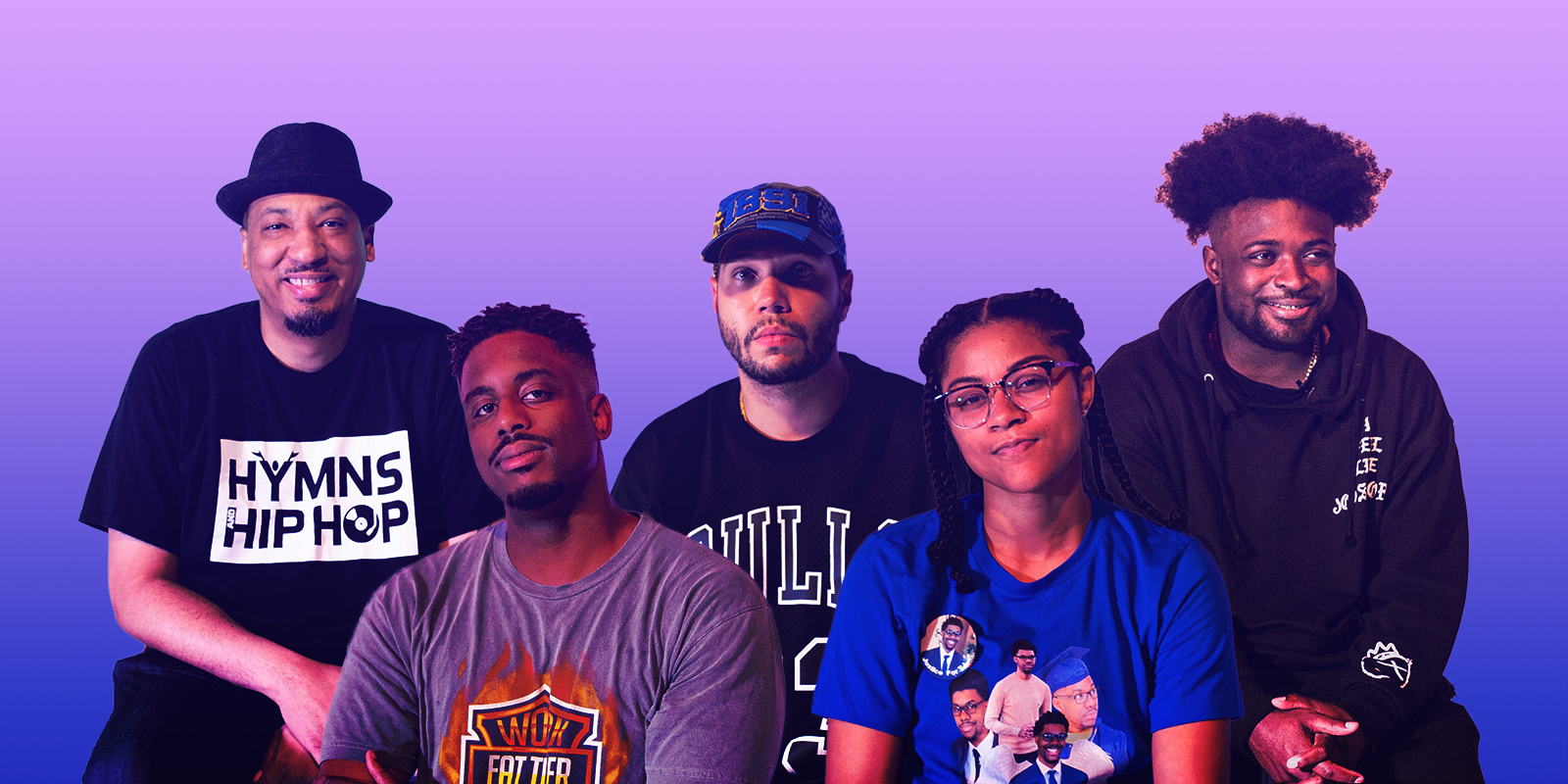 From negro spirituals to the blues, Black Southerners historically have relied on music to document the social ills of America and resist state-sanctioned violence against Black bodies.

North Carolina music legends and Civil Rights activists Nina Simone, John Coltrane, and Max Roach merged politics and jazz to respond to the racial tensions of the sixties. Today, their work is regarded as some of the best jazz protest music ever recorded. Contemporary genres such as hip-hop extend this sociopolitical-inspired musical tradition by replicating previous themes explored and sampling the melodies of jazz and blues artists. Southern hip-hop artists are leading the newest wave of protest music, and North Carolina artists are using their national and local platforms to speak out against present-day forms of injustice.

Representing the small eastern North Carolina town of Snow Hill, the Jamla/Roc Nation-signed emcee Rapsody has always centered the well-being of Black people in her music. Her discography includes songs about Black love, Black struggles, Black beauty in all its forms, and influential Black women. Her newest song, “12 problems,” is an upbeat track that directly addresses police brutality and systemic racism.

In 2019, Charlotte’s controversial trap rapper DaBaby made himself a hip-hop household name. His quick rise was solidified by two well-received albums and many chart-topping features. The 28-year-old Queen City native has been known for favoring club hits over “conscious” rap, but this summer he was inspired to respond to the racial discord of 2020. In June, DaBaby reenacted the killing of George Floyd in an emotional, hard-to-watch performance of his hit single “Rockstar” at the BET Awards Show. The performance captured the anger and frustrations of the current moment and ended with a call for more love.

Local North Carolina hip-hop artists are equally frustrated, and like their peers with mainstream visibility, they also have used music as a creative outlet to address contemporary forms of racial injustice. Inspired by Genius lyric videos, the artists featured here were chosen because of their stylistic presence, storytelling abilities, and documentary-style sociopolitical lyricism. Each video offers an introduction to the artists, followed by a brief performance of one of their politically conscious verses. The artists then unpack the inspiration, meaning, and intention of the song. A common thread binds these artists, as their music homes in on what it’s like to be Black in America.

Rowdy, a recording artist, writer, and educator based in Durham

Born in Durham, Rowdy teaches English as a second language (ESL) at Rankin Elementary School. He has been featured on BET, NPR, and PBS Kids network and has given a TEDx talk on the importance of hip-hop culture.

A graduate of the University of North Carolina (UNC) at Chapel Hill, Rowdy majored in business and minored in Chinese language. At UNC, he immersed himself in the campus’s hip-hop community and founded UNC Cypher, a meetup of local creatives who freestyle together, participating in one of hip-hop’s oldest traditions. For Rowdy, the weekly cyphers paid off. In the spring of 2018, he was selected to be a participant in the resurgence of BET’s iconic competition, Freestyle Friday.

In 2019, Rowdy obtained a Master of Arts in Teaching from UNC-Greensboro. For his master’s thesis, he focused on offering innovative ways to teach ESL by using hip-hop pedagogy. Rowdy has served as program director for Blackspace, an Afrofuturism digital makerspace based in Durham, and as a U.S. Hip-Hop Ambassador in the U.S. Department of State’s collaborative international arts-based exchange program.

Rowdy’s music explores the theme of Black excellence. He chronicles his personal experiences growing up as a Black suburban kid with a private school background in America in his first two projects: Return of Black Wall Street and Black Royalty. For Come Hear NC, Rowdy’s verse rejects negative stereotypes of Black men while also calling out the culture vultures of hip-hop.

If anyone goes hard for the Bull City, it is Joshua Gunn, the vice-president of the Greater Durham Chamber of Commerce. A fourth-generation Durhamite, Gunn has been active in the city since his teenage years as an artist and community advocate. After graduating from North Carolina A&T State University in 2008, Gunn continued a career in music that spans two decades and includes three international tours, several critically acclaimed albums, film scores, and a starring role in a national television series for BET. He is also the co-owner of Provident1898, an inclusive coworking community housed in the historic home of N.C. Mutual Life Insurance that honors the legacy of Black entrepreneurship. In 2019, Gunn ran for Durham City Council and was approximately 400 votes away from a win. Today he serves on the boards of the Museum of Durham History, Durham Public Schools Foundation, and the North Carolina Center for Nonprofits.

For Come Hear NC, Gunn performs a freestyle triggered by the killing of Ahmaud Arbery. His conviction, wordplay, and use of metaphors enhance the heartfelt narrative that he shares. He then unpacks his single “Bombs,” a song that provides examples of systemic racism in America and emphasizes the impact that has on communities of color. He also spends some time addressing police violence in Black communities. The powerful verse reminds listeners of the resilience of Black people. As Gunn says, “Despite everything we’ve been through, Black folks make a way.”

A graduate of Gardner-Webb University with a B.S. in chemistry, Troya Pope is a drug safety specialist for IVQIA, a pharmaceutical and biotech company located in Durham. The Wilson, N.C. native is also one of the most talented newcomers to this state’s hip-hop scene. Her melodic voice and attention-grabbing flow offer an introspective look into relatable personal life struggles. Over the past year, as she found her voice in hip-hop, Troya (who uses just her first name as a musician) began sharing narratives with social justice themes. This shift was inspired by the 2019 killing of fellow Wilson native Tyrique Hudson. Hudson was a graduate of North Carolina A&T University and had landed a job as a software engineer in Anne Arundel County, Maryland. In February 2019, Hudson sought a peace order after being threatened by his neighbor, but a judge denied his request. Two months later, he was murdered by that same neighbor. In September 2020, Hudson’s murderer was convicted of first-degree murder but found not criminally responsible by reason of insanity.

For Come Hear NC, Troya shares the inspiration behind her powerful single “Black Boy”: a love letter to little Black boys across America, reminding them and the world of their value. Knowing what Black children are up against—the school-to-prison pipeline, stop-and-frisk, mass incarceration, and so on—the repetition of Troya’s warnings within the song evokes an emotional response.

Born in Harlem, N.Y., JooseLord moved to Durham at the age of 12. Since then, he has built a reputation as one of Durham’s most controversial, conscious trap/punk rappers. His talent and raw lyricism have landed him spots at Hopscotch, Beats and Bars, and A3C Music Festival. A self-proclaimed “voice of the people,” Jooselord uses his music to speak about the struggles of being Black in America with a style and sound that merges his New York and N.C. roots. For Come Hear NC, JooseLord breaks down a song about police aggression in Black communities.

Ahanu is a multihyphenate creative whose work and abilities meet at the center of activism, organizing, poetry, and hip-hop. He is the cofounder and managing director of Black Poetry Theatre, a Durham-based theater company that creates and produces original poetry- and spoken word-based productions. As an active participant in poetry slams, Ahanu has competed regionally and nationally as a founding member and coach of Durham’s Bull City Slam Team. He holds a BS degree in organizational management from Saint Augustine’s University and an MLS degree in art and culture with a concentration in creative writing from the University of Denver. A holder of many titles, Ahanu is currently a visiting lecturer in UNC-Chapel Hill’s Rap Lab. Most notably, he is an alumnus of Harvard University’s Nasir Jones Hiphop Fellowship program. Believing that “with great talent comes great responsibility,” Ahanu has used his skills and resources to aid his community and further social change. He has worked as an organizer on such issues as war, social injustice, workers’ rights, domestic violence, and sexual assault. In 2004 he was awarded an Indy Arts Award by Indy Week for his work in arts and activism. In 2015 he was awarded the honor again, making history as the first repeat recipient of the award. In 2019 Governor Roy Cooper recognized Ahanu’s sociopolitical artistic impact by honoring him among the 50 N.C. artists and advocates chosen for recognition during Black History month.

For Come Hear NC, the verse Ahanu performs speaks to the lack of justice for victims of police violence, the policing of Black pain and expression by the broader society, sexual assault, and Black resistance. 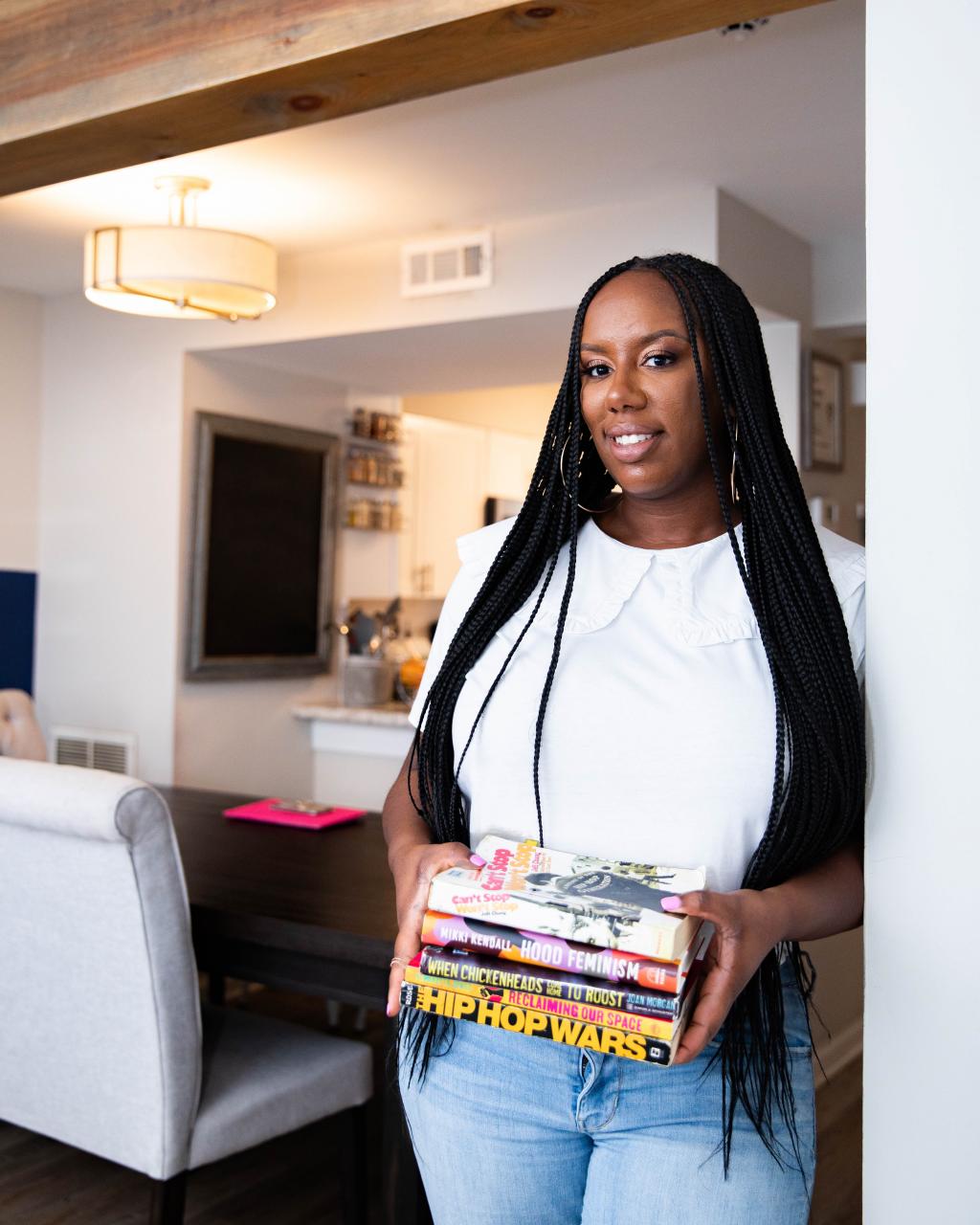 Kyesha Jennings is a PhD student, hip-hop scholar, and multi-hyphenate creative who writes, teaches, speaks, researches, and creates content about hip-hop and Black culture. She is a English Lecturer and Faculty mentor at N.C. State University.