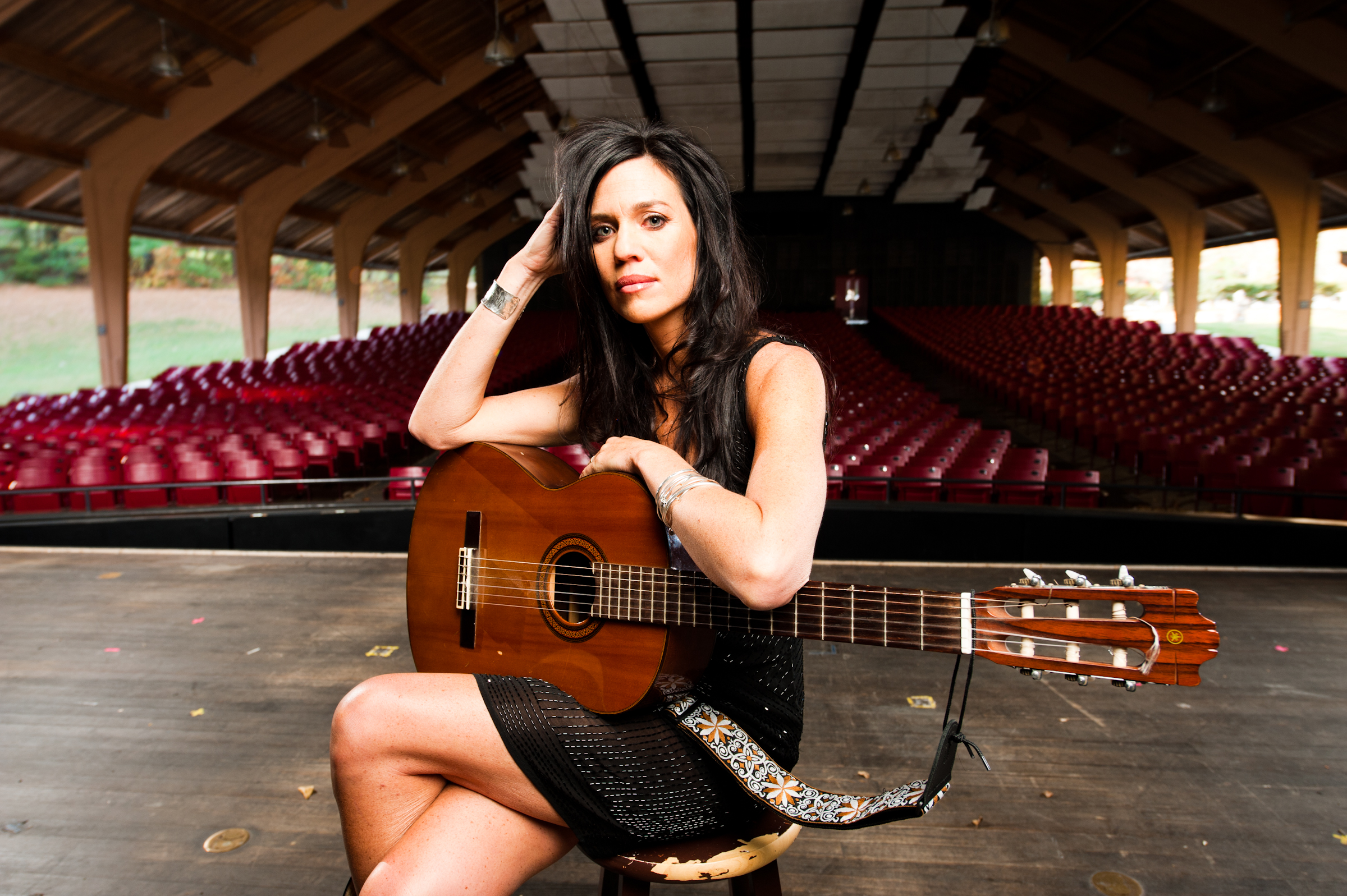 As a little girl who grew up playing house in tree forts while also staging living room concerts with a hairbrush as a microphone, I was taught by the world around me that these two paths were mutually exclusive. Later, as I ventured into my twenties majoring in music and pursuing a career in the arts, I was told by a mentor of mine, “You can have it all – you just can’t have it all at once.” Times are changing. Recently, I have worked with several artists who have been able to balance motherhood and a creative career. Many young artists, like myself, who hope to one day have families of our own, marvel at the women who somehow manage to balance it all. In this limited Mother’s Day series, you’ll hear from North Carolina musicians who are inspiring examples of women who have embraced motherhood and their artistry and are defying the odds.

Name and age of your child:

What is your child's favorite song?

Rivers loves music. His most consistent favorite song during the daytime is 'Radio' by his Dad's (Woody Platt) band The Steep Canyon Rangers. He asks to listen to it often and grabs his instruments and plays along. However, at nighttime he loves for me or Woody to sing a song called 'Baby Boy' that we wrote for him when he was in my belly. It helps put him to sleep.

What does your child think of your own music?

He appreciates my music and cheers really hard when I finish a song if he is watching me perform, which always cracks me up. The best is when he is building a fort or walking to the river in the backyard and singing a song. If he is singing a new one that I have been working on it always gets me and I think "Wow – I had no idea he was even listening and could say those words!” We don't realize he is paying so much attention. It's pretty funny to hear a three-year-old sing out some heavy words or a juicy ballad unprompted.

What’s the coolest part about being both a musician and a mother?

The coolest thing about being both a musician and a mother is to be able to share that art with your child. To be able to connect in that way is so fun. It is pretty magical watching Rivs play various instruments and watching his musical soul blossom. Hearing him make up his own songs and asking me to write with him is surreal and hilarious. It is an incredible thing to share with your child or any human really. 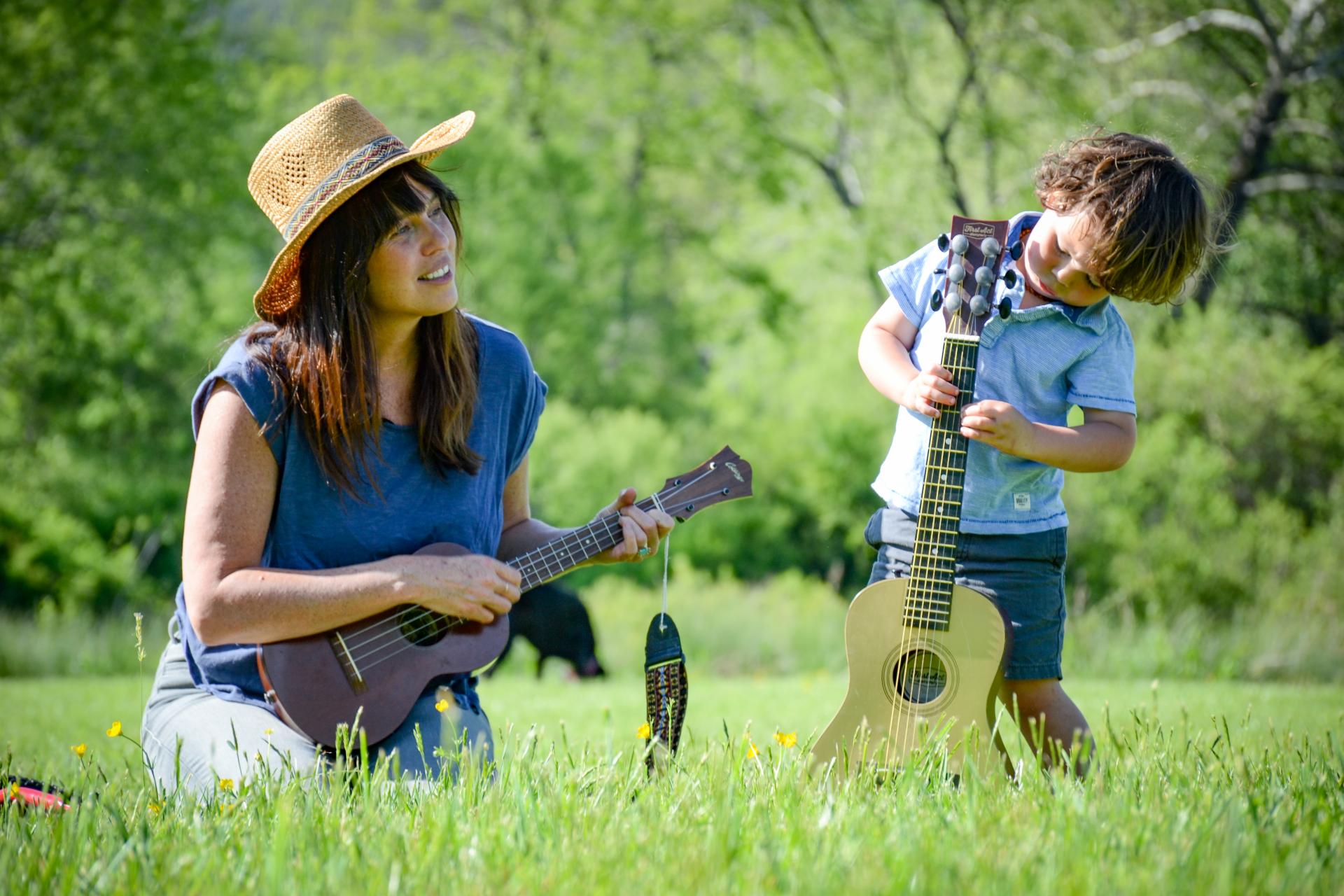 Shannon Whitworth with her son, Rivers

What challenges have you faced being both a musician and a mother?

There have been some challenges being both a musician and a mother. The moment Rivers was born I could not fathom leaving him or throwing him into my touring life. I had no idea I was going to feel that way. It was as if my life as I knew it had to stop so it could rebuild in a new form with this new being. Redefining that new form has been both scary and wonderful and super hard. Woody tours full time - I felt the need to say goodbye to the road full time and stay at home and be still for Rivers in the early part of his life. It was the scenario for us that felt right. With the birth of a new life there was sort of a mourning period of the old way, but I think lots of moms experience this. It feels even better than before now. Time with Rivs and the stillness allowed me to find new ways to incorporate everything my creative-side, mama-side and wife-side needs. I paint almost every day which I never got to do on tour. It is always a balancing act, but it feels like it's getting a bit easier every day.

How does being a mother change the way you approach your music and your career?

Being a mother has for sure changed the way I approach my music and career. I do not tour like I used to but when I do it is special and very fun. I have more time to write now and paint which is as or more rewarding for me right now because it works with our lives and feeds my soul. Rivers is at the center of all my decisions and if it doesn't jive with our world than it doesn't feel right.

What advice would you give young musicians who would like to one day also be mothers?

Be patient. There is a season for everything. My art and writing suffered for the first two years of Rivers life. I wasn't inspired to create which was foreign and scary for me. Eventually something switched. Rivers got older and I became more at ease in my new world I guess. Having a child has brought me to a whole new muse with a fresh new palette of colors to paint with.

Shannon Whitworth’s swoon-inducing musical style found its first showcase in her Asheville-produced solo debut, 2007’s "No Expectations." Followed by 2009’s critically-acclaimed "Water Bound" (an album that drew comparisons to Emmylou Harris’ "Wrecking Ball"), Whitworth garnered praise in outlets ranging from People magazine to Garden & Gun. Her honest reinterpretation of ‘Americana,’ a la Mark Knopfler meets Norah Jones and the ghost of Julie London, has garnered Whitworth prime appearances from Philadelphia Folk Festival to Yosemite’s Strawberry Music Festival to Nashville’s own Ryman Auditorium. For Shannon, art is music and music is art. They come together effortlessly, much like the river confluence in the backyard of her picturesque Carolina farm. A self-proclaimed mermaid, you’ll often see and hear water as a theme that runs through her creations,further echoing her love for fluidity in all things.