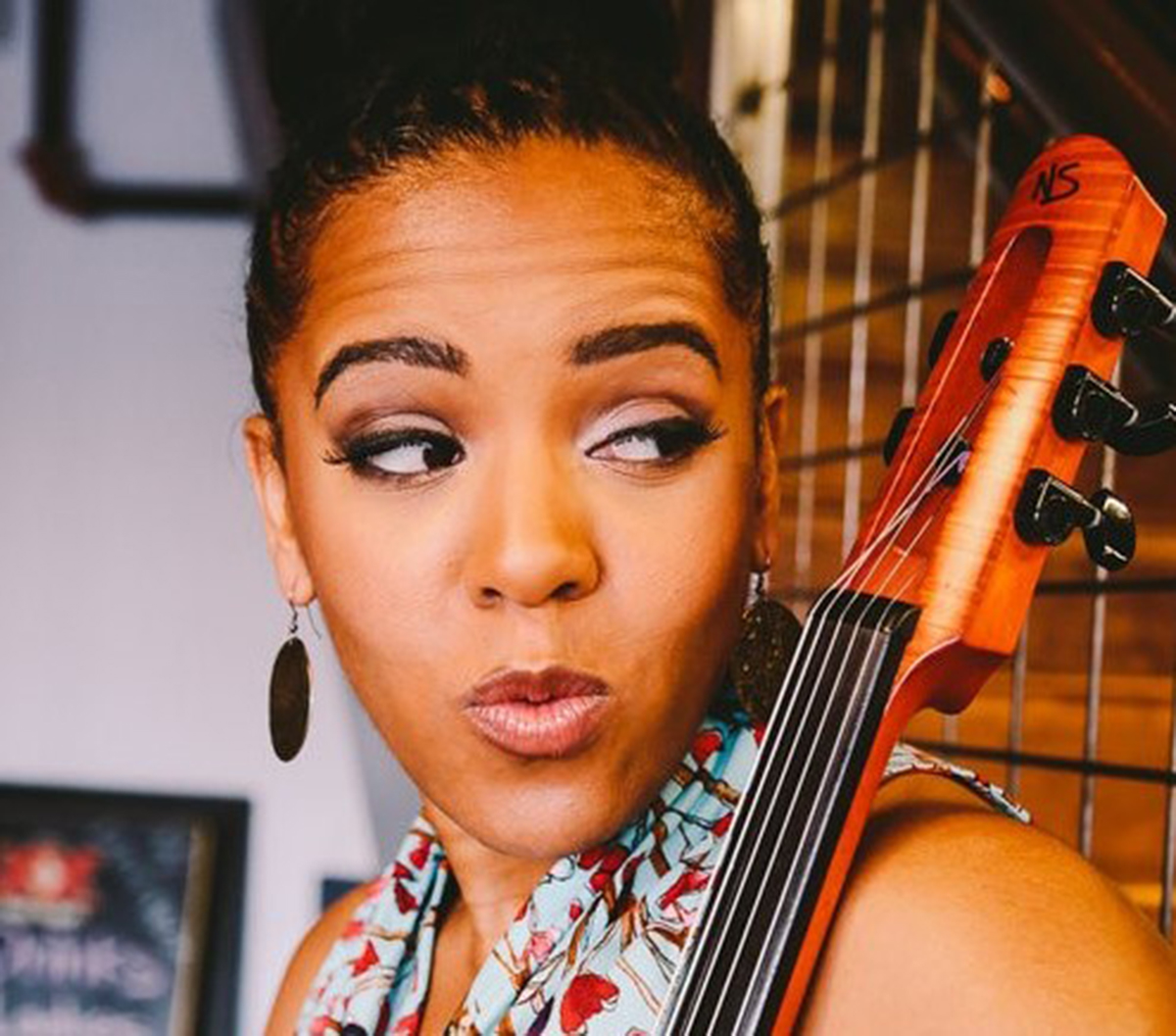 As a little girl who grew up playing house in tree forts while also staging living room concerts with a hairbrush as a microphone, I was taught by the world around me that these two paths were mutually exclusive. Later, as I ventured into my twenties majoring in music and pursuing a career in the arts, I was told by a mentor of mine, “You can have it all – you just can’t have it all at once.” Times are changing. Recently, I have worked with several artists who have been able to balance motherhood and a creative career. Many young artists, like myself, who hope to one day have families of our own, marvel at the women who somehow manage to balance it all. In this limited Mother’s Day series, you’ll hear from North Carolina musicians who are inspiring examples of women who have embraced motherhood and their artistry and are defying the odds.

Name and age of your child:

What is your child's favorite song?

What does your child think of your own music?

Sebastian knows the words and melodies to many of my songs, which always surprises me. I mean, I know he hears them all the time because I'm writing or rehearsing or performing them and he's around...osmosis-like. But they sound so sweet when he sings them back to me, the way I sing them, same articulation and nuances as I do, or I would, but in his ‘Sebastian-voice.’ The fact that he knows so much about my music tells me that he holds space in his heart for it.

What’s the coolest part about being both a musician and a mother?

I think it's cool that Sebastian has grown up knowing that it's entirely possible to live a happy, sustainable life as an artist. Sebastian has played several different instruments over time: piano, cello, Native American flute, electric bass, and now he's a DJ (old-school/vinyl records only). But he has chosen to follow the professional path of Visual Art, attending UNC Greensboro in the fall (Go Spartans!). In our home, Sebastian has witnessed the power that music has to help and to heal the mind, body and spirit...and he also knows about the many ways that music has contributed to the sustainability of our household, too. It's truly a gift to be able to lead by example and show Sebastian that choosing a career in the arts is a viable, rewarding path, beneficial to both his personal well-being and the communities where he will live and share his talents.

What challenges have you faced being both a musician and a mother?

I remember having a conversation with a prospective manager, and I don't even know if this was a legal thing for him to ask me, but he asked how old my son was, and told me that if he were "too young, that might affect your ability to work and be gone a lot". That right there told me that this was *not* the manager for me. For my entire professional career, I have seen my colleagues' children on stage, back stage, in the green room, at rehearsal, in the audience...and Sebastian has been right there with them. Sometimes he's the only one; sometimes he's chilling with all the other artists' kids. Yes, it requires more planning and scheduling to execute my career while also taking into consideration my child's schedule, but it's definitely not a prohibiting factor to my success or my ability to show up and be great. It actually adds to my ability to be great, if I'm being honest! 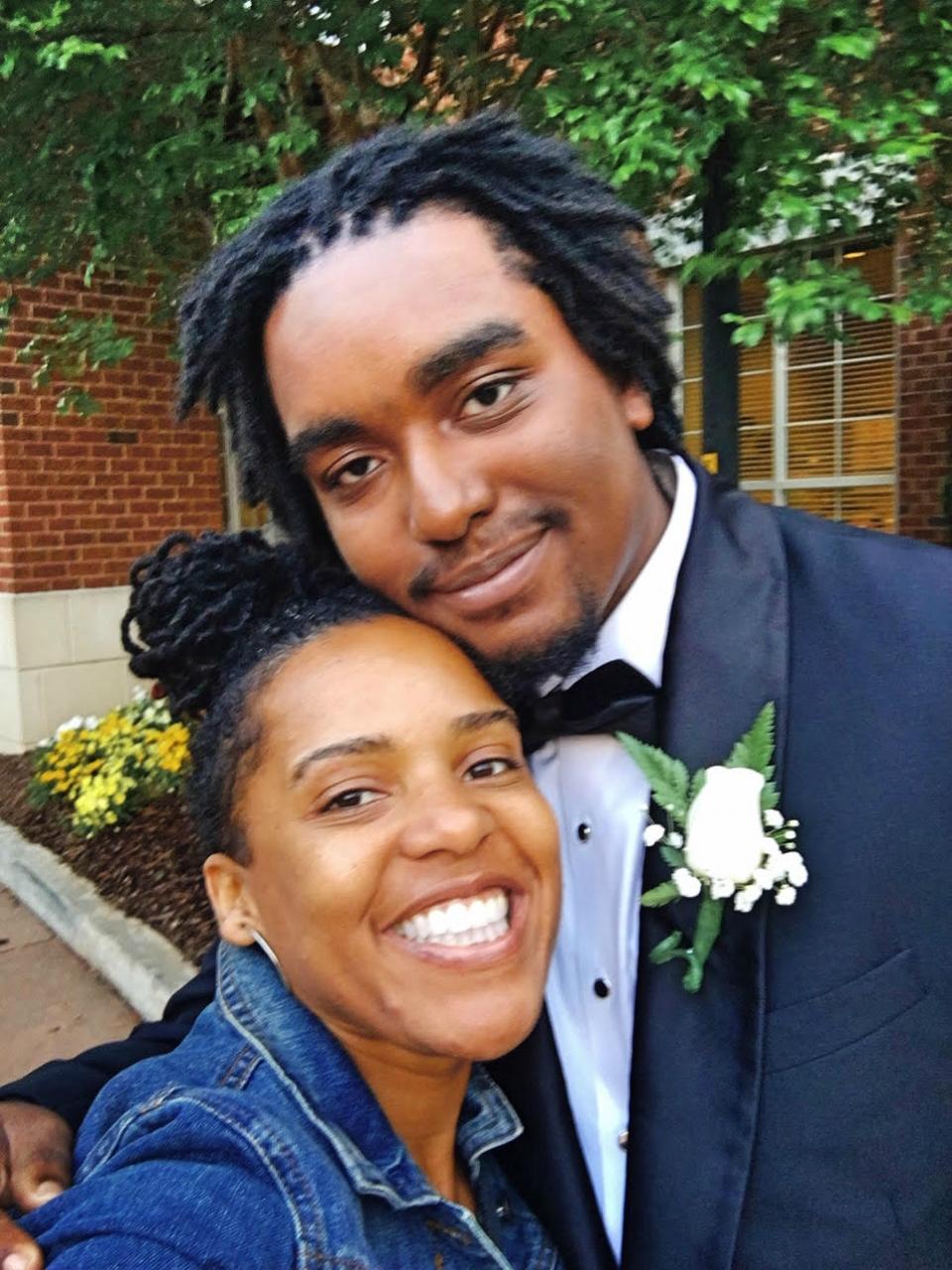 How does being a mother change the way you approach your music and your career?

When Sebastian was born up until he was about seven years old, I really couldn't figure out how to split my brain and my heart to accommodate both music and motherhood. Songwriting didn't come as easy to me as it did pre-motherhood; making time to practice or finding performance opportunities was not the priority it once was, certainly not in the shadow of nursing and naps and play dates and Marbles and dinosaur museums. But interestingly enough, the first song I wrote after five years of nothingness was a song called "Just A Moment," where I talk about finding Shana the Musician again, figuring out a way to give energy and light to her while effectively holding down Shana the Mom status. For me, it's about balance. Once I realized that it isn't necessarily either/or, it became easier to figure out how to balance both essential components of who I am: Mother and Musician. That realization thankfully filtered into other areas of my life and helped me to be able to say "yes" and "no" with more authenticity and, at least with the no's, less guilt. And those are yes/no choices for both career *and* motherhood, by the way!

What advice would you give young musicians who would like to one day also be mothers?

Mothers spend so much time nurturing and caring for others that we ofttimes lose sight of self-care. There's a whole lot of truth to the saying, “When Momma's not happy, nobody's happy!" Take time for yourself, listen to yourself, share your dreams with yourself, and be your own best advocate for the things that you need and want. Whether you're already a mom or a someday mom, remember to keep a sacred space in your heart and carve out space in your schedule and your life for Happiness...and make it your theme song, your main melody, your jam!

Lyrical storyteller. Soulful cellist. Dynamic singer-songwriter. That’s Shana Tucker. Her unique genre of ChamberSoul™ weaves together jazz, roots folk, acoustic pop, and a touch of R&B, into melodies that echo in your head for days. A Long Island native, Shana studied classical cello at Howard University in Washington, DC, where she dove into improvisational jazz and honed her singer-songwriting skills, and received her degree in Violoncello Performance from CUNY-Brooklyn College Conservatory of Music, where she studied with master cellist Marion Feldman. After Cirque du Soleil heard an NPR interview with Shana about her debut CD, SHiNE and her ChamberSoul style, they invited her to be cellist/vocalist for their show, KÀ in LasVegas, where she performed for five years before returning to North Carolina. A sought-after collaborator, Shana performs and records with legendary jazz saxophonist/composer Bennie Maupin, jazz drummer/composer Shirazette Tinnin, jazz flutist/composer Nicole Mitchell, and Grammy-nominated NuSoul collective The Foreign Exchange. Shana’s newest project, Women’s Work, is a female-led collective of jazz, soul, and pop singer-songwriters and musicians representing both east and west coasts. Shana is a recipient of two Nevada Arts Council grants, including the prestigious Artist Fellowship for her exemplary work as a Performing Artist. She serves on review panels and advisory committees for arts organizations across the country, including United Arts (Raleigh, NC), South Arts (Atlanta, GA), and Nevada Arts Council (Carson City, NV). A front-line advocate for arts education, Shana is an accomplished teaching artist as well, incorporating community engagement, workshops, and teaching residencies into her touring schedule. Working with students from Pre-Kindergarten through college and lifelong learners, Shana is a North Carolina A+ Schools Fellow and has been a teaching artist with Wolf Trap Institute for Early Learning Through the Arts since 2015. She is also a teaching artist with United Arts Council of Raleigh/Wake County (NC) and The Smith Center for Performing Arts in Las Vegas.