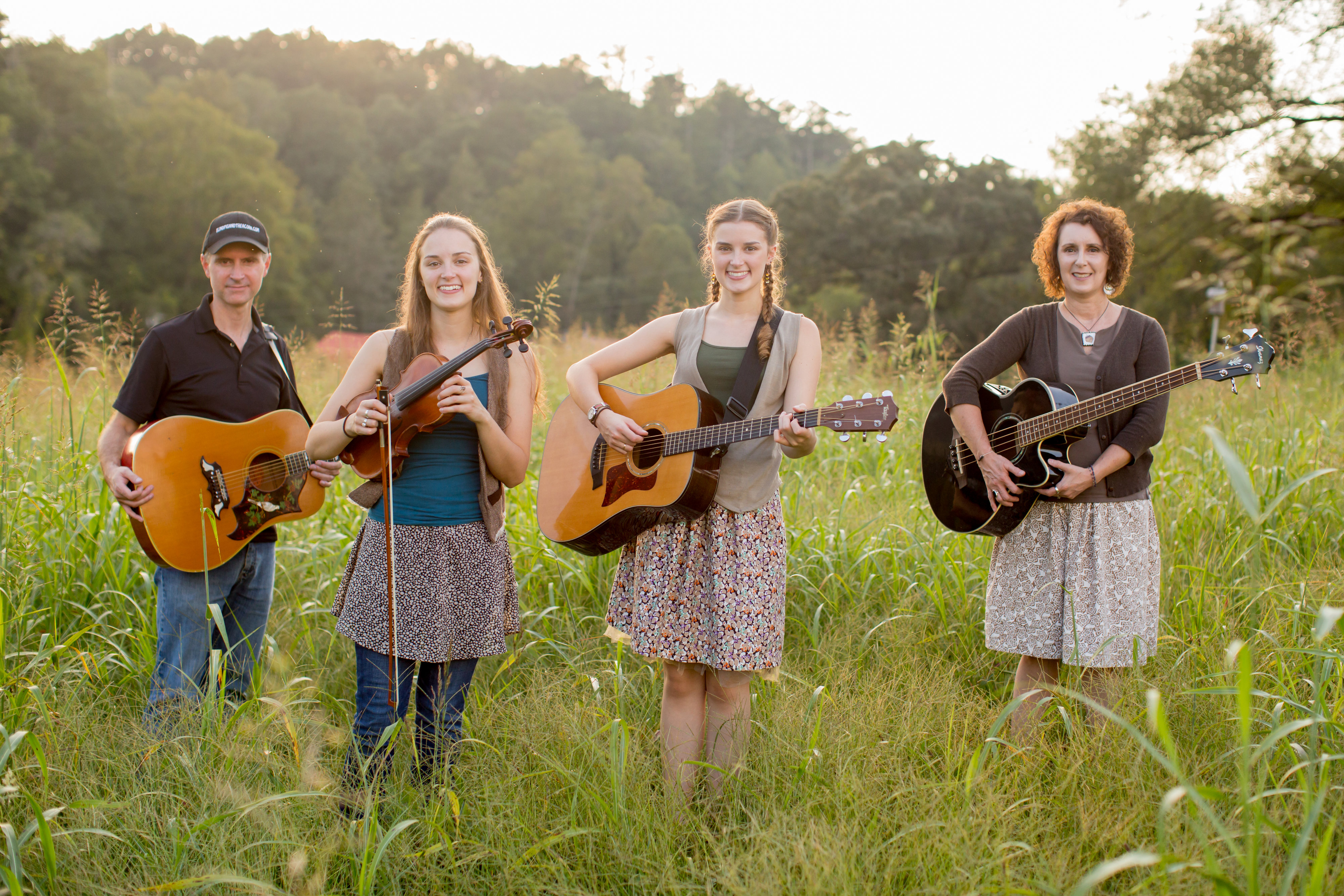 A Legacy of Traditional Music in Western North Carolina

Musicianer noun A musician, one who plays an instrument. "...1940 Simms Wiley Oakley, 34. Wiley [Oakley] is extremely fond of music. He feels certain that he would have "been a real musicianer" if musical instruments to play upon had been available in his young days.
“Musicianer.” Dictionary of Smoky Mountain English, 1st ed., The University of Tennessee Press, 2004, p. 405.

Unlike Wiley, there were a plethora of musical instruments around in my childhood days and better than that, there were people who knew how to play them.

The traditional music of Appalachia has been the soundtrack of my life in the mountains of North Carolina.

My earliest memories revolve around the art of making music. I was blessed to grow up in a family where it seemed someone was always pickin’ and grinnin’ in the kitchen. I often fell asleep to the sounds of guitars, mandolins, and high lonesome harmonies.

My father, Jerry Marshall Wilson, was one half of the famed Wilson Brothers who won the North Carolina Heritage Award from the North Carolina Arts Council in 1998. After the grandkids came along we begin to affectionately call him Pap.

Pap was also raised in the mountains of North Carolina surrounded by music. His grandmother Carrie Coleman Elliott Wilson played piano by ear. 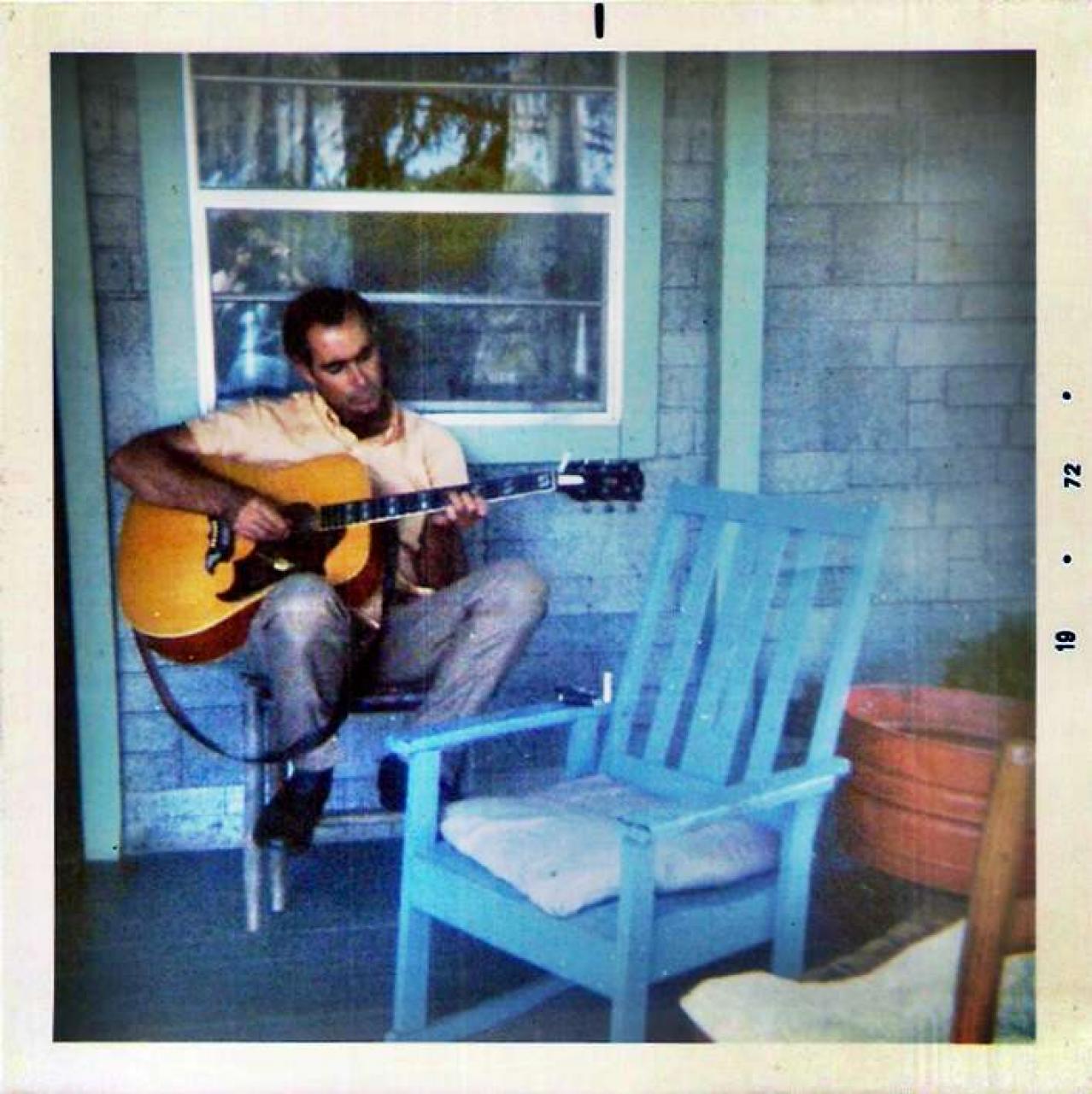 In the late 50s, Pap was drafted into the United States Marine Corp. He served with a boy from Churchill, Tennessee who had a guitar and liked to play and sing. He gave Pap a few lessons and taught him to play his first song “The Lonely Little Robin.”

After Pap was discharged and back home in the mountains of North Carolina he made an earnest effort to play music. He and his brother Ray began singing and performing as The Wilson Brothers in the classic brother duet style that was popular at the time.

The brothers performed as a gospel duet for about 40 years. They sang in countless churches and other venues. They had weekly programs on at least three different radio stations during their career. In 1973 they released their first album “Words of Life,” which was well received and is still played on the radio today. They made their last recording “Today, If You Will Hear His Voice” in the early 2000s.

Pap passed his great love of music on to his children and to his grandchildren. 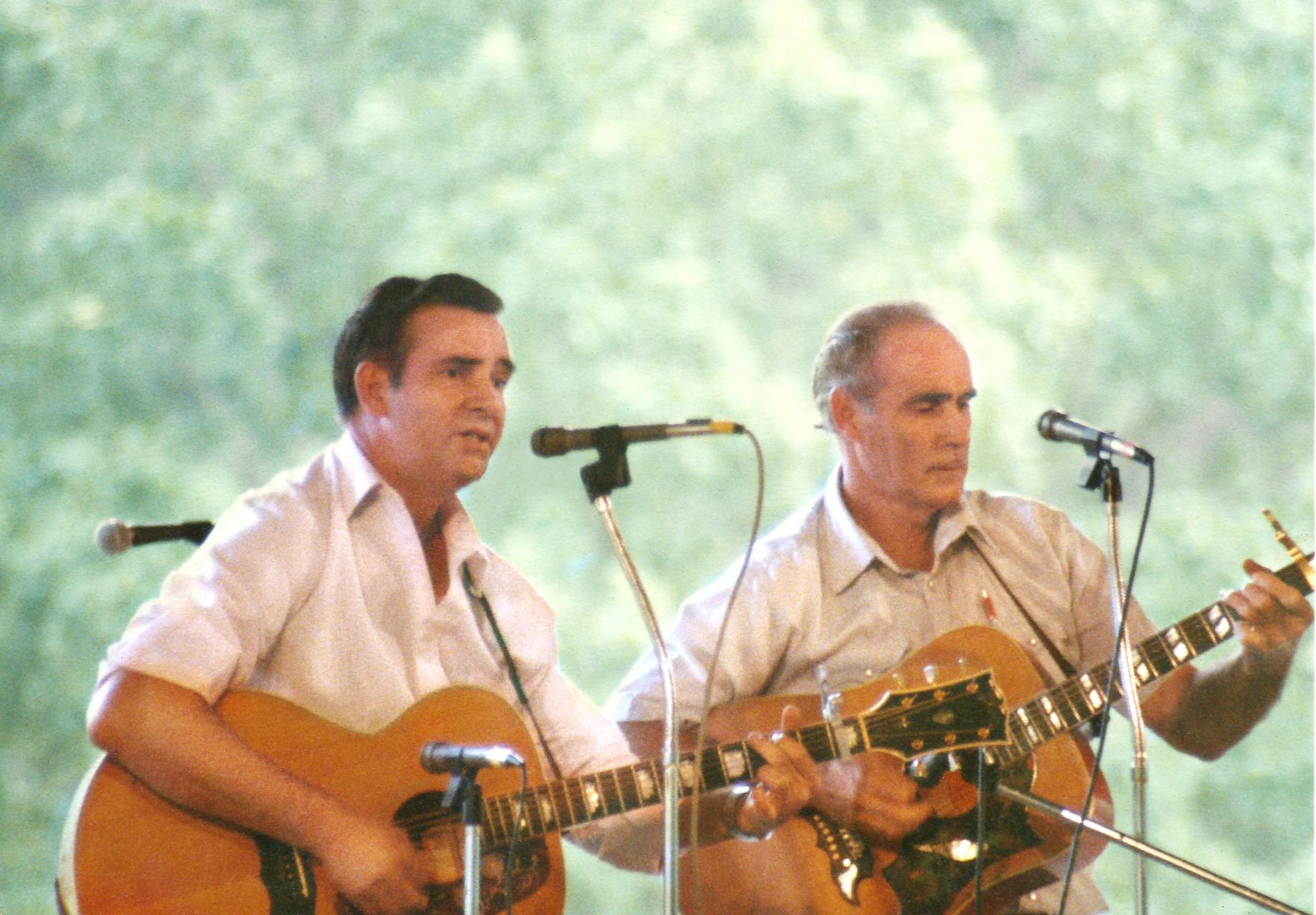 Ray and Jerry - The Wilson Brothers

For many years my brother Paul played lead guitar for The Wilson Brothers. I learned to play the acoustic bass as an adult. My daughters, Corie and Katie, started out singing with Pap in church and eventually picked up their own instrument and learned to sing harmony from Pap and Paul.

By late 2008 Pap was performing with Paul and myself. Once his grandchildren came of age they periodically joined them on stage. As time went swiftly by the younger generation took the lead with Corie and Katie stepping to the forefront while Pap, Paul, and I backed them up.

For many years we played as a group at churches, community centers, festivals, and other venues. During this time, as Pap’s health began to fail, we began calling ourselves The Pressley Girls.

In 2016 we lost Pap. It was a tremendous blow to our family, but we found great solace in playing the music he spent his life sharing with us. Singing the songs Pap wrote and sharing the traditional songs he taught us is beyond rewarding.

The art of making music is as common as eating supper in our family.

Corie and Katie joke they really didn’t have a choice in learning to play and sing traditional music because they were totally immersed in it from birth. The girls were just toddlers when a cousin said to me, “Do you know everywhere this family goes they take guitars with them? I mean it could be coming a tornado and someone would say ‘Did you get the guitars I think we’ve got time to sing one before it hits.’”

Although my cousin was being facetious, there is a certain amount of truth in his comment. The art of making music is as common as eating supper in our family. 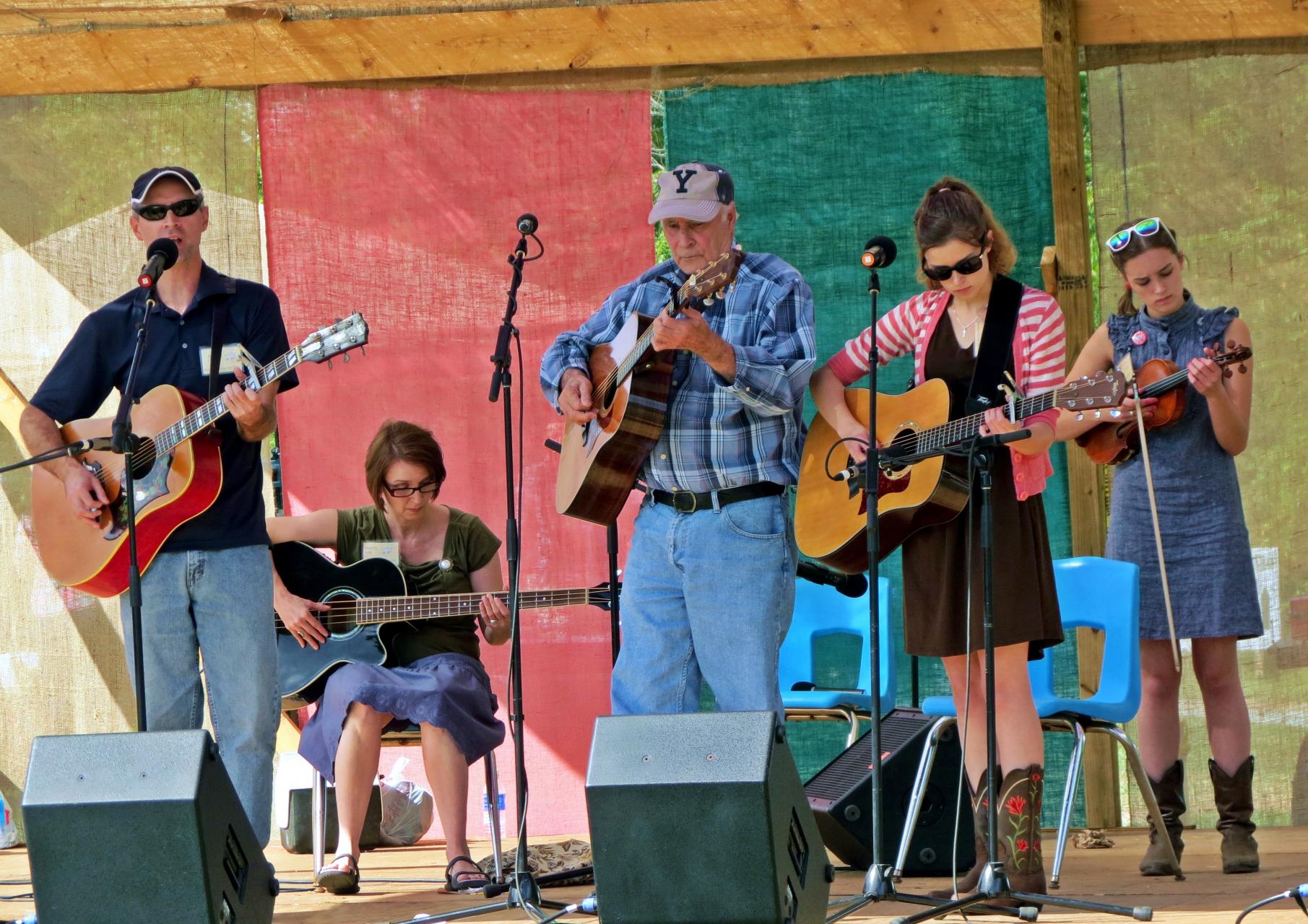 Corie and Katie have enjoyed traditional Appalachian music and folk dancing for their entire lives. The music they’ve made and the dances they’ve danced have made them a standout with older folks, but it never, not once, made them the cool kids at school.

It was only after Pap passed away that the girls fully realized what they’re doing is more than having fun. Every time they take the stage or sing around the family circle of guitars they are continuing the legacy of music which was laid before them when they were children sneaking from their bed to lay in the floor and be lulled to sleep by the sounds of guitars, mandolins, and high lonesome harmonies just like their momma was when she was a child. 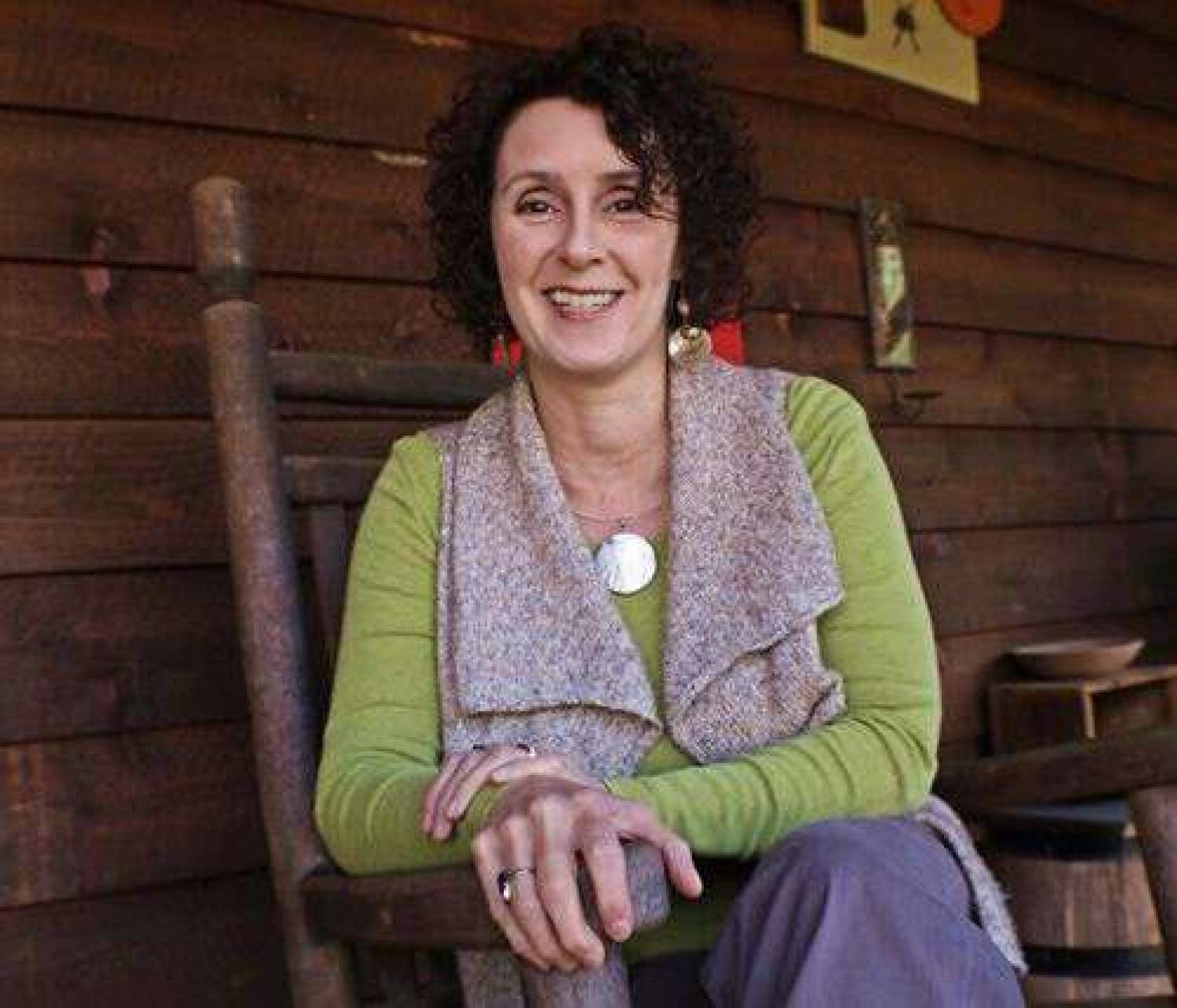 Tipper Pressley is the author of the popular blog, Blind Pig and the Acorn. Based in western North Carolina, the blog celebrates Appalachian heritage and culture. The blog is an effort of Pressley’s to shine a light on the cultural traditions to preserve and celebrate Western North Carolina’s legacy. You can hear more about The Pressley Girls at www.thepressleygirls.com