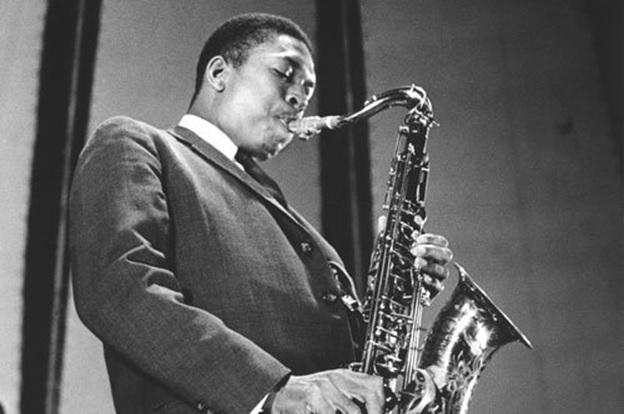 Jazz pioneer John Coltrane was born in the town of Hamlet in Richmond County and grew up an hour or so to the north in High Point where he spent the first 17 years of his life. He began playing saxophone in high school and now is considered one of the most influential tenor saxophone players in the history of jazz.

Shortly after publishing the biography John Coltrane: His Life and Music, Lewis Porter received a letter from a man who identified himself as a Coltrane. Only not, presumably, one related to the great jazz musician. His ancestors had been white farmers in North Carolina. “He said, ‘I’ve been looking into my family history,’” Porter recalled recently, “‘and I have here a bill of sale that could be interesting.’”

The bill, dated June 6, 1828, records the purchase of a slave, the faded scrollwork of the cursive still legible after all these years. “Abner Coltrain two hundred dollars in full consideration for a Negro boy named Handy,” it reads, using a variant, Coltrain, that was common at the time. The sale occurred in Fayetteville and was intended as a gift, or else conducted by proxy, since the receipt for Handy was signed by Jacob, Abner Coltrain’s father.

Porter was intrigued by the document, yet he doubted it had anything to do with John Coltrane. Coltrane was brought up in North Carolina, in the city of High Point, but “going back that far,” Porter told me, “there are going to be plenty of descendants, and plenty of people from North Carolina had slaves. It’s like, What are the chances?”