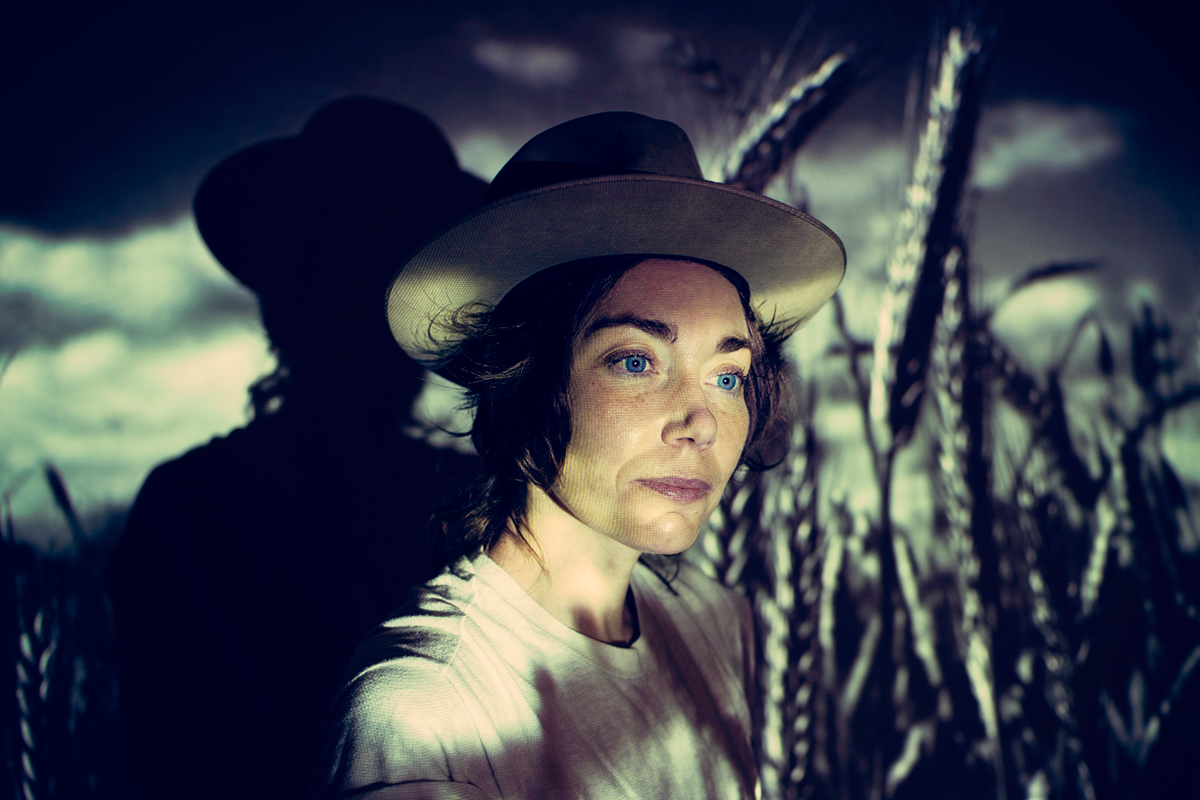 How H.C. McEntire Found Her Way Back to—and Now, Beyond— Country Music

Rural rivers and country songs have long crisscrossed the life of Durham singer-songwriter H.C. McEntire. They have become inextricably braided, like ivy vines around a live oak trunk or barbed wires across a weathered fence post.

McEntire grew up on a century-old family farm in the foothills of the Appalachian Mountains, in an unincorporated North Carolina hamlet called Green Creek, near where the branches of the gorge-cutting Green River tangle and turn into the Broad. She learned psalms and hymns, her earliest songs, at the nearby First Baptist Church, which her forebears cofounded in 1796, recruiting a Revolutionary War veteran to be its first pastor. McEntire frequented the farm’s workshop, too—a busy hub of cousins and uncles turning wrenches on cars and equipment. A country radio station blared constantly there—a fixture of the scene that seemed as permanent as the rolling hills rising around it.

“We didn’t get a lot of stations, but I reme­mber the first time I grabbed the radio tuner and started turning it. ‘Oh my God, what is this? There are other kinds of music?’” says McEntire. “I didn’t know there was anything else.”

But for the decade or so after McEntire left home, at the age of 17, becoming the first person in her family to attend college, country music may have been the last thing on her mind. Instead, while embracing post-punk and indie rock as she explored her identity as a queer woman in the South, McEntire became a fixture of the state’s musical landscape, her voice emerging as a powerful, vulnerable, and expressive instrument. McEntire rebelled against what she perceived as bastions of conservatism—that is, the gospel and country of her youth.

During the past three years, though, McEntire has reclaimed those sounds for herself. On her 2018 solo debut for Merge Records, “Lionheart,” she explored queerness in the Bible Belt by summoning a vernacular of Southern accents and pedal steels, gospel symbols, and ecclesiastic harmonies. The Washington Post dubbed her “one of the best new voices in country music,” joining a chorus that saw “Lionheart” as a subtle, subversive link in the genre’s rebellious chain.

The forthcoming “Eno Axis,” due from Merge August 21, continues down that path. Now, on the precipice of 40 and two decades into her career, McEntire has made a distinct record that starts near country but arrives alternately at Memphis soul, psychedelic rock, and incandescent pop. With a voice that can flex Pentecostal power or confide as if sharing a family secret, she sings love songs to the partner who “meet[s] me unafraid,” offers a hymn to her own quiet domestication, and seethes at systems of oppression and exploitation.

“On ‘Lionheart,’ I wanted to be elaborate, to cherry-pick musician friends who could throw down the licks I couldn’t. There was something to prove,” McEntire admits. “But ‘Eno Axis’ felt instinctual. This record is my country: nature, being in the garden, digging in the dirt.”

“Time, On Fire” is the debut single of McEntire’s new record ‘Eno Axis.”

McEntire’s journey away from the sounds of her youth and, ultimately, back to them is a saga of personal conflict that many queer Southerners know well.

She loves where she grew up, and beams as she talks about her homestead—stories of a mess of cousins, lovable miscreants who pepper the family tree, and Sunday lunches at her grandmother’s house. She reminisces about taping the Beach Boys off the radio and recalls crossing the nearby South Carolina border to buy her first CD at a mall—the grand adventures of childhood. A self-proclaimed tomboy, she devoted herself to soccer and basketball, but she was her high school’s homecoming queen, too.

Also during high school, though, McEntire began to wonder what else there was to the world. Writing poetry became a creative escape, helping her foster what she calls “having an open mind and feeling confident enough to question things.” She began to question her gender identity, pondering if there were more to her budding interest in androgyny than simply being the family’s female jock.

“I felt more like a boy who always hung out with boys and had crushes on girls,” she says. But unpacking those feelings back then and there would have caused problems. It needed to wait.

“I didn’t grow up frustrated, small-town blue, you know?” she says. “But I knew I needed a certain kind of space and change, that there was a need to expand.”

McEntire found that first in Wilmington and then Chapel Hill, particularly through local music scenes that, as a mountain kid in Green Creek, she never could have imagined. During her first year at the University of North Carolina-Wilmington, she opened the wrong classroom door and found a meeting for the student-run radio station, the now-defunct WLOZ 89.1 FM. She stayed and was hooked, taken both by the music the station favored—like Elliott Smith and Sleater-Kinney—and by the city’s aspirational creative community. She began playing guitar and writing songs that year, eventually forming the post-punk duo Bellafea.

She brought Bellafea with her to Chapel Hill after graduating, in 2003. Lured 150 miles northwest by a coveted publishing job at Algonquin Books and the vaunted indie rock scene she’d learned about as a student, McEntire quickly became an integral part of that local music community. She worked at record stores and venues and played constantly.

But the tension built into Bellafea slowly uncoiled, evidenced by some of their later songs and by McEntire’s eventual transition to the roots-rock band Mount Moriah. She says now that punk had physically drained her; she needed space to ease into songs and stories. As Bellafea wound down, McEntire began to lead Mount Moriah alongside the incisive guitarist Jenks Miller, steadily embracing the Southern grace and grit of her voice.

Mount Moriah released three full-length albums: a bristling self-titled debut on a label she and Miller cofounded, plus two LPs on Merge. They toured heavily, at least until Miller decided he didn’t want life on the road to become his entire life. As they slowed, McEntire remembers Miller saying her voice was bigger than Mount Moriah, and that she should apply it to the sort of country they’d spent years circumnavigating.

Kathleen Hanna agreed. The cofounder of the foundational riot grrrl bands Bikini Kill and Le Tigre, Hanna became an inspiration for McEntire not long after she discovered indie rock as a coastal college kid. When Hanna saw McEntire play a solo set more than a decade later, she encouraged her to make a solo country record, to indulge that childhood spirit. She helped McEntire sort through demos, offered advice and criticism, and served as a de facto producer for what became “Lionheart.”

“I didn’t have the confidence to do it on my own,” McEntire says of the collaboration. “And making a record so full and layered and with so many guests was my way of not being alone.”

In many ways, “Lionheart” was the record McEntire had spent all her life unwittingly preparing: it is an intimate expression of self, set to sounds that were her native tongue. “Eno Axis,” in contrast, seemed to rush out of her, written largely during the second half of last year in the throes of new love.

“Final Bow” looks at the entertainment industry and at the way it peddles emotional trauma for profit.

In July 2019, McEntire asked an acquaintance on a first date. They fell for one another fast. For McEntire, it felt like a life raft. She’d spent years on the road with Angel Olsen and endured a difficult breakup. She’d written and recorded “Lionheart” and had to reckon with it publicly. She was simply worn out.

“It’s the first time I fell in silly love, like a teenager. There was a lot of joy and magic,” says McEntire. “It had been easier, before this record, to write when I was distraught. But this time, I was falling in love, reconnecting with spirituality, acknowledging gratitude. It was a complete shift.”

As the words arrived, McEntire started rehearsing with her band twice a week, hoping to give the songs shape while the feelings remained fresh. She had labored over “Lionheart,” even re-recording large chunks of it at Hanna’s behest. But she says “Eno Axis”—recorded at the Kernersville studio Fidelitorium—just seemed to arrive in the room, as if on a breeze. Most of McEntire’s vocals are first takes, demos she thought she would replace.

“Everything about this record had an ease to it,” she says.

“Eno Axis” is a testament to solidarity with oneself and rootedness in place. Over gentle organ and feather-weight percussion, McEntire offers scenes of her domestic life in Durham in the opener, “Hands for the Harvest,” expressing contentment with the small joys that surround her. “High Rise”—a rock anthem built with banjo and gilded with slide guitar—is a declaration of love and an acknowledgment of the liberation it can supply. The album ends with a cover of Led Zeppelin’s “Houses of the Holy," the lines stretched between guitar and church organ. “Let the music be your master,” she sings with the gusto of gospel. “Will you heed the master’s call?”

These love songs serve as permission slips for McEntire to ask tough questions. In “One Eye Open,” she directs her gaze to the hard heritage of her native land, where people pray one moment and proudly stand beneath the Confederate flag the next. “Final Bow” looks at the entertainment industry and at the way it peddles emotional trauma for profit. The song sounds sweet, but the wisdom it shares is wrought from decades of experience and of gathering the confidence to speak up.

“Eno Axis” takes its name from another notable North Carolina river: the Eno. McEntire has lived alongside it for six years now, in another aging farmhouse. She says she thinks about buying the house someday, and maybe making it home forever. For now, it’s a suitable spot for her return to the sounds and landscapes that shaped her voice in the first place. 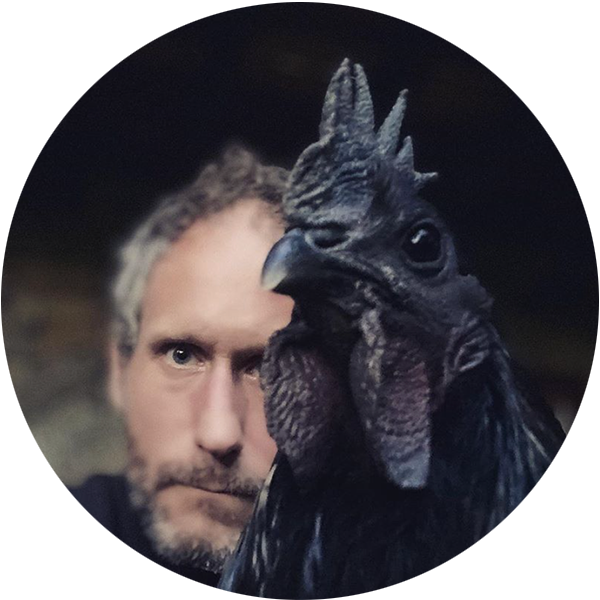 Grayson Haver Currin is a native of Harnett County, North Carolina. He has written about music for a living since 2005, when he became an editor at The Independent Weekly, where he worked until 2016. He has since become a regular contributor to The New York Times, NPR, Pitchfork, The Washington Post, Rolling Stone, The Guardian, No Depression, and Bandcamp. He and his wife, Tina, live in the mountains of North Carolina with too many pets and four black chickens.