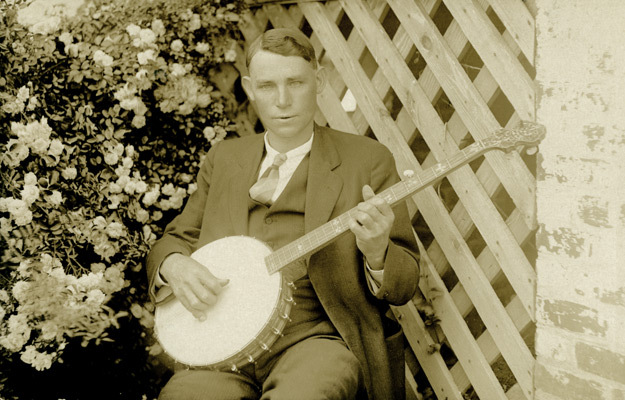 On March 22, 1892, Charlie Poole, banjoist extraordinaire and founder of the old–time music pioneers known as the North Carolina Ramblers, was born in Randolph County.

At an early age Poole moved to Spray (now Eden in Rockingham County) and, over the course of his short life, achieved near-legendary status. Although he died in 1931, before reaching age 40, his star continues to rise to this day.

Partnering with two neighbors, Poole made some of the first known country music records. His high-pitched vocal style was a hit. The Ramblers’ fan base extended from the Piedmont cotton mills all across the nation. Music historian Bill Malone concluded that

Poole had smashed his right hand in a childhood baseball accident, leaving his fingers curled and leading him to favor a three-finger banjo picking style. Stories about his drinking, rambling, and carousing are widespread. His style of living prefigured that of Hank Williams a generation later.

In recent years re-releases of his works, featuring songs such as “Can I Sleep in Your Barn Tonight, Mister” and “Don’t Let Your Deal Go Down” have reached new audiences.

This post comes from the Department of Natural and Cultural Resources On This Day project.