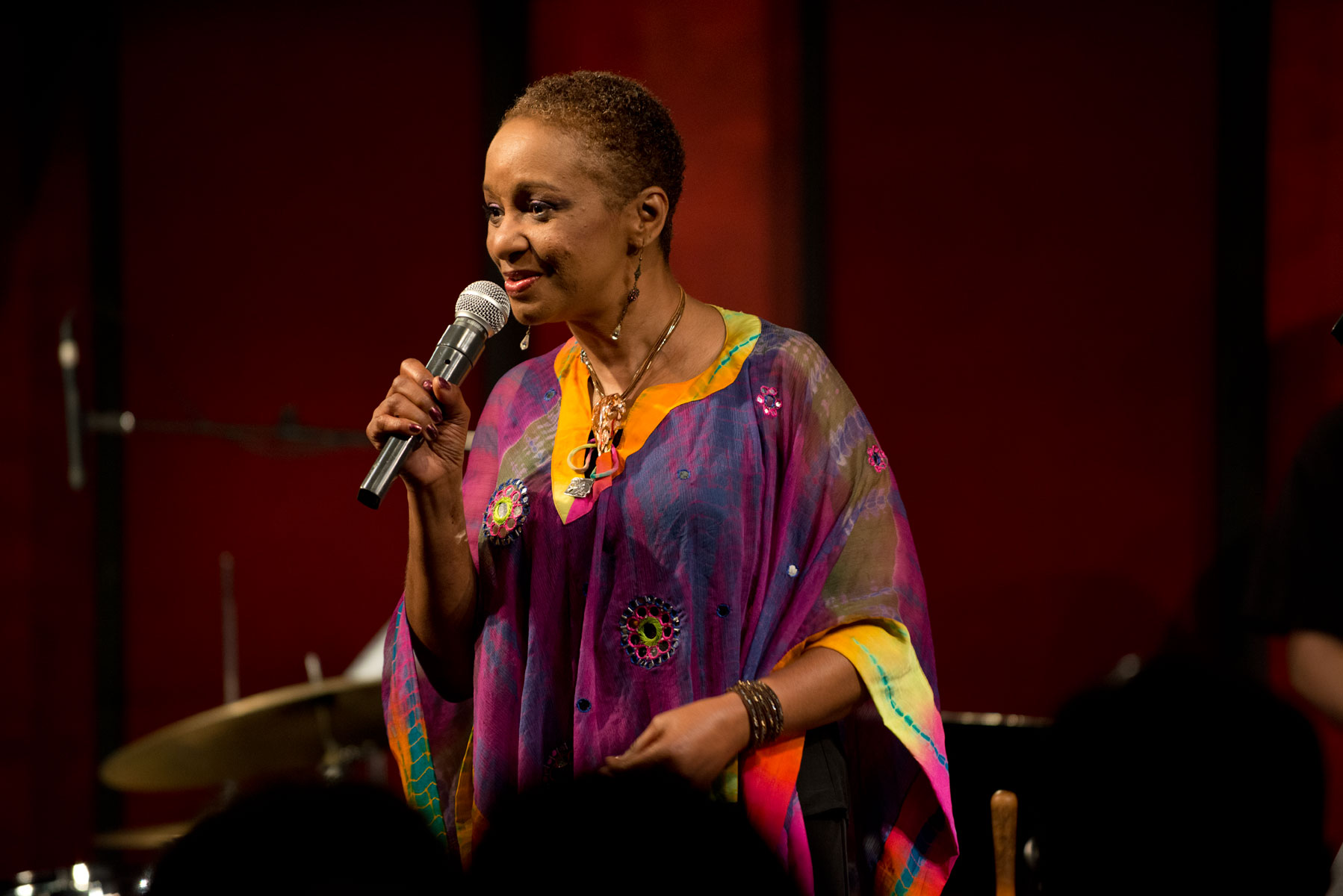 The General Jackson, a modern-day replica of the flat-bottomed steamers of the nineteenth century, has been paddling the waters of Tennessee’s Cumberland River since 1985.

It’s a showboat, conceived as an amenity for Opryland USA, the music-rich theme park that defined Nashville tourism from the 1970s to the 1990s. The General Jackson isn’t as luxurious as it once was, but every night in the late 1980s, more than a thousand patrons embarked for upscale entertainment: jazz and cocktails followed by dinner and a full variety floor show.

Here’s where you want to imagine Connye Florance as a young singer, dancer, and actress in her early years as a Nashvillian. She’d recently graduated from the University of North Carolina at Greensboro and landed in the city after a run around the South on the dinner theater circuit. The G-Jack, as they called it, was a good gig, where Connye worked with a crew of like-minded young professionals in a seven-nights-a-week production with full choreography, costumes, and lights. After a while, though, she turned her ear to the jazz groups that played familiar standards before the floor show.

“I would go hide in the pit and watch,” she remembers. “I would sing the songs to myself, trying to get a real jazz sense of how I would sing the song. I tried to learn how to be more flexible in my listening and presenting of the material. On Broadway, it goes the same way every night. It was exciting to [imagine being] freed up from that.” 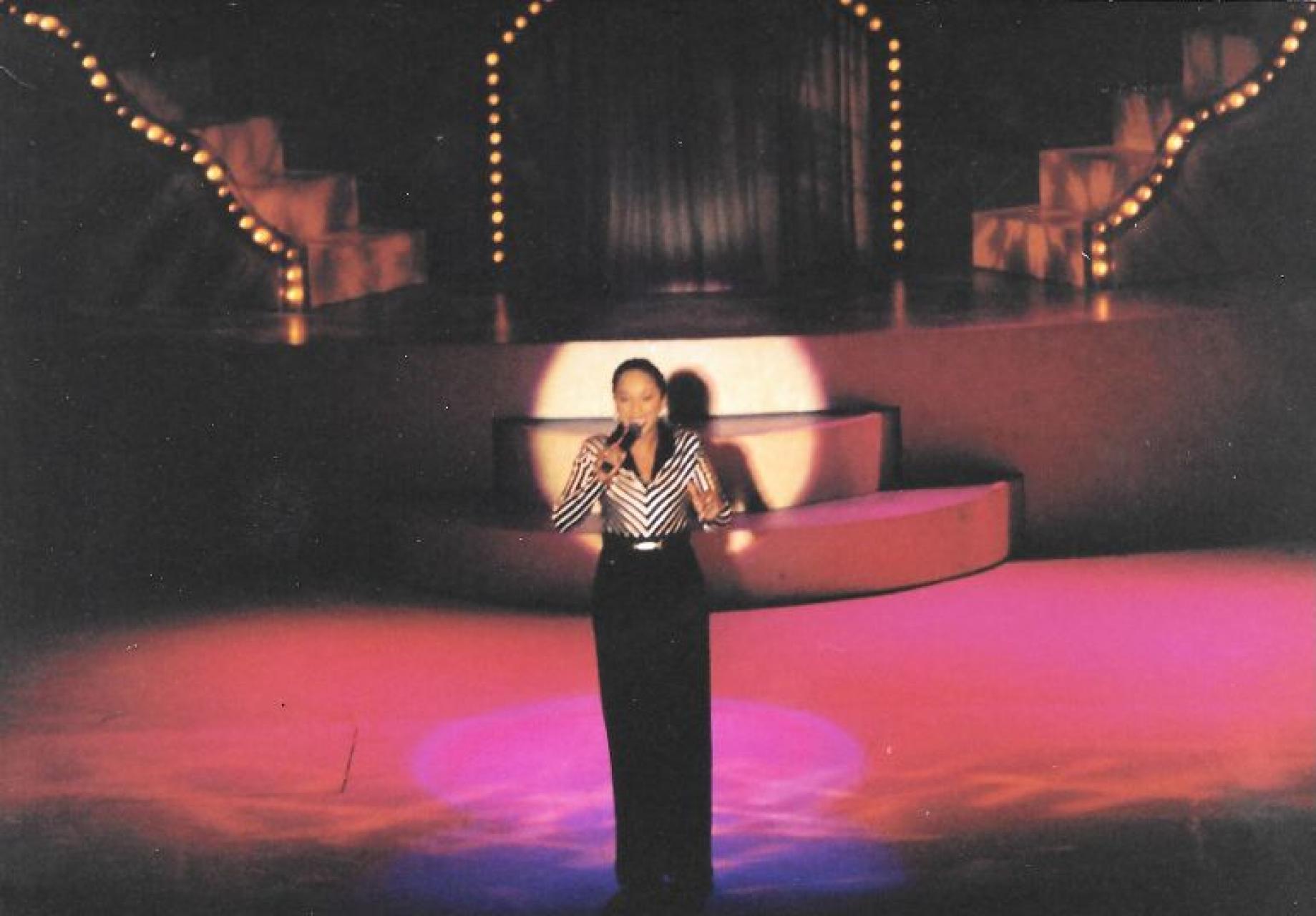 Connye Florance performed on The General Jackson in the late 1980s

Homing in on a vision of singing as a forum for personal and musical freedom defined her next decades, as Florance became one of the most admired jazz artists in Tennessee. Music City has always been more diverse than its country image, and the music scene from the 1920s on has been a proving ground and a magnet for musicians of the highest level. Jazz has long been on Nashville airwaves and in Nashville clubs and nightspots. Florance, besides being an artful interpreter of song and a songwriter herself, has embodied the story of the genre as an educator and performer. Her one-woman show, Jazz Rhapsody, has been a hit in and out of her home base.

“She’s a very gifted singer, as well as an actress,” says Lori Mechem, cofounder and executive director of the Nashville Jazz Workshop. She’s known Florance for more than thirty years. “Because of her acting background, she’s a superior performer. She knows how to communicate to the audience. She’s well-loved in this town. She has a great fan base and she has contributed to the jazz scene for many years.”

Connye was the youngest of five children in a Greensboro home where music mattered. Her father was a piano player who spent time with alto sax star Lou Donaldson (also born in North Carolina) and who played professionally as much as he could while raising a family. Her older sisters studied opera and classical music, as did Connye for a time. “It wasn’t really a question in my family,” she says. “Music was what you do, and it’s of value to everyone, and it was particularly of value to my mother. We sang all the time.”

In Connye’s early teens, her mother took her to see her brother perform in Jesus Christ Superstar, which planted a seed that sprouted later, when she was in high school. “I was not aiming for the theatrical stage,” she says. Then, one day, she followed a girlfriend into an audition for a play. “And [the director] would not let me leave without auditioning. And I’ve been on the stage ever since that day. I guess he saw something, and I’m glad he did.”

At UNC-G, Florance earned a degree in speech, public communication, and theater and spent part of her senior year acting in Godspell at the local Barn Dinner Theater. The South’s dinner-and-show network became a big part of her living and life for the next few years, and she had stints in Roanoke, V.A., Asheville, and Naples, F.L. Upon arriving in Nashville, she performed at Chaffin’s Barn, a quaint dinner theater that is still in business today. 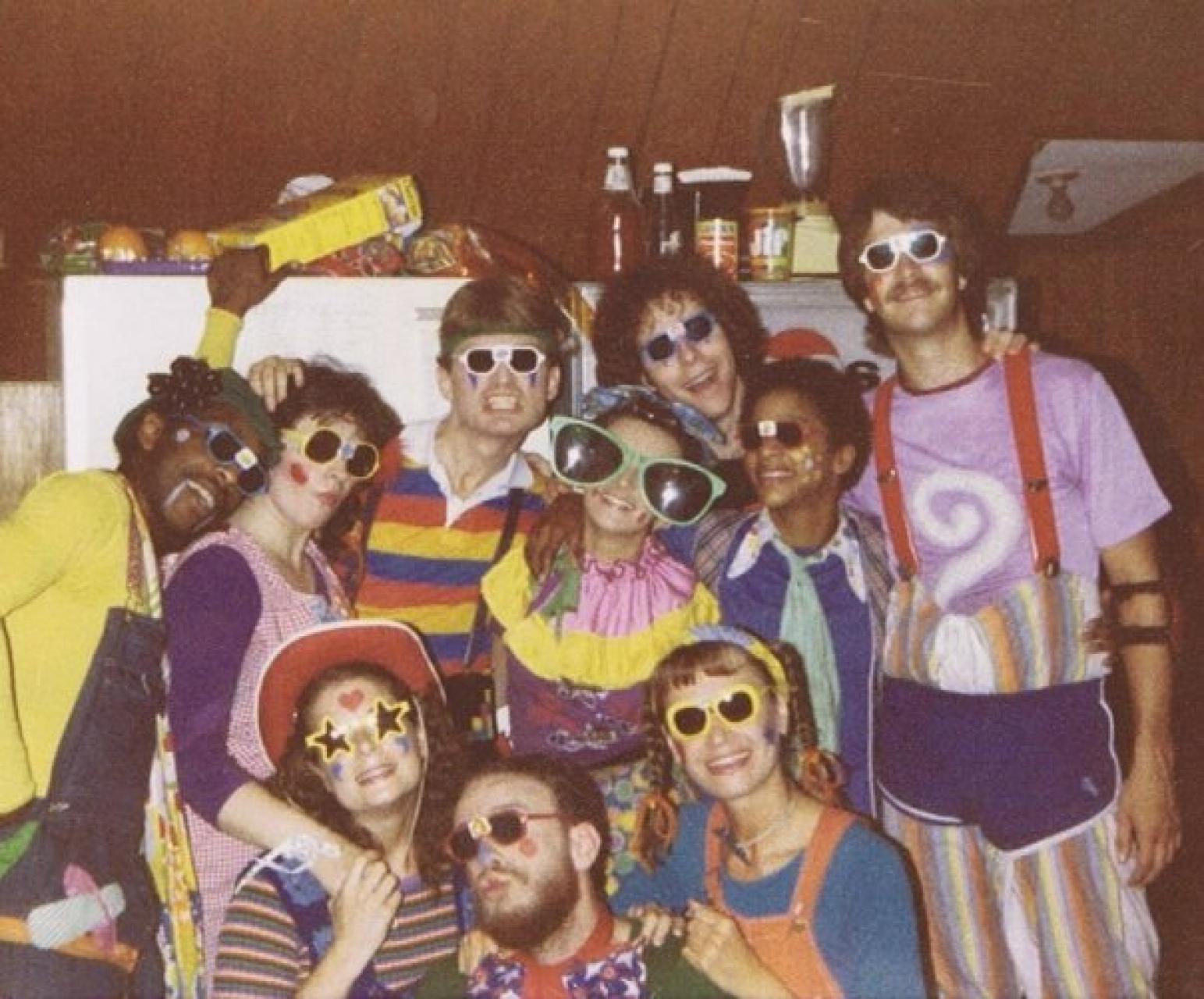 At UNC-Greensboro, Florance spent part of her senior year acting in Godspell at the local Barn Dinner Theater. She's pictured here with the cast, second from the left.

She might have moved on again, but the G-Jack job looked like a way to work in one place and settle. She worked shows there for six years during a robust era in Nashville tourism and show production. Opryland, run by Gaylord Entertainment Corporation, was styled as a kind of Disney of the South, anchored by country music and a vaguely antebellum aesthetic. The showboat was an overwhelmingly white environment, but Connye had been raised to make the best of being cast for years as the lone black woman in almost every job she had.

“I came up in the first wave of integration,” Florance says. “My mother made sure I was among the first of the children to go get an ice-cream cone at the Woolworth’s counter, in 1964.”

Greensboro was a nexus of the civil rights movement, home to lunch-counter sit-ins in 1960 that spread across the South. Connye says her mother instructed her to deal with the tokenism she’d encounter in life this way: “She told me when I was in the sixth grade, ‘Honey, they’re not going to have but one. It might as well be you.’”

Whether it was show producers not wanting black and white actors embracing on stage or passing over people of color for private corporate shows, the artist brushed the racism aside and did her work. “Overall, it was kind of like the rest of America. It was no big deal. It was what I was raised to be aware of and maneuver through,” Florance recalls.

The camaraderie of the cast of young creators was inspiring, though. Nashville is the kind of place where such relationships become a network of professional and personal friends that lasts a lifetime. Like so many artists before and after her, Florance fell under the spell of Music City and never left. Before long, she met a jazz pianist and arranger named Kevin Madill. They played for some years, then dated and married, and he’s been her main accompanist ever since. In the 1990s, singing solo became her focus.

“I started missing just plain old singing, without all the costumes and the choreography and the changes,” says Florance. So while she continued to act in shows for the fast-growing Tennessee Repertory Theater, more of her evenings were devoted to singing straight-ahead jazz in Music City’s few but convivial jazz-friendly venues: Mere Bulles, Merchant’s, the Blue Wind, J. C.’s, and F. Scott’s. Over time, Nashville came to depend on her for a flavor of musical interpretation far afield from the Grand Ole Opry’s mainstream product. Besides her shows, Connye’s voice singing jingles was all over Tennessee television and radio, as well. In 2000, the Jazz Discovery program of the Black Entertainment Television (BET) flew her to Washington, D.C., to celebrate her as that network’s Jazz Vocalist of the Year.

Connye’s singing isn’t admired just for her impeccable timing and her buttery timbre. Her background in theater shines through as she manages the connection between the story told in every lyric with her audience’s attention and posture. “As an actor, you have to connect with the audience and stay in the box of the play. If you don’t connect with the audience, they’re not getting the message. So for me, jazz was about connecting and allowing them to know it,” she says. “My work as an actor is what I use to pull them out of themselves while I’m singing and pull them into what’s happening now, as opposed to what they’re worried about. And I do think of that as an acting technique more than a singer’s technique.”

Florance says she’s a live musician who never emphasized recording, but she did make two albums close together around the end of the millennium. Turn My Heart, in 1999, was a self-released record of standards and originals. The next one came out of what she calls “the strangest thing that happened in my life.” Leon Russell, the mysterious piano-playing Rock and Roll Hall of Famer, heard Connye sing and declared her voice a marriage of “velvet and wine.” To make a long, complicated story short, she and her husband collaborated with Russell as songwriters and producers to make the R&B-tinged album Connye Florance. Both projects were well received; they’re hard-to-find rarities today.

Besides theater and jazz singing, the third component of Florance’s career and legacy is her work as an educator. She’s taught theater and voice to students privately at several local universities and in workshops at the Tennessee Performing Arts Center. The Nashville Jazz Workshop has benefited from Florance’s contributions more than perhaps any other institution, and it granted her its Heritage Award in 2013. As she does on stage, in the classroom she emphasizes connection. “As a teacher, I began to notice that a lot of singers have no idea what they're singing about,” she told me. “Thus, there is no story being told, just notes on words. No real communication with your audience. No dialogue with your musicians.” 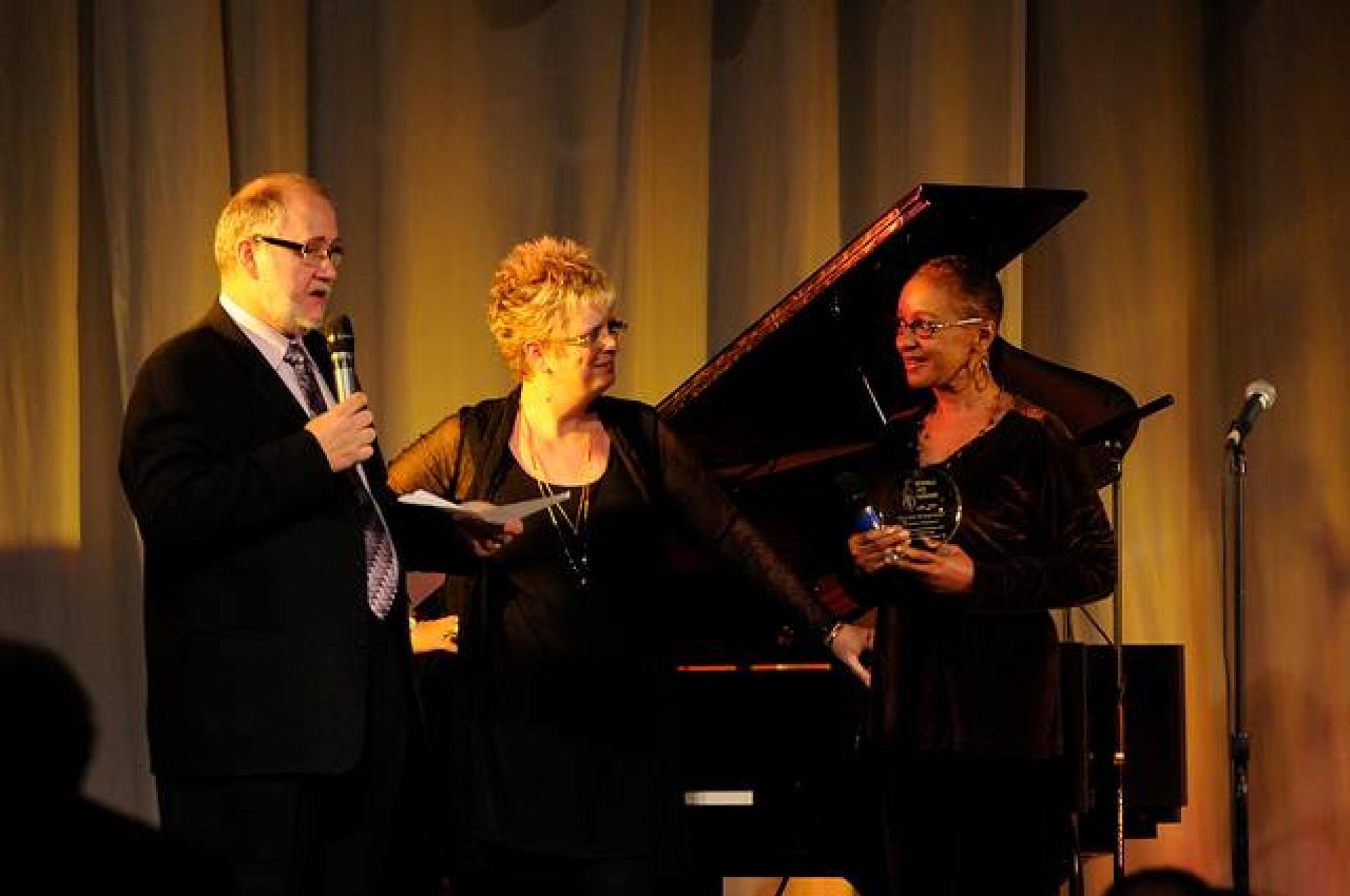 The Jazz Workshop’s Lori Mechem says she’s seen this in Florance for decades. “She really digs deep with the students and gets them inside the song,” she tells me. That means investigating every phrase, even to the point of writing journal entries about the stories being told. It means imparting meaning through the final word and taking the audience on a clear journey. “It’s kind of cool, and Connye can do that. You always know when you see a singer whether they have some background in theater. You can feel it.”

All the aspects and chapters of Connye Florance’s Nashville career come together in her one-woman show, Jazz Rhapsody: A Southern Songbird’s Tribute to the Legacy of Jazz. She worked with Madill to build a ninety-minute experience that blends cabaret with a historic mission. With a simple stage featuring an antique radio, a floor lamp, and a chaise longue, Florance enters to evocations of African drums and flutes. “Jazz come up from the fields, up through the darkness, racin’, moanin’, moving with the rhythms of the toms and the sounds of freedom,” she intones, setting a scene and a context for what’s to come. She wrote five of the songs with her husband. Others are jazz standards, designed to tell a sweeping story: “In A Sentimental Mood,” “Lover, Come Back to Me,” and “I’ve Got It Bad (and That Ain’t Good)” among them. With a live band behind her, the singer is able to inhabit the songs in the spirit of their time, when the refinement and insight and power of the evolving music made a stark contrast with the social and legal standing of those who created it. She’s taken the show to various venues around the country, and it’s been her primary focus since 2005, she says.

“Kevin tells me my epitaph will be ‘Jazz Rhapsody or Bust’ because I’ve been working on it so long,” she says. “But it is a very spiritual show for me. And it’s the only story I have to tell. I could tell a bunch of sad stories that people don’t really want to hear. But the jazz story is the one for me that has the most overt impact on my life and on a lot of other people’s lives, whether they know it or not.” 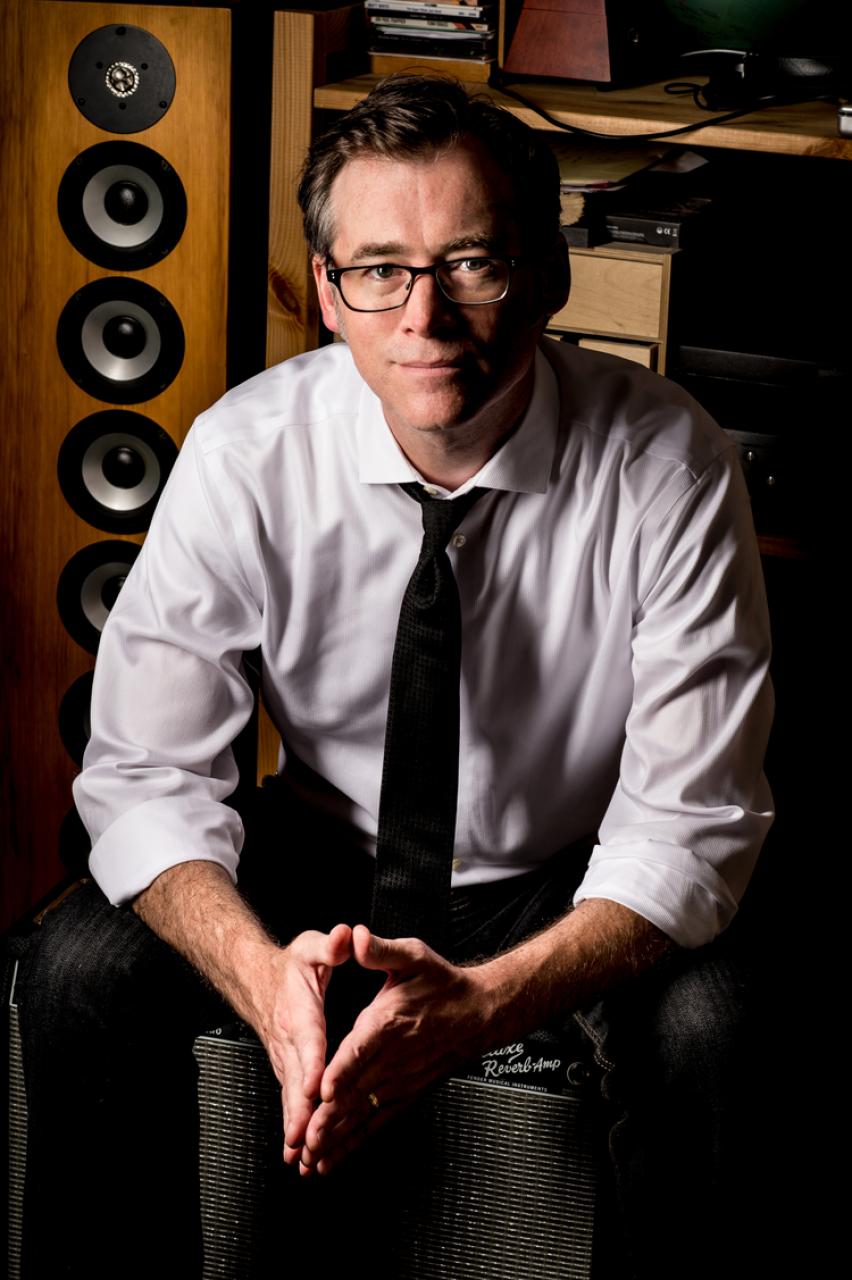 Craig Havighurst is the music news producer at WMOT Roots Radio in Nashville and host of its interview show The String.