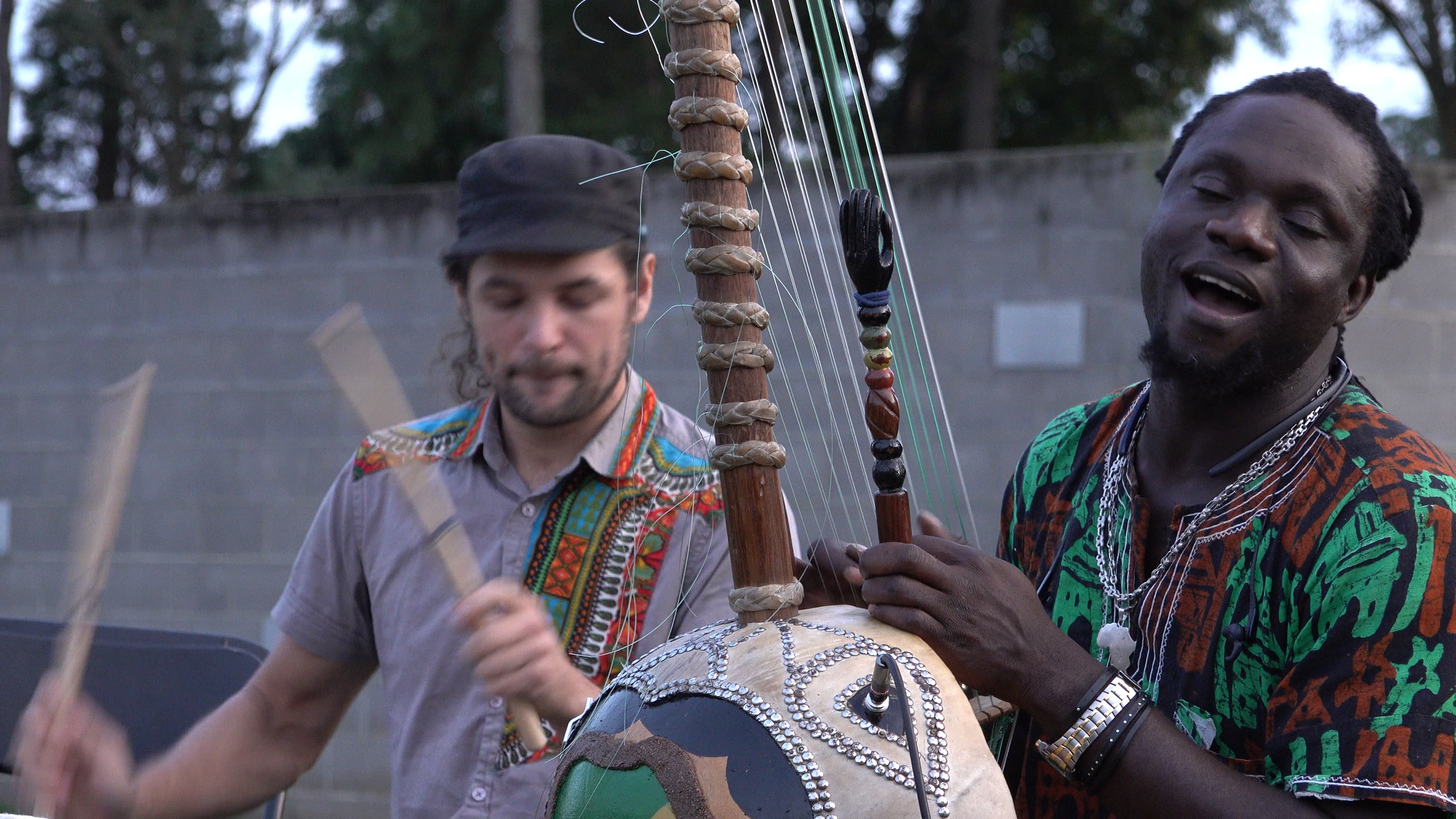 Diali Keba Cissokho describes performing with his band, Kaira Ba, like cooking delicious food: “The sound check is the smell, and the eating is when we play.”

Born in Mbour, Senegal, Cissokho hails from a long line of Manding griots, or jalis. In West Africa, griots have served as historians, praise singers, advisors, and storytellers, carrying generations of tradition and culture. It was Cissokho’s family who inspired him to take up the kora, a twenty-one-stringed African instrument made from gourd, cow skin, and fishing line. His grandfather was famed korist Lalo Keba Drame, who toured internationally in the 1960s. Some describe the instrument’s sound as a mix of harp and banjo, a delicate balance of sweetness and twang.

Love led Cissokho to immigrate to the United States in 2010 after meeting his wife Hilary, a native of Pittsboro, N.C., where the couple currently live with their son. After landing in the Piedmont, he formed Kaira Ba with several local musicians. His wife introduced him to fellow Pittsboro native and guitarist John Westmoreland, along with drummer Austin McCall of Jonathan Byrd and the Pickup Cowboys. McCall then invited percussionist Will Ridenour and bassist Jonathan Henderson, and together they created Kaira Ba's unique sound. Combining the traditions of West Africa with a Southern American seasoning, the band includes influences from rock and roll to salsa. Cissokho has also formed a musical friendship with mandolin virtuoso and North Carolina Heritage Award Recipient Tony Williamson, who recently joined Kaira Ba for a performance at the Center Botanical Garden in Kernersville.

Cissokho has fully embraced his new home state, and hopes to bring positivity, equality, and community to North Carolina through music. Judging by the spontaneous dancing and cheering that happens at Kaira Ba shows, he seems to be meeting his goal.