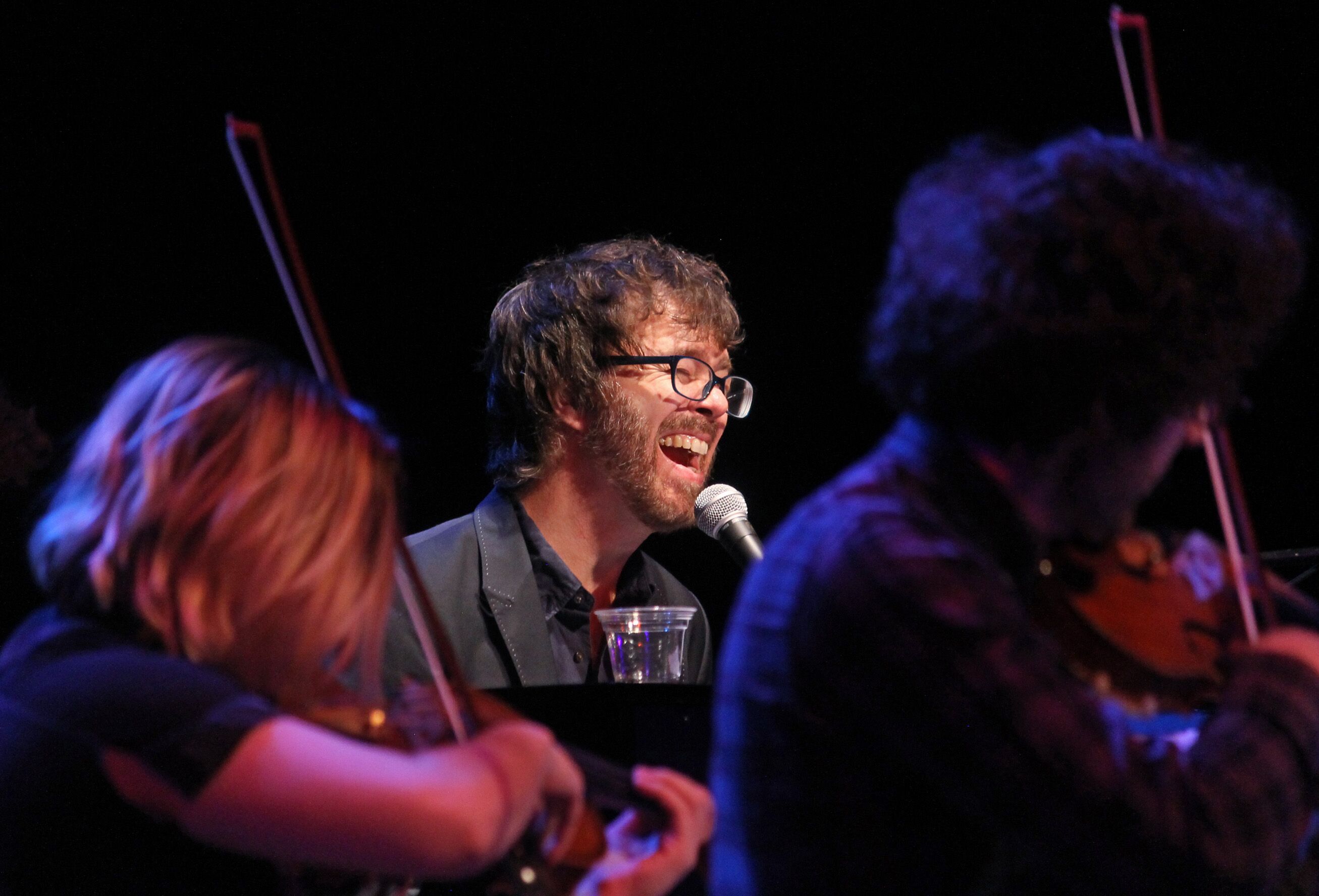 Carolina Calling: The Photography of Daniel Coston, a new exhibition showcasing North Carolina musicians, will be on display Sept. 21 through Dec. 31 at the Earl Scruggs Center in Shelby. The exhibition is supported in part by Come Hear North Carolina.

The exhibition features 39 photographs and moments documented by renowned music photographer Daniel Coston throughout his career, taking live concert shots and posed sessions with musicians for their album covers, websites, and promotional materials.

Visitors to the exhibition, named after the television series, “Carolina Calling” hosted by Arthur Smith and filmed at WTVI Studios in Charlotte, will have an opportunity to see iconic images of artists such as Earl Scruggs, Doc Watson, Carolina Chocolate Drops, Mandolin Orange, Anthony Hamilton, Link Wray, and many more. The photographs were taken from 1998 to as recently as this year.

North Carolina musicians featured in this exhibit represent many parts of the state and a wide variety of musical genres. Each photograph is accompanied by a description and story about the moment, written by Coston, providing a glimpse into his experience taking the photo or his thoughts about the artist.

Coston has lived in Charlotte, N.C., since 1983 and began documenting musicians in North Carolina and across the world in 1995. His work has been featured in many major publications, on television, in documentaries, and various exhibitions. Coston has worked with artists such as the Avett Brothers, Johnny Cash, Maurice Williams, Carolina Chocolate Drops, and many, many more.

Earlier this year, Coston was featured in the documentary Live from the Double Door Inn about the legendary Charlotte music venue, available on PBS and UNC-TV. His work has been on display at the Charlotte Museum of History and the North Carolina Music Hall of Fame. Coston’s work with Johnny Cash will be featured in the book accompanying Ken Burns’ upcoming documentary “Country Music.”

A variety of special events are planned for opening day, Sat., Sept. 21 at the Earl Scruggs Center. Come Hear NC will host a discussion panel about the musical heritage and future of the North Carolina music scene at 1 p.m., followed by a meet and greet with Daniel Coston and other panelists. The event is open to the public. Later in the evening, the Earl Scruggs Center will host a Carolina CallingVIP reception featuring remarks from Daniel Coston, Come Hear NC, and a special presentation by David Holt’s State of Music.

The Earl Scruggs Center is located at 103 S. Lafayette St., in Shelby Tuesday through Saturday from 10 a.m. to 4 p.m. with extended hours on Wednesdays until 6 pm.  For more information visit:  www.earlscruggscenter.org.

Excerpts from the exhiit can be found below: 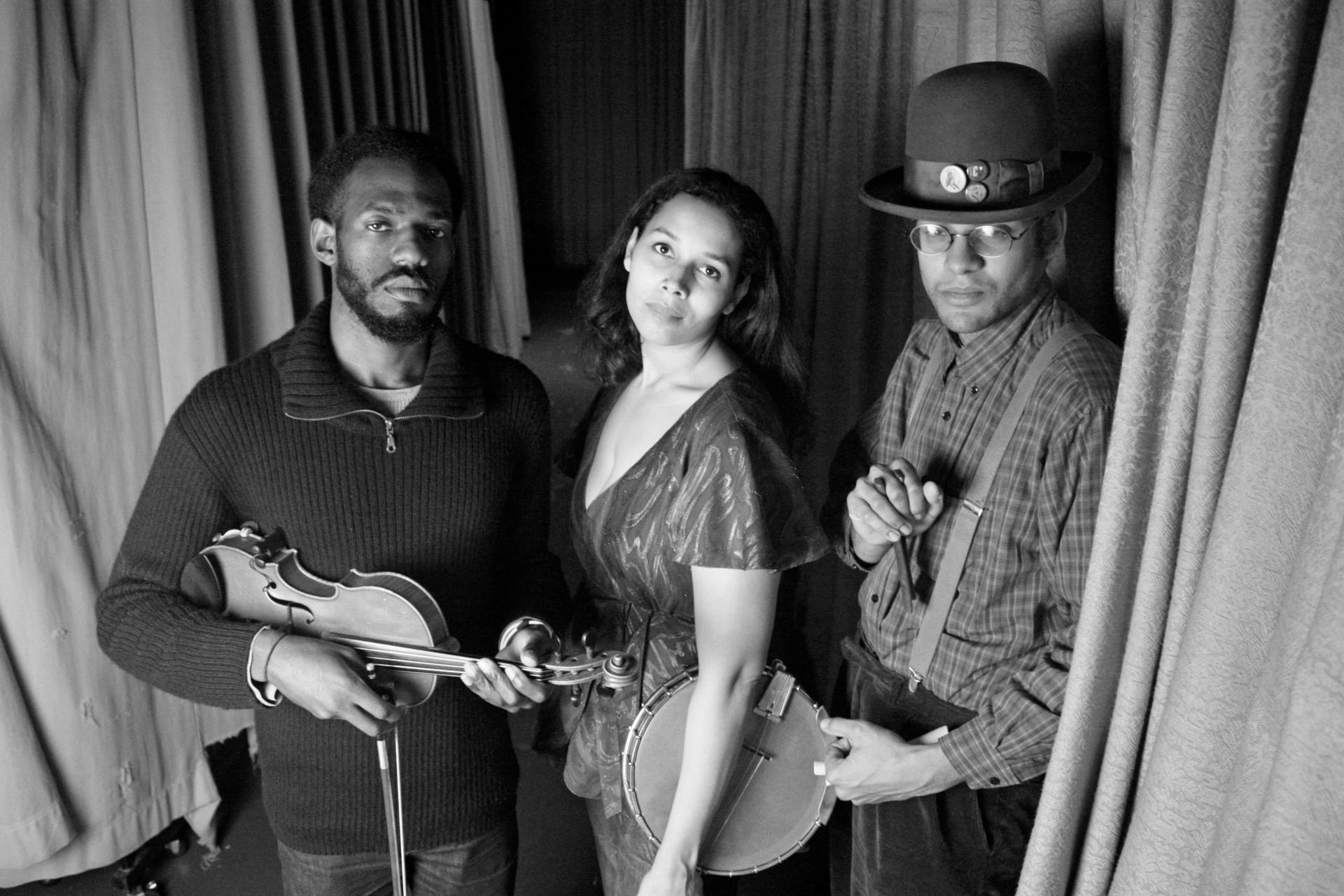 From the first time I met them in 2006, I knew that the Carolina Chocolate Drops were special – the music, the people, and their approach to the history of the music. It was all there from the start. This was from my last photo session with their original lineup. Every subsequent lineup of the Drops had its own qualities and challenged me to try different visual ideas. For years, it seemed like we would take some photos, and then one of the members would leave the band, making the shoot outdated. But thankfully, the photos are still there, capturing a moment before it all changed again. 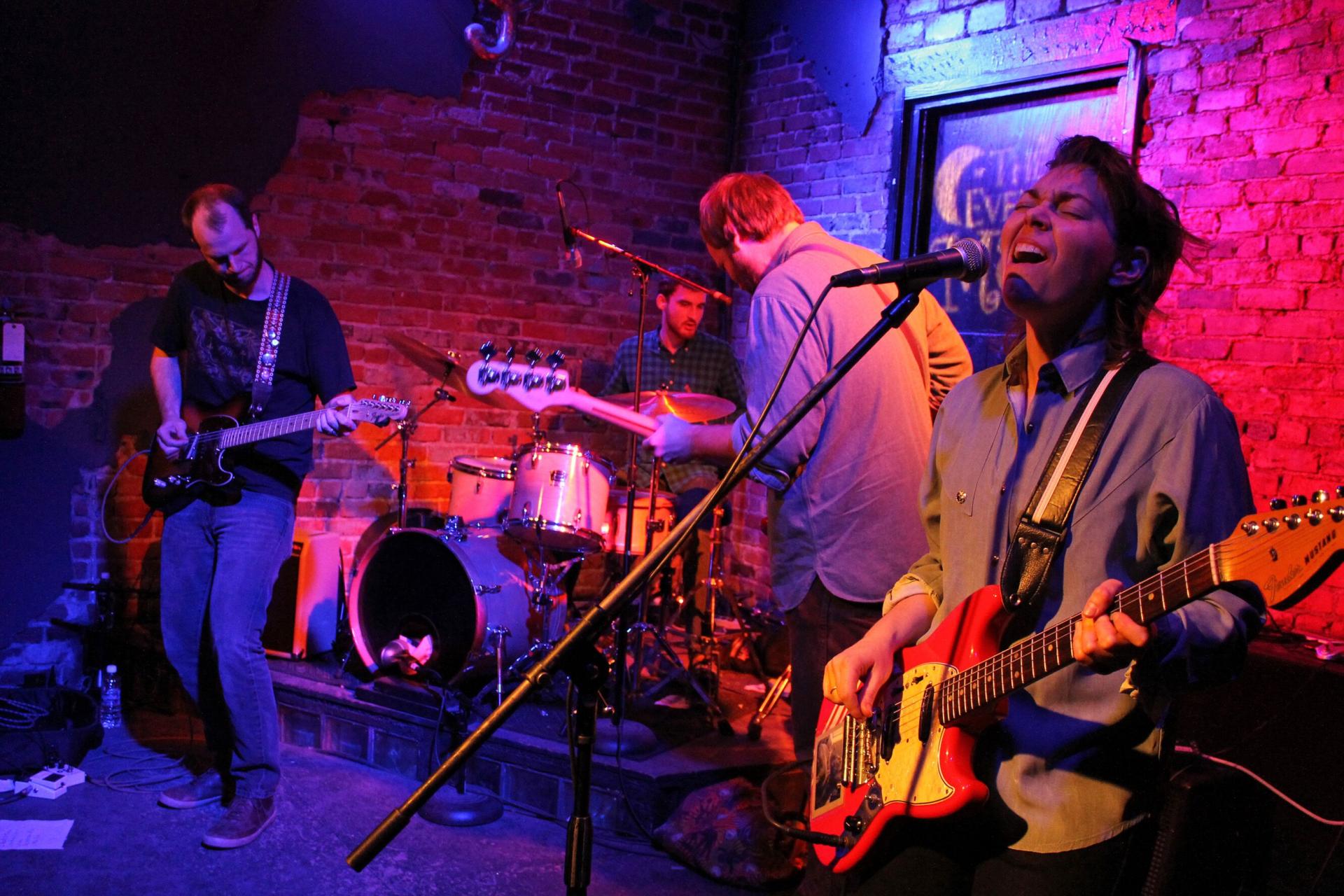 Having a record label like Merge Records in North Carolina means so much for musicians and listeners statewide. The Merge label has introduced me to so many great North Carolina-based musicians who live and play throughout the state. Mount Moriah is from Durham, N.C., and has been part of an amazing wave of new artists coming from the Triangle area. New music – and especially great new music – is always worth the discovery. 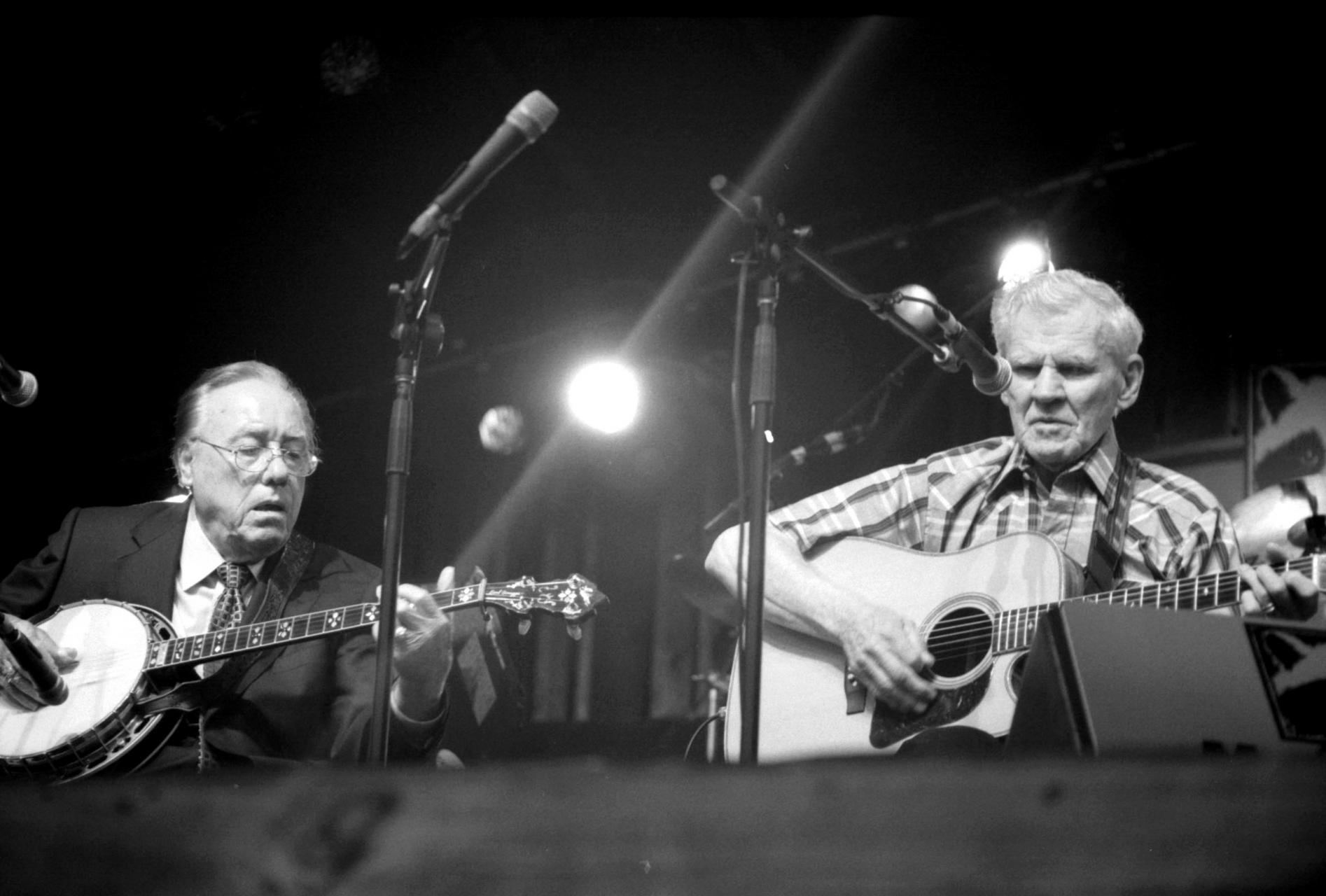 This festival brought Doc and Earl onstage to play two songs together, and my heart stopped. You couldn’t see them if you were standing in front of the stage, due to the large monitors that blocked most photographers’ views. So, I ran back into the crowd, finding a spot far enough back to get a good view of these legends. If you were there, I might have momentarily blocked your view during this part of the show (sorry about that). 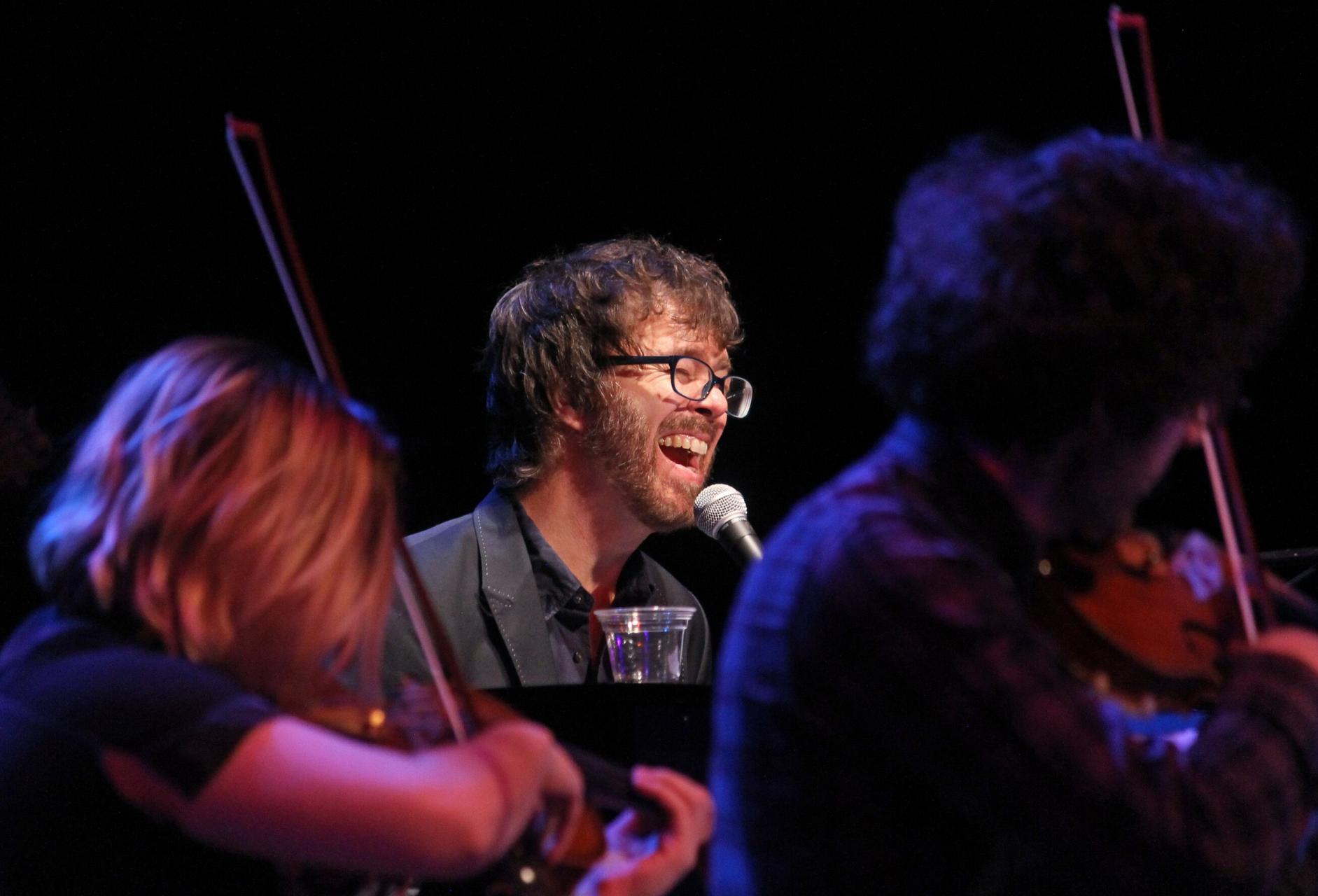 I first saw Ben in 1998 with his band, Ben Folds Five. He and that band helped to reintroduce the music of North Carolina to a new audience in the 1990s. He continues to change what people listen to by exploring different possibilities through the genres and musicians with whom he works - Daniel Coston