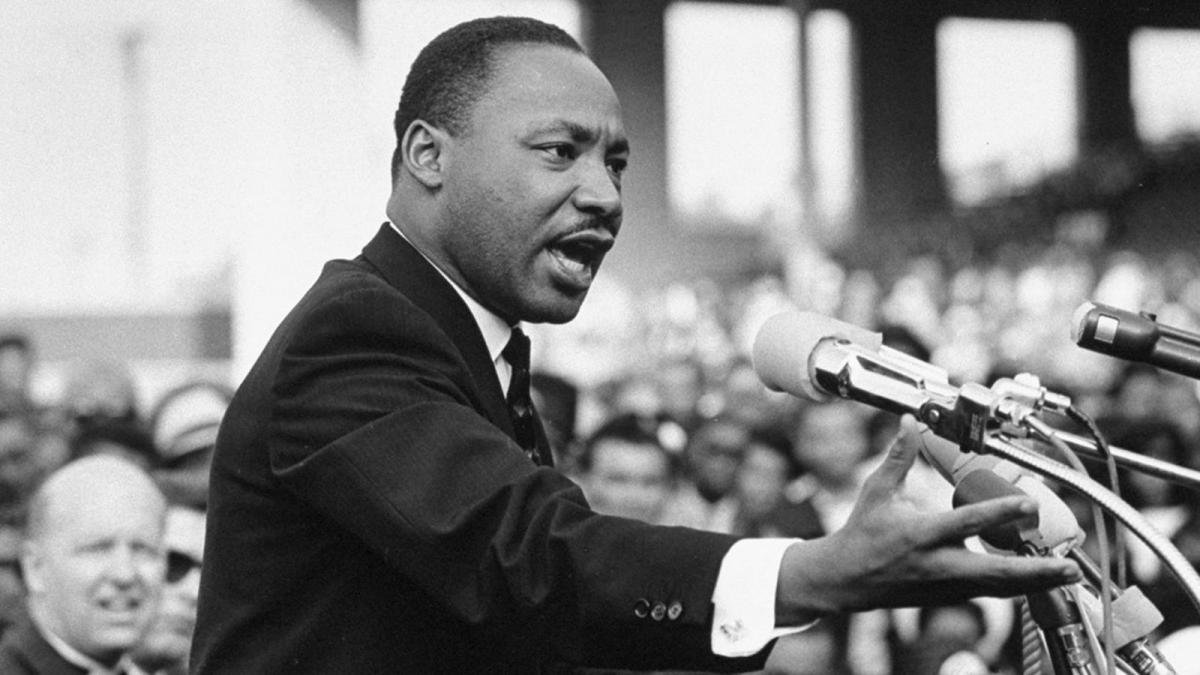 Where Do We Go From Here? A look back at Nina Simone's tribute to Dr. Martin Luther King, Jr.

Dr. Martin Luther King Jr. was assassinated on April 4, 1968, in Memphis, Tennessee, leaving the country in a state of shock, mourning, and confusion. Three days later, Nina Simone performed at the Westbury Music Fair, in Westbury, New York, accompanied by her brother, Samuel Wayman, on organ; bassist Gene Taylor; guitarist Rudy Stevenson; and drummer Buck Clarke. There she premiered a new song by Taylor—“Why? (The King of Love Is Dead)”—that raised questions on the minds of people everywhere: why did this happen and where do we go from here?

Delivered in Simone’s signature alto, the nearly 13-minute performance was recorded and released with the rest of her set that night on the 1968 live album “‘Nuff Said.” On the album we hear Simone, near the end of her tribute to the fallen civil rights leader, delivering an off-the-cuff sermon to the attentive crowd. She reflects on other prominent Black figures lost in recent years: “Lorraine Hansberry left us, Langston Hughes left us, [John] Coltrane left us, Otis Redding left us.” Vamped jazz chords accompany her speech as she asks the audience not only to think on the loss but also to celebrate the titans who remain. “[Thelonious] Monk, Miles [Davis]. . .” A crowd member shouts “Nina!” and is met with raucous applause. Near tears, she advises those listening to “protect those that we love. Stand by them, stay close to them. . . We can’t afford any more loss.” And then she sings the song’s final refrain:

He had seen the mountain top
And he knew he could not stop
Always living with the threat of death ahead
Folks you’d better stop and think
For we’re almost to the brink
What will happen now that the King of love is dead?

More than 50 years later, the teachings of Dr. King and the response to his unjust killing remain relevant. As in 1968, we witnessed in June 2020 a rapid national outpouring of art that captured the rage, anguish, and calls for justice felt by so many after the tragic deaths of George Floyd and Breonna Taylor. Across North Carolina, artists created new work that documented violence against Black Americans and declared Black Lives Matter. The North Carolina Black Artists for Liberation, a collective of Black artists and arts workers in our state, went further, calling for systemic change in the arts sector and issuing a set of specific demands to change diversity and equity practices in the arts field. 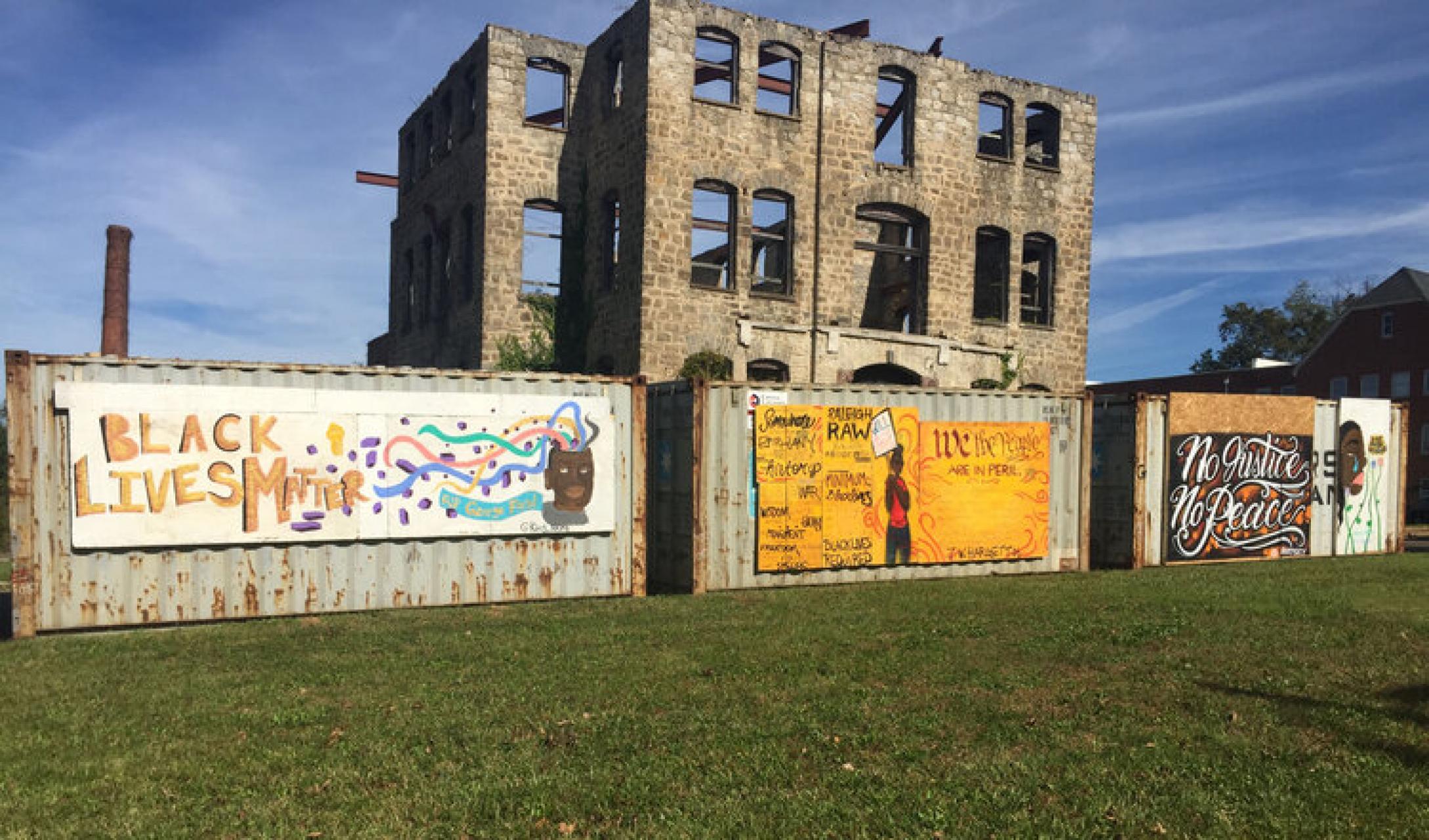 The year before he was assassinated, Dr. King gave a sermon at Mt. Zion Baptist Church in Cincinnati. In the sermon, which was recorded and released as “A Knock at Midnight,” Dr. King speaks about the violence, oppression, and injustice laid bare in the 1960s and calls on religious leaders and communities to meet the moment:

“If the church does not participate actively in the struggle for peace and for economic and racial justice, it will forfeit the loyalty of millions and cause men everywhere to say that it has atrophied its will. But if the church will free itself from the shackles of a deadening status quo, and, recovering its great historic mission, will speak and act fearlessly and insistently in terms of justice and peace, it will enkindle the imagination of mankind and fire the souls of men, imbuing them with a glowing and ardent love for truth, justice, and peace.”

This message translates to our time and to the work of the North Carolina Arts Council. This agency believes that the arts have the power to deepen our understanding of the world. We believe that the arts help us recognize, examine, and address the important issues of our time. We believe that the arts—in the words of Dr. King—have the power to “enkindle the imagination of mankind and fire the souls of men, imbuing them with a glowing and ardent love for truth, justice, and peace.”

With the fight for racial equity far from over, a pandemic still raging, and a political sphere that remains tumultuous, we recognize that the time to meet the moment is now. 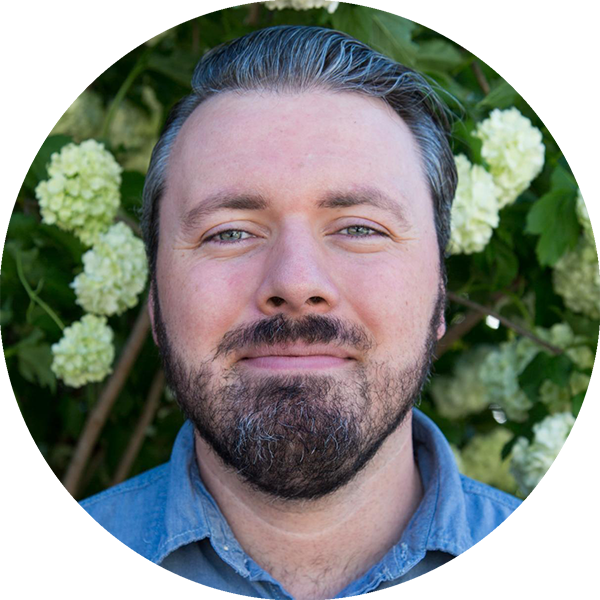 Samuel Gerweck is the special programs coordinator and content strategist for the North Carolina Arts Council. Before joining the North Carolina Arts Council in this role, he was a key team member on the Come Hear North Carolina initiative and the 2019 Year of Music, serving as a content contributor, contract supervisor, and program facilitator. Trained in vocal performance and music theory, he focuses not only on highlighting the great variety of art in this state but also in understanding the people, places, and circumstances that influence its creation.