Raleigh, N.C. (October 11, 2016) — Jackson Martin, Jason Adams, Jaydan Moore, and Andrew Hayes, all of the Asheville area, have a received a North Carolina Arts Council Fellowship Award in the category of visual art or craft.

The four artists are among 17 from across the state to receive the 2016–2017 North Carolina Arts Council Artist Fellowship Award. Artists receive a fellowship to support creative development and the creation of new work. Recipients were selected by panels comprised of artists and arts professionals with expertise in each discipline.

The N.C. Arts Council’s Artist Fellowship program operates on a two-year rotating cycle by discipline. Songwriters, Composers, and Writers are eligible to apply for the Tuesday, November 1, 2016 deadline. 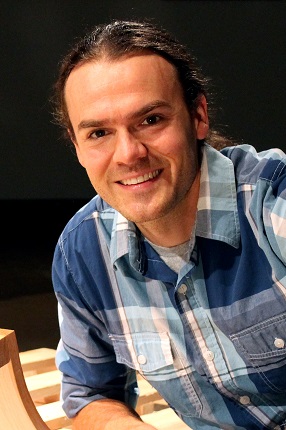 “Over the last ten years, my artwork has evolved into an interdisciplinary approach to sculpture, installation, and photography,” said Jackson Martin. “I combine and intertwine these three media in order to create dynamic experiences for my viewer.”

Martin’s embrace of a broader palette and diverse materials has opened up new possibilities for expression and new ways of observing and commenting on the world around him.

His process involves walks with his camera, which he likens to sketching. His walks often take him “towards environments where nature is reclaiming industry,” not to document decay, but to underscore the resilience of nature. He is also drawn to human-made objects he finds on his way, abandoned and discarded when their initial function is diminished, but resonant with a new vitality when he reworks and combines them into new forms that change or subvert their original meaning. One example is his pallet series, where he steam-bends the planks of the humble support, suspending the newly liberated objects in poses of yearning and flight. These re-contextualized objects give viewers a way of seeing a common form in a different light and help them understand their relationship to the world in unforeseen ways.

Martin received an M.F.A. from the Maryland Institute College of Art. He has had residencies in Denmark and South Korea as well as the Vermont Studio Center. His work has been exhibited widely, including a solo installation at the Penland Gallery. He was a finalist for the prestigious 1858 Prize for Contemporary Southern Art at the Gibbes Museum of Art in 2014. He is currently Assistant Professor of Art at the University of North Carolina – Asheville. For more information about his work visit www.jacksonmartin.com 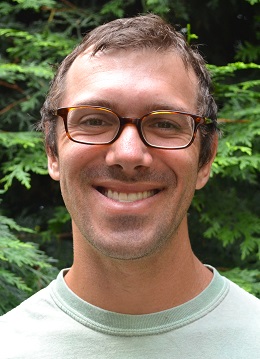 One of Jason Adams’ favorite quotes is from the artist Chuck Close: “Amateurs wait for inspiration; the rest of us just show up and get to work.”

Though still early in his career, Adams has shown that he knows that the work of an artist is represented far better by the hours spent in the studio, thinking and experimenting, than by glib artist statements or slick promotional photos.

Adams also sees his work in the studio as only the beginning of the life of his sculptures and installations. He designs his work as a stage for activity and interaction, where participants create and discover their own meaning within the environments he has imagined. He encourages simple gestures, like leaving paper and pens for hand-written notes that, over the course of an exhibition, help to build a larger story than he started with, both visually and substantively. In this way of working, art is not the end point of his investigations, but rather the vehicle he uses to engage participants in a larger conversation about social issues and ideas. 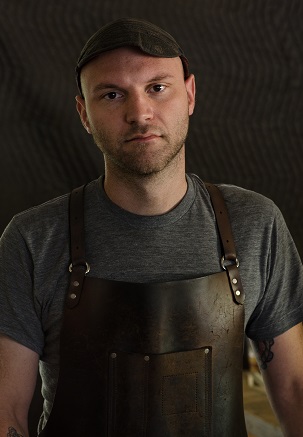 “Alongside the paper, the steel becomes graceful, its subtle colors and surfaces heightened,” he said, describing his work. “Bound together, the paper and steel become something new and unified. No longer a book on a shelf, but a unique object with its own strength and story.”

Hayes’ work resides comfortably in both the craft and visual arts worlds. Exquisitely produced, they bear the mark of an artist in love with the materials he has chosen and with the act of making. Formally, his sculpture has the spare elegance of mid-century modernism, each one an icon of untold meaning. But as much as his work may recall past styles and forms, it also boldly writes its own history and engages the viewer on its own terms.

Currently a resident artist at the Penland School of Crafts, he has had recent solo exhibitions at the Hunterdon Art Museum (N.J.), Appalachian Craft Center (Tenn.), the Seager Gray Gallery (Calif.), and the National Ornamental Iron Museum (Tenn.) His work is in the collections of the Yale Art Museum and the Museum of Fine Arts, Houston, among others. For more information about his work visit http://andrew-hayes.squarespace.com 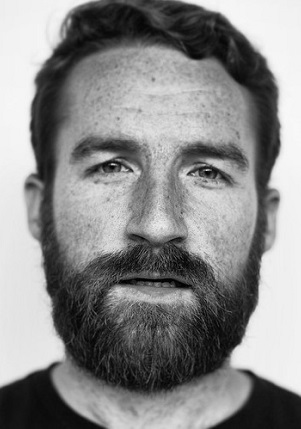 Jaydan Moore is a miner, but not of the traditional sort. Like his prospecting counterparts he is drawn to the preciousness of metals, though less for their monetary value than for the memories and stories they accrete and carry with them as they pass from hand to hand, from user to user.

“I am motivated by how an object moves through the world, changing in meaning as it is passed down, and how it is cherished as its significance grows,” he said.

In his hands, well-loved, silver-plated platters and teapots are deconstructed and reassembled into altered forms and shapes, shedding their former functions, yet still retaining the marks of their use. Even in parts, their origins are usually recognizable with the residue of their former dignity intact. But they gain a protean quality as they transition to the next stage in their evolution, one that honors their past purpose and history and, at the same time, looks forward to the possibility of something unexpected.

“By fabricating a new form out of many fragments from stylistically and historically related objects, I create a new image of what that object means to our society, a representation that takes all memories of its use into consideration,” he explained.

Moore is a resident artist at the Penland School of Crafts. An M.F.A. graduate of the University of Wisconsin, his work has been exhibited in such venues as Museum of Fine Arts-Houston, Racine Arts Museum, and the Museum of Craft and Design in San Francisco. He has won several awards, including an American Craft Council Emerging Voices Award in 2015. For more information about his work visit http://jaydanmoore.com.

For more information about the North Carolina Arts Council and the Artist Fellowship program visit http://www.ncarts.org/grants/grants-artists/artist-fellowships.

About The North Carolina Arts Council

North Carolina has long been recognized for rich traditions in crafts, literature, historical drama, and music. Since 1964, the N.C. Arts Council has worked to strengthen North Carolina’s creativity, invention, and prosperity through its four core functions: creating a strong and efficient arts infrastructure across North Carolina; planning and implementing economic development initiatives; educating our young people; and researching the impact of the arts on our state. NCArts.org

The N.C. Department of Natural and Cultural Resources (NCDNCR) is the state agency with a vision to be the leader in using the state’s natural and cultural resources to build the social, cultural, educational and economic future of North Carolina. Led by Secretary Susan Kluttz, NCDNCR's mission is to improve the quality of life in our state by creating opportunities to experience excellence in the arts, history, libraries and nature in North Carolina by stimulating learning, inspiring creativity, preserving the state’s history, conserving the state’s natural heritage, encouraging recreation and cultural tourism, and promoting economic development.