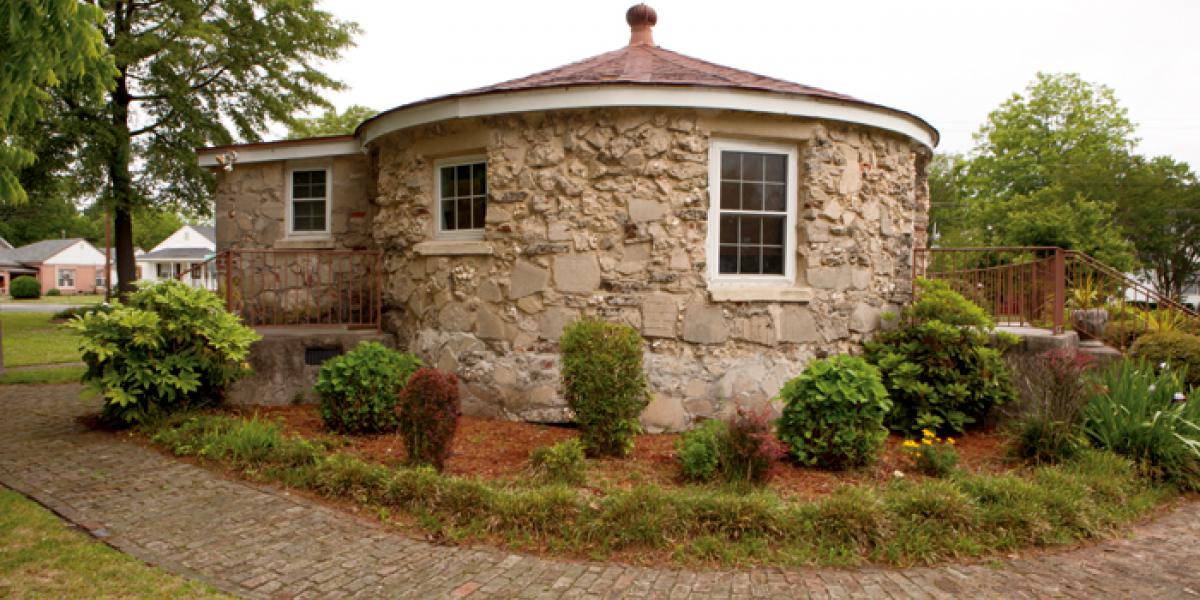 The Arts Council of Wilson County, located in a historic building in the heart of downtown, is a busy cultural center for the region, hosting exhibits, films, performances, and classes that span a wide spectrum of art forms.

In the gallery you will find exhibitions, changing approximately every month that showcase painting, photography, and work in other visual media by artists from Wilson and all around the world. There is also a gallery shop, where you can find lovely handmade gifts.

Among the events that the Arts Council of Wilson County sponsors each year include the Martin Luther King Jr. Celebration, a showcase of Wilsonians’ talent in many art forms. The Arts Council also sponsors the annual Theater of the American South, an important dramatic and literary event that draws many visitors to Wilson. See the events listings of this chapter for details about both.

Wilson hosts the Theater of the American South festival, spon­sored by the Arts Council every May. In addition to musical perfor­mances and works by classic and emerging southern playwrights, there is great local food, a speakers’ series, and an annual quilt show. The plays are presented at the Edna Boykin Cultural Center, a beau­tifully renovated 1919 vaudeville theater, and at the Lauren Kennedy and Alan Campbell Theater at Barton College.

The Oliver Nestus Freeman Round House hosts the Sunday Evening Concert and Movie Series in May and June. The concerts, many by favorite eastern North Carolina jazz and gospel artists, last about an hour; then, as the sun goes down, the movie begins, screened on the lawn.

Wilson’s Downtown Alive concerts take place Wednesday eve­nings from May to September, on Tarboro Street downtown. Crowds gather to hear bands like the Monitors, the Legends of Beach, and the Embers, and to dance to their music on the large outdoor dance floor in front of the stage.

In October, the Barton College/Wilson Symphony Orchestra inau­gurates each concert season with its signature Symphony and Soul program. A wine and cheese reception is followed by a symphony performance with guest soloists. Each year’s program has a different focus, often reflecting both classical music and jazz. Soloists include visiting artists and homegrown Wilson talents.

At the eastern end of East Nash Street, a couple of blocks from where it becomes Highway 264 leading out of Wilson, stands one of North Carolina’s most unusual historic buildings. The Oliver Nestus Freeman Round House Museum is not a railroad roundhouse, as one might suppose, but, literally, a round house. Nestus Freeman, who lived from 1882 to 1955, was an African American master brick and stonemason from Wilson County.

After receiving his degree from the Tuskegee Normal School—now Tuskegee University—and teaching there for a time, Freeman returned to North Carolina and settled in Wilson. The quality of his work garnered great interest among contractors and homeowners in the area, and his masonry graced many buildings, both residential and institutional, in Wilson.

Freeman built the Round House on his own property, and the small, sturdy structure combines the expertise of a highly skilled builder and mason with the improvisational spirit of a folk artist. Its pole and cement structure, which contains odd items like seashells and bottles embedded in the masonry, is covered by Freeman’s signature stonework. When used as a residence (Freeman rented it out, while he and his family lived in a larger home next door), the space was divided into three rooms.

Now one large room, the space houses a collection of photographs, documents, and other artifacts related to influential African Americans in Wilson’s history. It includes information about the many contemporary black Wilsonians who have broken barriers in politics, education, music, and business. An especially striking piece in the collection is a large antique lithograph of Booker T. Washington, which was used as a poster to announce a visit he made to Wilson. Also notable are examples of Nestus Freeman’s crafts—crocheted throws, cement and seashell sculptures, and a large, intricate, brilliantly colored handmade hooked rug. At one time this singular man even had a zoo in his backyard. It is easy to see why he remains a legendary figure, more than half a century after his passing.

The lawn of the Round House is the setting of a Sunday evening concert series in the summer months.

The City of Wilson has a majority African American population, and the contributions of black residents can be seen in all aspects of the town’s culture. Historically, the neighborhoods south and east of the railroad tracks, now known as the East Wilson Historic District, were the heart of black Wilsonians’ civic, commercial, and religious activity. Along East Nash Street commerce thrived, the artery being lined with shops and hotels, medical offices, barbershops, clubs, and many other businesses. Several significant buildings from the early years of East Wilson stand as reminders of black entrepreneurs’ role in building the city.

On the next block to the northeast of Jackson Chapel, at the corner of Smith and Pender streets, is the home of another of Wilson’s oldest African American congregations, St. John AME Zion Church (119 Pender Street East). The ornate Gothic Revival church, constructed in brick and limestone with a three-story tower, was built in 1915 for a congregation that was formed during Reconstruction. St. John AME Zion, pastored today by the Reverend Dr. Michael Bell, is also a church with outstanding music, led by its music minister, Bill Myers. One of St. John’s late 19th century pastors was the Reverend Owen L. W. Smith. Reverend Smith, who was born enslaved in Sampson County, would rise to be President McKinley’s ambassador to Liberia. Other than his years as a diplomat in Monrovia, Smith spent the last 40 years of his life as a citizen of Wilson. A historic marker in Reverend Smith’s memory stands at this intersection.

Across the street from the churches is the Camillus Darden House (108 North Pender Street), currently owned by the Alpha Kappa Alpha Sorority. The colonial revival house was built in 1925. Darden, the son of a prominent local undertaker, was at one time Wilson’s only dealer of Victrola records and Harley-Davidson motorcycles.

If you continue up Pender Street and make a left, you will see the former Mercy Hospital and Tubercular Home. When it was built in 1913, Mercy Hospital was the only black hospital in eastern North Carolina. It remained in operation for 50 years, until the local hospitals consolidated. Today it is the Mercy Center, a local small business incubator.

At the Wilson Arts Council and a few other local spots, you will find the work of Wilson County’s most famous visual artist. The late Vollis Simpson was an internationally recognized self-taught artist who created brightly painted, wind powered whirligigs out of scrap metal—some small enough to fit on a living room shelf, and others tall enough to tower over the average house. The whirligigs, referred to by Simpson as windmills, are built from all manner of castoff machinery and vehicles. A veteran of World War II, Simpson constructed his first windmill while serving in the Pacific. He used parts from a B-29 bomber to build it, and when it was up and running the windmill powered a washing machine he used. Most of the whirligigs that he has built since are decorative. These demonstrate the precision of Simpson’s engineering and metalwork, which coordinates wheels and fan blades and other moving parts into beautifully choreographed motion. Simpson’s whirligigs are featured in museums around the country, but the greatest concentration of them is here in Wilson. In an effort to preserve and share them with a greater public, many of the sculptures have been refurbished and moved from Simpson’s Lucama property to downtown Wilson, to the new Whirligig Park.

North Carolina has contributed many luminaries to the world of music and other arts; this heritage is nearly equaled by North Carolina’s contribution to the world of sports. The state has a rich history of Minor League ball—home to great black and white leagues before integration, and Class A, Double A, and Triple A teams that continue to send plenty of prospects to the majors today.

The North Carolina Baseball Museum in Wilson at the historic Fleming Stadium celebrates this tradition, with exhibitions of memorabilia and photographs. North Carolinian baseball players are highlighted, including Buck Leonard, a legend of the Negro League and all of baseball. Leonard was a native of nearby Rocky Mount. Also featured are fellow North Carolinians Enos “Country” Slaughter, Gaylord Perry, Jim “Catfish” Hunter, Hoyt Wilhelm, Luke Appling, and others.

Fleming Stadium is also the home field of the Wilson Tobs, a Coastal Plain League team that has played in this city almost every season since 1908, and has included such star players as the 2011 Cy Young Award–winning pitcher, Justin Verlander. The name “Tobs” is derived from “Tobacconists,” the team’s original name, and their mascot Slugger is a beast familiar to generations of eastern North Carolinians, the tobacco worm. If visiting Wilson in season, be sure to check the Tobs’ schedule at www.wilsontobs.com.

Barton College is an important area arts presenter, with cultural programs throughout the year. The Barton College/Wilson Symphony is made up of musicians from the Barton student body, as well as the wider Wilson community. They give four performances a year. The college’s Theatre at Barton program, which includes drama and other performing arts events, is based at the Lauren Kennedy and Alan Campbell Theater, which opened in 2009.

The Barton Art Galleries in the Case Art Building on campus exhibit the work of students and of visiting artists, and offer lectures and educational programs for the general public. The galleries are open only during the academic year.