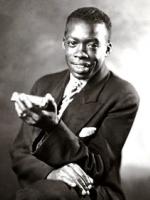 Like many rural families in the 1920s and 30s (and in later decades), African American families in eastern North Carolina often listened to the Grand Ole Opry on the radio. In an era when what was then referred to as “hillbilly music” dominated the high-power broadcasts coming from Nashville, Tennessee, African American harmonica player DeFord Bailey was a star on the Grand Ole Opry. Bailey was one of the Opry’s earliest performers and a popular recording artist, and he toured with such white country music icons as Uncle Dave Macon, Roy Acuff, and Bill Monroe. His legacy was acknowledged...

Among the most legendary gospel­ singing families in North Carolina—and in America—is the Rocky Mount–based Barnes family. The Barnes family includes the late Bishop Faircloth “F.C.” Barnes, his son Luther Barnes, Luther’s cousin Deborah Barnes, and uncles Haywood, William, and Roy Barnes and William Pope, and other family members throughout the region.

Bishop Barnes developed his music ministry at the Red Budd Holy Church, which he founded in 1959 in a storefront in the Nash county town of Castalia. The congregation now wor­ships at its current location in Rocky Mount. Bishop...

Born in Kinston, he studied at the Christian Institute in Franklinton and Shaw University in Raleigh, then left for New York around 1900 to attend the National Conservatory of Music of America—the prestigious institution where Antonín Dvoˇrák had served as director a few years before.

Brymn was an early member of New York’s Clef Club, a professional and fraternal organization of black musicians that helped improve working conditions and showcase talents....

I walked by a church on Sunday. I was about six or seven, and heard this lady singing. And the windows of the church were open. And I said, “Oh, God, if you will let me sing like that!” I don’t know who she was. She was singing “Go Down Moses.” She had that type of voice, that classical kind of voice. And I never found out who she was, but she inspired me as a child. And from that day, God anointed me to sing.

In the late 1950s, Roberta Flack, the future star of soul music, became the first lead vocalist for the Monitors while living and teaching in Farmville near Greenville. A native of western North Carolina, she graduated from Howard University with a degree in music education at the age of 19 and accepted a position teaching both music and English in Farmville. Even though her stay was brief, former student gospel quartet singer Joe Charles Hopkins has fond memories:

When I was in the eighth grade, Roberta Flack came to our school, and she taught us music and English....

John Henry Fortescue, known as “Guitar Shorty,” was a blues guitarist, singer and musical storyteller with an inventive style. Originally from Belhaven – also the hometown of Little Eva of Loco-Motion fame – Guitar Shorty had an assertive style heavy on boogie beats and often used a bottleneck slide.

He lived near Elm City in the early 1970s. Were he living today, he might be identified first as a performance artist, and then a blues musician. He was a small man who played a big guitar spangled with flower decals. Some of his recorded performances were on-the-spot... 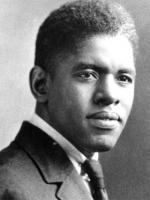 Greenville native Hubert Walters was the first black student to receive a graduate degree at East Carolina University, the MA in music in 1965. Since childhood, when he heard him perform in Greenville, he has held a deep admiration for the tenor Roland Hayes (1887–1977).

Hayes, the son of former slaves, grew up in Georgia and Tennessee. Hayes attended Fisk University, where he sang tenor for the world-famous Fisk Jubilee Singers. Over the course of his long career, he toured America and Europe, and sang in London for King George V and Queen Mary (a private concert given at their...

As described by Hubert Walters, “He was an exceptional musician; and I can say that now, having studied music and gone through graduate work and so forth, that he was really a musician ahead of his time.”

He graduated from the Eastern Tar River Institute run by black churches. Then he studied with a white teacher, Allison Hearn, which was unusual for the time, but she saw his talent. His music was an integral part of the service, as he chose music related to the message of...

The Tarboro soloist Verdell Robinson sings at area churches and events. “When I hear a song, it’s the words that get into my spirit, and that’s what makes me want to sing.”

Bandleader Harold Vick was born in Rocky Mount in 1936. Known as a hard bop and soul tenor sax player, he was first given a clarinet as a young teenager by his uncle Prince — an accomplished Virginia-born jazz clarinetist and tenor saxophonist who had been a member of the legendary hot jazz band McKinney’s Cotton Pickers, and recorded with Duke Ellington, Louis Armstrong, and Billie Holiday. Within a few years Vick followed his uncle in taking up the tenor sax as well.

Vick attended Howard University and settled in New York. As a band leader, Vick made his first recording in 1963...

“Papa Root” was the original starter for Kinston drummer Willie Moore’s band. A trumpet player, he brought Melvin and Maceo Parker into his group to play. Melvin Parker says, “We used to listen to Papa Root going to the gig and back, listen to him talk about music, and how music is supposed to be played, and what you’re supposed to do. You know, if you listen, you can learn.”

Papa Root was known as a sharp dresser who just about everybody in Kinston knew. He influenced the Kinston musicians who grew up in the 1940s and 50s.

The Reverend Malkarska Williams is an internationally known gospel artist from Greene County. He comes back to Greene County from his travels, proud of his roots here. Educated in the Greene County School System, he wrote his first song at the age of eight. He is a licensed and ordained minister who has been preaching and singing the gospel for over 20 years and has...

“Here in the country, people really want to have music that touches them,” says composer Earl Wooten, who grew up in Maysville. He credits his family and church with encouraging the musical interests that eventually led to a move to Los Angeles, where he writes music for films.

As a piano accompanist for the North Carolina Spiritualaires beginning in the ninth grade, he learned firsthand the passion behind the music. He learned jazz improvisation from a retired musician who had returned to Greene County from New York. He was influenced by these early experiences, realizing that what...